Skip to main content
RECOMMENDED IN RENT
Moving to NYC after college? Here's how to do it Brick Underground's 2021 guide to co-living spaces in NYC: How to tell the communal disruptors apart The 7 best ways to find a short-term rental while you renovate your NYC apartment NYC apartment leases with major concessions are coming up for renewal. Here's how to negotiate 5 things you should know about renting month to month in NYC
RECOMMENDED IN BUY
How buying real estate in NYC is unlike anywhere else The most expensive neighborhoods in NYC: A buyer's guide for 2021 Buying for the first time in NYC? Be sure to prep your finances first 10 steps to creating a stellar co-op or condo board application
RECOMMENDED IN SELL
A guide to using a no-fee renovation loan from a NYC real estate firm How much does moving to the suburbs cost vs. staying in NYC? What's the best shade of white to paint your NYC apartment if you're trying to sell? Should you sell now or wait? NYC brokers and experts weigh in
RECOMMENDED IN IMPROVE
How to make your NYC renovation more pet-friendly Renovating or adding a kitchen island to your NYC apartment? Here's a checklist The 7 best ways to get your landlord to fix stuff in your apartment Want to use reclaimed materials and appliances for a renovation? Here's what you should know How to deal with flood or water damage in your NYC apartment
New Development Week

The highs and lows of high ceilings

Who doesn't love a high ceiling? Maybe your handyman.

Traditionally, sky-high ceilings have been reserved for penthouse apartments, lofts and some lucky pre-wars, but according to an article in the New York Times this weekend, developers of brand new condo projects have begun offering 11-foot-and-up ceilings in many of their apartments.

It's a trend that's become de rigeuer in exceedingly pricey new developments, says appraiser Jonathan Miller. "It's one of those amenities that you have to have in the current market or you're at a signficant disadvantage," he says.

That said, the dimensions have to make sense. "In all my years in real estate, I've never had a buyer say they want an 'X-sized' ceiling and won't take any less, because it all depends on a space. A high ceiling is not a box you check, it's one element that can make a space work," says Shaun Osher, founder of CORE. In fact, if the ceiling is too high and space too small, it can make a room seem narrow, he says.

The Times also points out the downsides for developers—namely higher construction costs (e.g. more sheetrock for the taller walls, customizable windows and doors) and loss of a couple of floors to sell. One developer tells the paper he estimates it added 10 percent to his building costs—not to mention 10 percent more time to construction.

That makes sense, given that the "high ceiling premium" adds about five to 10 percent to the value of an apartment, says Miller. (In effect, you're thinking of an apartment not in square footage but in its cubic footage, says Leonard Steinberg, president of Compass).

But there are potential downsides to sky-high ceilings for buyers, too. "You can have too much of a good thing," says Osher. In buildings that are floor-to-ceiling windows, higher ceilings mean more glass and less space to hang artwork. Plus it can be tricky to find a space for certain furniture, he adds.

In Europe, developers tend to opt for lower ceilings, says Compass's Steinberg. "It costs more to heat and cool apartments with higher ceilings, and lower ceilings are more energy efficient," he says. In the past, people have complained that it can be difficult to change lightbulbs when a ceiling is too high (in the world of LED lights that rarely have to be changed, it's less of an issue).

But among the upsides are more light, and the ability to make a room very "breathable," says Steinberg, especailly if you don't have a view.  If you have a view, a high ceiling can extend it, of course. And, he says, if a ceiling is high enough, developers may add a mezzanine level.

The possibilities, it seems, are endless.

So, if you're in the market for a sky-high ceiling, we suggest you check out the new condos below: 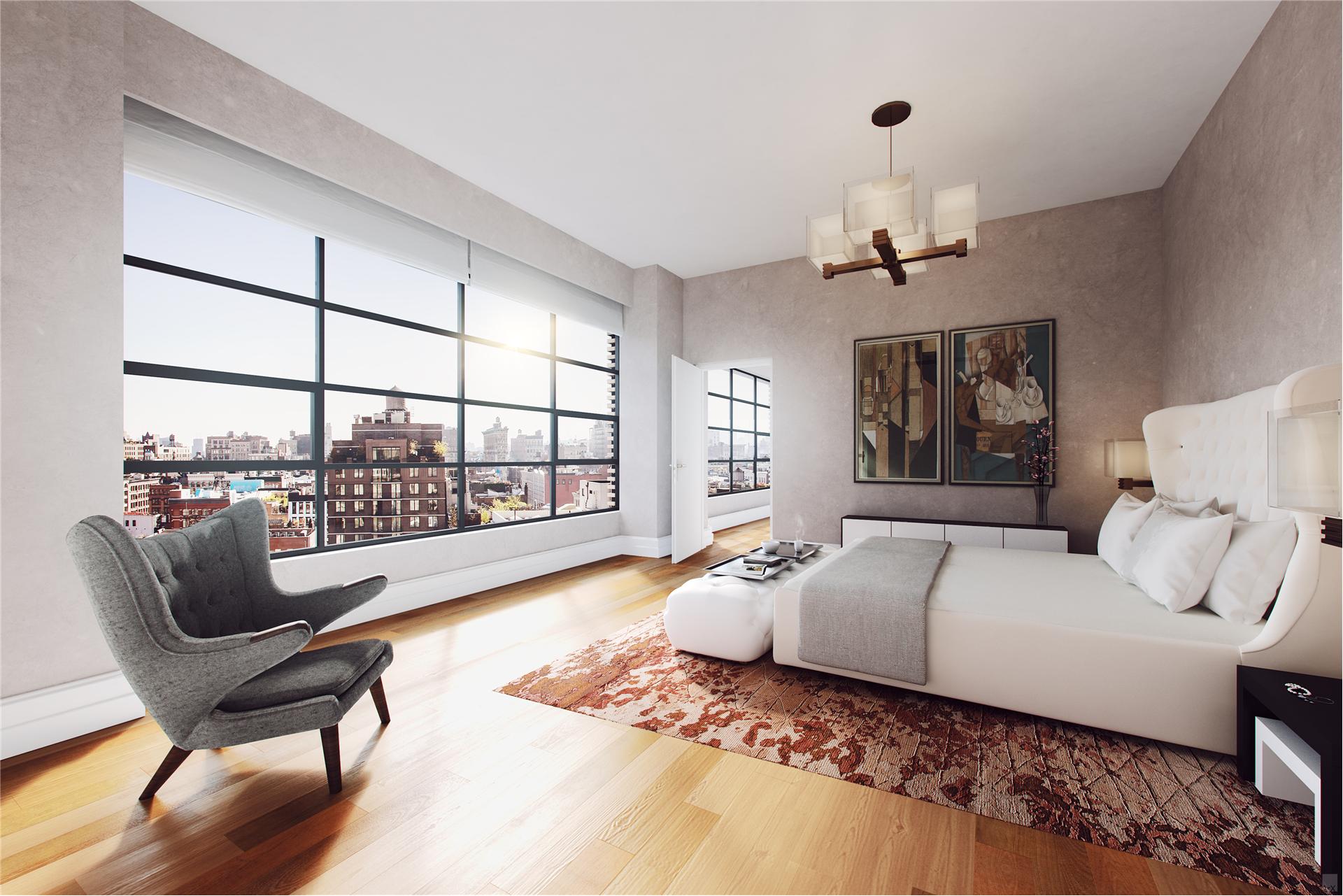 The 11-foot ceilings and oversized windows in this three-bedroom, three-and-a-half bath condo at 10 Sullivan Street in SoHo are going to cost you. $9.75 million to be exact. 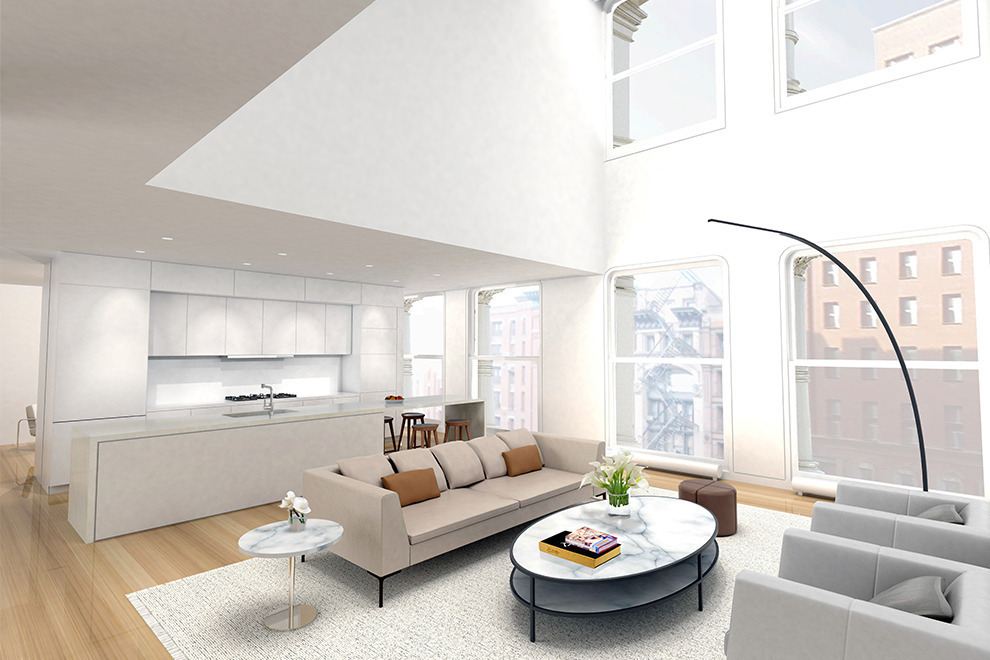 The three-bedroom, three-bath duplex at 67 Franklin has double height ceilings in the living room. At $5.95 million, it's a relative steal. 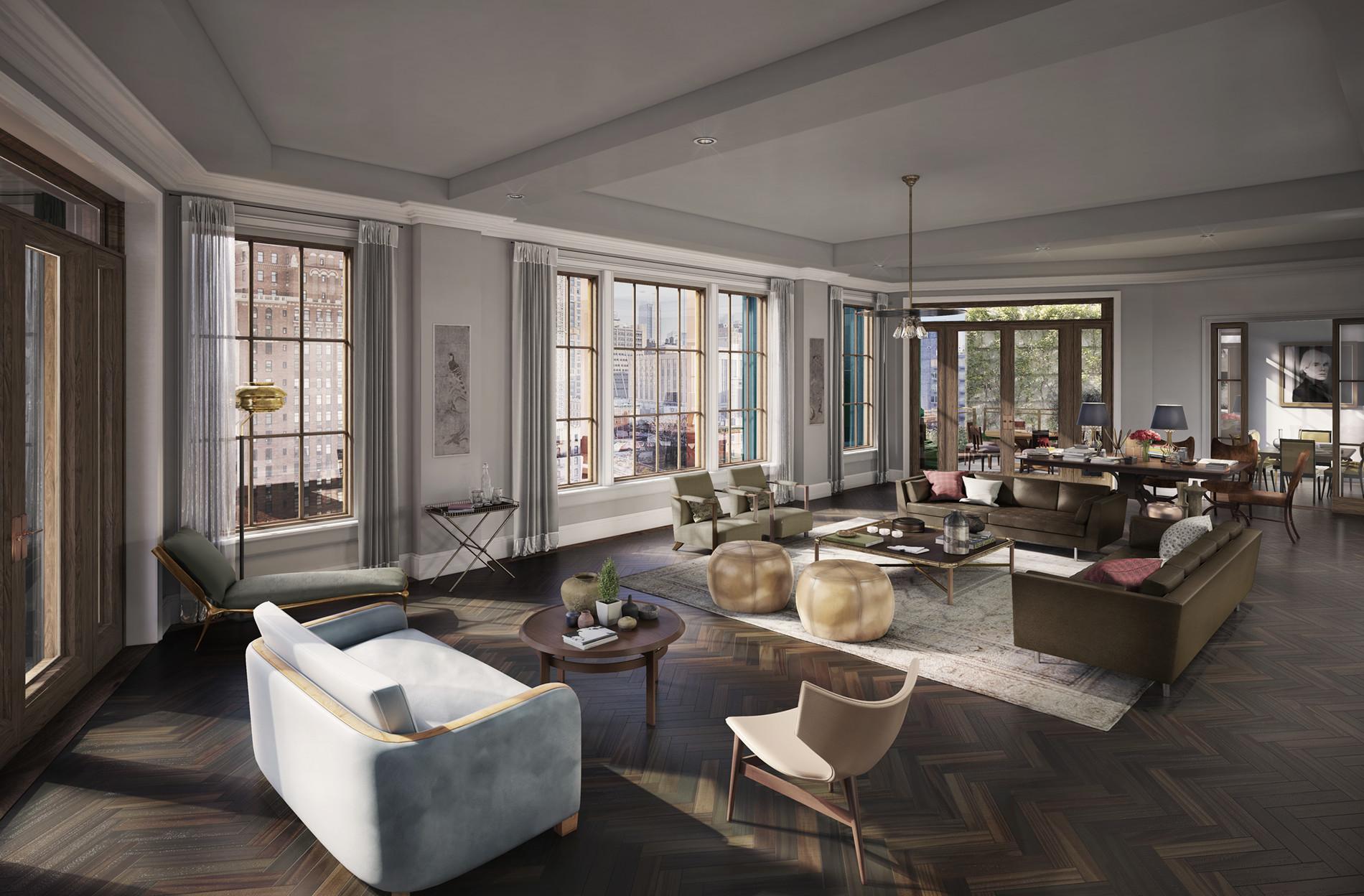 For a slightly smaller budget, you can score this two-bedroom, two-and-a-half bath at 514 West 24th Street, with its 11-foot ceilings. Asking price: $5.35 million.

The Market The Haggle: In new construction, the last buyer gets the discount
The Market Looking at new developments? Don't forget your broker
The Market 12 tips for buying new construction with confidence
Brick Underground articles occasionally include the expertise of, or information about, advertising partners when relevant to the story. We will never promote an advertiser's product without making the relationship clear to our readers.
topics:
New Development Week
SHARE
TWEET
BRICK’S PICKS