Tudor City, a complex of compact co-ops near the United Nations on Manhattan's east side, is consistently one of the best sources of housing stock for the city's studio market, and this most recent listing to hit the market is no exception.

While the apartment still includes original prewar details (most notably those rich, dark hardwood floors), it looks to have been recently outfitted with new stainless steel appliances, including a dishwasher and a built-in microwave. Take note, though, that there's only a half-sized refrigerator, so this isn't the place for budding chefs. 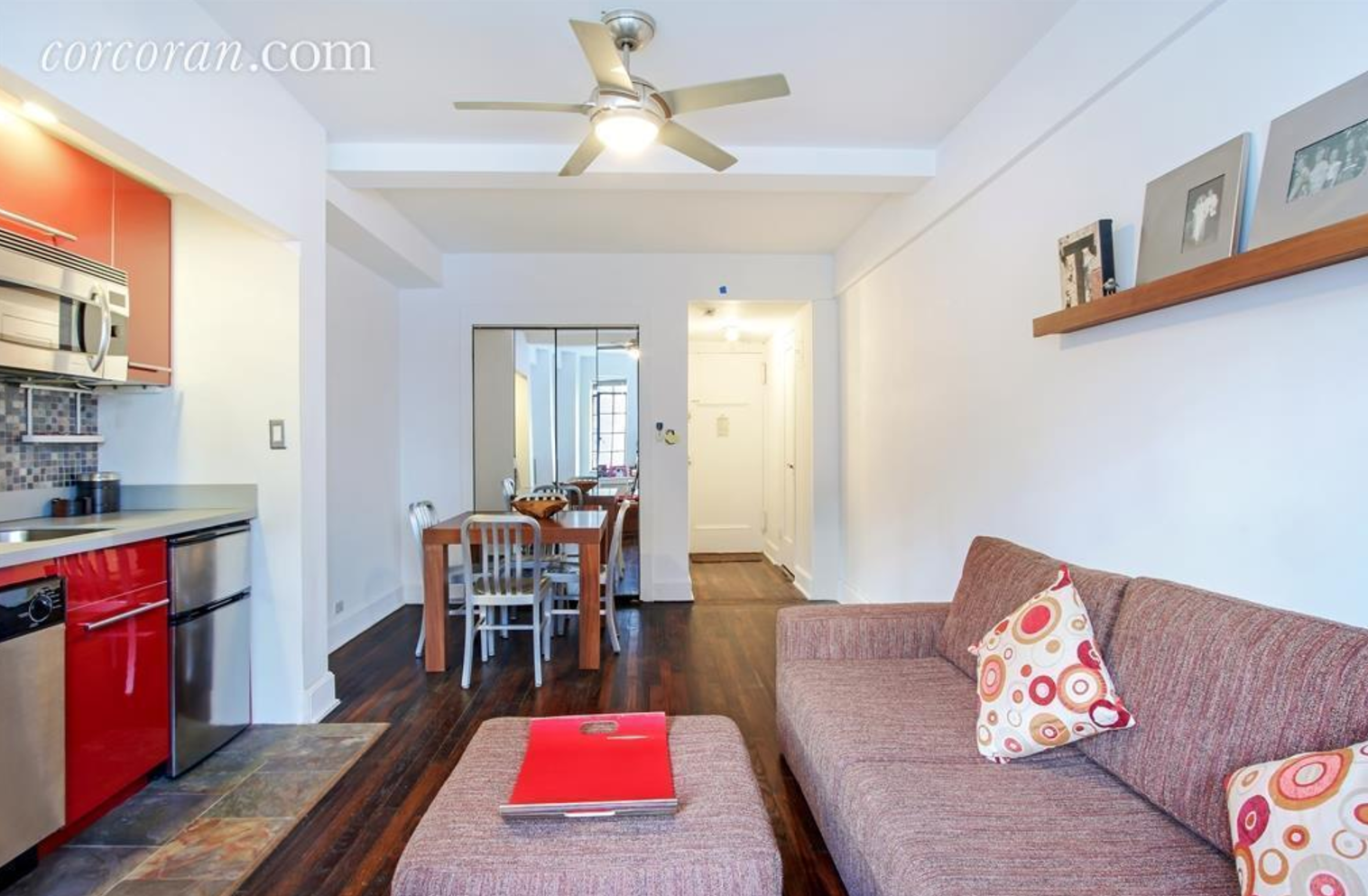 The main living area is spacious enough for couch seating as well as a separate dining area, though if you opt for a permanent bed instead of a pull-out couch, you'll lose some of that perceived space. However, natural light from the large windows (which look out onto the East River and Tudor City Park) helps to create the feel of a more spacious setup than your typical studio. 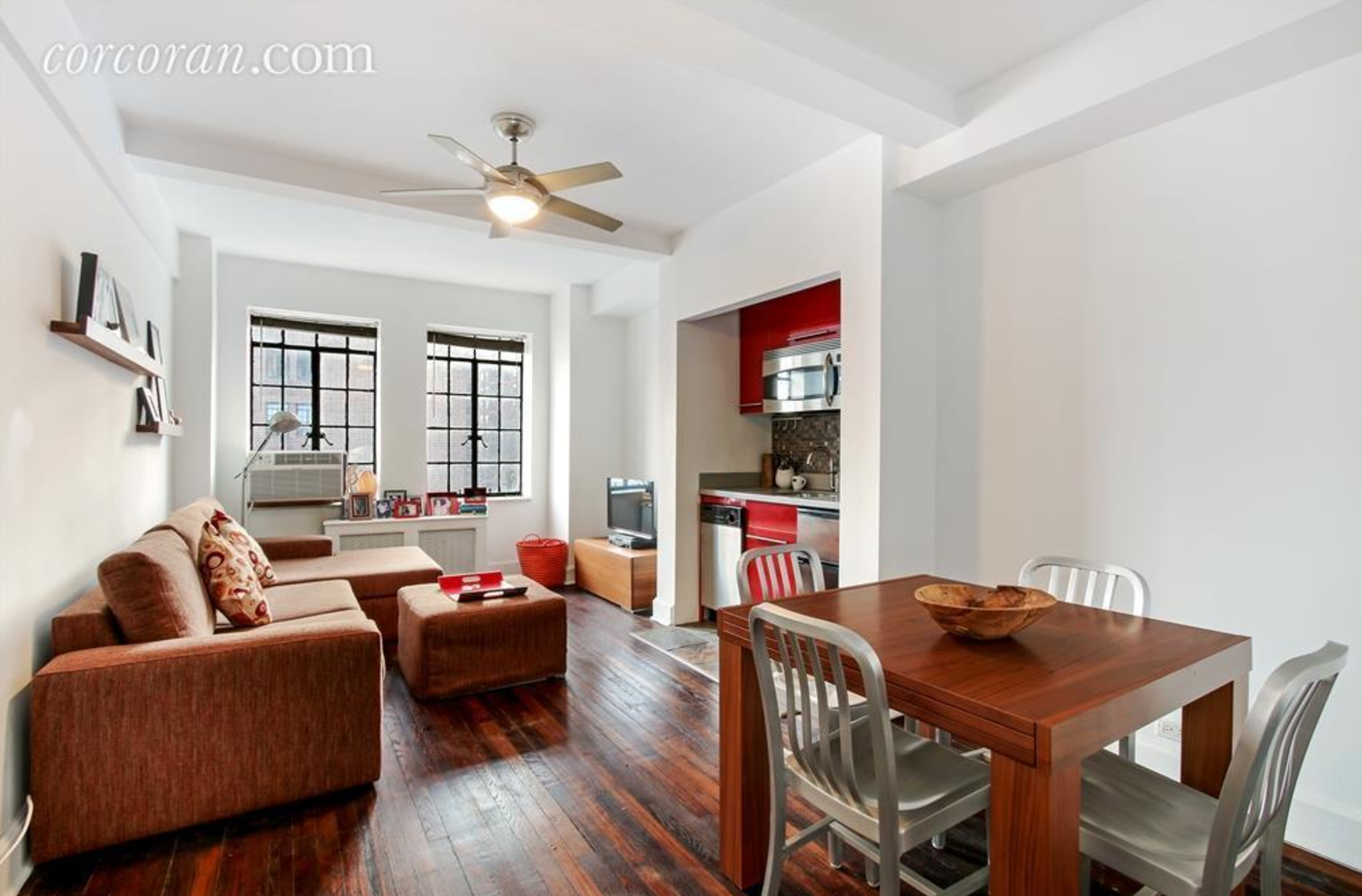 The bathroom is a pretty standard-issue prewar affair, complete with subway tiles, and you'll likely want to add storage, perhaps above-the-toilet shelving. The floorplan also indicates multiple closets, though you'll want to investigate in person to suss out the storage situation. 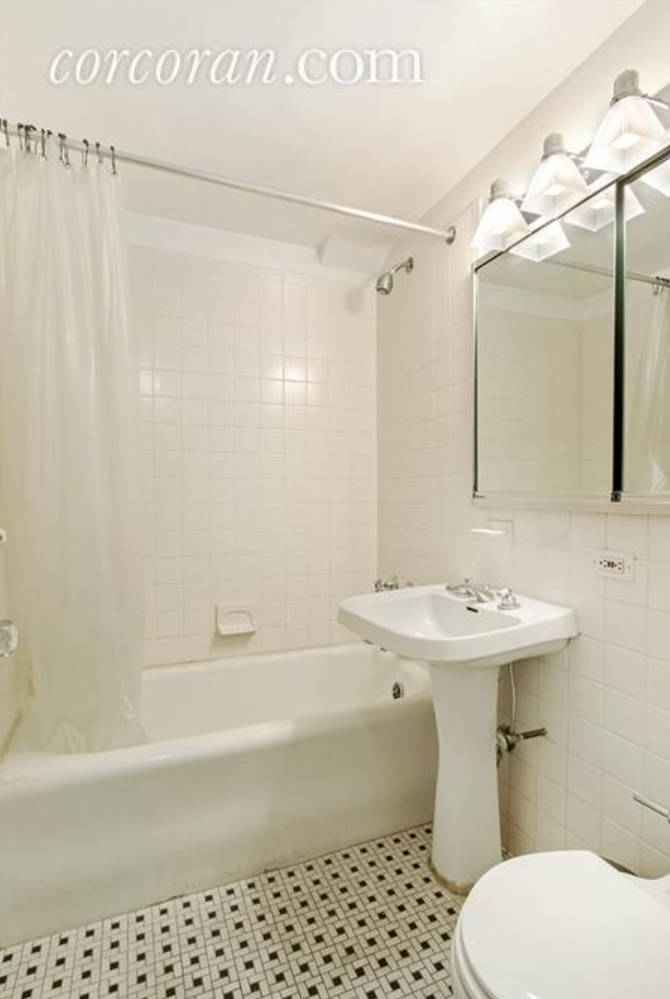 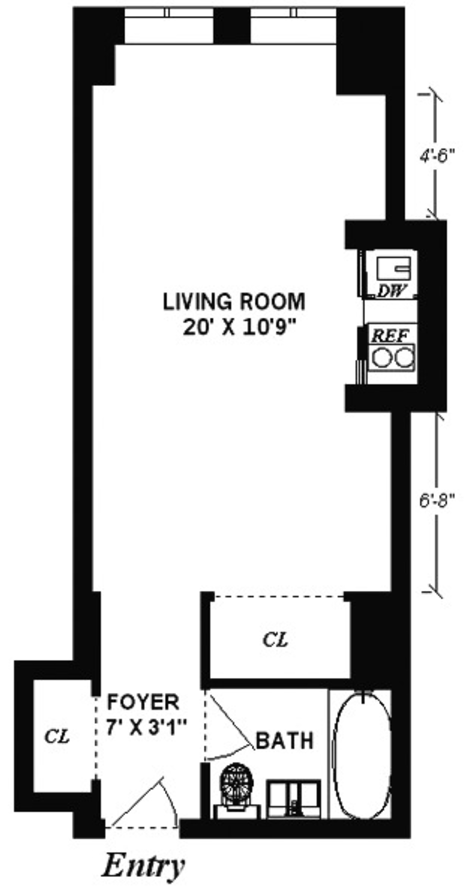 As for the building, there are plenty of appealing extras including a furnished roofdeck, 24-hour doorman, storage, and bike and laundry rooms. Additionally, the policies are somewhat more relaxed than in a typical co-op: Guarantors are accepted, as are pied-a-terres, sublets, and investment purchases. But dog lovers take note—cats are the only four-legged friends allowed here.

Provided you're not an avid home cook who also owns two dogs, at $320,000, this could be an ideal starter apartment for a first-time buyer on the hunt.

Small Wonder Tudor City
Brick Underground articles occasionally include the expertise of, or information about, advertising partners when relevant to the story. We will never promote an advertiser's product without making the relationship clear to our readers.
Share:

How to virtually tour an apartment when you can't visit it