An UWS one bedroom, a short walk from Riverside Park, for $679,000 with no board approval

A virtually staged photo of the co-op's living room shows the southeast-facing windows and hardwood floors.

This co-op doesn’t fall into the freshly renovated category, but has a nicely proportioned layout with windows in every room, a pretty sizable living room and it's in one of the Upper West Side’s most prominent Beaux-Arts buildings, The Manhasset. Plus, it’s just a block from Riverside Park. 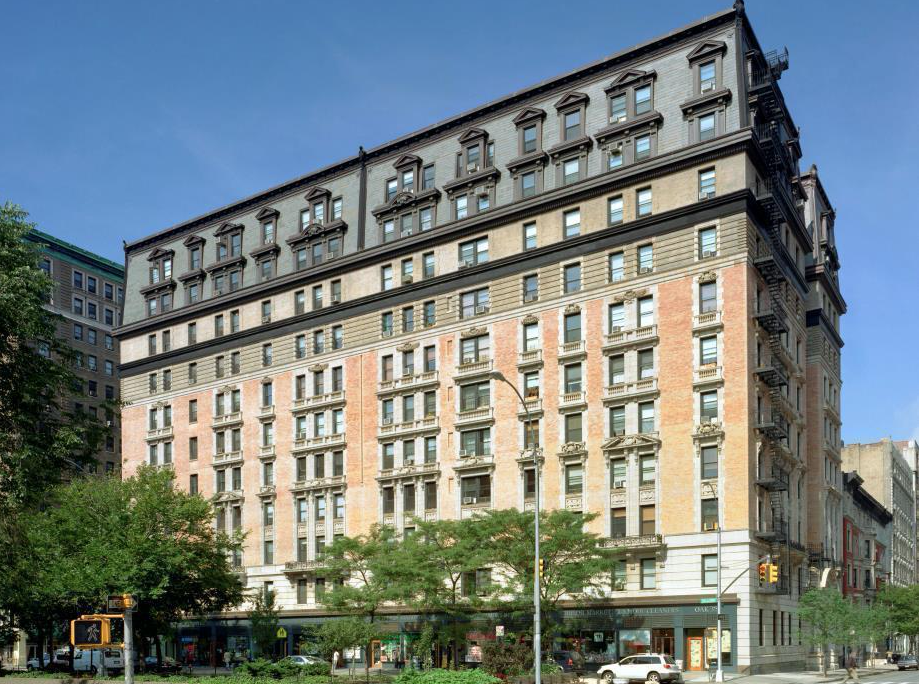 301 West 108th St., #5C, is one of 124 units in the distinctive limestone and orange brick building that stretches an entire Broadway block between 108th and 109th streets. It's at the upper edge of UWS where the neighborhood meets Morningside and the price, $679,000, sits somewhere between the median for similar apartments in both areas; $833,000 on the UWS and $538,000 in Morningside. 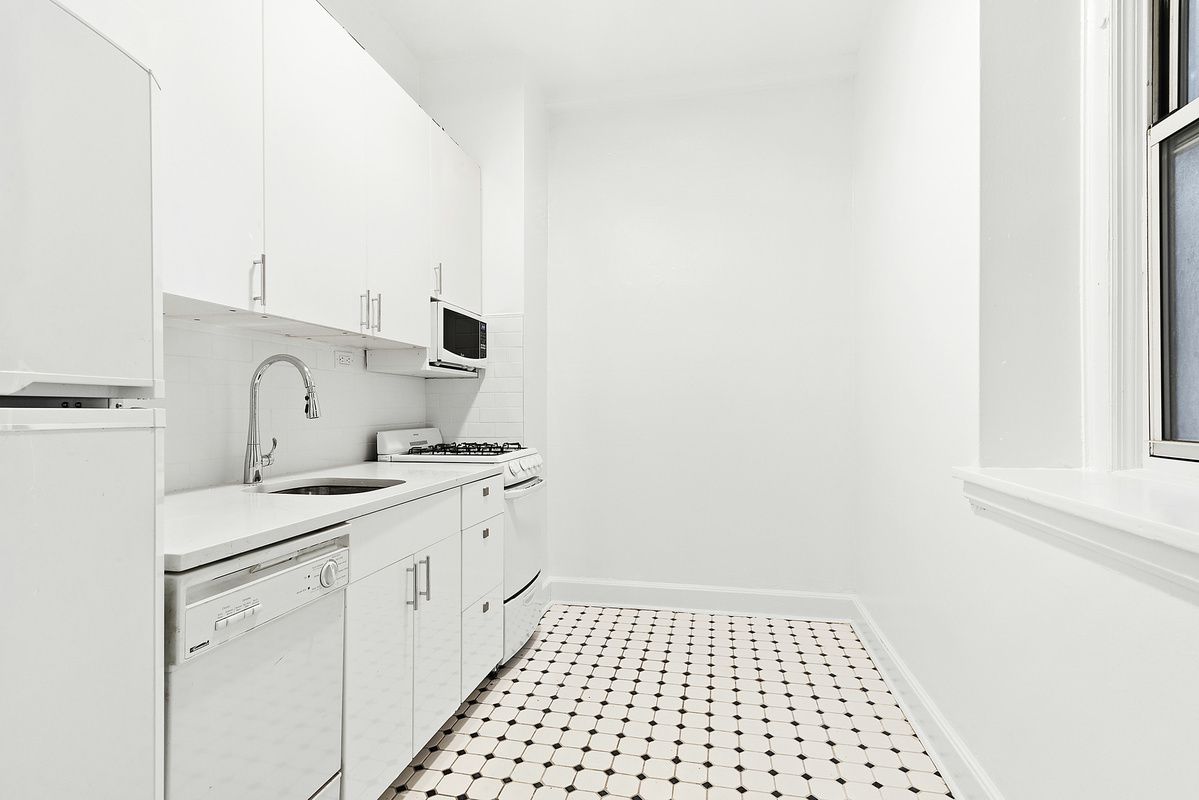 The kitchen doesn't boast top-of-the-range appliances and the cabinetry is outdated, but it does have a dishwasher and a backsplash of classic subway tile. It looks like there's just enough space in the room for some customization, like a rolling butcher's block or even a slim side table, while you debate the pros and cons of a kitchen remodel. 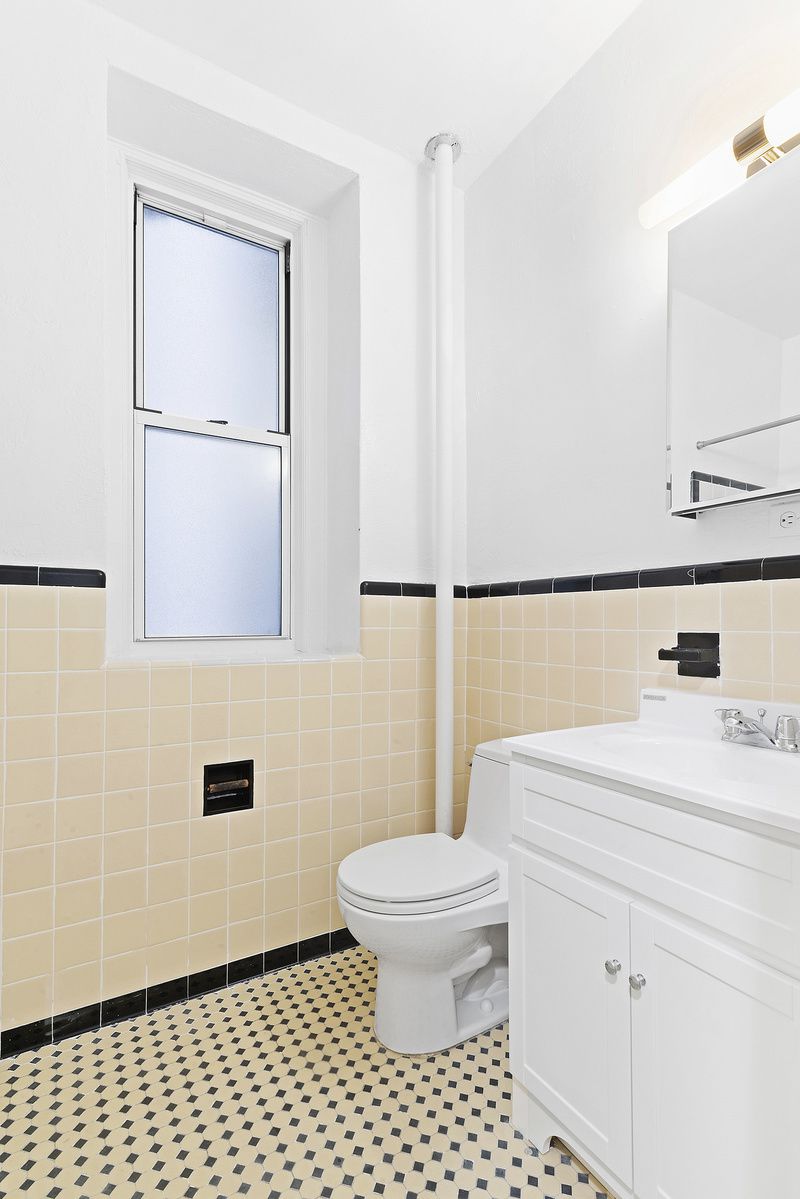 The vanity and toilet in the bathroom appear to have been upgraded but the tile work has the retro look of the '50s or '60s. 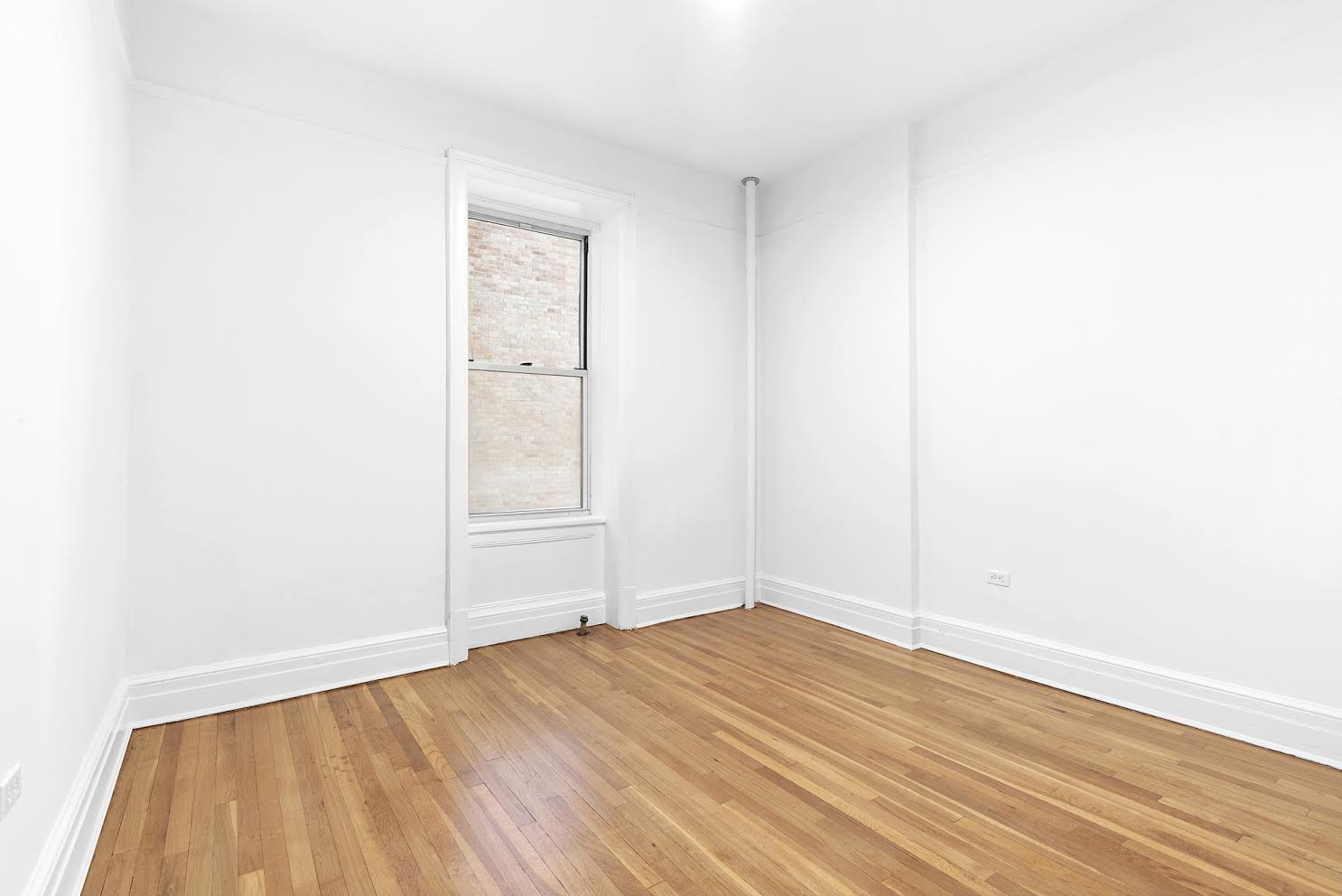 The unit has hardwood flooring and close to 9-foot-high ceilings. The windows in the living room face southeast and you can see the trees on Broadway. Less can be said about the view from the bedroom. At least it'll likely be quiet.

There's no washer/dryer in the unit but there's a laundry room in the building. There's also a live-in super, two elevators and two bike rooms.

The closest subway is the 1, with B and C stops nearby. There’s an open house by appointment this coming Sunday, November 18th, between 1.30 p.m.  and 3 p.m..

Space vs views, lethal balconies, and the downlow on sponsor apartments

Tribeca to Morningside Heights: Another family friendly neighborhood, this time without the snobiness

Ask an Expert: What should we watch out for when buying a sponsor-renovated apartment?

Sponsor co-op of the week
Brick Underground articles occasionally include the expertise of, or information about, advertising partners when relevant to the story. We will never promote an advertiser's product without making the relationship clear to our readers.
Share:

What it's like to live next door to a NYC firehouse

An insider's guide to Bedford Park, in the Bronx

Just moved to NYC? How to make a city of 8 million people feel like home

5 houses in Orlando, FL., where the economy and jobs are booming