Buyers who want a Central Park perch have long been willing to pay a premium to live along those rarefied blocks. But the gap between the prices of those luxury apartments and the rest of the neighborhoods around the park has shrunk, according to a new report from PropertyShark.

The real estate data website found that in 2018, luxury buyers were willing to pay a premium of 25 percent to live on blocks bordering Central Park, making those apartments an extra $277,000 more expensive than apartments within park-adjacent neighborhoods.

The median home sale price of apartments along the first row of blocks was $1,400,000, compared to $1,222,500 within bordering neighborhoods.

The report slices the numbers in several different ways, such as comparing co-ops versus condos along the park. Condos hit peak pricing in 2015, when the median sale price reached $1.8 million, $758,469 more than the median sale price for apartments in nearby neighborhoods, a spike attributed to several pricey sales near the park. 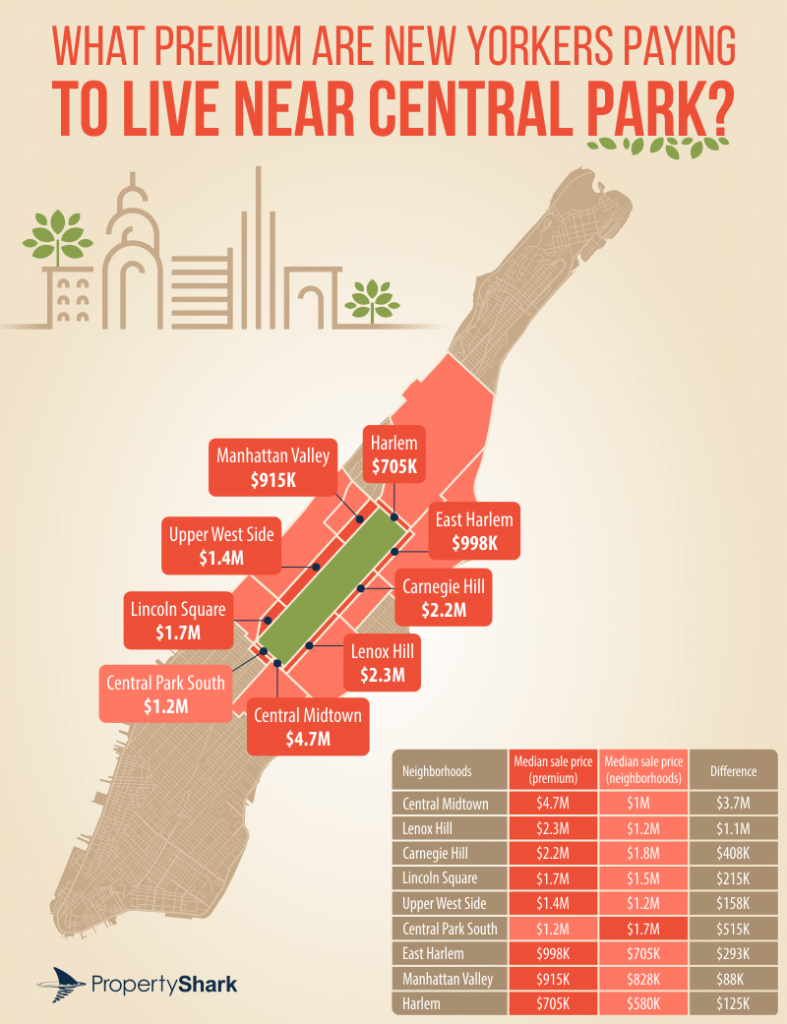 To come up with its data, the site calculated the median price of apartments located along Central Park, and the median home sale price of each neighborhood bordering the park. Only co-ops and condos were included. For 2018, sales between January and August were included. From 2013 to 2017, yearly sales were considered. Some numbers were rounded.

What are the most overrated apartment building amenities?

buying co-ops condos luxury market reports parks pricing selling
Brick Underground articles occasionally include the expertise of, or information about, advertising partners when relevant to the story. We will never promote an advertiser's product without making the relationship clear to our readers.
Share:

The most affordable NYC neighborhoods for renters to score a deal

Dear Ms. Demeanor: No one in our co-op building wants to run for the board. What can we do?