The condo's layout offers some flexibility, which would make a renovation worthwhile.

A block and a half from Central Park, this spacious five-room condo, 58 West 58th St., #3C, has two en suite bedrooms, 10 closets, and over 1,400 square feet of living space. The current median price for condos of this size in Midtown is $2,495,000 according to StreetEasy, which makes this unit's asking price of $1,775,000, look fairly reasonable.

The unit is overdue for some upgrades and the kitchen looks somewhat outdated but there's some flexibility in the layout, which might even allow for the dining room to be converted into a bedroom and make a renovation well worthwhile.

Amenities in the building include a garage, central laundry room, private storage, bike room, live-in super, and a roof deck with views of the park. Monthly common charges are $1,561 and taxes amount to $1,430 per month. 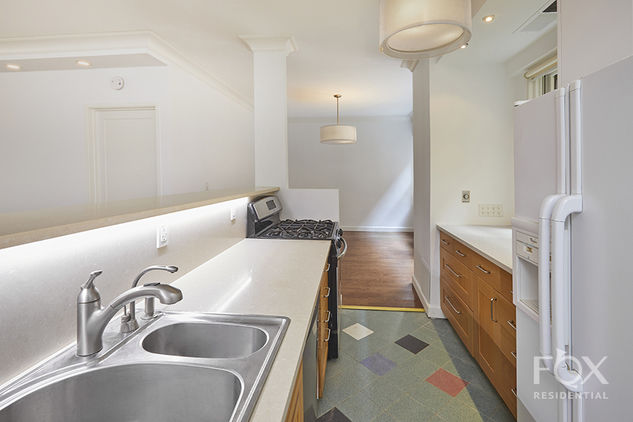 The kitchen is open to the living room but could do with an update and the addition of an island to make it more modern and practical. There's a window just visible beyond the refrigerator. 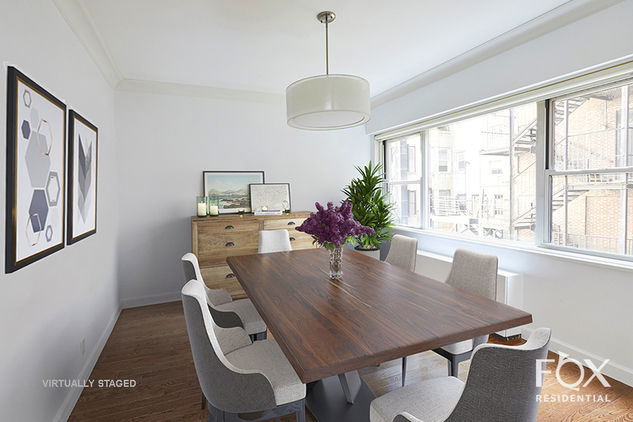 There's dining space with a large south-facing window next to the kitchen. The square footage of the area exceeds 80 square feet, which is the minimum required for a legal bedroom in NYC. That means the condo could easily be converted into a three-bedroom apartment. The current median price for three bedrooms in Midtown is $9,640,000 according to StreetEasy (a number likely skewed by the nearby luxury units on Billionaire's Row). 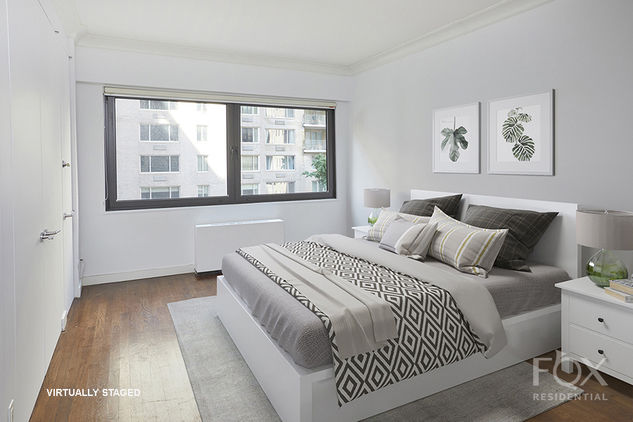 The virtually staged photos of the master bedroom suggest there's plenty of room for a king bed. There's a glimpse of some of the custom closets on the near wall. 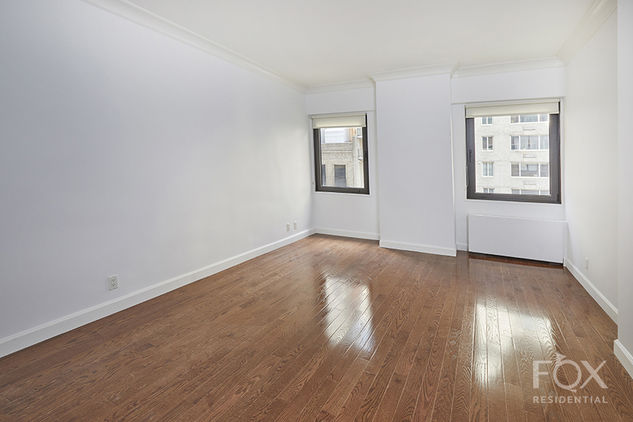 The second bedroom doesn't have closets along the wall but does have a walk-through storage area with display cabinets for shoes and handbags. 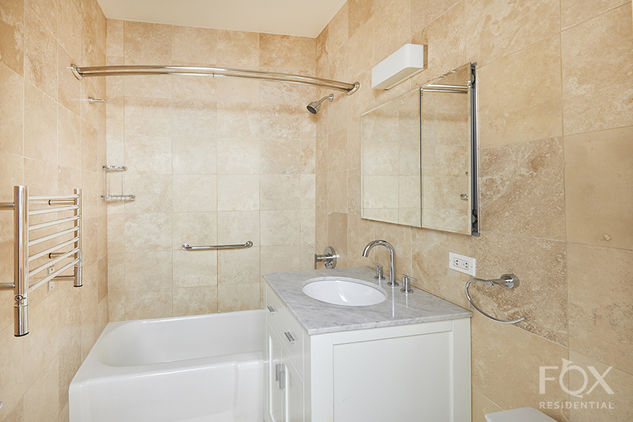 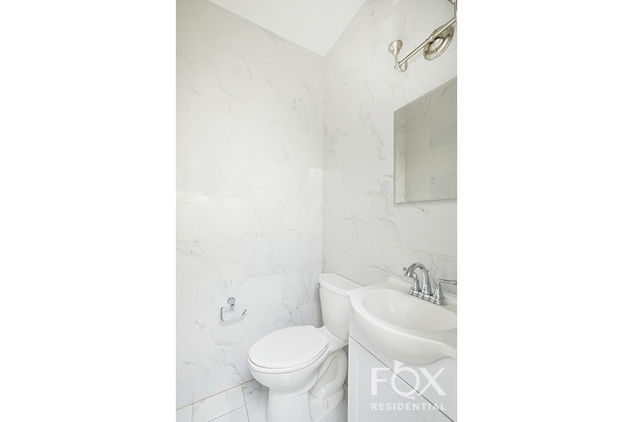 Both en suite bathrooms are tiled in marble and have Toto toilets and towel warmers. There's an additional half bath by the entrance to the apartment. 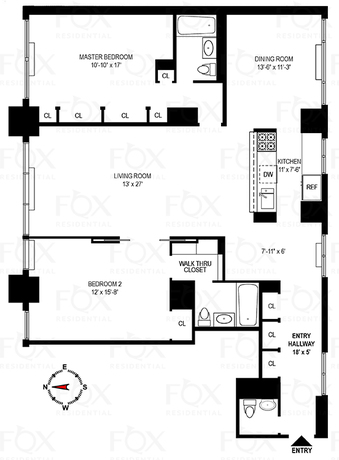 The layout shows the extent of the closets—10 in all, with three in the spacious entryway, which also benefits from south-facing windows.

Tower 58 is a pet-friendly, full-service building with a 24-hour doorman and concierge service. The area is well connected for public transport with major subway lines and crosstown buses within a short walk.

What is a legal bedroom in NYC?

How do you find a NYC apartment with a flexible layout?

amenities closets Condo pick of the week condos luxury parks storage
Brick Underground articles occasionally include the expertise of, or information about, advertising partners when relevant to the story. We will never promote an advertiser's product without making the relationship clear to our readers.
Share: