The living room has high ceilings and oversized windows.

This two-bedroom, two-bath duplex, 204 Monroe St., #4C, is a new development in Brooklyn’s Bed-Stuy neighborhood and is being offered at $1,049,000. There are 10 units (all one and two bedrooms) in this four-story building, and maintenance for this condo is $341 with monthly taxes of $108.

The price of this unit came off by $100,000 about three months ago but it is still well above the median price of $845,000 for two-bedroom units in the area. That said, construction was completed last year and each unit is well appointed with large windows, central AC and heat, hardwood floors and in-unit washer/dryer hook-ups. This particular unit, one of the last three yet to sell, has a private deck off one bedroom and a balcony off the other.

Bear in mind that developers are increasingly keen to do deals as transactions have slowed in recent months, giving buyers plenty of opportunities to negotiate. 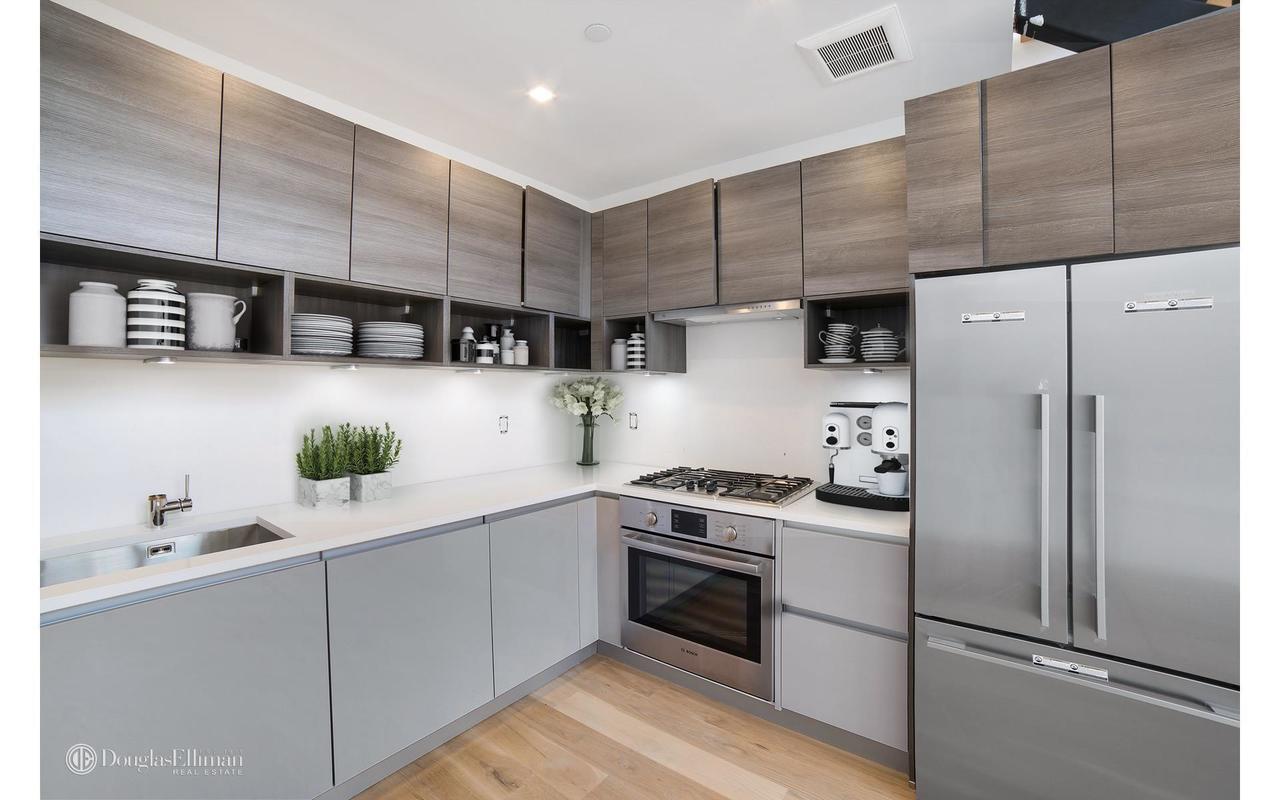 The kitchens are finished with quartz countertops and stainless steel appliances including a Bosch gas range and dishwasher, and a Fisher & Paykel fridge freezer. The kitchen is open to the living room and has open shelving and under-cabinet lighting. 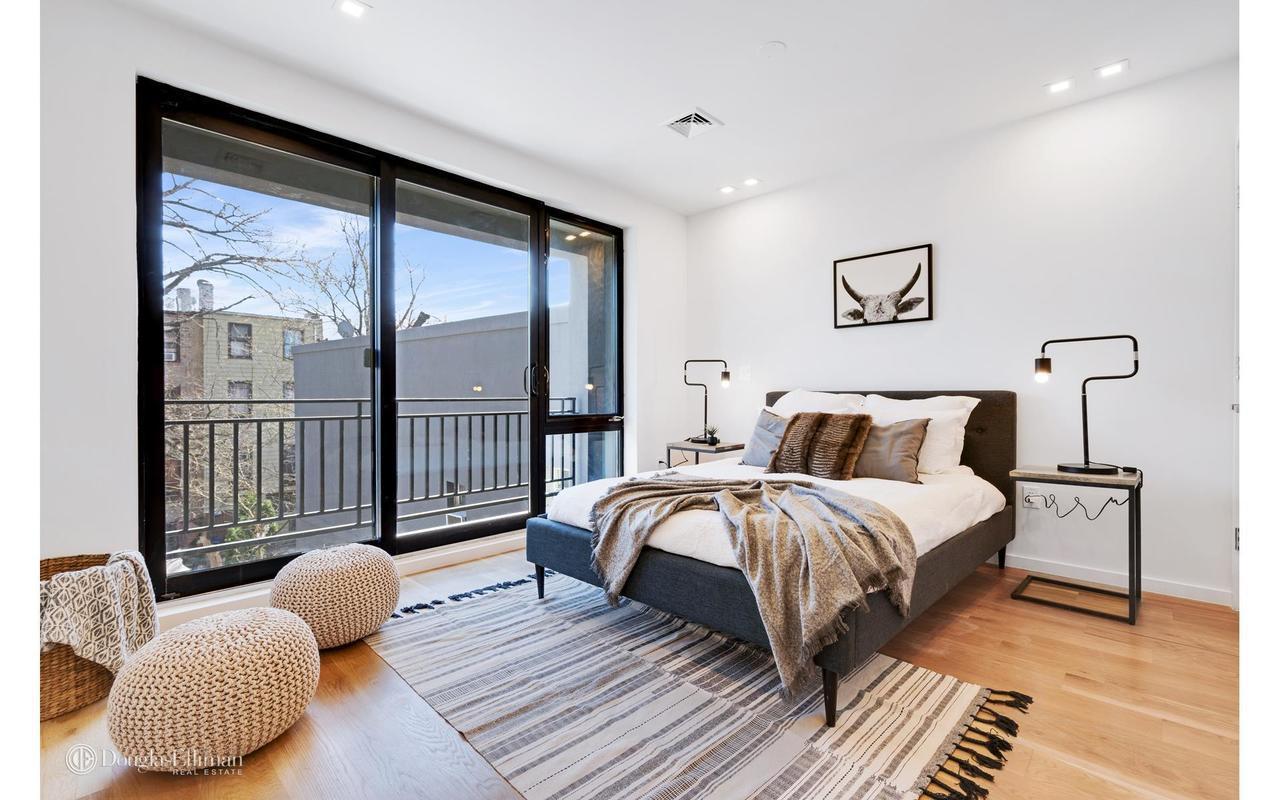 The larger of the two bedrooms is on the lower floor and has a built-in closet and access to a small balcony. Both bedrooms face south, which is a good orientation for natural light. The downside is that the living room faces north which is the opposite—not good for natural light. 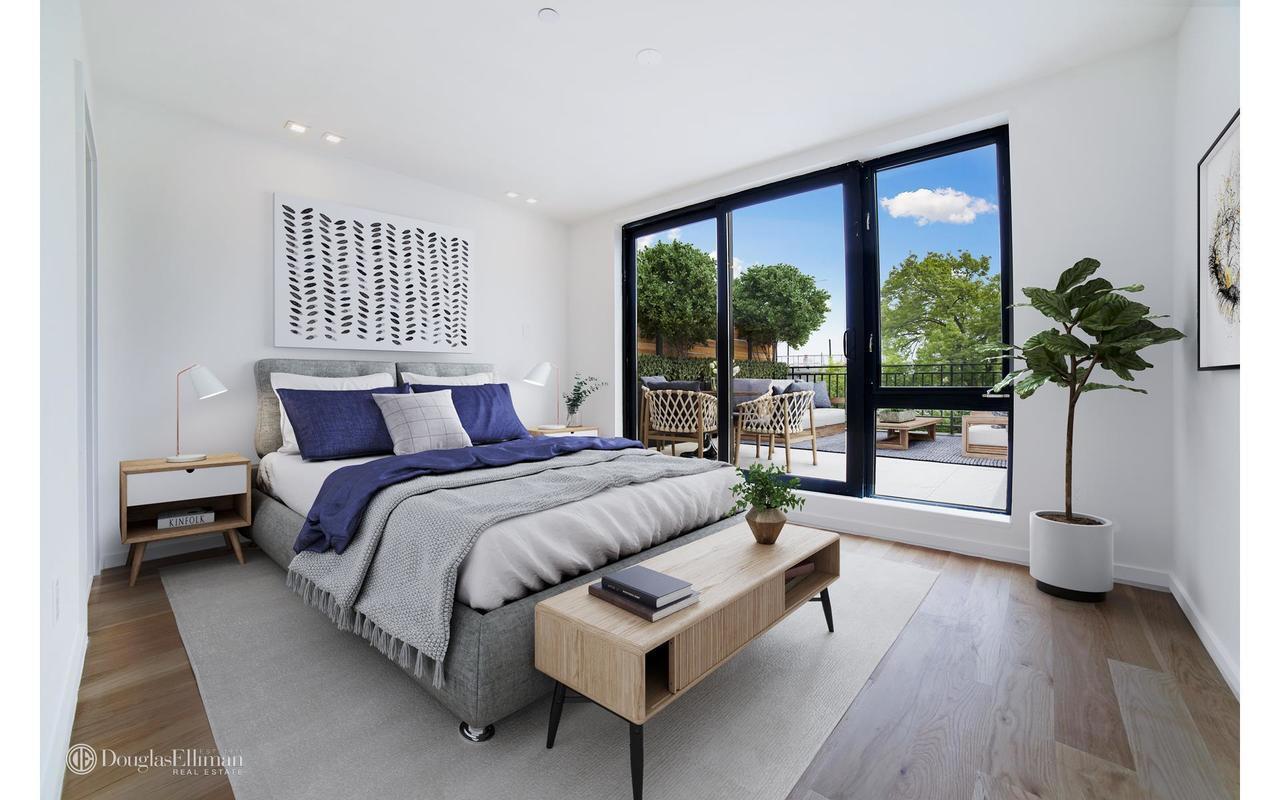 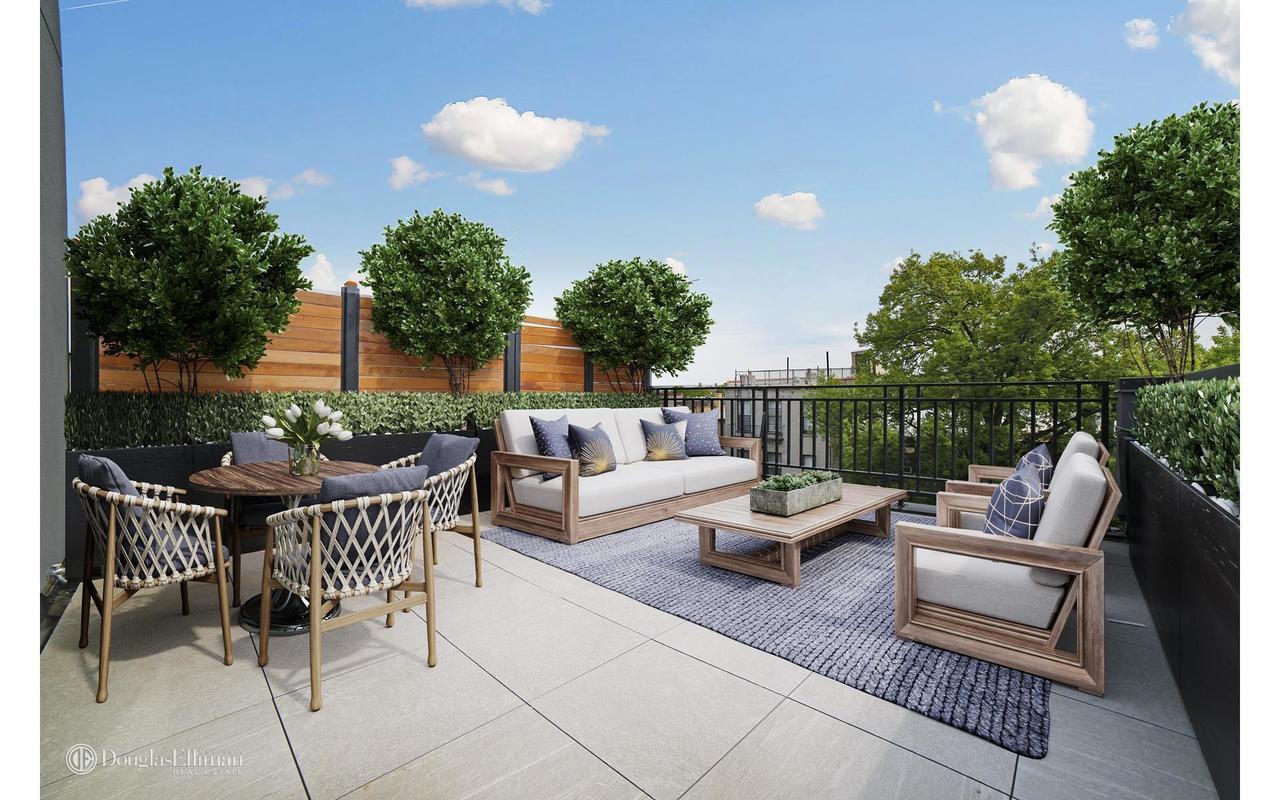 The smaller of the two bedrooms is on the upper floor. It has an en suite bath and access to a 220-square-foot roof terrace.
Although there are no pictures of the bathrooms, a similar unit by the same developers six blocks further north just went into contract, 511 Lafayette Ave.,#4C, and has a sense of the developer's aesthetic. We're told the en suite bath is finished in porcelain and there's an integrated sound system in both bathroom mirrors. Opposite the lower floor bathroom is a closet, which houses the washer/dryer. 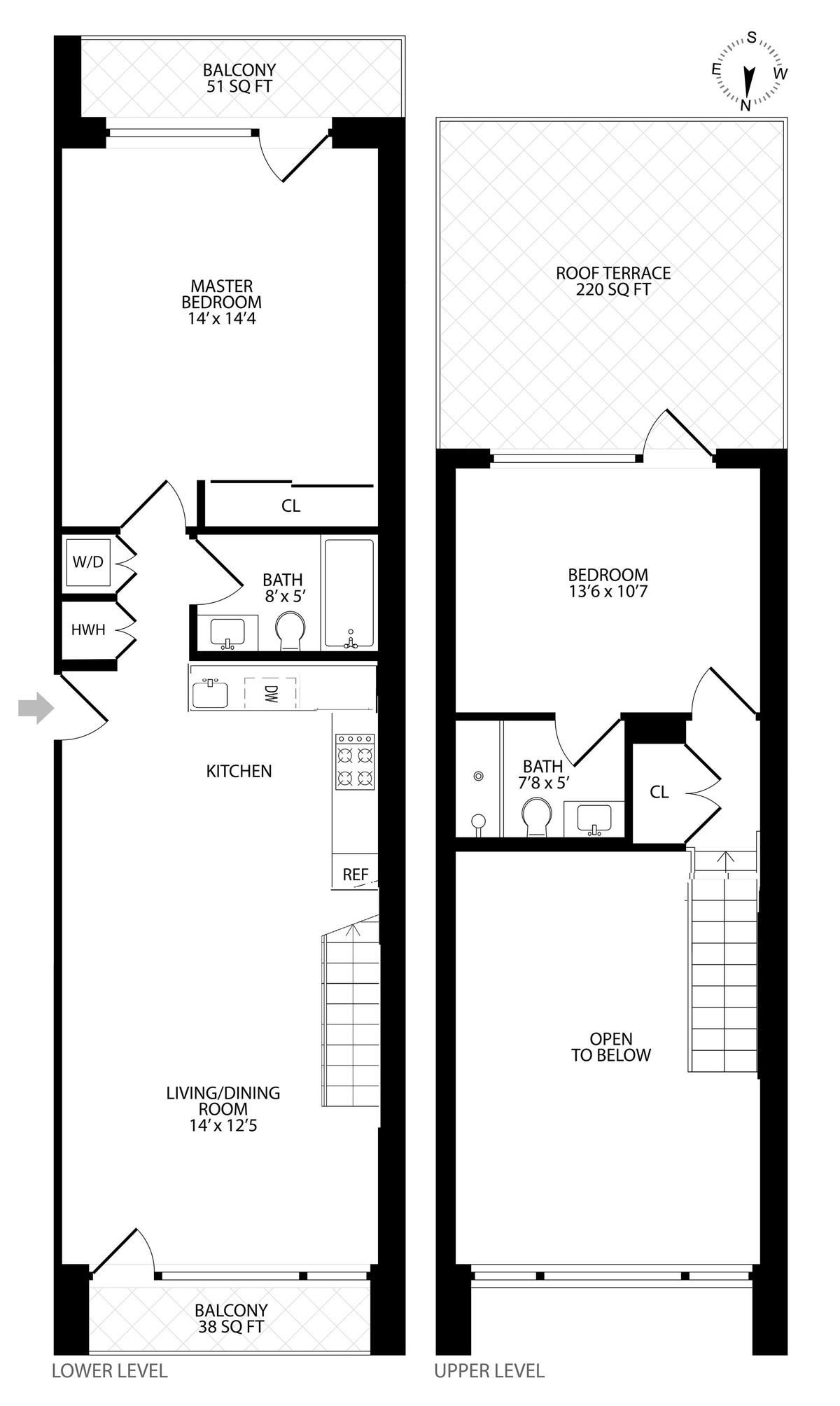 With trains nearby, it's an easy commute to the city's main business areas, though there are no train stops that are accessible to people with wheelchairs or strollers. There's lots of construction going on in the neighborhood but current zoning mostly preserves Bed-Stuy's low-rise character.

A timeline for buying in a new development: From preparing your financing to closing

Bedford-Stuyvesant Brooklyn Condo pick of the week new development
Brick Underground articles occasionally include the expertise of, or information about, advertising partners when relevant to the story. We will never promote an advertiser's product without making the relationship clear to our readers.
Share:

Can you back out of a contract to buy because of coronavirus—and keep your deposit? It depends

What new changes to Local Law 11 do buildings need to know about?