Skip to main content
RECOMMENDED IN RENT
Moving to NYC after college? Here's how to do it Brick Underground's 2021 guide to co-living spaces in NYC: How to tell the communal disruptors apart The 7 best ways to find a short-term rental while you renovate your NYC apartment NYC apartment leases with major concessions are coming up for renewal. Here's how to negotiate 5 things you should know about renting month to month in NYC
RECOMMENDED IN BUY
How buying real estate in NYC is unlike anywhere else The most expensive neighborhoods in NYC: A buyer's guide for 2021 Buying for the first time in NYC? Be sure to prep your finances first 10 steps to creating a stellar co-op or condo board application
RECOMMENDED IN SELL
A guide to using a no-fee renovation loan from a NYC real estate firm How much does moving to the suburbs cost vs. staying in NYC? What's the best shade of white to paint your NYC apartment if you're trying to sell? Should you sell now or wait? NYC brokers and experts weigh in
RECOMMENDED IN IMPROVE
How to make your NYC renovation more pet-friendly Renovating or adding a kitchen island to your NYC apartment? Here's a checklist The 7 best ways to get your landlord to fix stuff in your apartment Want to use reclaimed materials and appliances for a renovation? Here's what you should know How to deal with flood or water damage in your NYC apartment
Sponsor co-op of the week

A renovated two bedroom in Riverdale for $330,000, no board approval required

The last two bedroom to sell in the building went below asking, for $310,000, at the end of last year.

Riverdale in the Bronx is just south of the Westchester County line. Property values have increased in the area over the years—the median sales price is $305,000, which is an 8.3 percent increase year over year. Sales, however, are down for the second consecutive quarter according to Douglass Elliman's most recent data.

With its sprawling green spaces like Wave Hill Gardens, and Seton Park, Riverdale can feel somewhat removed from New York City but if you can handle the commute, this two-bedroom apartment, 3840 Greystone Ave., #4L, is being offered at $330,000 which is significantly below the current median sales price of $420,000 for two-bedroom units in the neighborhood.

Granted the nearest subway station, 238th Street for the 1 train, is at least a 10-minute walk away but the co-op has plenty to recommend itself: It is a corner unit so it has the advantage of getting light from two directions, it is newly remodeled with hardwood floors, and it has a live-in super, package room, virtual doorman, and an elevator. Monthly maintenance is $1,183.

The kitchen is open to the living room and has white Shaker-style cabinets and stainless steel appliances including a dishwasher. There's a breakfast bar separating the kitchen and living area, which is on the small side. 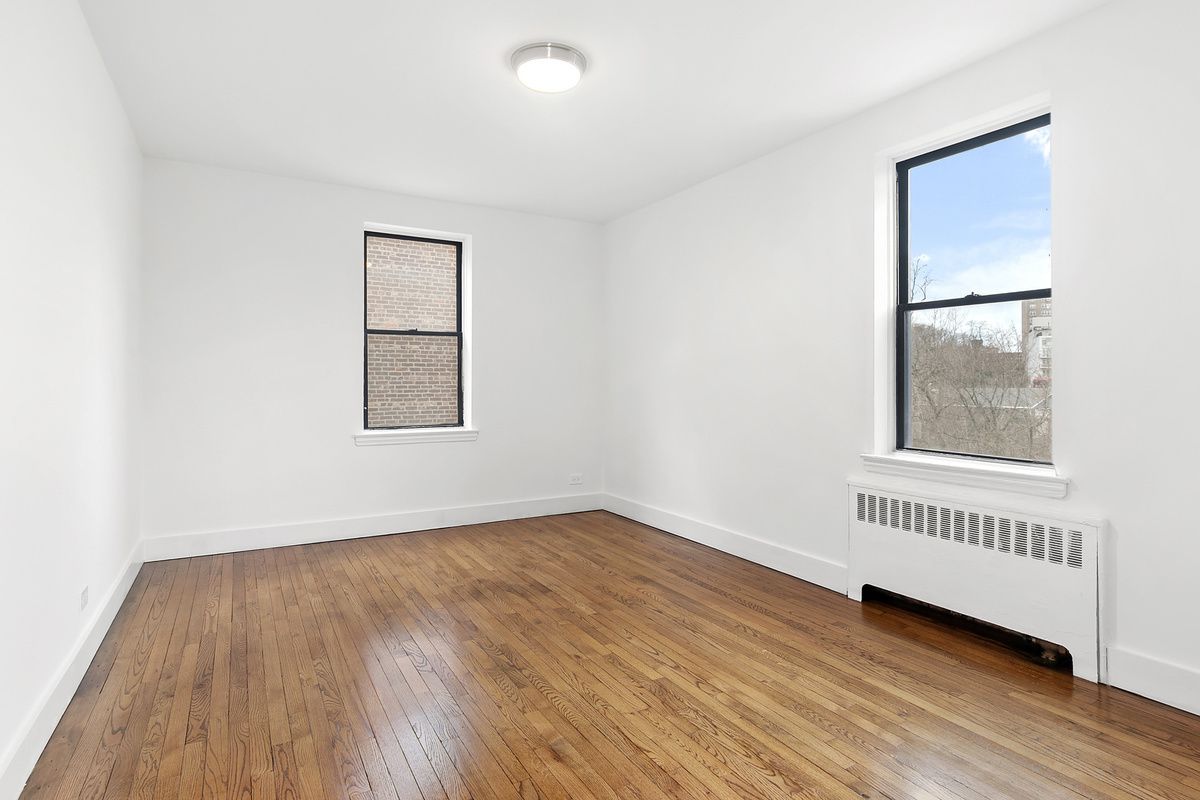 The last two-bedroom to sell in the building went for $310,000 at the end of last year, which was below asking. The larger of the two bedrooms has windows facing northwest and southwest. There are closets in both rooms and an additional storage area opposite the bathroom. 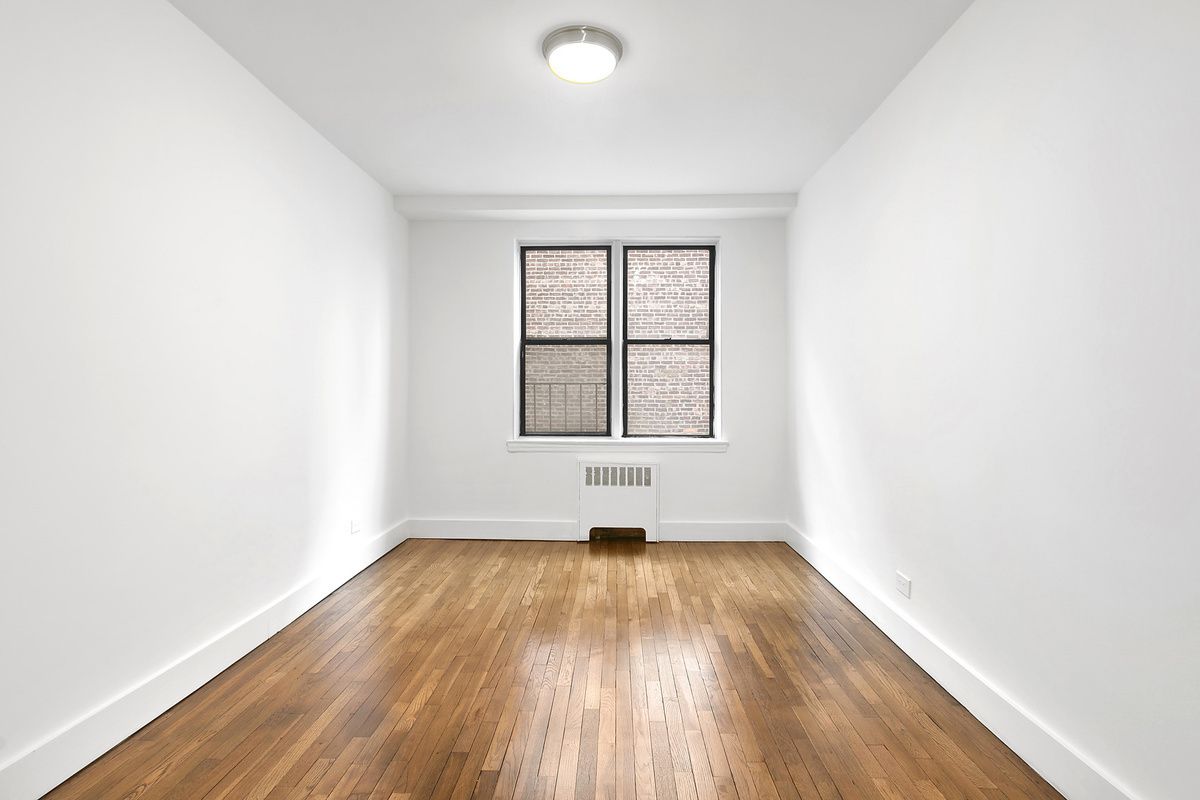 The second bedroom is a little smaller and has a double window overlooking the building. The co-op is pet-friendly and although there is no washer/dryer in the unit, there are laundry facilities in the building. 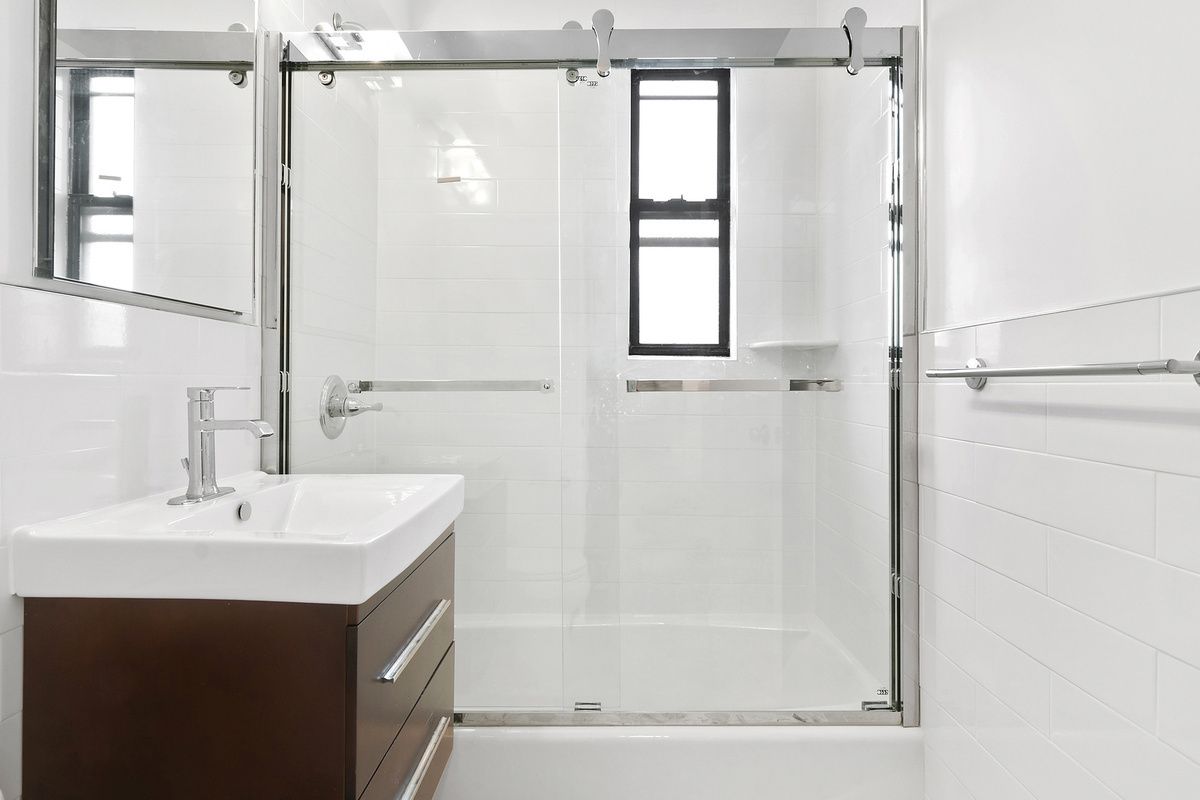 The bathroom has white subway tile, a tub/shower unit, and a floating vanity. 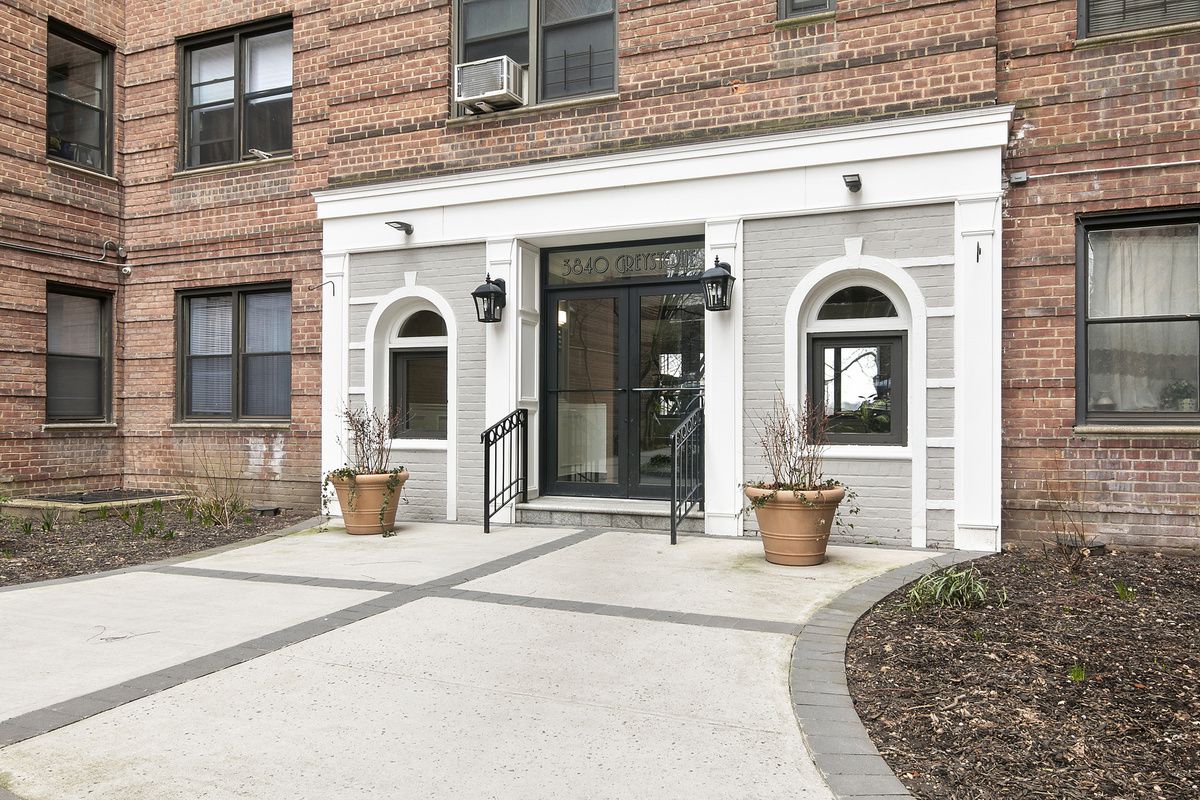 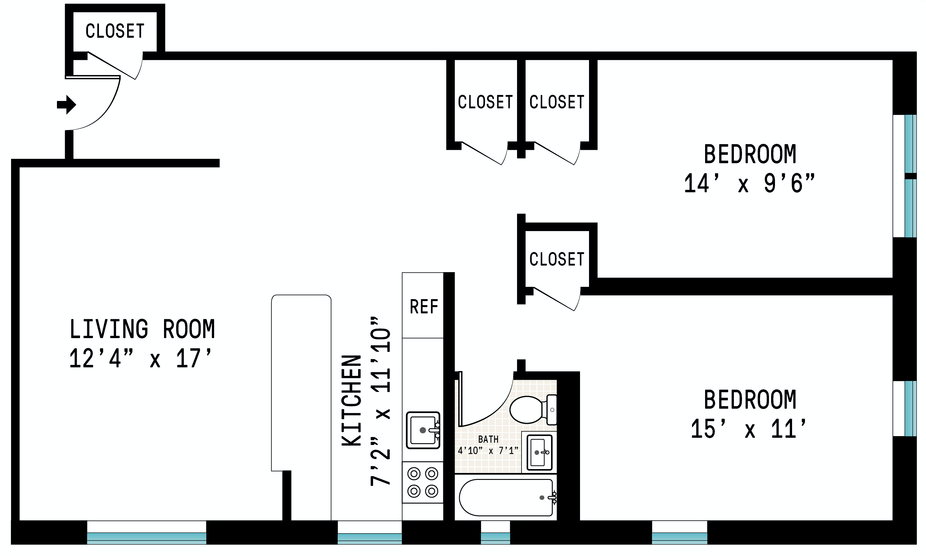 Garage parking is available but currently wait-listed. One other detail to keep in mind is that the buyer is responsible for the 1.4 percent transfer tax on the purchase.

Buy Choosing between a big or small co-op building in NYC? Here's what you should ask
The Market The 5 best Bronx neighborhoods to check out in 2018
Buy Brick Underground's best advice for figuring out the true cost of living in a co-op
Brick Underground articles occasionally include the expertise of, or information about, advertising partners when relevant to the story. We will never promote an advertiser's product without making the relationship clear to our readers.
topics:
Bronx co-op board Riverdale Sponsor co-op of the week taxes
SHARE
TWEET
BRICK’S PICKS