The condo features east- and south-facing windows with views of Central Park. This is a virtual rendering of one of the bedrooms.

Welcome to Brick Underground’s luxury pick of the week, a feature spotlighting a condo, co-op, or townhouse for sale with an asking price of at least $3,000,000, the current entry threshold for luxury apartments in Manhattan. If you’re in the market for a high-end abode, you should know that while sales have slowed considerably over the past couple of years, that trend is starting to reverse as sellers come to grips with the new market reality and adjust their prices accordingly. It's good news for your wallet—just be aware that many luxe listings won’t linger on the market indefinitely. For more information, check out Brick Underground’s tips on buying a luxury apartment in NYC.

Not all grand, historic New York City apartment buildings are co-ops. Some of the most majestic buildings are conversions. And if you like turn-of-the-last century detail in a prime location—and have the budget for it—then you may be excited by the Waldorf Astoria’s long-planned condo conversion. However the building’s completion, which was previously set for this fall, has now been delayed until 2021.

If you can’t wait that long to own an iconic property, check out the condos at the Ansonia at 2109 Broadway on the Upper West Side. The building was once a residential hotel, built between 1899 and 1904, and has a fascinating history, with famous residents and historic scandals that by today’s standards seem quaint. Apartments there had parlors, libraries, and formal dining rooms that were round or oval, along with moldings and bay windows. The building was converted to condo in 1992.

The apartment has been renovated, and has central air, new windows, a steam shower, and a large LG washer and dryer. 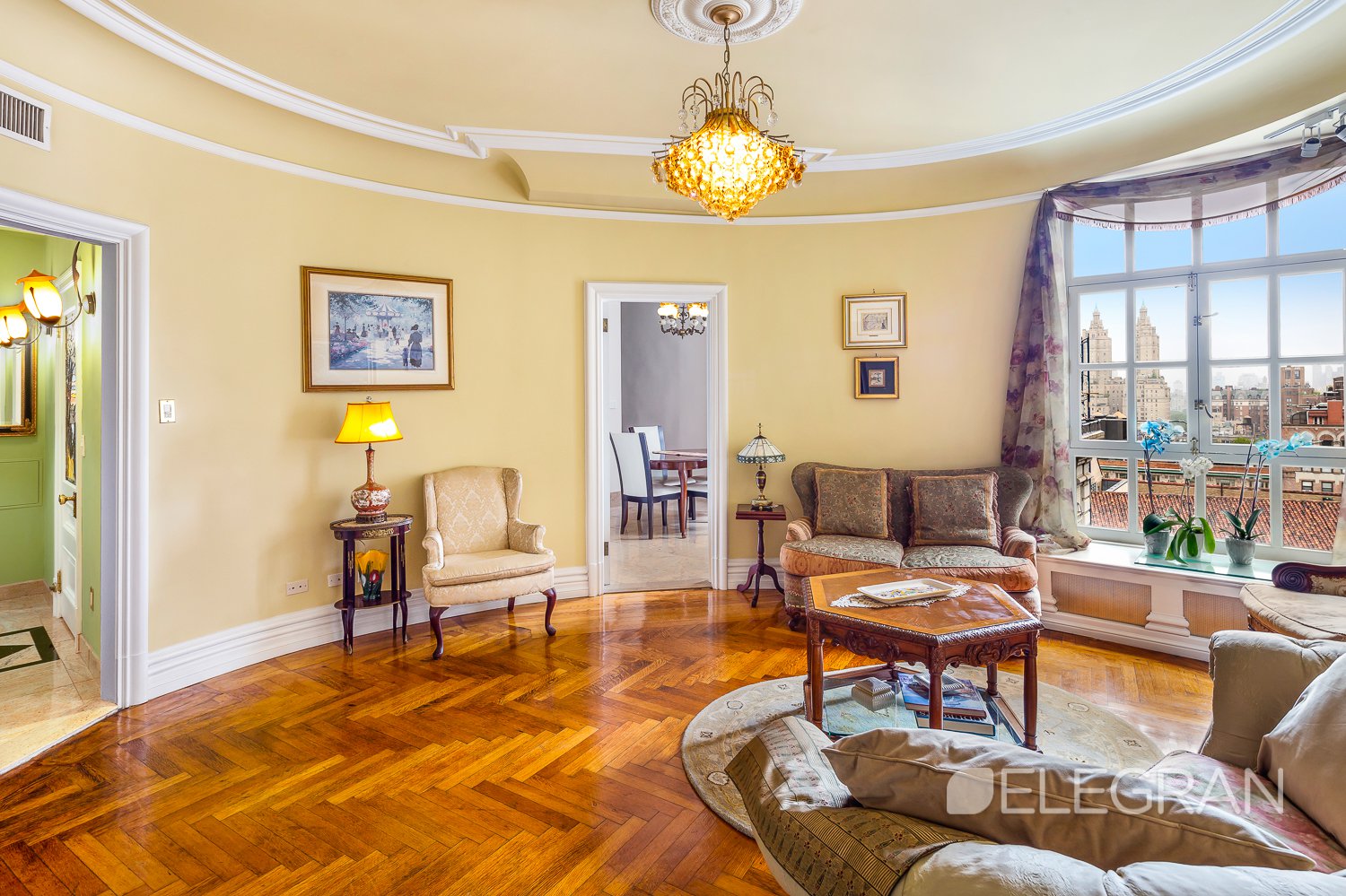 The layout includes an oval-shaped living and formal dining rooms. 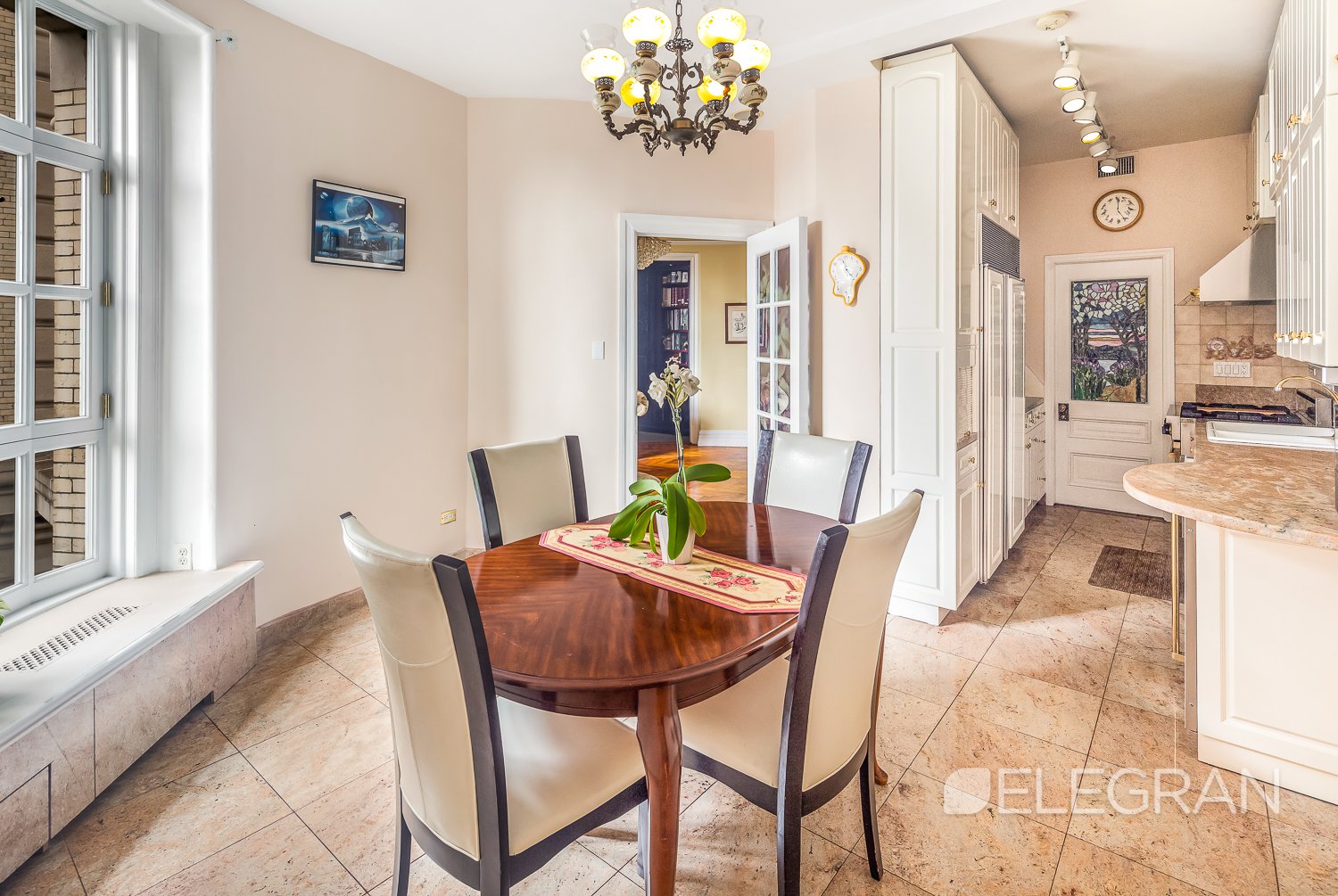 The eat-in kitchen has custom cabinetry, granite countertops, and high-end appliances such as a Sub-Zero refrigerator, Miele dishwasher, Viking stove, and wine cooler. 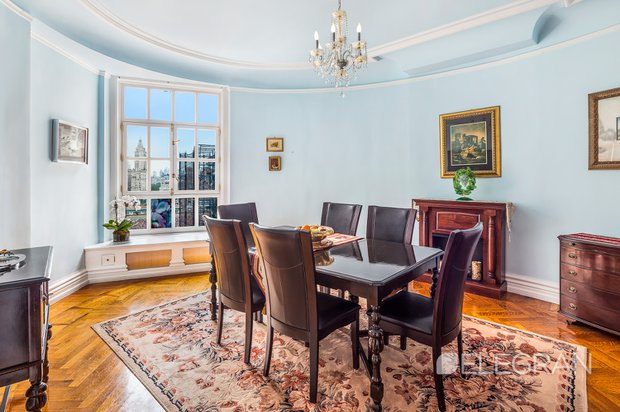 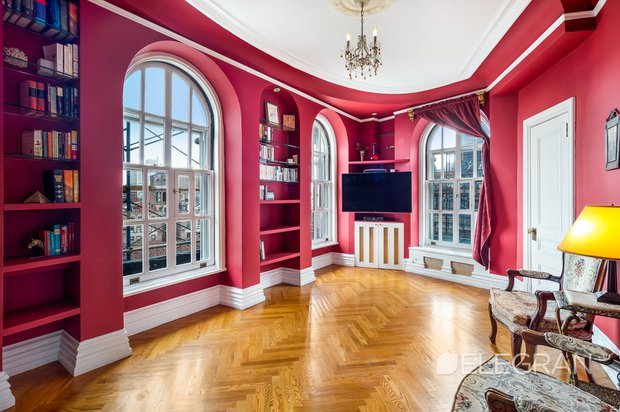 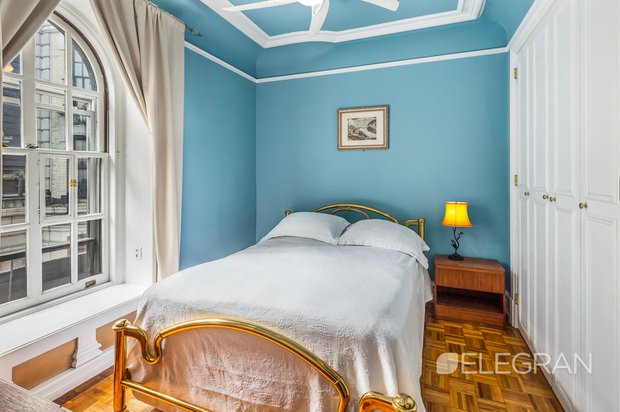 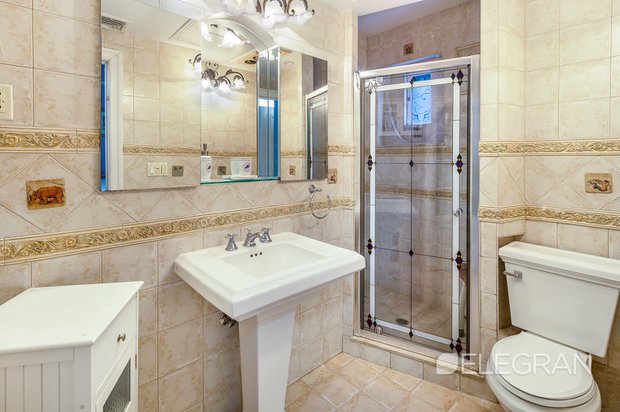 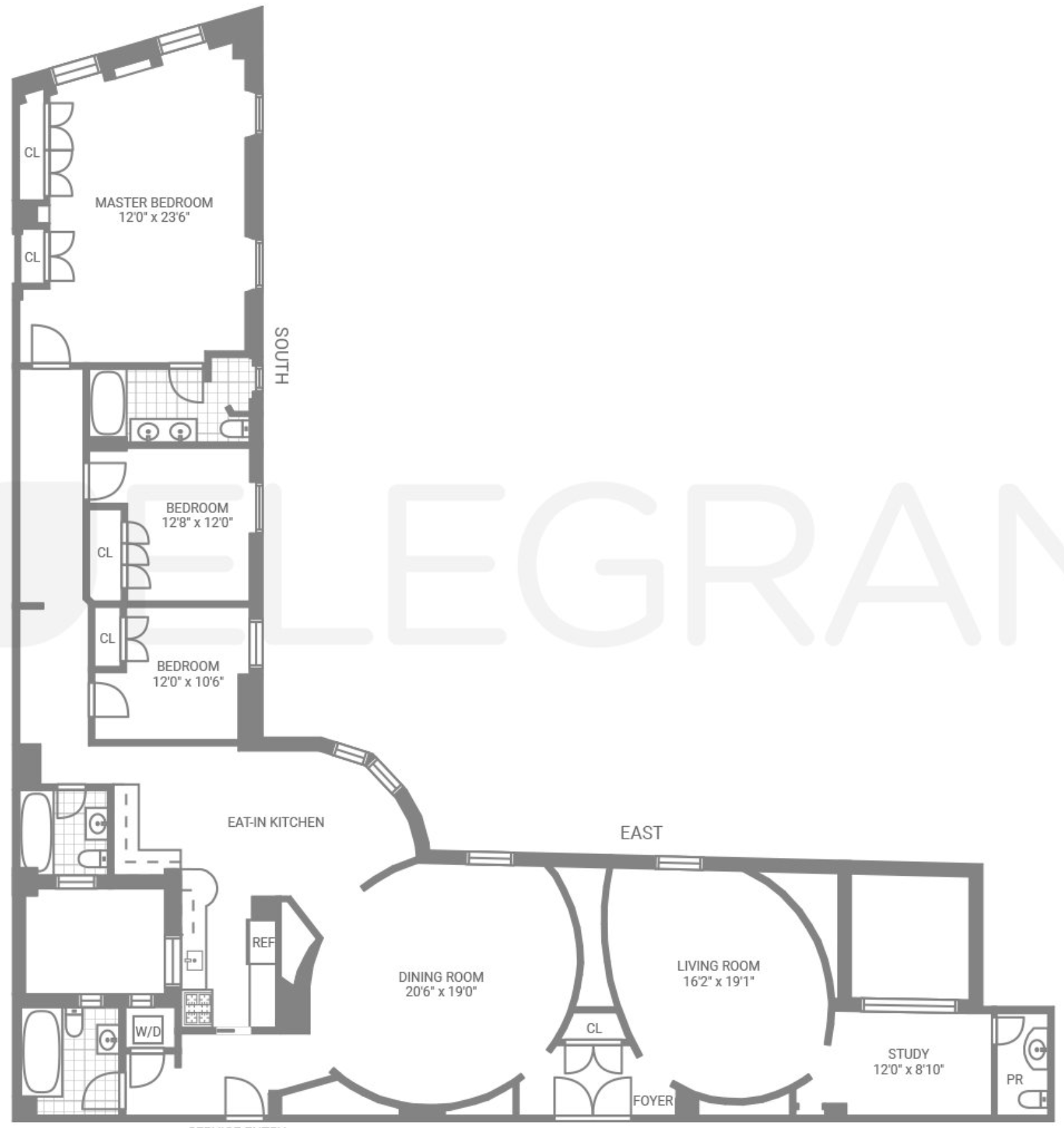 Additional rooms include a home office and den.

The building is close to Central Park, Riverside Park—and lots of upscale grocery stores. Beacon Theater, American Museum of Natural History, and the New-York Historical Society are a few blocks away. Also close are the 1, 2, 3, B, and C trains.

A sprawling Brooklyn Heights condo in a former police precinct, for $4,500,000

air conditioning amenities art condos history kitchen luxury Luxury pick of the week outdoor space parks renovation roof supers transportation Upper West Side windows
Brick Underground articles occasionally include the expertise of, or information about, advertising partners when relevant to the story. We will never promote an advertiser's product without making the relationship clear to our readers.
Share:

What boards can do to limit exposure, open house workarounds, & more