The apartment is one of eight in a 1920s limestone townhouse.

There are lots of hallmarks of the brownstone Brooklyn life in this one-bedroom, one-bath co-op at 951 President St. in Park Slope. Listed for $595,000, the apartment measures 600 square feet and is loaded with original details. 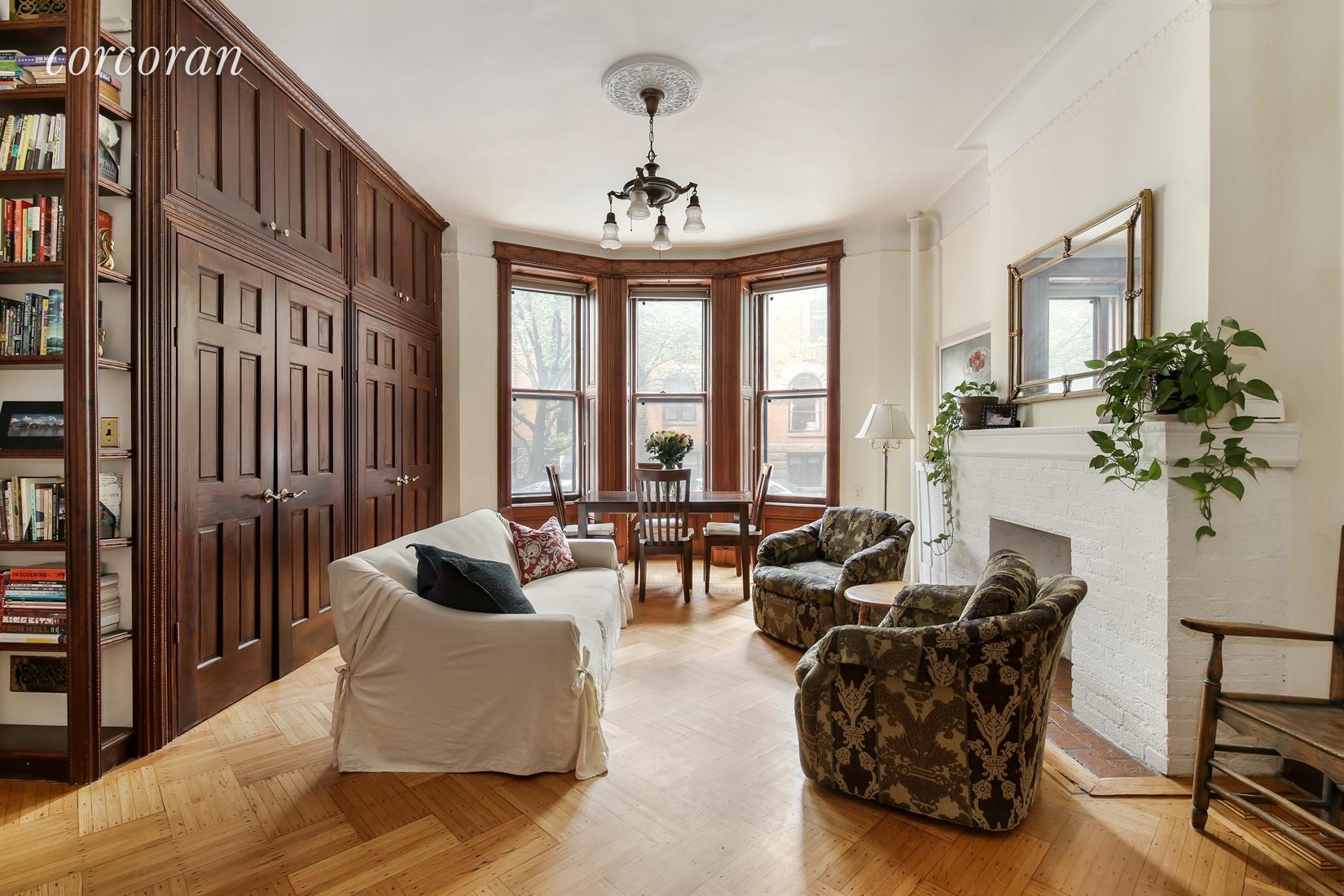 The living room features a decorative fireplace, a bay window, and hardwood closets. Built-in sliding glass doors separate the living and sleeping areas (it would technically be a studio but for internal windows in the bedroom), and the hardwood floors include inlaid details. The living room windows face south. 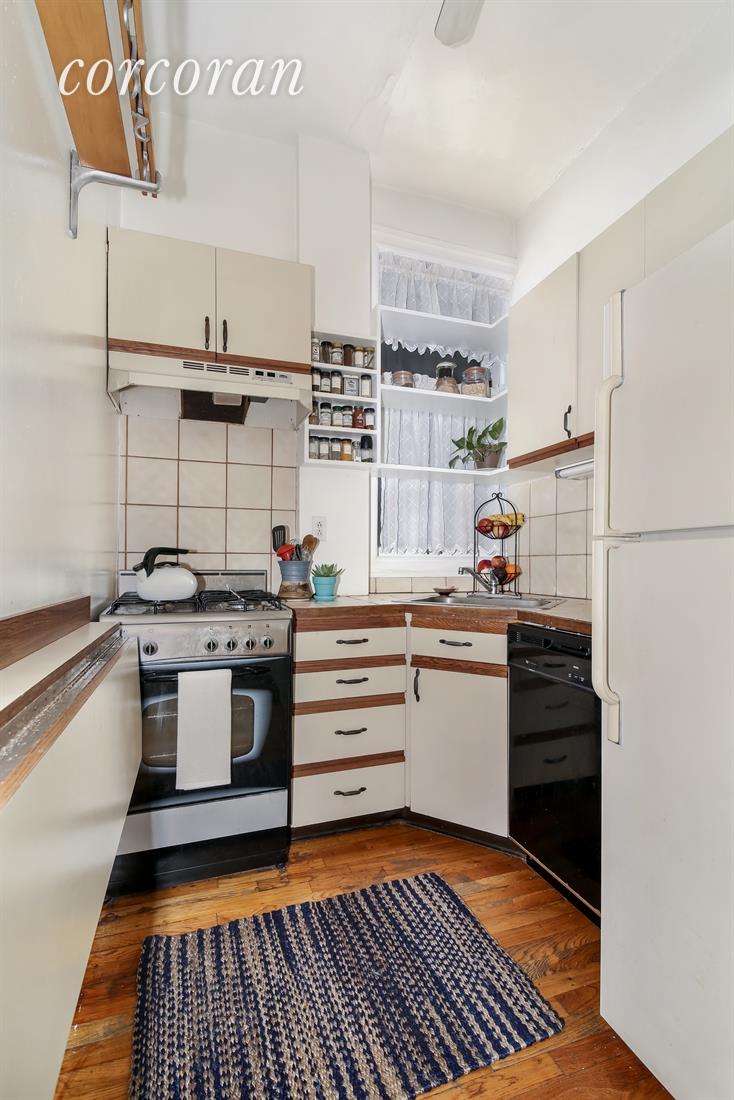 The kitchen is not exactly deluxe, but it does have a window. The bedroom windows are big, but face a brick wall next door. 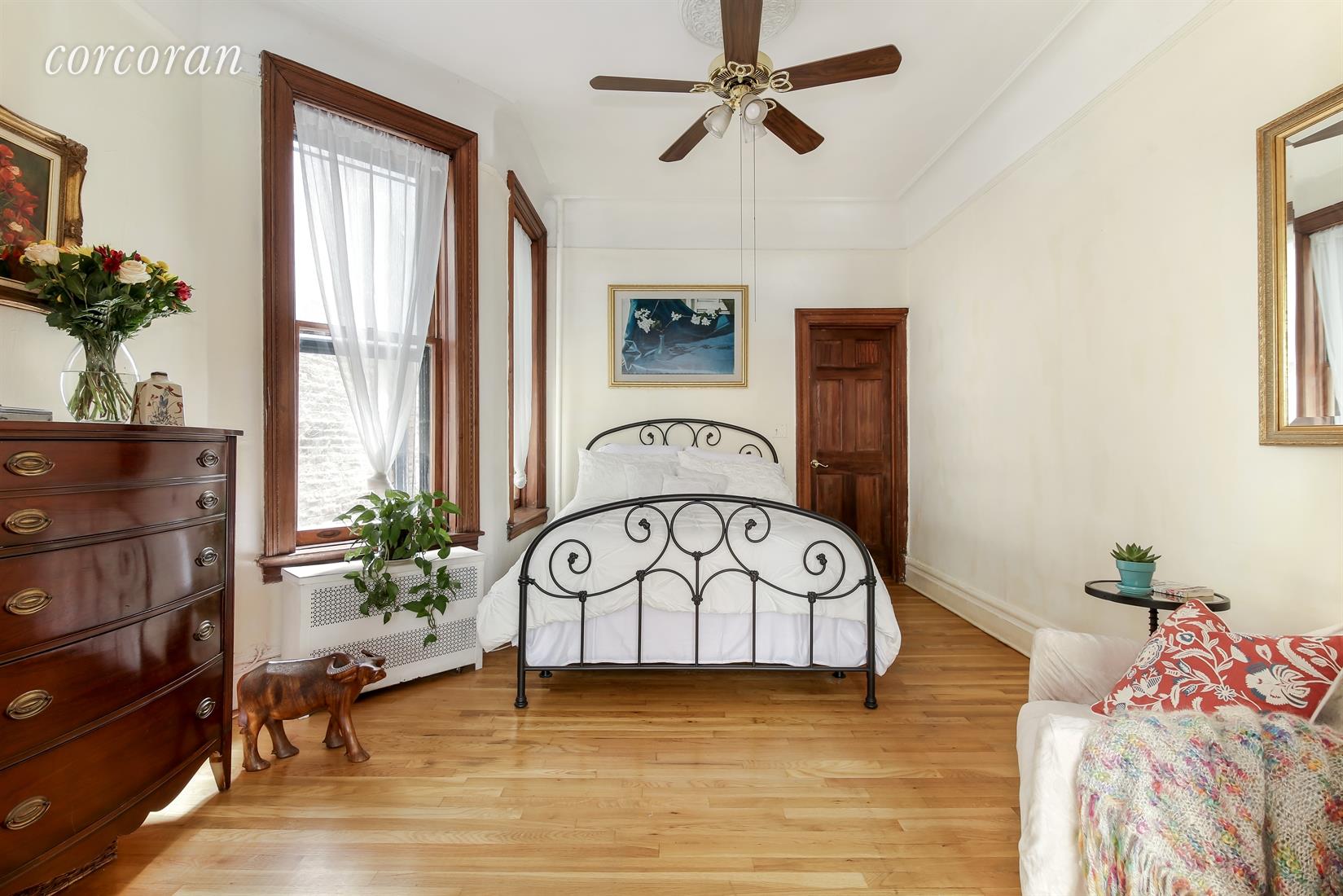 The listing does not include a photo of the bathroom, so perhaps it needs even more work than the kitchen?

The eight-unit limestone building is pet-friendly and has a common roof deck, laundry, and free storage.

The location is also a huge draw. The building is a stone's throw from the north end of Prospect Park, which also situates it near the regal main building of the Brooklyn Public Library, Brooklyn Museum, and the Brooklyn Botanic Garden. There's also a farmers market on Saturdays at Grand Army Plaza, and the many food and shopping options of Park Slope and Prospect Heights are within walking distance. Nearby trains include the 2 and 3 at Grand Army Plaza, and the B and Q at Seventh Avenue.

Prewar versus new: Which is better?

Brooklyn Co-op pick of the week co-ops Park Slope prewar
Brick Underground articles occasionally include the expertise of, or information about, advertising partners when relevant to the story. We will never promote an advertiser's product without making the relationship clear to our readers.
Share:

With mortgage rates so low, is it better to buy or refinance and renovate?