Skip to main content
RECOMMENDED IN RENT
Moving to NYC after college? Here's how to do it Brick Underground's 2021 guide to co-living spaces in NYC: How to tell the communal disruptors apart The 7 best ways to find a short-term rental while you renovate your NYC apartment NYC apartment leases with major concessions are coming up for renewal. Here's how to negotiate 5 things you should know about renting month to month in NYC
RECOMMENDED IN BUY
How buying real estate in NYC is unlike anywhere else The most expensive neighborhoods in NYC: A buyer's guide for 2021 Buying for the first time in NYC? Be sure to prep your finances first 10 steps to creating a stellar co-op or condo board application
RECOMMENDED IN SELL
A guide to using a no-fee renovation loan from a NYC real estate firm How much does moving to the suburbs cost vs. staying in NYC? What's the best shade of white to paint your NYC apartment if you're trying to sell? Should you sell now or wait? NYC brokers and experts weigh in
RECOMMENDED IN IMPROVE
How to make your NYC renovation more pet-friendly Renovating or adding a kitchen island to your NYC apartment? Here's a checklist The 7 best ways to get your landlord to fix stuff in your apartment Want to use reclaimed materials and appliances for a renovation? Here's what you should know How to deal with flood or water damage in your NYC apartment
Small Wonder

Gramercy has a rep as one of the city's most sought-after (and high-priced) neighborhoods, but this Gramercy House studio—asking $525,000—has the makings of a perfect starter apartment for a buyer whose heart is set on this specific corner of Manhattan.

Though the apartment is definitely more "studio" than "junior one-bedroom," the layout is such that the kitchen is slightly separate, as is the sleeping area, which is located in an alcove off the living room and enclosed by a set of glass doors to give it the feeling of a full-fledged bedroom. 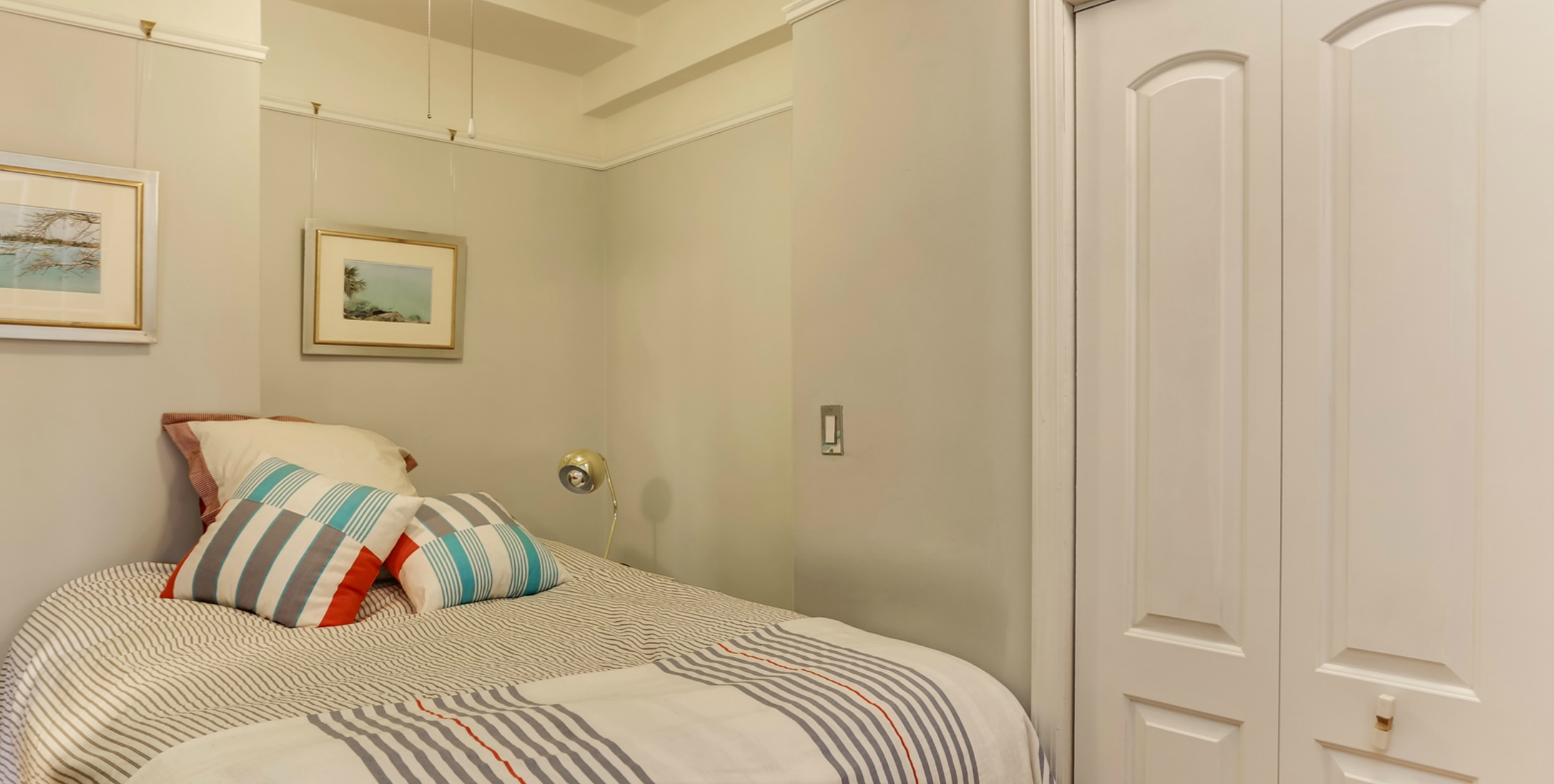 The listing notes that that the kitchen has recently been renovated and the apartment's electrical work upgraded; still, the space still maintains original details including hardwood floors, a beamed ceiling, and original subway tile in the bathroom. (The building itself has lots of old-school Art Deco touches on the facade and in the lobby.) 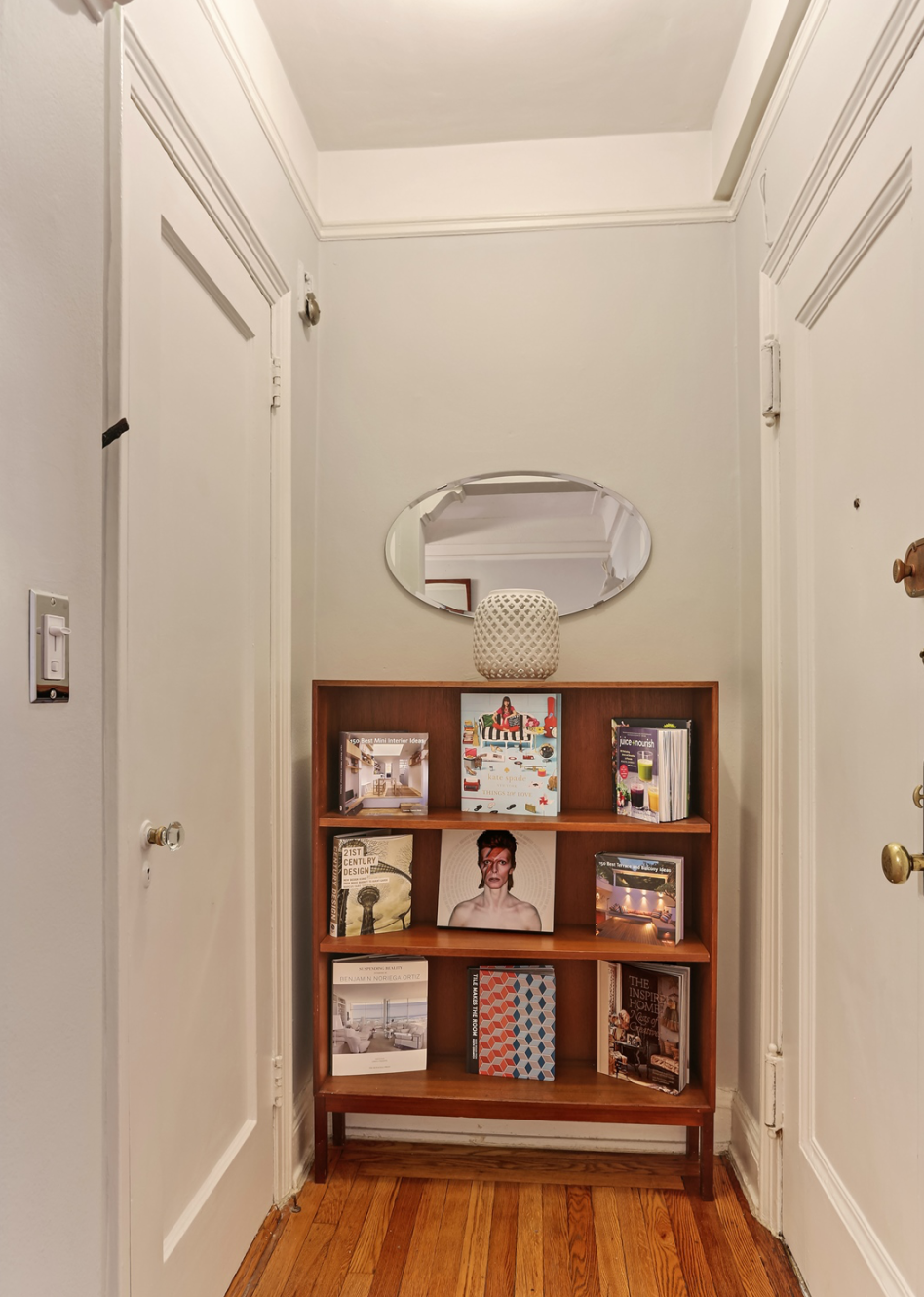 The building also includes many enticing extras, including a shared residents' garden, a planted roof deck, 24-hour concierge, a part-time doorman, as well as a laundry room and bike storage.

While the building does allow cats and dogs, pied-a-terres are a no-go, meaning you'll need to be buying this place as a primary residence. And note that they require a down payment of at least 25 percent, meaning you'll need a sizeable chunk of cash on hand to close the deal. No keys to Gramercy Park, though, as it's not on the famed greenspace's periphery.

The Market Upper West Side to Gramercy East: It hurts to lose Central Park, but my social life is downtown
Improve Three small space tricks we learned from those Kips Bay micro apartments
Live Don't fall prey to these small space decorating snafus
Brick Underground articles occasionally include the expertise of, or information about, advertising partners when relevant to the story. We will never promote an advertiser's product without making the relationship clear to our readers.
topics:
small spaces Small Wonder studio
SHARE
TWEET
BRICK’S PICKS