A Jackson Heights studio with three closets and a private balcony, for $215,000

This Jackson Heights studio has room for separate living and dining areas.

With a private balcony (a rarity in a studio) and a list price of $215,000 (yes, you read that right), this Jackson Heights studio, 35-31 85th St., #8A, is definitely worth a look. Other pluses include three closets and room for a dining table. 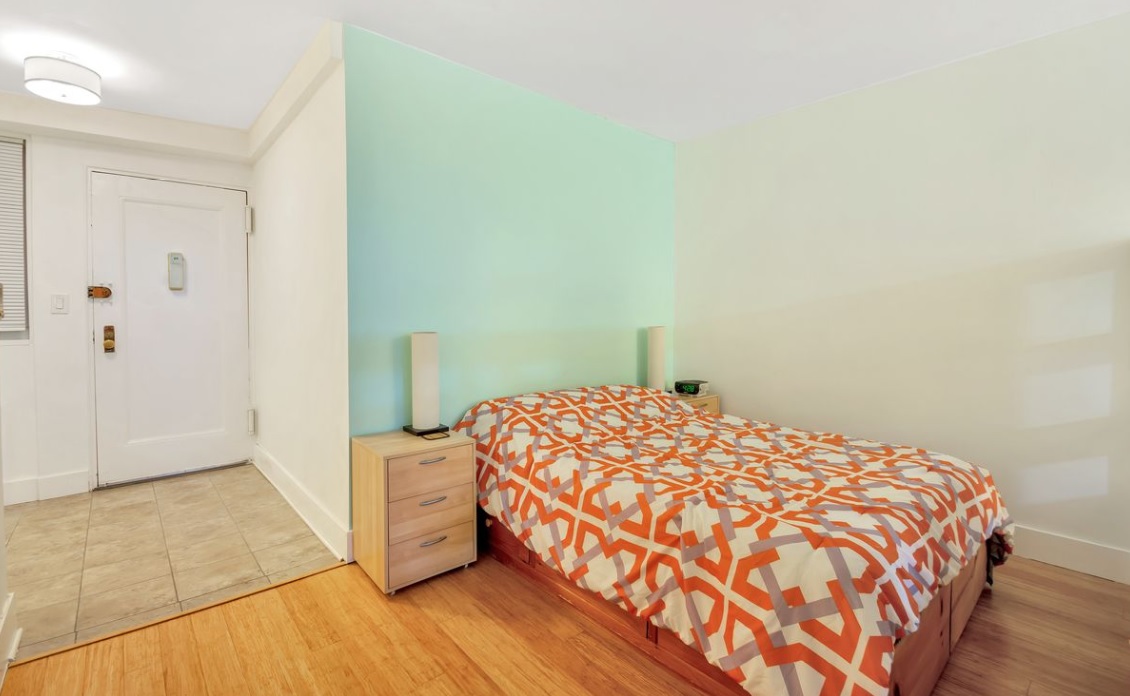 The apartment has a small foyer with tiled flooring that's steps away from the sleeping area—which has been cordoned off with a bookcase wall and has just enough room for a bed and a pair of nightstands. 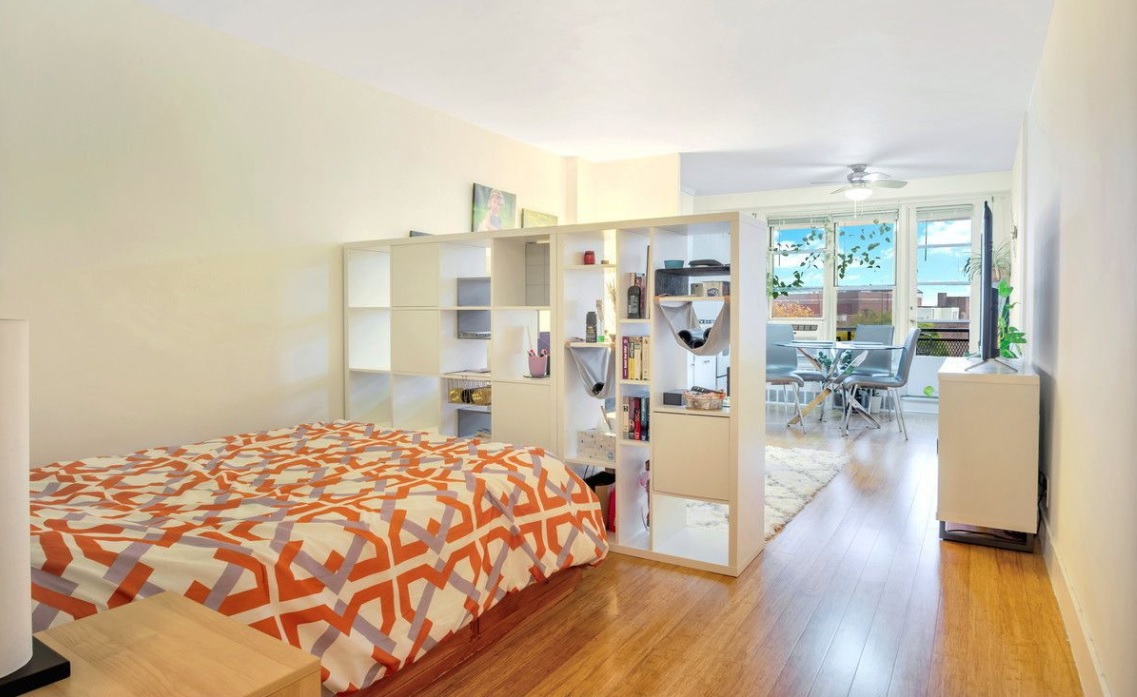 Unlike the rest of the apartment—which has been painted a simple, neutral white—the wall behind the bed is a soft seafoam green. Folks who find it restful can keep it as is, but those who think it sticks out like a sore thumb can certainly paint over it. 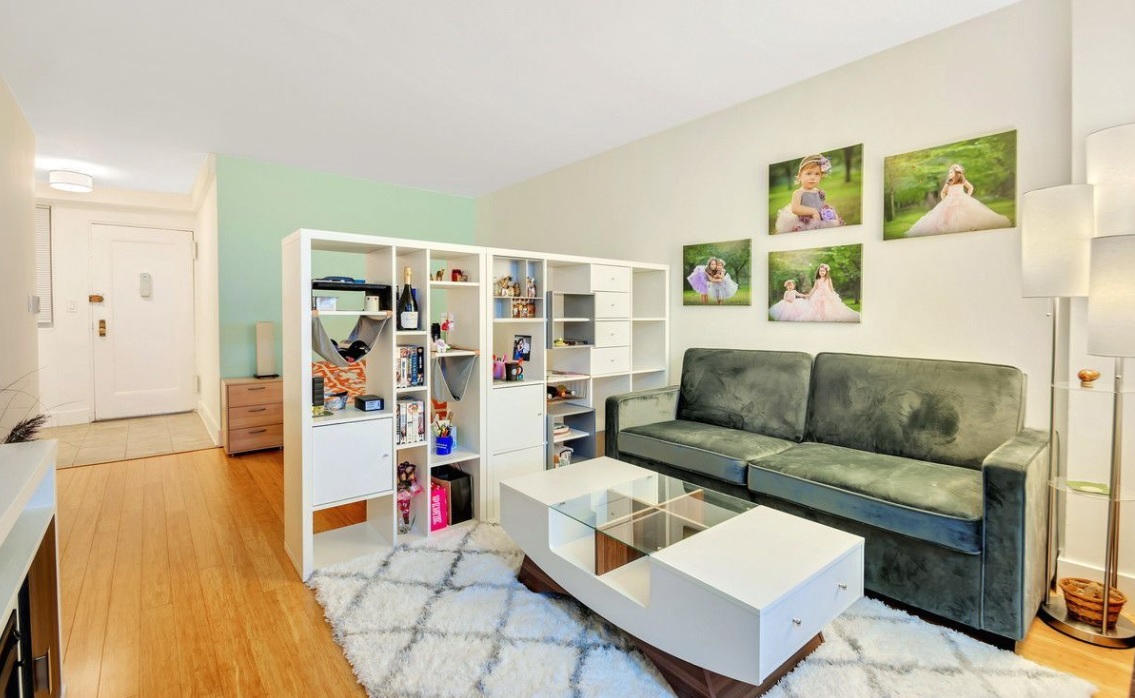 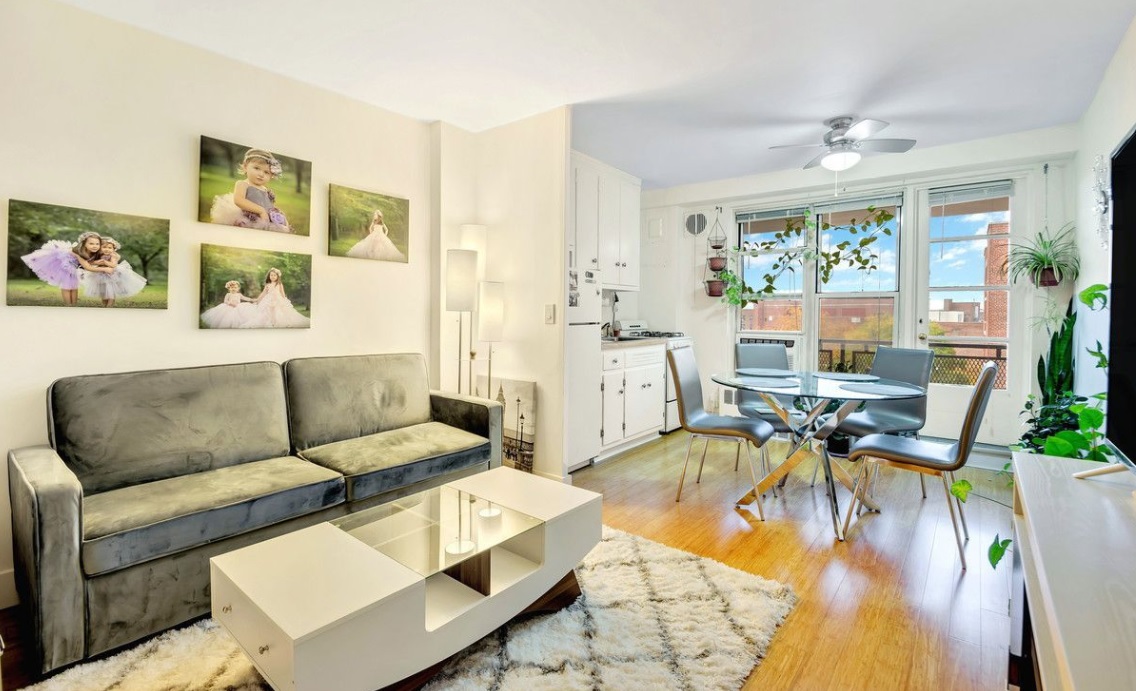 Just beyond that bookcase is a cozy area that currently holds a couch, a coffee table, and a large media cabinet. 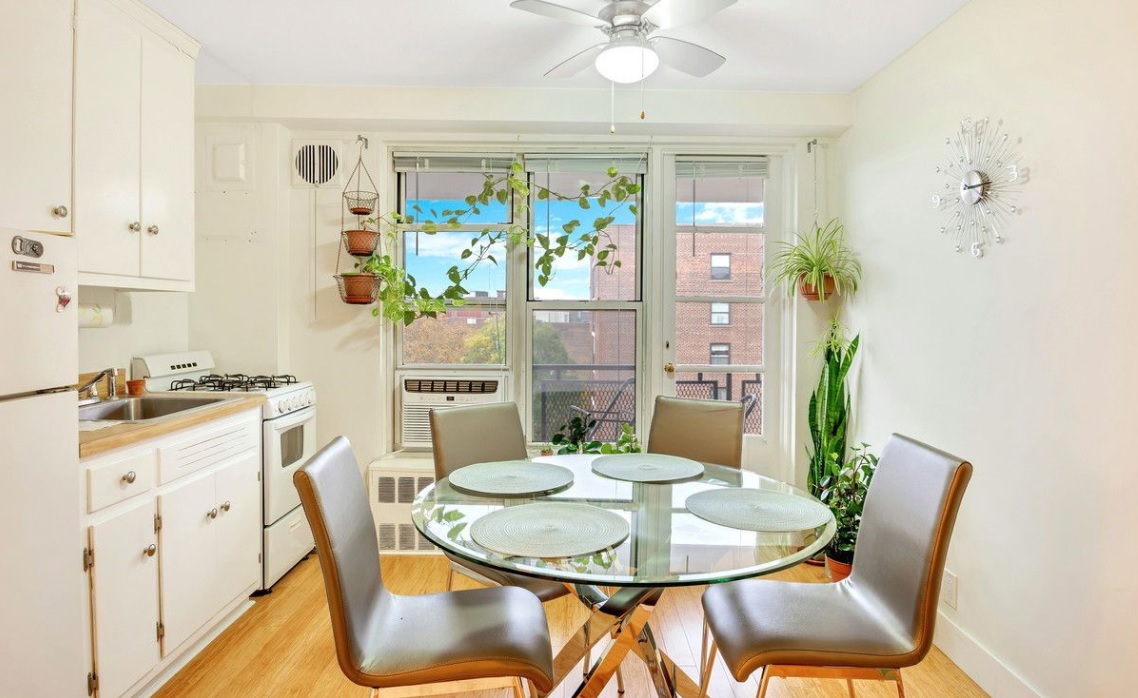 Next up is the kitchen, which looks bright and sunny because it has the apartment’s only windows. The kitchen itself is small and dated, with only a handful of cabinets, barely any counter space and white appliances. While the room is currently staged with a round dining table, would-be chefs would be wise to replace that with a butcher block kitchen island that can double as a prep space and dining area. 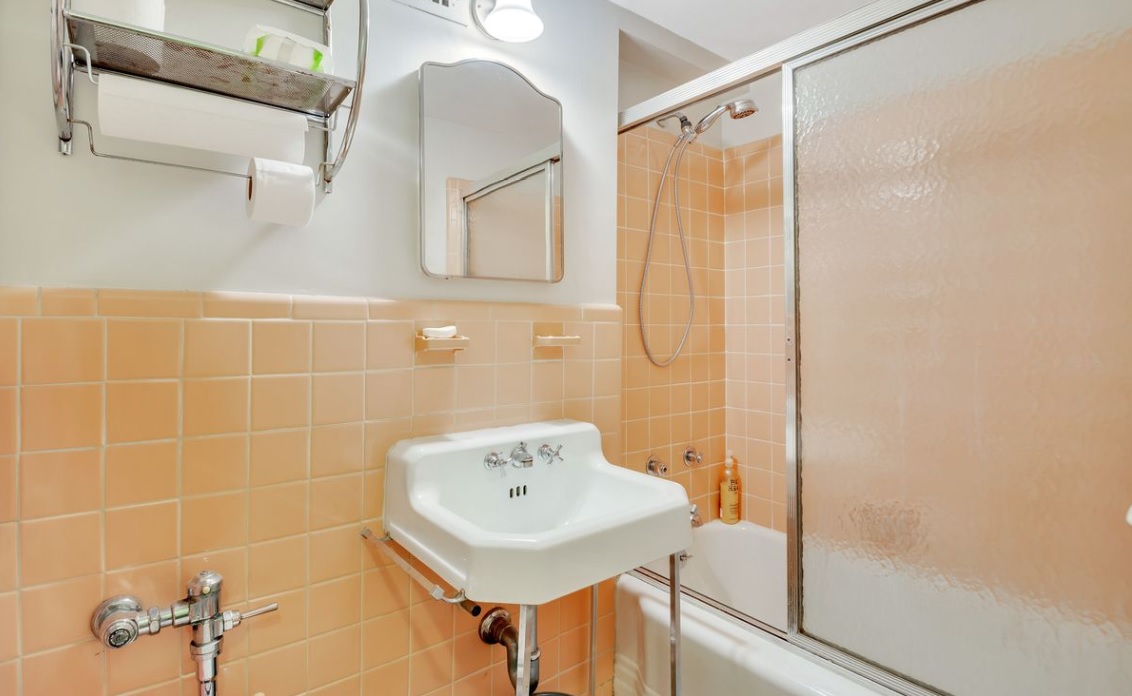 The bathroom looks to be a decent size, and has room for a full-sized tub behind sliding glass doors, a sink that stores nothing, and salmon-colored wall tiles that will probably turn a lot of folks off.

The terrace is bare at the moment, but that can easily be remedied with a little greenery—a plant or two will surely liven things up. 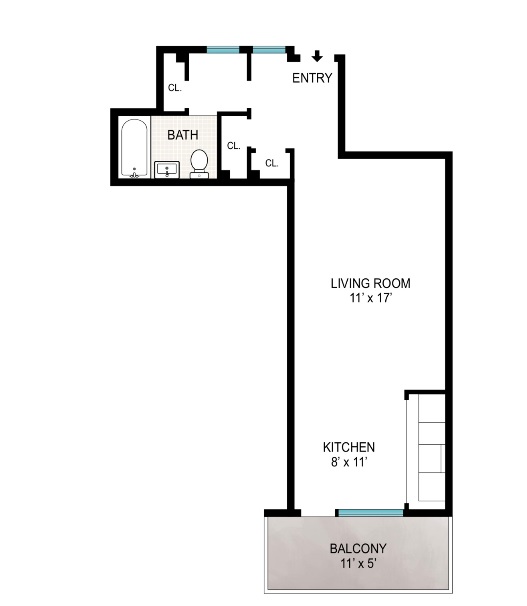 The studio is in a dog-friendly co-op building just a 10-minute walk from the 7 train stop at 82nd St.

The building offers an elevator, laundry room, enclosed playground, social room, and live-in super. There’s also storage space that can be rented for $10 a month, and a garage with a six-month waiting list that costs $100 to park underground and $68 to park aboveground.

Maintenance is $490 a month, including all utilities.

Jackson Heights, Queens: An Insider's Guide to Living There

Prospect Lefferts Gardens to Jackson Heights: I feel safer in Queens, and the dining options can't be beat

Jackson Heights outdoor space Small Wonder studio
Brick Underground articles occasionally include the expertise of, or information about, advertising partners when relevant to the story. We will never promote an advertiser's product without making the relationship clear to our readers.
Share:

How do you find a NYC apartment with a flexible layout?

Faking it: 6 ceramic tile designs that will give you the look of wood

Dear Ms. Demeanor: No one in our co-op building wants to run for the board. What can we do?

A UWS two bedroom on the ground-floor for $995,000, no board approval required

A one-bedroom loft in Williamsburg with an office and private garden, for $6,250