With one dimension smaller than eight feet, the alcove is too small to be considered a legal bedroom, if you're looking for an alcove studio to convert to a one bedroom. Triplemint

This Kips Bay studio, 245 East 24th St., #4A, has lots to recommend it, including a separate sleeping alcove, a recently renovated kitchen with full-sized appliances, and two large, custom closets.

It’s also a bargain for the neighborhood. It’s listed for $475,000—which is under the $505,000 median for a studio co-op in Kips Bay at the moment, according to StreetEasy.

The living area is bright thanks to a trio of large windows and white walls. It’s big enough for a couch, two chairs, a coffee table, and a small two-seater table by the windows. 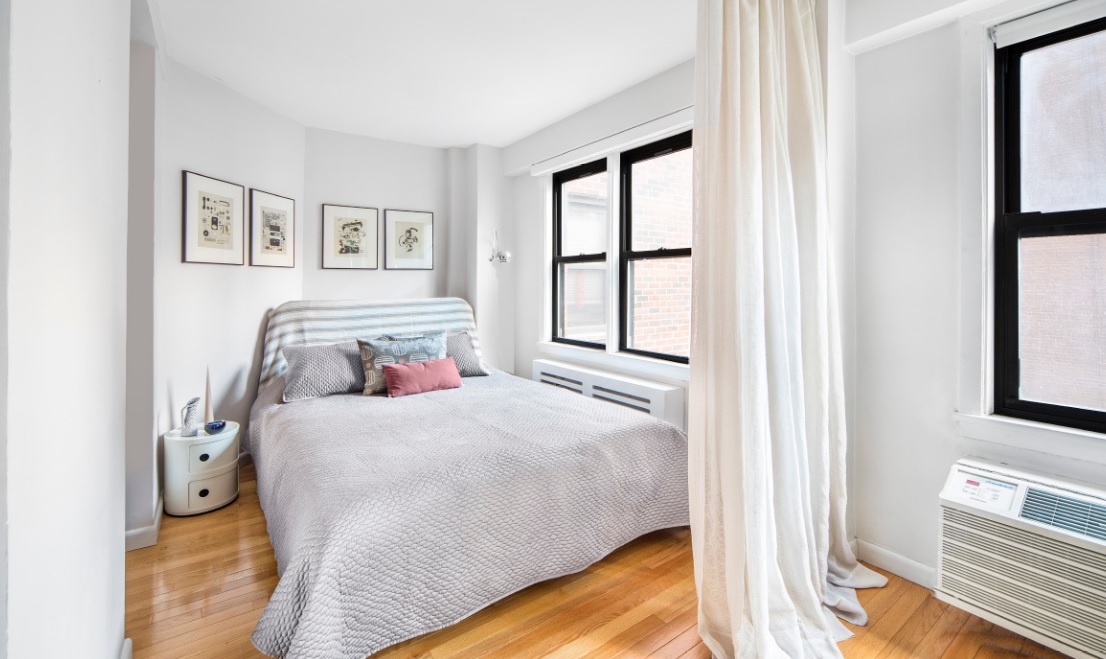 To the left is the sleeping alcove—which is separated from the main living area by a billowy curtain. It’s effective, but if drapery isn’t your style, you could always swap it out for a bookcase wall or a screen. The alcove has enough room for a queen-sized bed and a side table—but with one dimension smaller than eight feet, it's too small to be considered a legal bedroom, if you're looking for an alcove studio to convert to a one bedroom. The alcove does a window, so you won’t feel like you’re sleeping in a box. 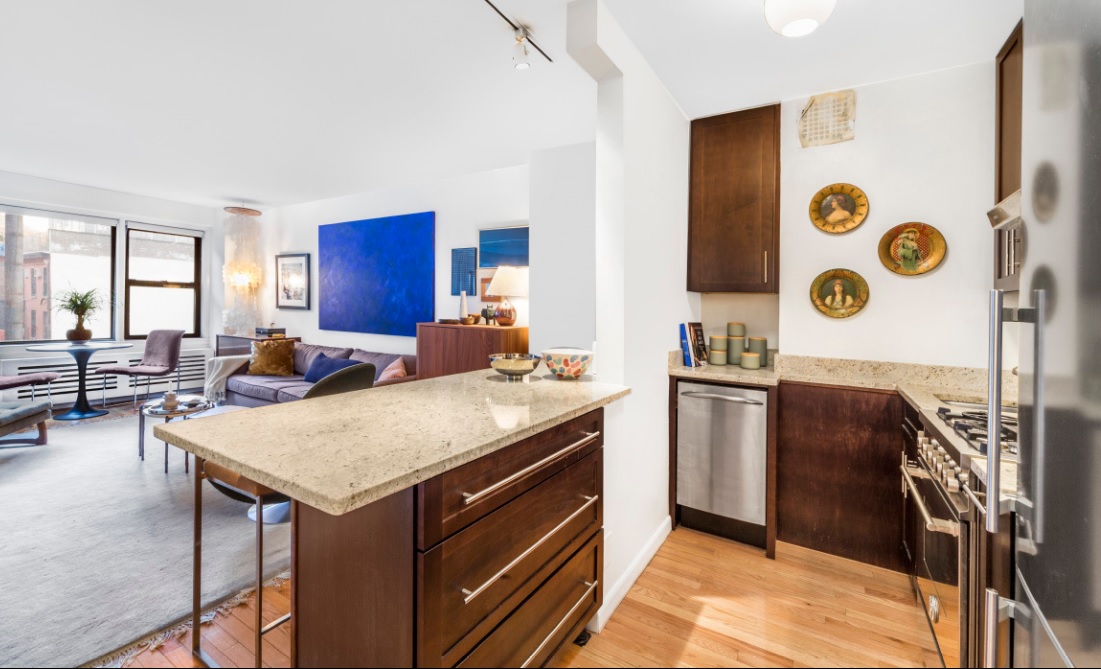 The kitchen isn’t huge, but it has new, full-sized, stainless steel appliances (including a dishwasher), a breakfast bar, and dark-wood cabinets that stand out against the light-wood flooring. 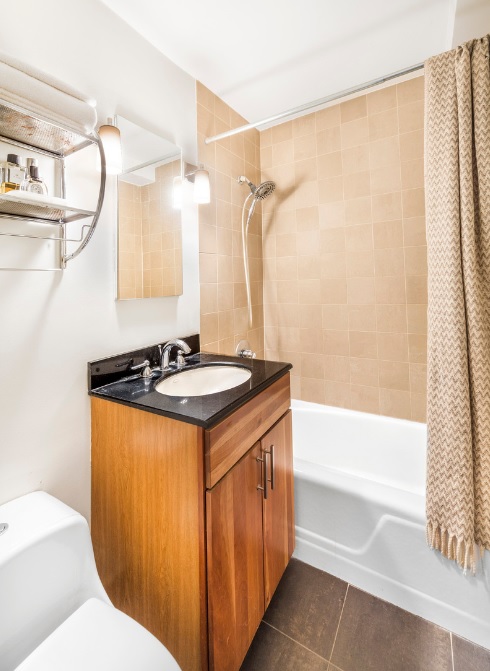 The bathroom was also recently renovated, and has a wood vanity. 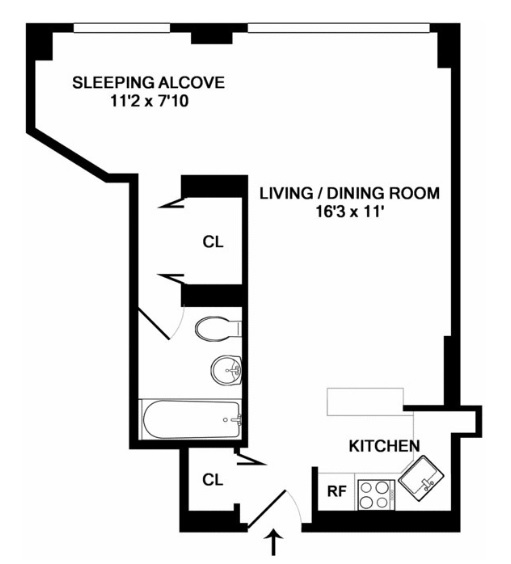 The studio is located in Tracy Towers, a 16-story co-op building with a full-time doorman, a live-in super, a central laundry room, a bike room, storage, and a roof deck with 360-degree views of Manhattan. Pieds-à-terre, co-purchasing, and pets are all allowed. Maintenance is $924 a month.

What's the difference between maintenance and common charges?

Kips Bay renovation Small Wonder studio
Brick Underground articles occasionally include the expertise of, or information about, advertising partners when relevant to the story. We will never promote an advertiser's product without making the relationship clear to our readers.
Share: