A gut-renovated one bedroom in Kips Bay for $749,000, no board approval required

This one-bedroom corner unit on the edge of Kips Bay, 160 East 27th St., #8B, has been gut renovated and features hardwood floors, stainless steel appliances, and new tile work. The co-op is on the market for $749,000, which is right around the median price of $740,000 for similar units in the area. The building is just two blocks from the recently renovated 28th Street subway station (although the stop isn't yet accessible for people with wheelchairs or strollers).

The 1963 building has 71 apartments, mostly one bedrooms and studios, and 12 floors. There are two elevators, a laundry room, and a live-in super, but no doorman. Maintenance is $1,515. 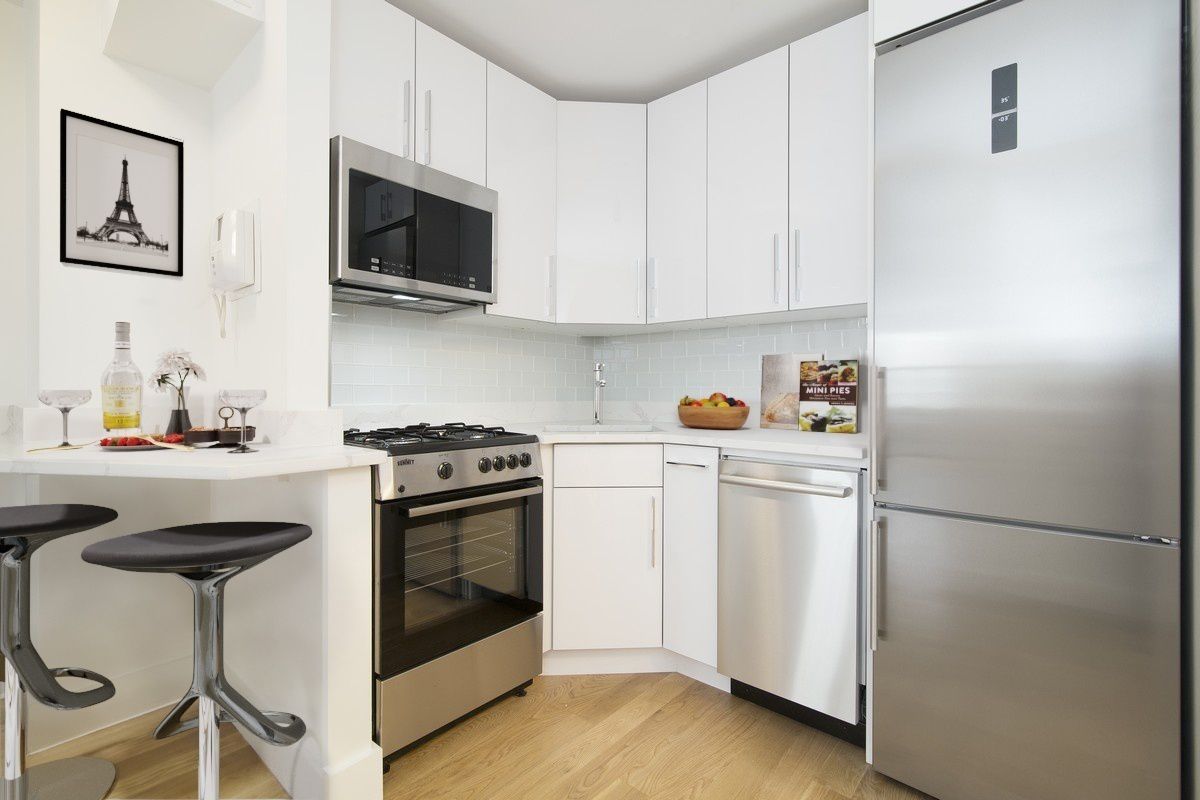 The listing photos are digitally staged and the recipe book on the kitchen countertop is one for mini pies—it might well be a challenge to cook anything other than mini pies in such a tiny space.

On the other hand, if home cooking isn't a priority, there’s a sizable refrigerator, a dishwasher, oven, microwave, and a breakfast bar plus plenty of cabinetry relative to the size of the kitchen alcove. The finishes are pleasant too; the backsplash is glass subway tile and the countertops are Caesarstone. 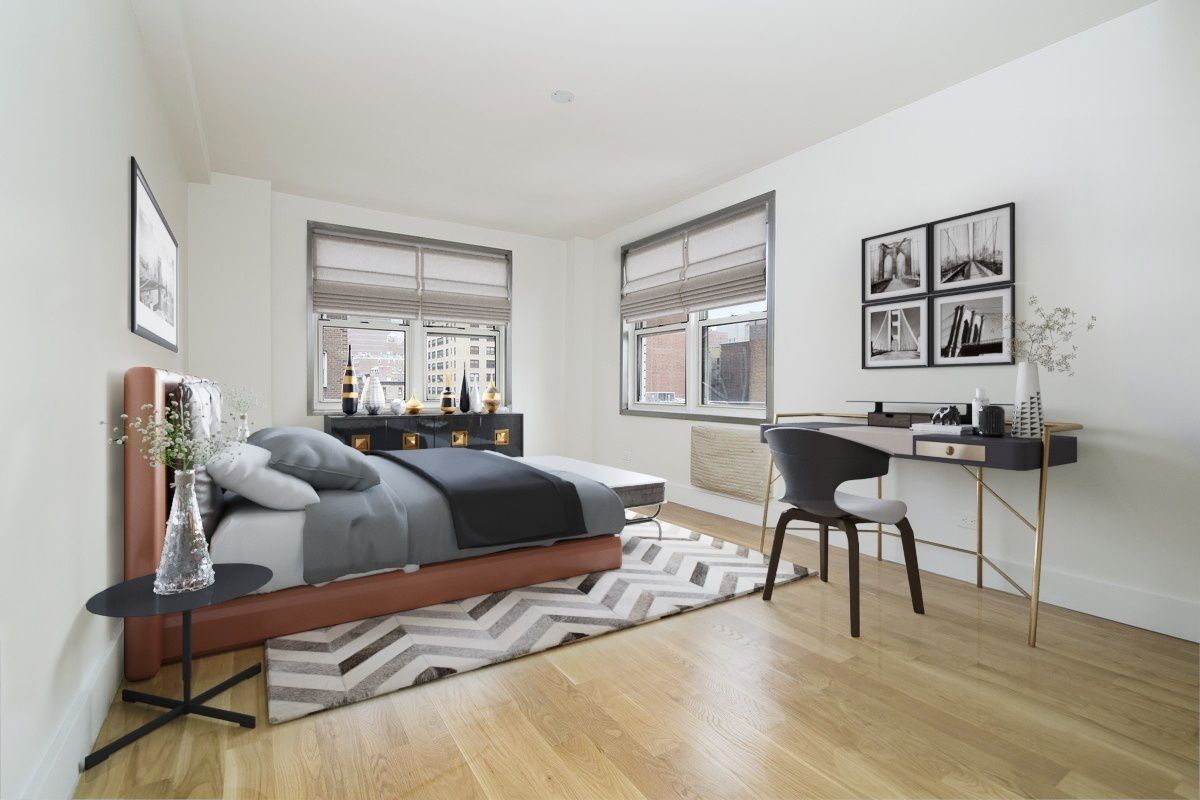 The bedroom is 18 feet long and is on the corner of the building. The windows face east and north, and overlook the junction of East 27th Street and Third Avenue. There's a closet on one wall. 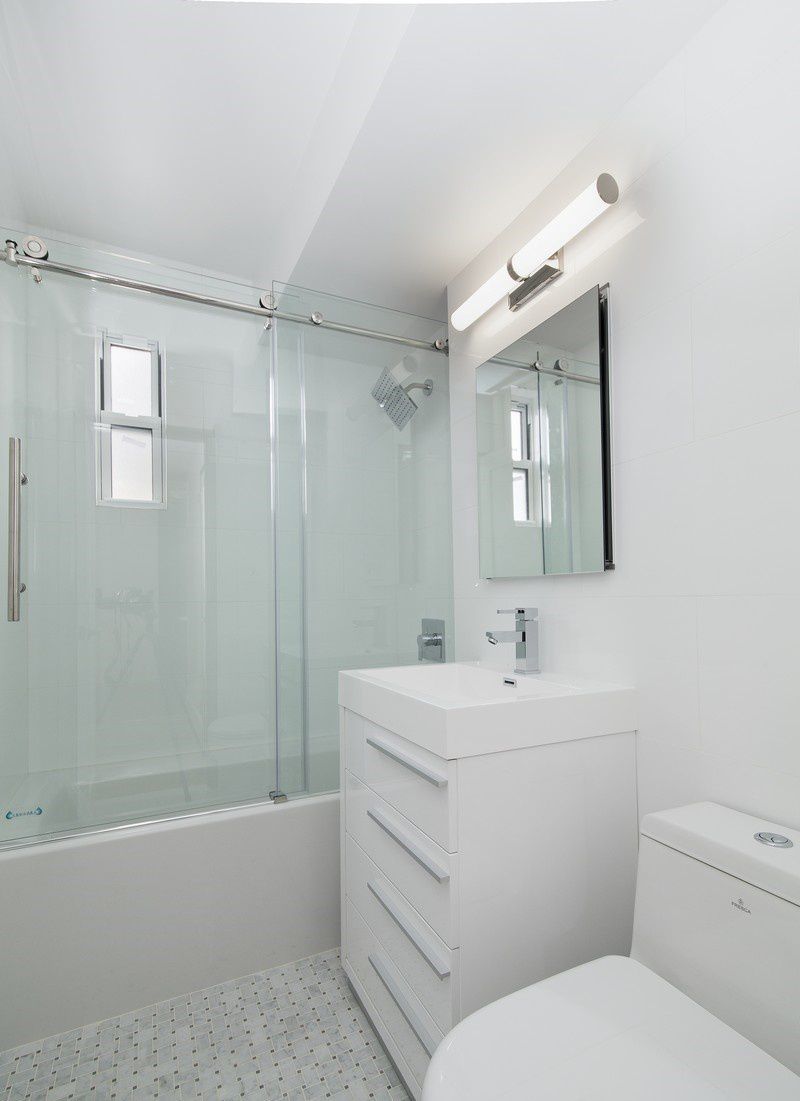 The bathroom has a slim window and is finished in a mix of white porcelain and marble herringbone tiles. There are sliding glass shower doors and a rain showerhead over the tub. 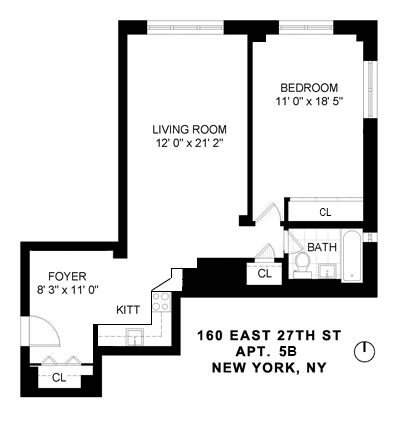 The layout for #8B is identical to #5B, which is the one shown in the listing. There's a foyer that could double as a dining area for a small table and chairs. The unit has a video intercom and there's a closet behind the front door, which is practical for coats. The living room is the biggest room with a large window on the end wall. There's also a small closet outside the bathroom.

The last one-bedroom unit to sell in the building changed hands for $629,000, in December 2018, which was 1 percent below the asking price. The co-op board allows pieds-à-terre, parents buying for children and co-purchasing as well as immediate and unlimited subletting with a fee. Pets are allowed subject to some vetting.

Kips Bay renovation Sponsor co-op of the week
Brick Underground articles occasionally include the expertise of, or information about, advertising partners when relevant to the story. We will never promote an advertiser's product without making the relationship clear to our readers.
Share:

Ask Sam: How can I get access to my apartment after a fire?

Can I get a better mortgage rate if I apply without my husband?

Brownstones, townhouses, and rowhouses—what are the differences?