A renovated one bedroom in Manhattan's Beekman neighborhood for $675,000, no board approval required

Be aware that the listing photos have been virtually staged.

This one-bedroom apartment, 414 East 52nd St., 6G, is in The Southgate complex in Manhattan's Beekman neighborhood. The area consists of a few blocks within East Midtown just south of Sutton Place. Originally designed by the architect Emery Roth, the prewar brick building is in the middle of a dead-end block by the East River. The asking price for this unit is $675,000, which is also the current median sales price for the area.

The apartment has been newly renovated. There's a compact one-wall kitchen as you enter the apartment. There's dark wood flooring throughout the unit. The kitchen has stainless steel appliances and even though there isn't a huge amount of counter space, there is probably room for a small table. In its absence, there's a sturdy wooden shelf doubling as a breakfast bar along one wall.

The last one bedroom to change hands in the building closed for $695,000 last month and that was $20,000 below asking. The building is pet-friendly and amenities include a full-time doorman, an elevator, bike room, storage, and live-in super. Monthly maintenance is $1,637. 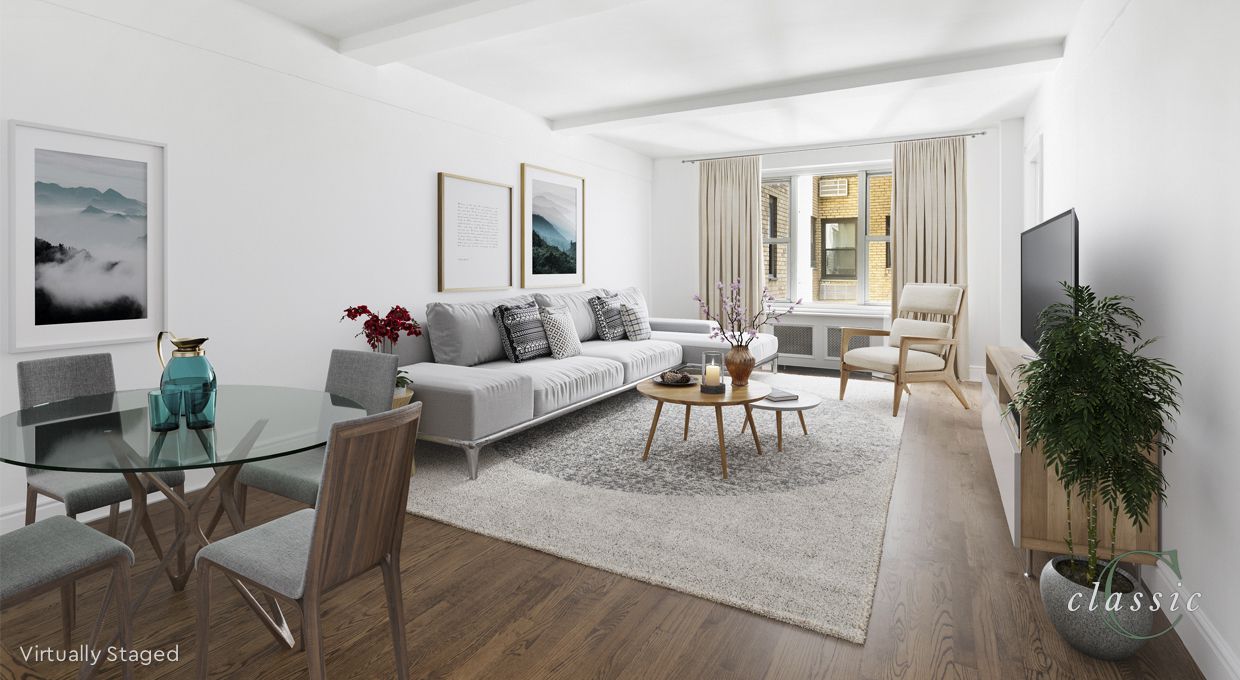 The living room is separated from the kitchen by a half wall and the digitally staged photos show there's room for a large couch as well as a small dining table. An east-facing window fills the end wall, although the view isn't expansive—it looks out on another side of the building. 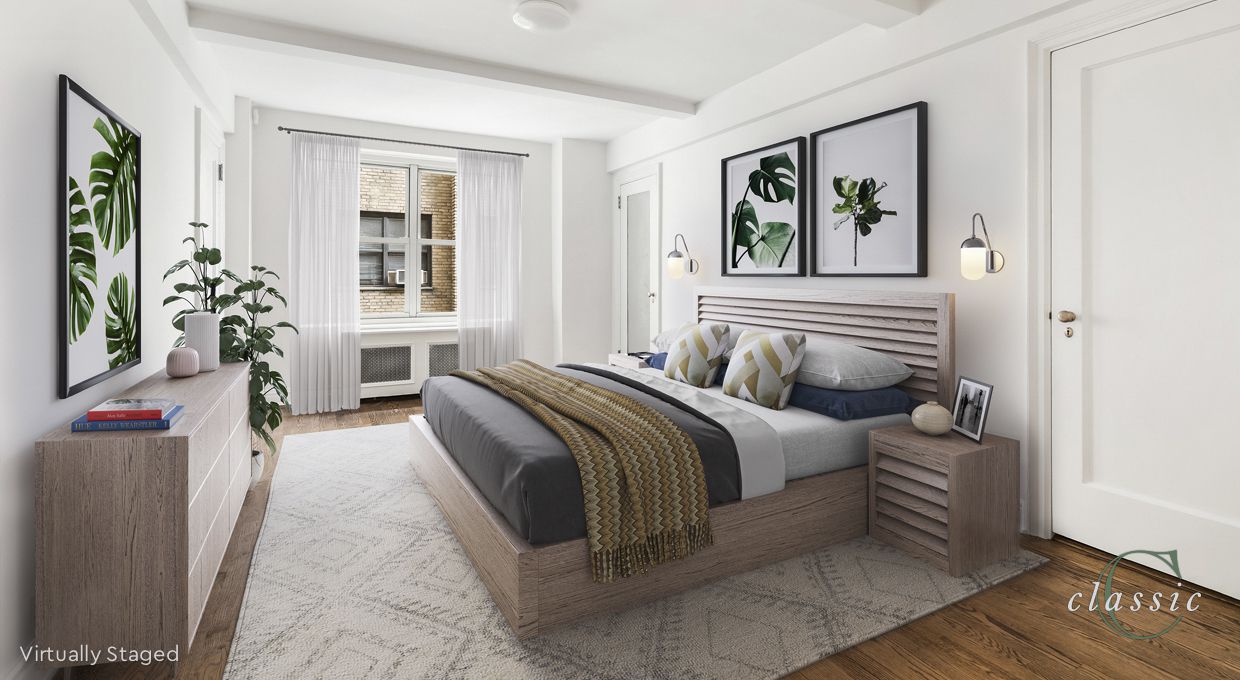 The bedroom is off the living room and has the same large window (and the same view). There are two closets, one a walk-in. The bathroom is an en suite bathroom off the master. 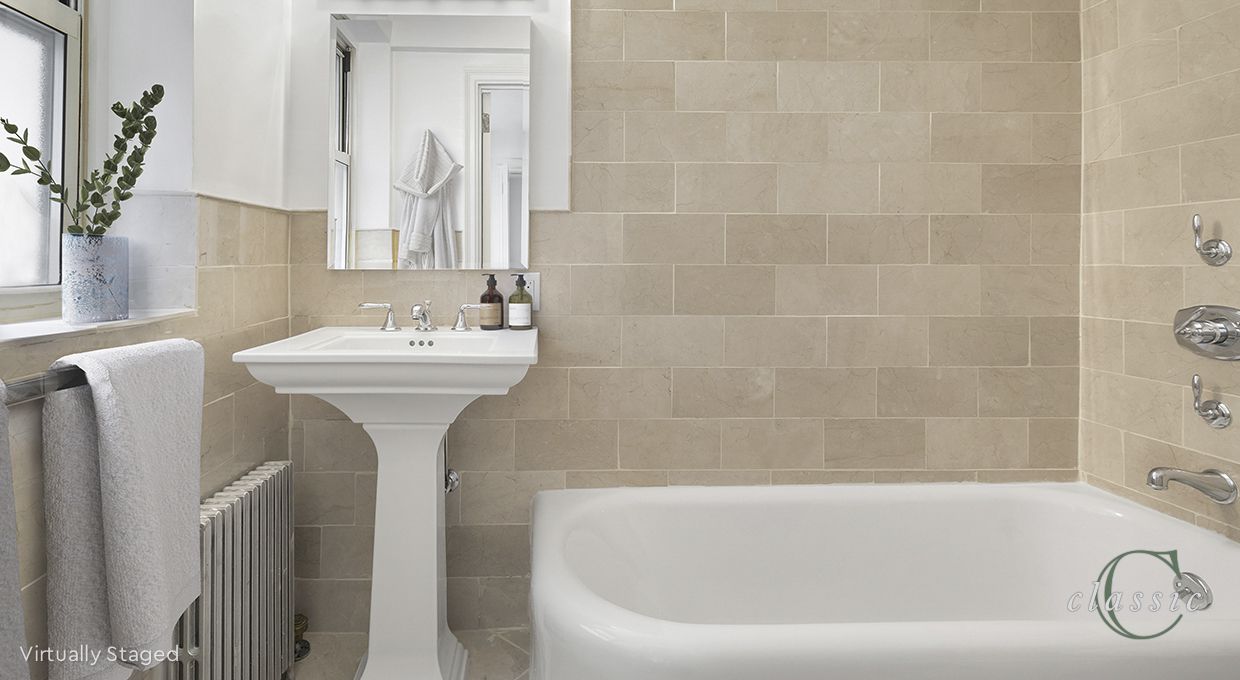 The bathroom hasn't been neglected in the renovation. The floor and walls are tiled in Crema Marfil marble and although the tub may not have been recently replaced, the pedestal vanity looks new. 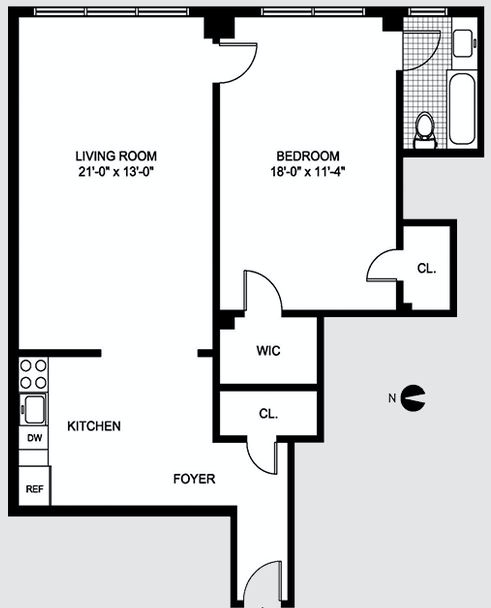 The area is bike-friendly and has lots of bike lanes and Citi Bike stations. A new esplanade is planned for the East Midtown waterfront which will bring some much-needed open space to the area.

It's a 10-minute walk to the subway stations for the E and M trains at Lexington Ave-53rd St, and a 15 minute walk to the 4, 6, and 6 express trains. Though that might feel like a schlep, the commute to the main business hubs is fairly short.

Pros and cons of buying a sponsor unit

co-ops renovation Sponsor co-op of the week Sutton Place
Brick Underground articles occasionally include the expertise of, or information about, advertising partners when relevant to the story. We will never promote an advertiser's product without making the relationship clear to our readers.
Share:

A Brooklyn Heights one bedroom with a private backyard for $735,000, no board approval required