It looks formidable from the front, but there are lots of surprises in store.

To appreciate how big this brick colonial on Staten Island house is, you have to check it out from the backside. Situated on an acre in Grymes Hill, the house measures about 3,200 square feet inside, and has five bedrooms, a pool, and a killer, eagle's-nest view of the Verrazano Bridge. The second-floor terrace looks like it provides an especially nice place to take in the scene. 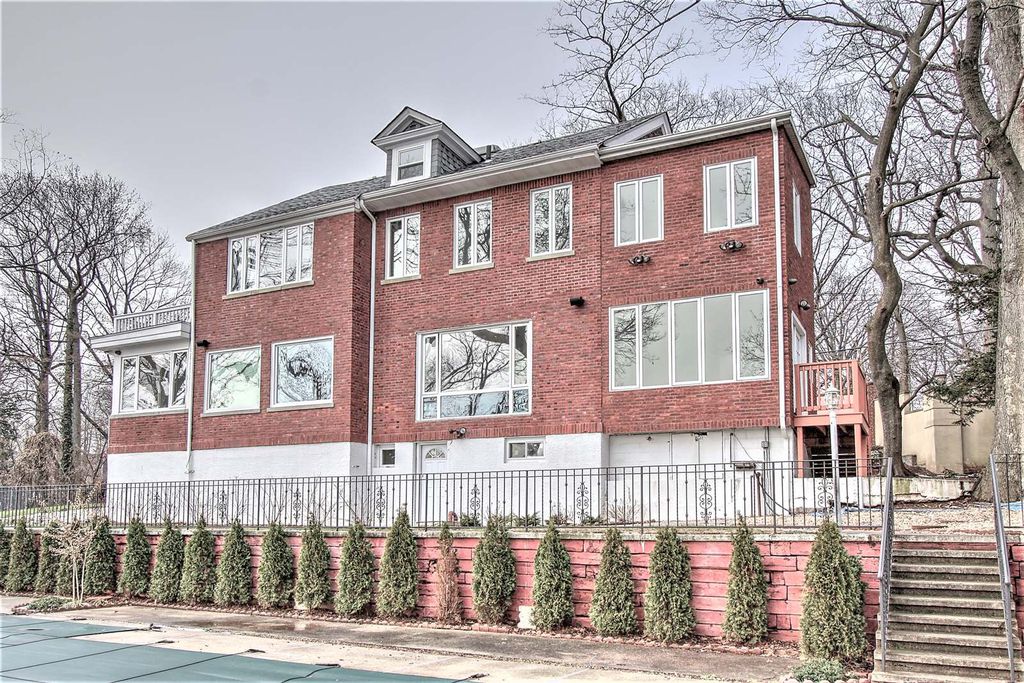 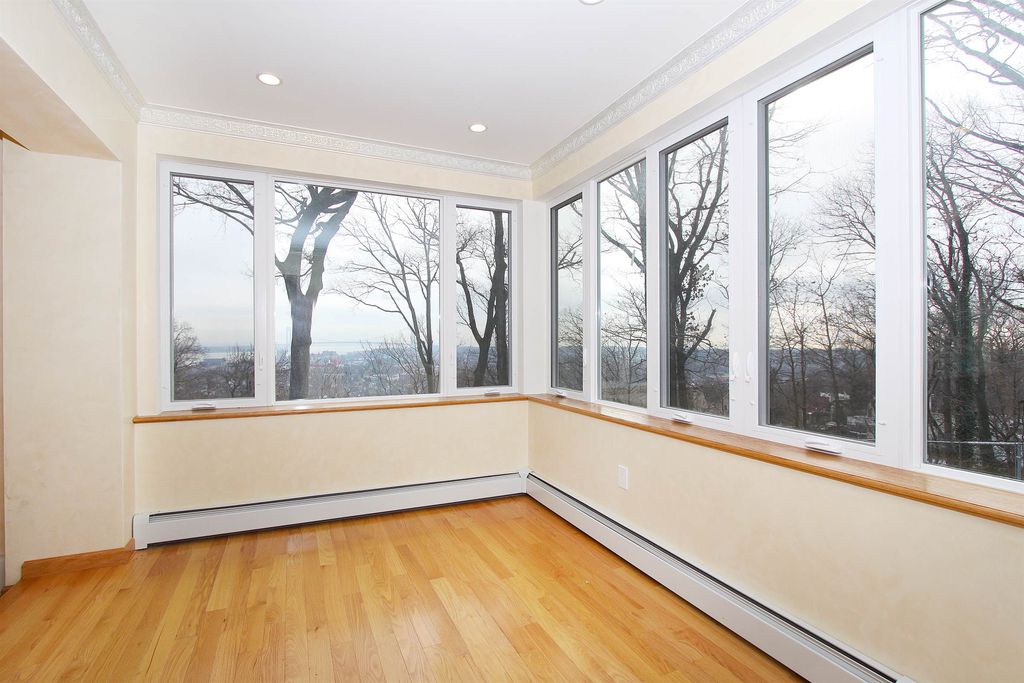 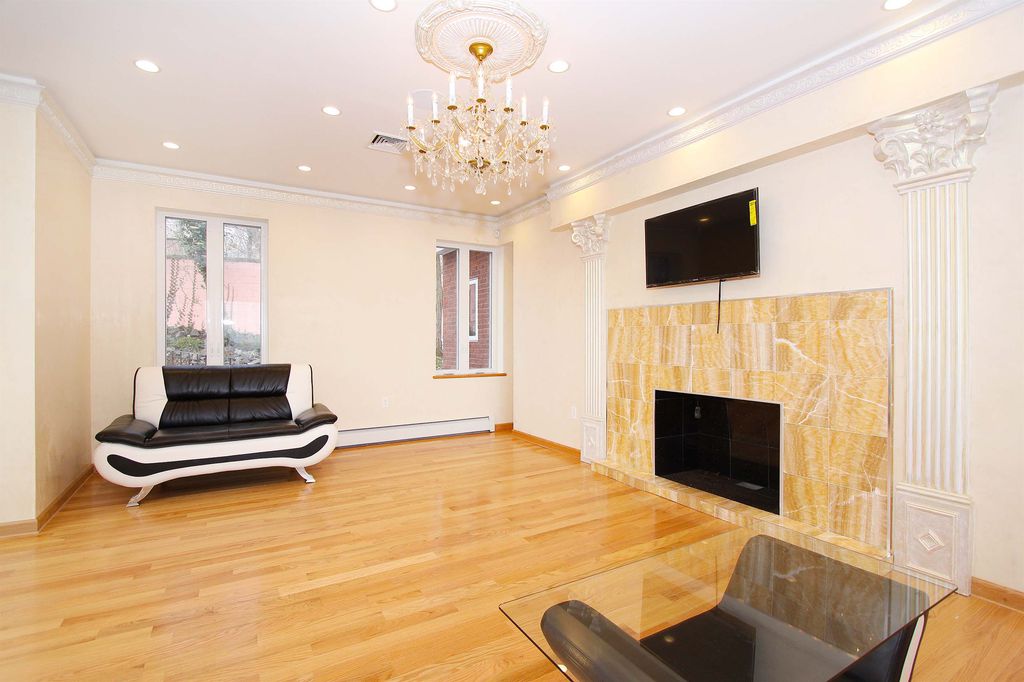 The house was built in 1930, and has been thoroughly modernized—but not without maintaining some old world charm, including ceiling medallions surrounding the many chandeliers. The living room has a pale onyx fireplace that almost matches the wood flooring. 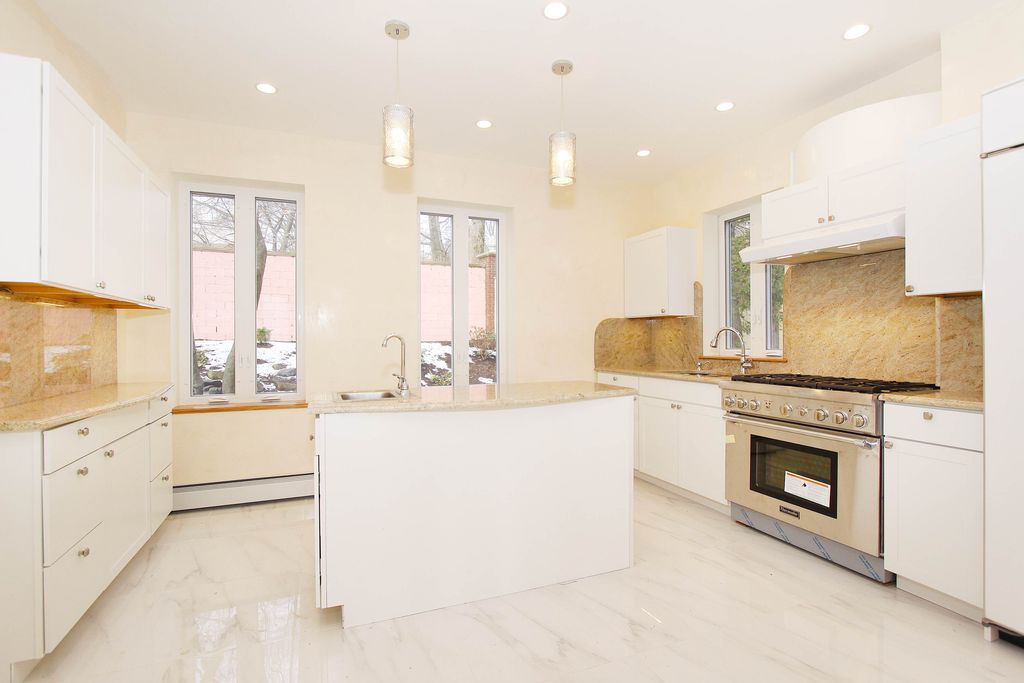 The kitchen is a totally contemporary space with both an island prep sink and a separate double sink. The beige and white tones are similar to the living room, although the countertop stone is not quite as striking as the fireplace. 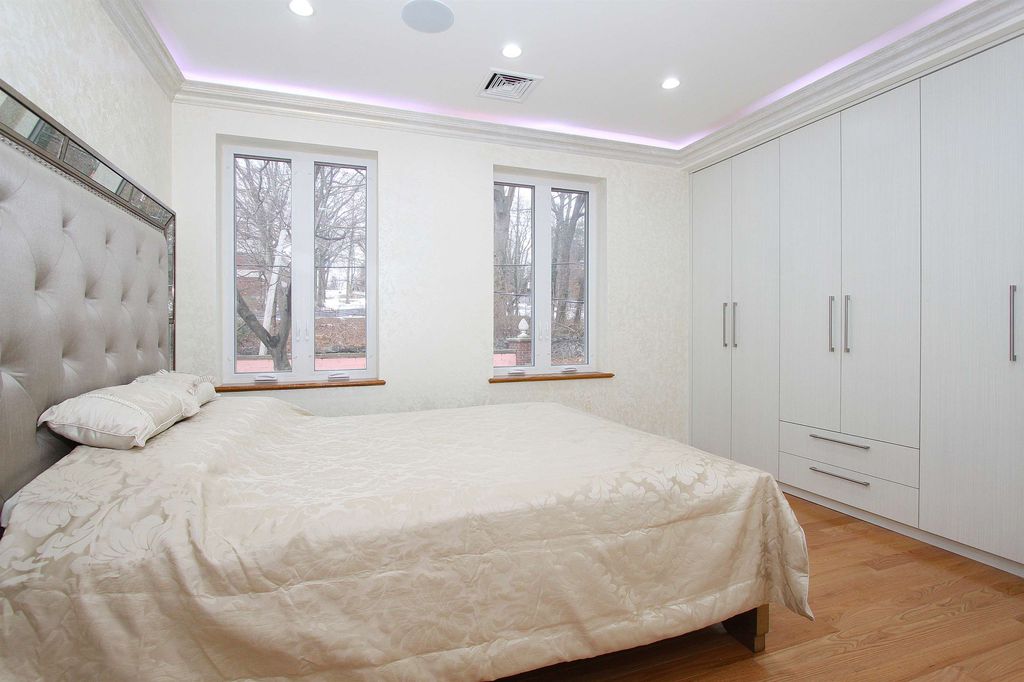 The upholstered headboard and purple molding lights in this bedroom might not be for everyone, but they're definitely compelling. 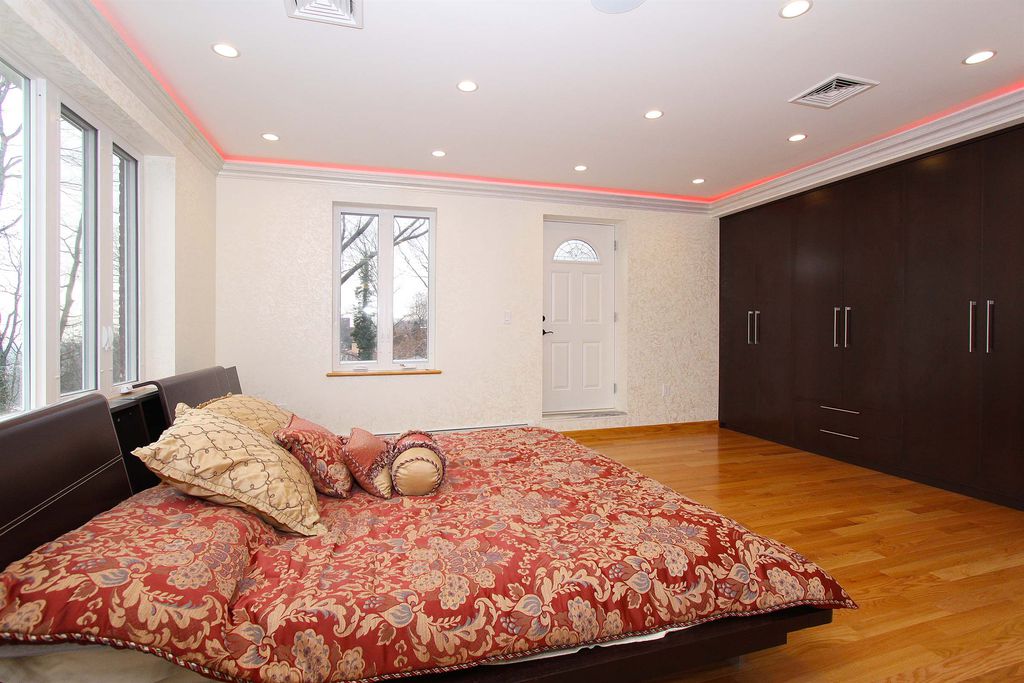 The car-ground-effects-esque lights appear again in this bedroom, the closets for which match other built-in storage in the house. Of the house's four and a half bathrooms, the four pictured in the listing all appear to have been updated. This one has a separated glass-walled shower stall in addition to a typical tub. 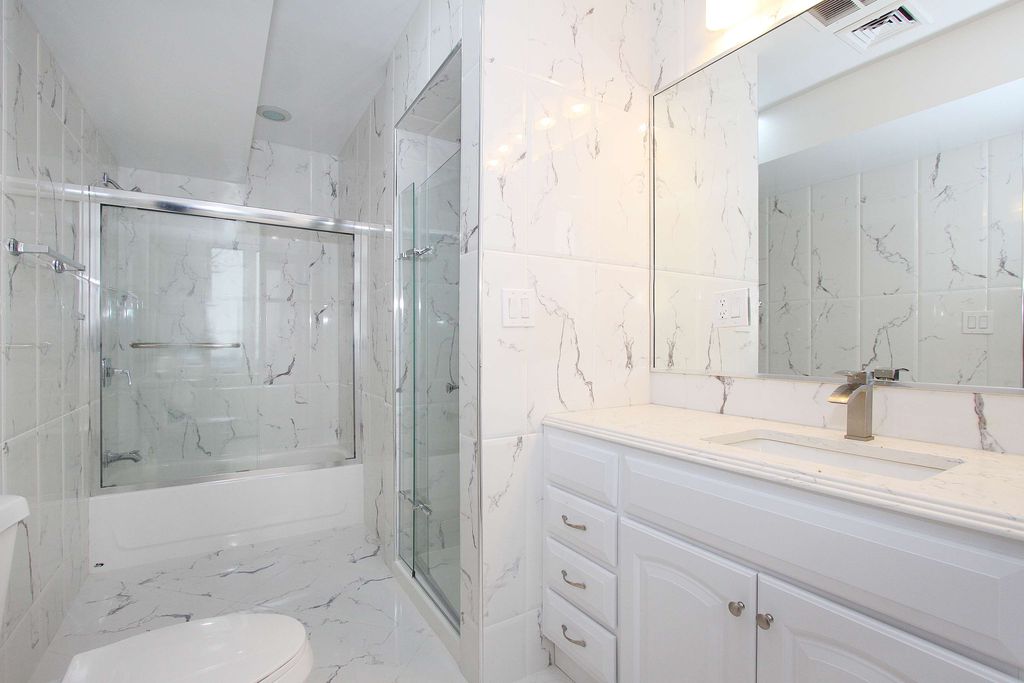 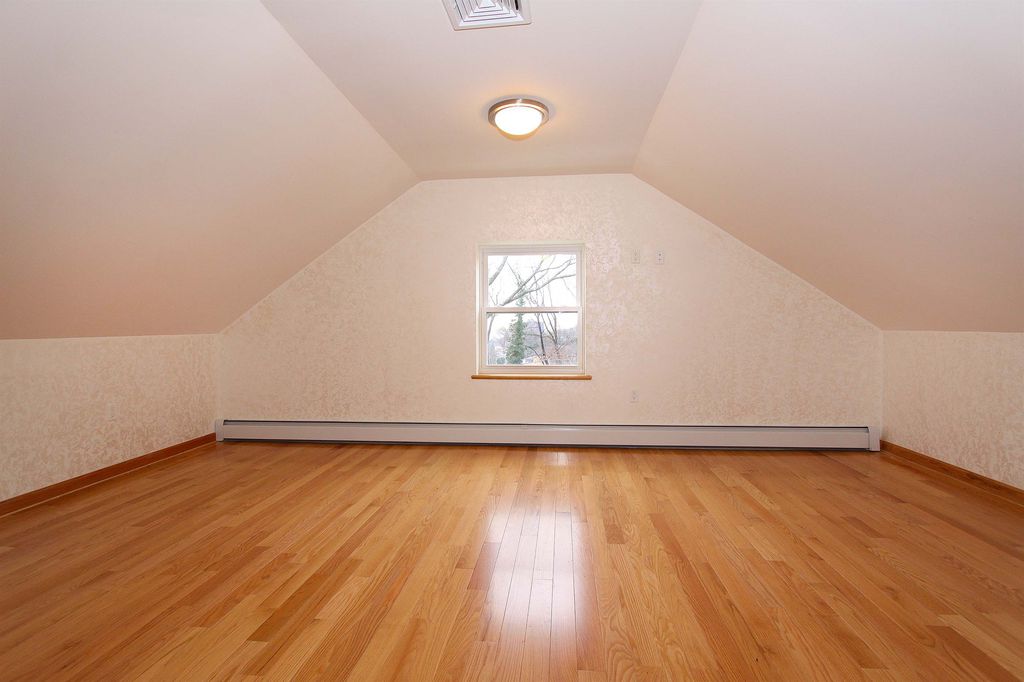 The finished attic space has its own three-quarter bathroom and what the listing says are two bedrooms in addition to the official five. In 1930 it was not uncommon to house domestic help in modest attic bedrooms like the one pictured. 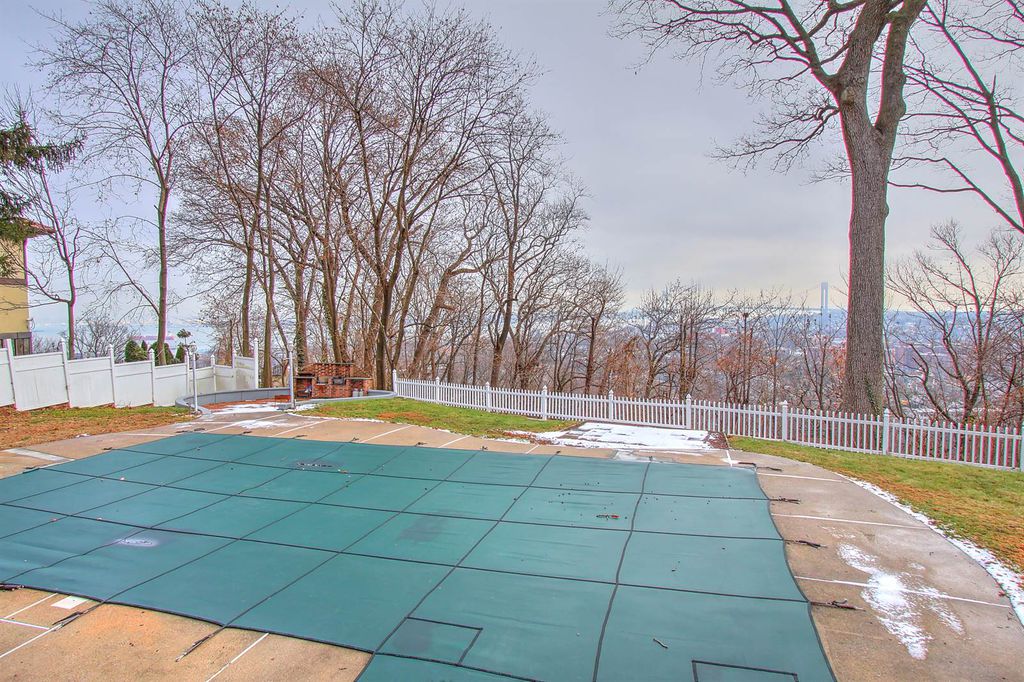 The house is about a mile from an express bus stop that will get you into Midtown in a little over an hour, and a 10-minute drive or 20-minute bus ride from the Staten Island Ferry Terminal.

10 things to love, and hate, about taking the Staten Island Ferry

house Staten Island
Brick Underground articles occasionally include the expertise of, or information about, advertising partners when relevant to the story. We will never promote an advertiser's product without making the relationship clear to our readers.
Share: