A bright, South Harlem studio with pool access and a tax abatement, for $650,000

Far reaching views and a Murphy bed give this 573-square-foot studio a sense of space. 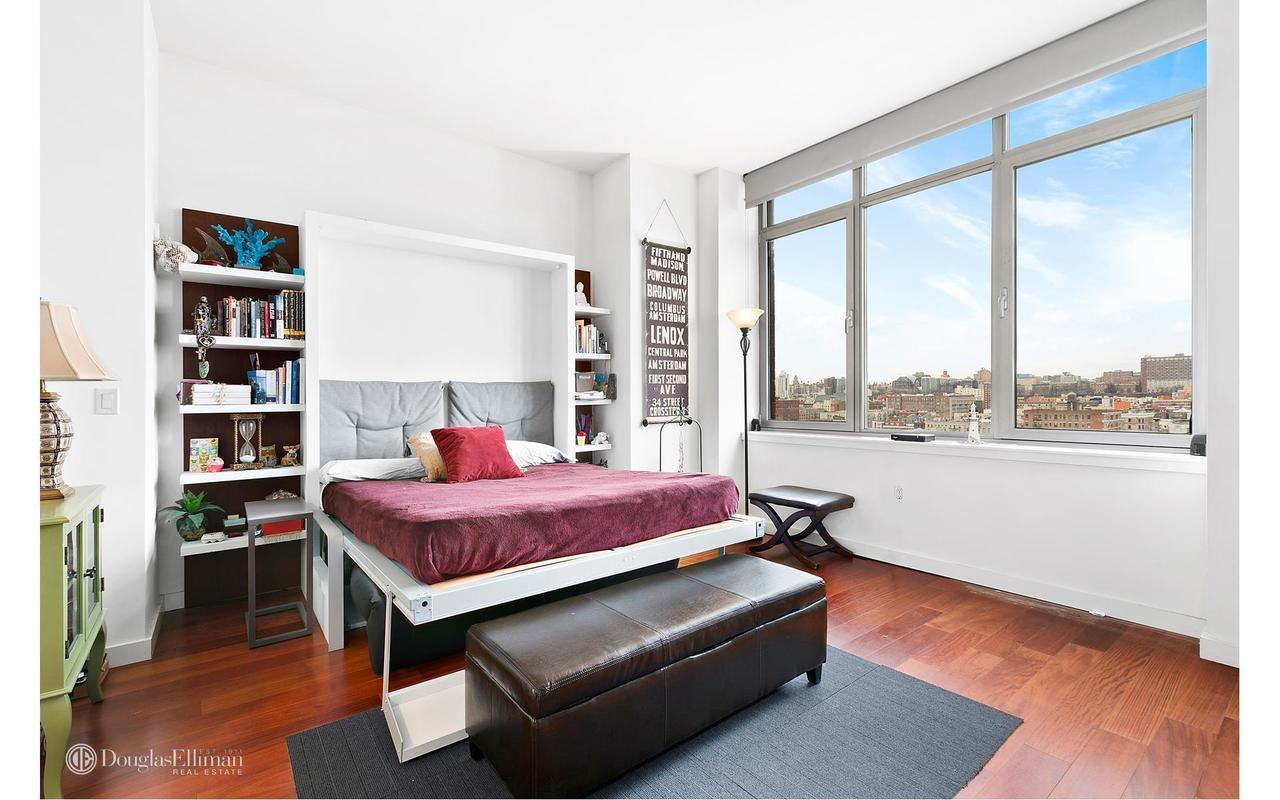 The studio has one large window facing west—a good orientation for afternoon and evening light. The main facades of the building get a lot of natural light all year long and the view looks pretty far-reaching. The built-in Murphy bed was imported from Italy and doubles as a sofa when it's folded against the wall. When it's down it looks like there's still plenty of room to move around. 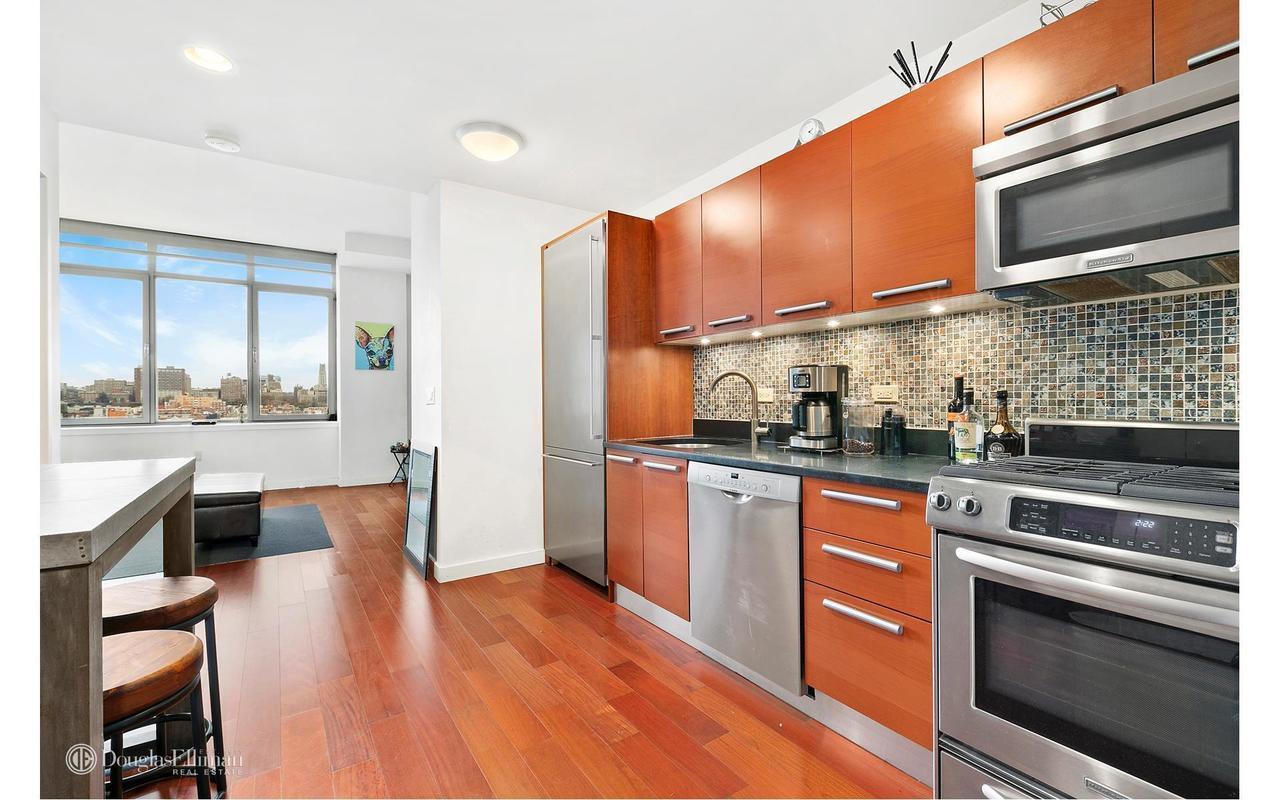 The unit is finished with Brazilian cherry oak floors and the kitchen has stainless steel appliances including a Bosch dishwasher and a Gaggenau fridge. 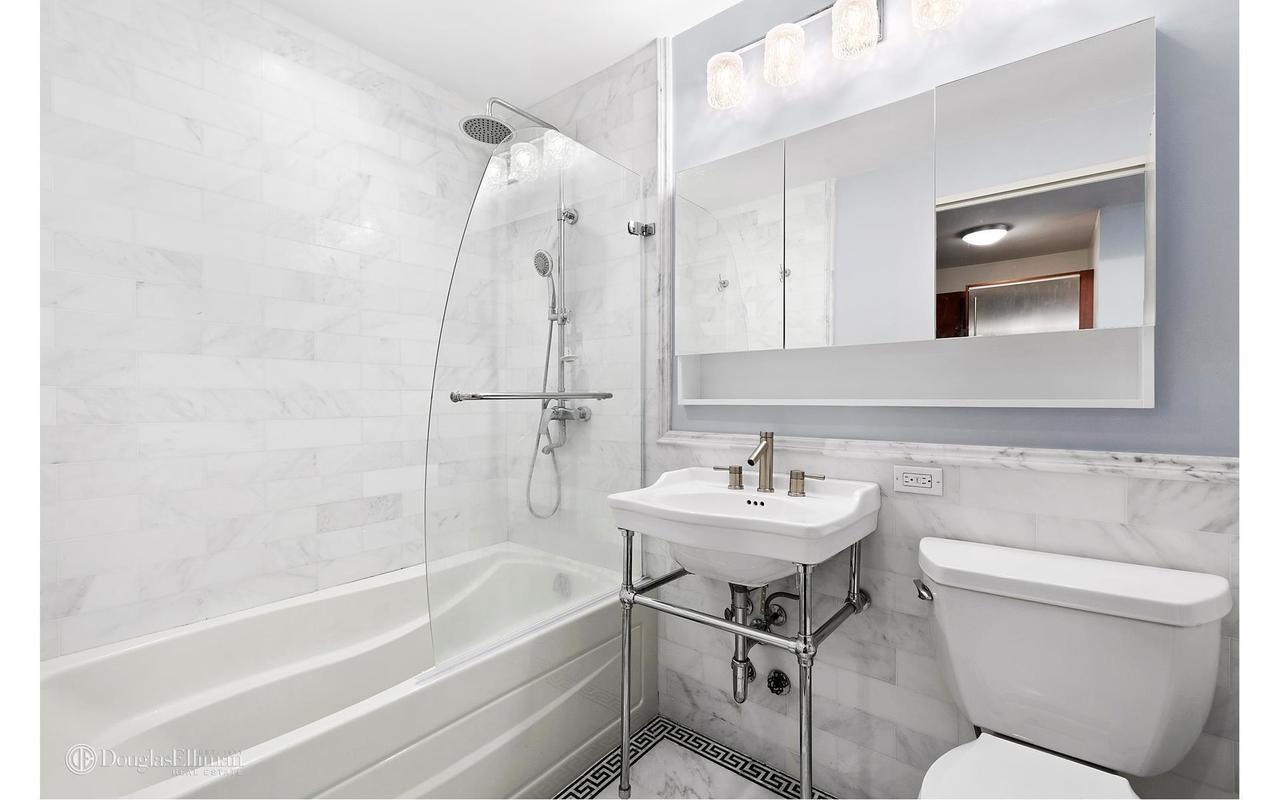 The bathroom has a tub with a shower fixture and the walls and floor are finished in marble. The unit has two built-in closets for storage as well as one containing a washer/dryer. 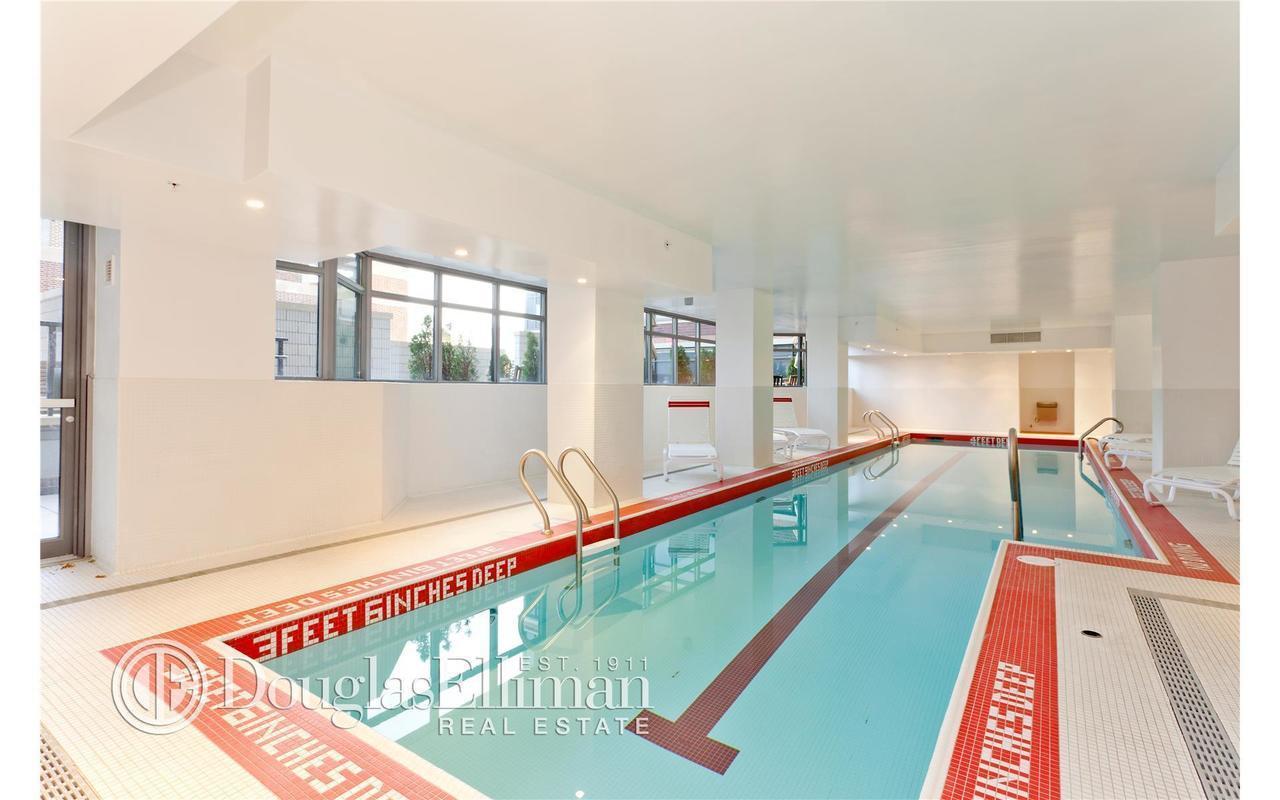 Amenities in the building include the heated lap pool as well as a full-time doorman, concierge service, package room, bike room, two sundecks, community room with a catering kitchen, kids’ playroom, fitness center, and parking. The building was completed in 2007.

Construction of new housing is booming in this part of Harlem and the blocks around Park Avenue and 125th are slated for dense residential, office and retail development. Car share services and Citi Bike are both expanding in the neighborhood. The building is right on Marcus Garvey Park, 10 blocks from Central Park and it’s a 10- to 15-minute walk to the 2, 3, 4, 5 and 6 subway stops at 116th and 125th streets.

421a property tax abatements: Know before you buy

Central Harlem: The insider's guide to living there

Condo pick of the week
Brick Underground articles occasionally include the expertise of, or information about, advertising partners when relevant to the story. We will never promote an advertiser's product without making the relationship clear to our readers.
Share:

My 11-year co-op nightmare: The board was grossly incompetent, and it cost me

Hunting for stylish furniture rentals in NYC? Here's where to shop

One-wall, galley, and Pullman kitchens: What’s the difference, and is one more preferable than another?