If a pool is your non-negotiable, here's what you need to know

Westport, CT seven-bedroom, six-bathroom, two-half-bathroom house, $1,995,000: Located on 2.55 acres at 83 Easton Road, this 7,458-square-foot home offers five bedrooms (plus a two-bedroom guesthouse), as well as a bonus room over the recently renovated kitchen. There’s also a pool, a spa, a pool house and a sports court.

Looking for a vacation home with a pool outside NYC, but can’t bear the thought of suffering through Hamptons traffic every weekend? In this week’s Beyond the Hamptons edition of Buy Curious, Douglas Elliman’s Jennifer Leahy and Eileen Green Realty’s Annie Rohrmeier suggest some alternative locales and tell you everything you need to know before even thinking about purchasing a house with a pool.

I’m in the market for a vacation house with a pool. What do I need to know? And where should I look?

Let’s first address the where.

Eileen Green Realty’s Rohrmeier certainly thinks so, and not only because she sells real estate there. “I’ve lived in Bellport for 40 years,” she says. “I’ve raised my family here.”

Located on Long Island’s Great South Bay—about an hour-and-a-half-hour drive from Manhattan—the incorporated village of Bellport is just 1.5 square miles, and, according to Rohrmeier, it’s a “a quaint, wonderful town,” whose housing stock consists of enchanting 19th-century homes. The median sale price for a home in the village is $270,000, according to Realtor.com.

While it doesn’t have the rollicking nightlife one might find in the city (or the Hamptons, for that matter), Bellport is “a great little low-key town that has everything you might need for the weekend,” says Rohrmeier, noting that it has “four restaurants, plus a deli, a café, a Chinese restaurant and a pizza place,” in addition to a liquor store, a grocery store and a gift shop.

There are also tennis courts, a golf course, and a summer theater, the Gateway. It even has its own private beach—Ho Hum Beach on Fire Island—which is just a short ferry (or private boat) ride from Bellport. Although if you’re getting a place with a pool, you probably won’t have to make that trek very often. (Rohrmeier estimates that about 15 percent of the houses in Bellport have pools, which she says, is “a lot for a town this size.”)

How about Fairfield County, Connecticut?

“Very interestingly, my [listings] with pools are primarily viewed by New Yorkers in search of a weekend retreat,” says Douglas Elliman’s Leahy, who proposes such Fairfield County, Connecticut towns as Westport and Ridgefield as suitable alternatives to the Hamptons.

Just 47 miles northeast of midtown Manhattan (a little over an hour’s commute by Metro-North train)—and ranked as the 10th most affluent town in the U.S. by Forbes in 2008—Westport is a ritzy mix of both rural and city life. It can be eerily quiet—especially at night—and brims with trees, says Leahy. Yet it still has “all the high-end stores and amenities city folk will want,” she adds, referring to the multitude of luxury brands, chain stores, and fancy restaurants that are found mostly on Post Road and Main Street.

It’s “artsy,” says Leahy of the community that both J.D. Salinger and F. Scott Fitzgerald once called home. As such, some of its most well-known attractions include the Westport Country Playhouse, a 578-seat theater that offers live theater experiences from April to November; and the Westport Arts Center, a visual and performing arts center that is currently showcasing “Two Steps Forward,” a contemporary Cuban art show.

Westport’s housing stock consists of houses ranging from humongous gated estates to smaller midcentury Capes. According to Realtor.com, the median closing price for a house is $1.1 million. According to Leahy, there are currently 410 single-family houses on the market—136 of which have pools.

Ridgefield—which is also a little more than an hour outside the city—is more affordable than Westport, with a median closing price of $538,000, according to Realtor.com. The housing stock consists mostly of single-family colonials and Capes.

“Ridgefield is the secret gem of Fairfield County,” says Leahy. “It’s chill. It’s down-to-earth. And you can get a fantastic house for under $1 million.”

Attractions include the Ridgefield Symphony Orchestra, the Aldrich Contemporary Art Museum, and the Ridgefield Playhouse, which books a diverse assortment of comedians and musicians every month.

While there’s lots of stuff to do in Ridgefield, the town is “landlocked,” says Leahy, which makes having a house with a pool that much more important in the summer months. There are currently 345 single-family houses on the market—94 of which have pools, adds Leahy.

Now that you know where to look, here’s what you need to know before buying a house with a pool:

Check out these listings where you can get your swim (or maybe wade) on:

Bellport, NY six-bedroom, four-and-a-half-bathroom house, $2.195 million: Located at 12 Baycrest Avenue, this restored 1923 home is located on its own private lane. There’s a master suite with a fireplace, an open gourmet chef’s kitchen with luxury appliances and custom cabinetry, a new cedar shingle roof, all new pipes and plumbing, a new septic system, a new sprinkler system, a barn/garage that can be used as a pool house and a brand-new 20x45-foot heated saltwater pool. 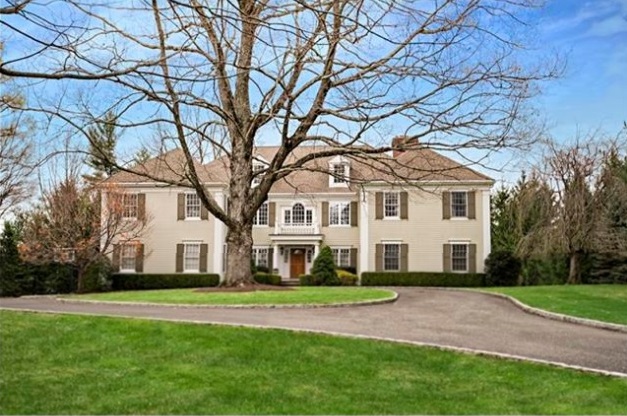 Buy Curious buying Pools vacation home
Brick Underground articles occasionally include the expertise of, or information about, advertising partners when relevant to the story. We will never promote an advertiser's product without making the relationship clear to our readers.
Share:

The Concourse: The insider's guide to living there

Want to add a roof deck to your NYC townhouse? Here's what to consider

My roommate was exposed to the coronavirus. Do I need to be in quarantine too?