An updated Washington Heights one bedroom for $439,000, no board approval required

The hardwood floors have been refinished throughout the apartment with new baseboards, doors, and trim.

This one-bedroom, one-bathroom co-op, 70 Haven Ave., #2E, is on the second story of a prewar building in Washington Heights. The area recently fared well in Brick Underground's list of best neighborhoods for first-time buyers and came out top in a list of best neighborhoods for college grads. Washington Heights residents have strong connections with the Dominican Republic and you don't have to go far to find stores serving rotisserie and braised chicken with rice and plantains. Also, capital improvements are on the way, like the overhaul of Highbridge Park, and for transit, the 1, A, and C trains bring commuters to Midtown and the West Side.

This apartment is offered at $439,000, which is below the current median sales price of $498,000 for similar sized units in this part of the city. Monthly maintenance is relatively low at $494 and amenities include a live-in super, shared laundry facilities, an elevator, a bike room, and storage. 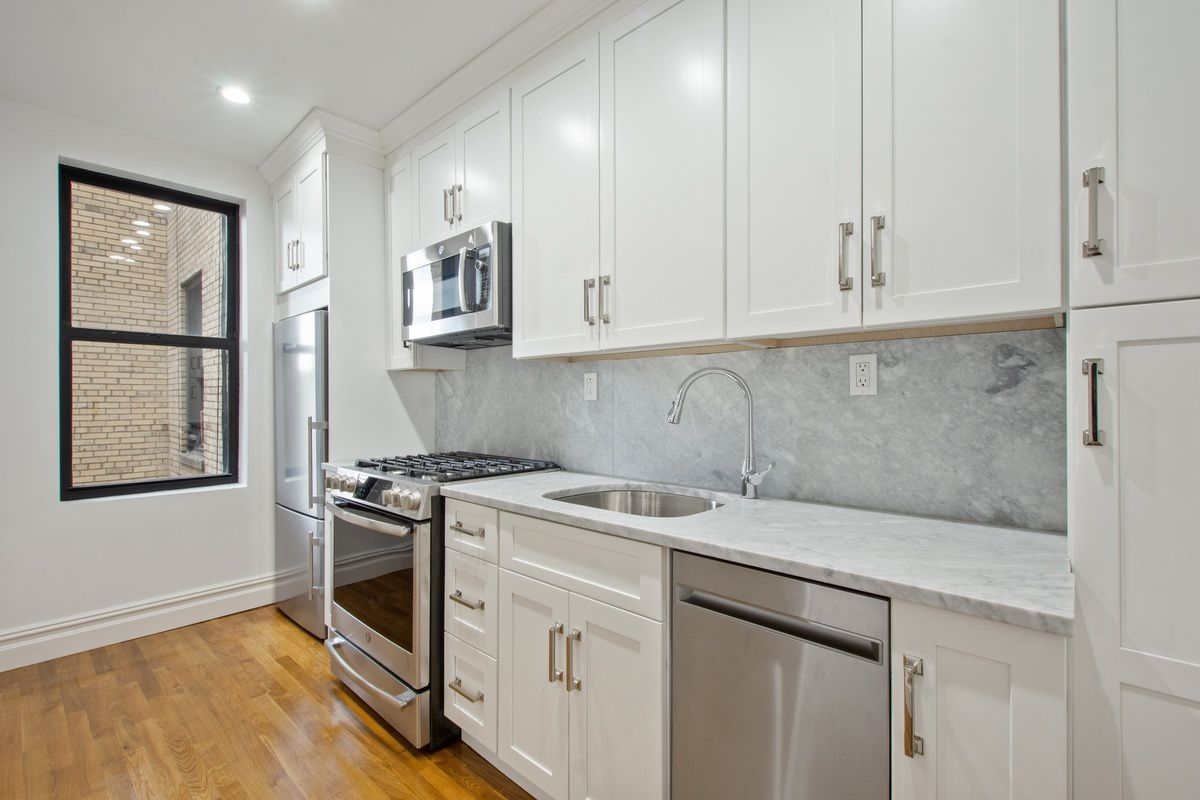 The last one bedroom in the building sold above asking at $410,000 earlier this year, although it was on the sixth floor and this unit is on the second. The kitchen is a separate room off the living area and has a window and recessed lighting. 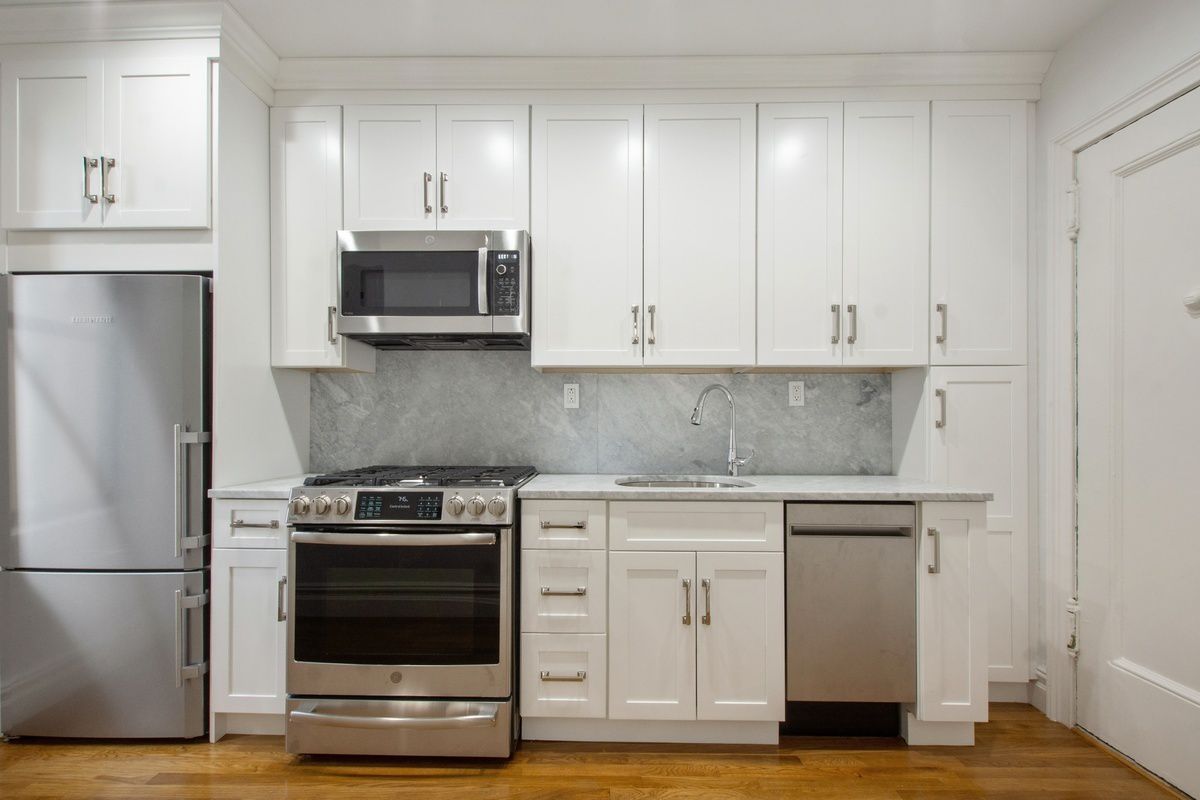 The appliances are lined up along one wall and include a slim dishwasher, a Liebherr refrigerator, a GE oven, and a microwave. The kitchen has marble countertops and backsplash plus white Shaker-style cabinets topped with crown molding. 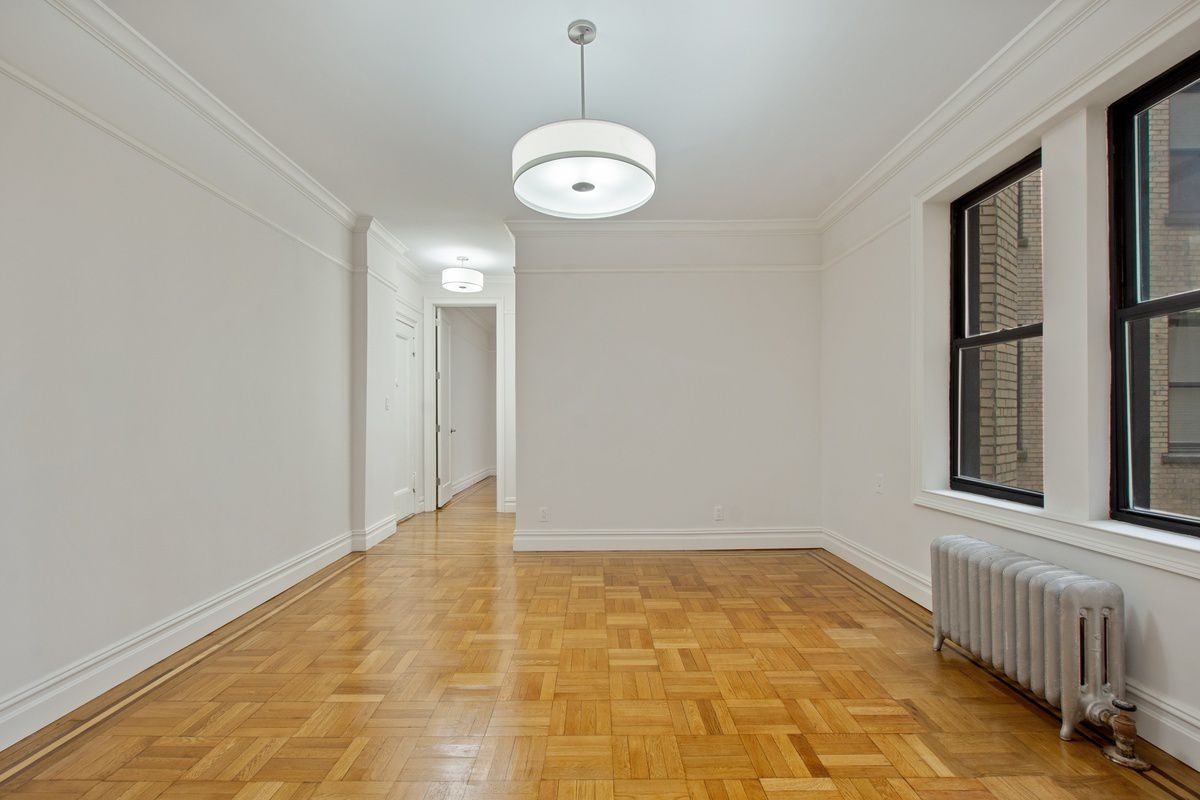 The hardwood floors have been refinished throughout the apartment with new baseboards, doors, and trim. 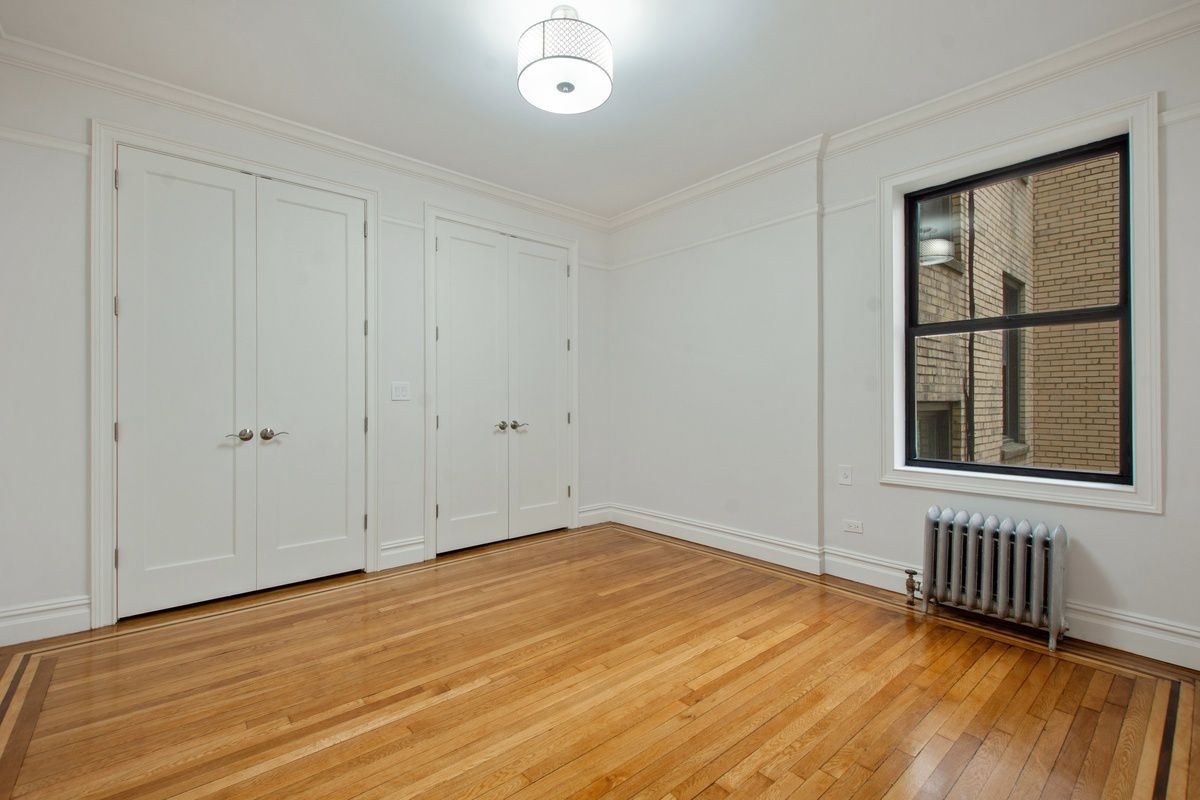 The bedroom has a wall of closets, as well as new crown and picture moldings. 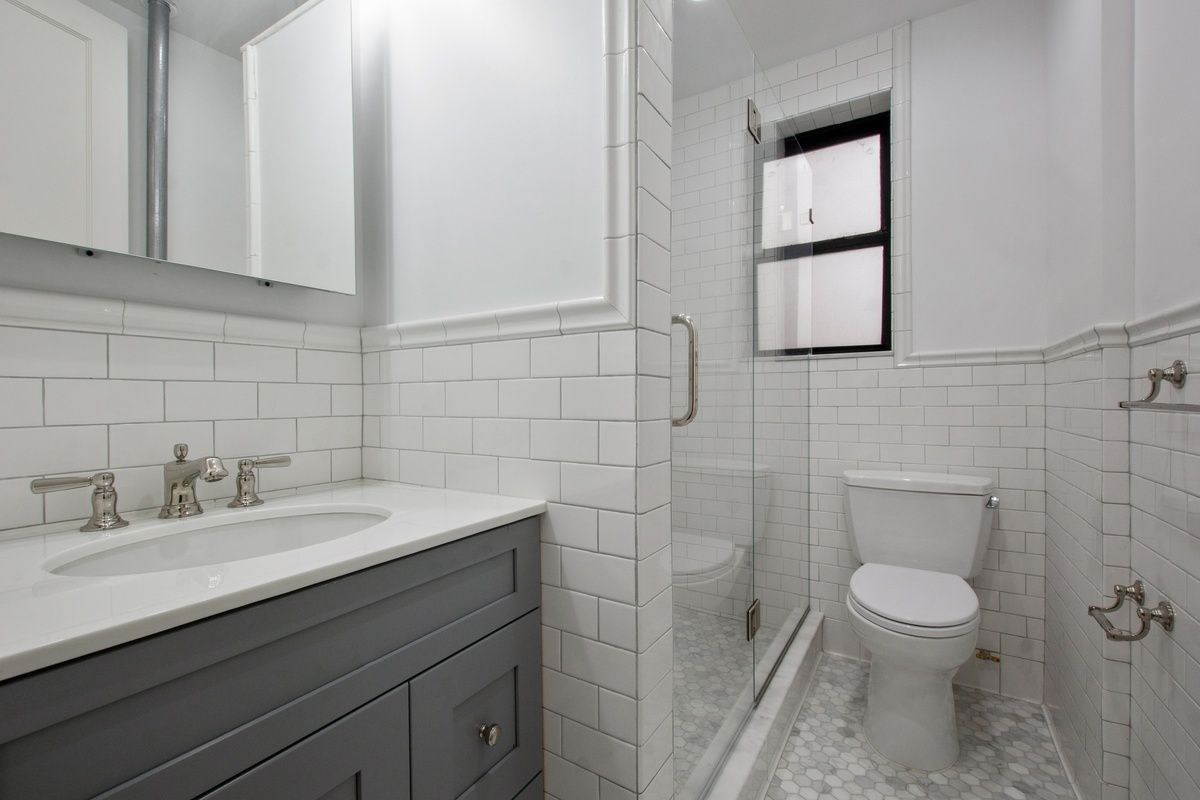 The bathroom is opposite the co-op's main entrance and has newly installed hexagon marble flooring, subway tile, a custom glass shower stall, and polished nickel fixtures.

It's a seven-minute walk to the subway stops at 168th Street for the A, C and 1 trains. Two of the nearby stations have elevators and are accessible for people with wheelchairs and strollers. It's about a 40-minute commute to Midtown.

There are bike lanes nearby but no Citi Bike stations and this stretch of Haven Avenue has recently been resurfaced so you shouldn't see sidewalk closures or water main shutoffs for at least a year while the area is construction free.

Washington Heights vs. Inwood: Which neighborhood is for you?

co-ops prewar Sponsor co-op of the week Washington Heights
Brick Underground articles occasionally include the expertise of, or information about, advertising partners when relevant to the story. We will never promote an advertiser's product without making the relationship clear to our readers.
Share:

A broker is misrepresenting a condo in my building. Should I report it?

A rent-stabilized apartment on Central Park, WeWork to close its school, & more

Dispelling the myth of New Yorkers' unfriendliness, is Mayor De Blasio sick of the city? & more