The main house has four bedrooms, and the property is walking distance from the ferry.

Block Island is Rhode Island's secret weapon. Newport has the fancy mansions and the acclaim, and Providence has Brown University and plenty of intrigue. Then there's Block Island, with its under 10 square miles of land mass, ringed by pristine beaches and bluffs, and dotted with parkland. And since it's 13 miles off the coast, it's not quite as swarmed as some of the more accessible mainland summer spots, like nearby Montauk.

For entertainment, aside from frying on the sand, Block Island is a popular spot for sailing, and hosts the Block Island Race Week every summer. The island also has hiking and bicycling trails, and diving sites off the coast. And of course there are a dizzying number of places to eat fresh seafood.

This Block Island cottage is listed for $895,000. It's a 10-minute walk from the ferry in the main town of New Shoreham, with four bedrooms, two and a half bathrooms, and an open plan kitchen and dining room. Also, the property includes a guest cottage out back, featuring a lofted bedroom, a kitchenette, and a full bathroom.

Starting with the main attraction, the bigger house boasts a gorgeous front porch. 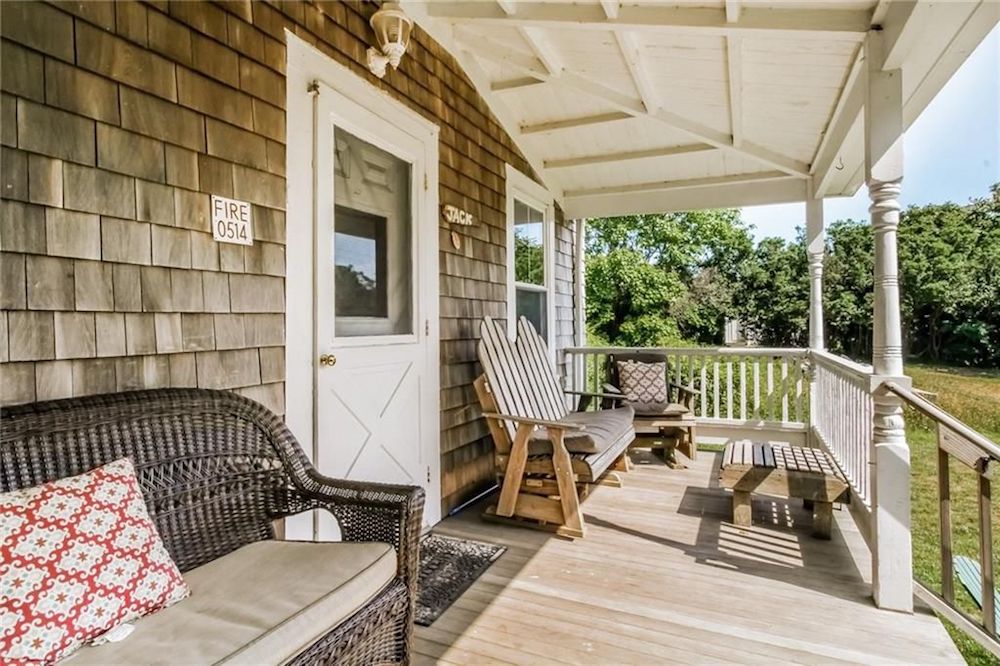 On the first floor, there's a spacious, well-lit and open kitchen, dining room, and sitting area. 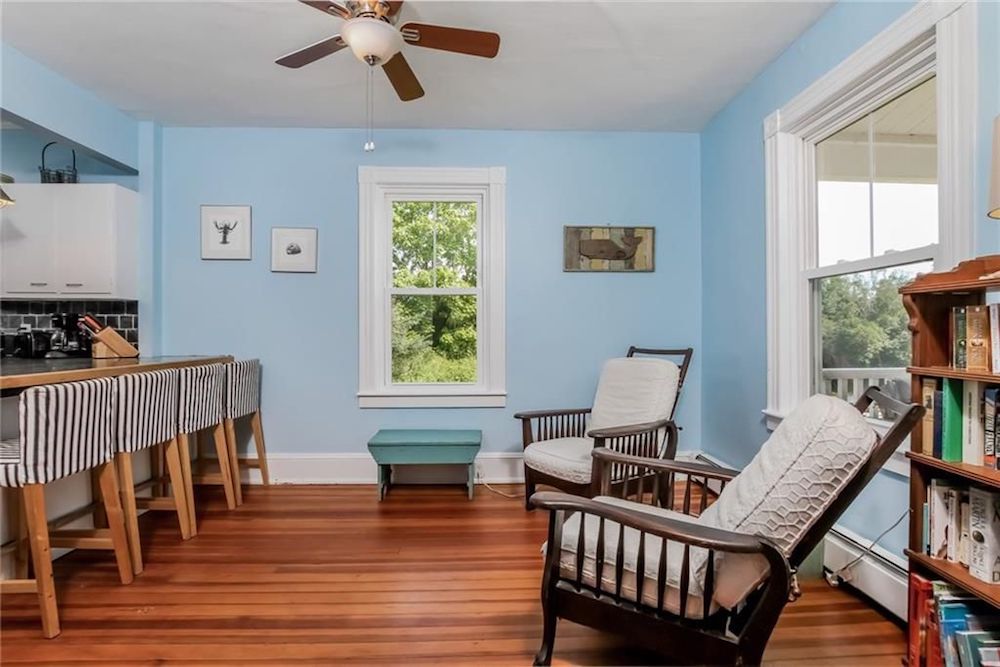 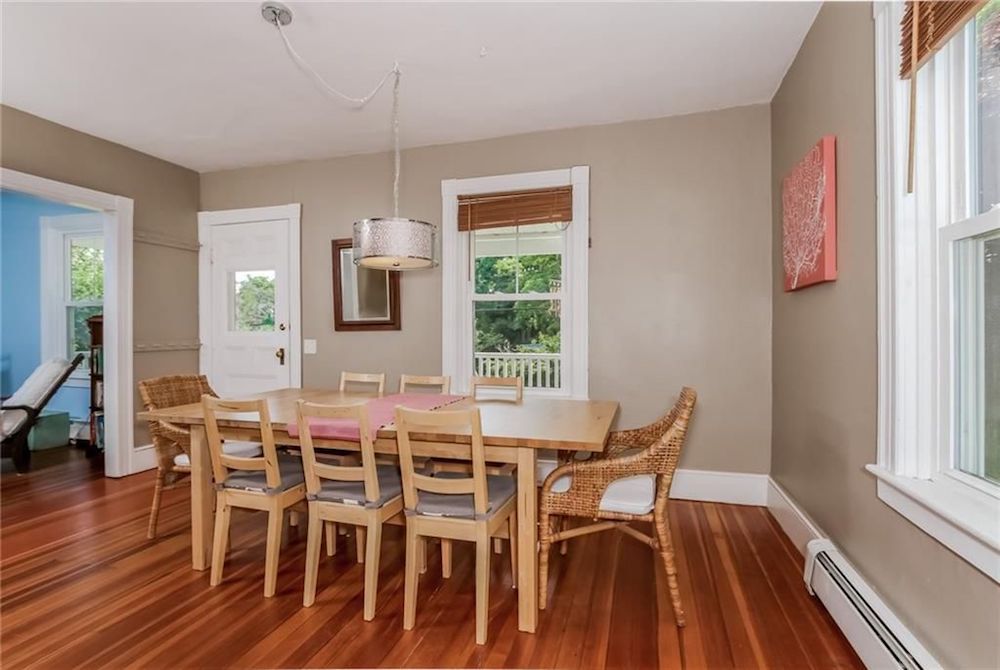 The kitchen is a nice size, with newish appliances. 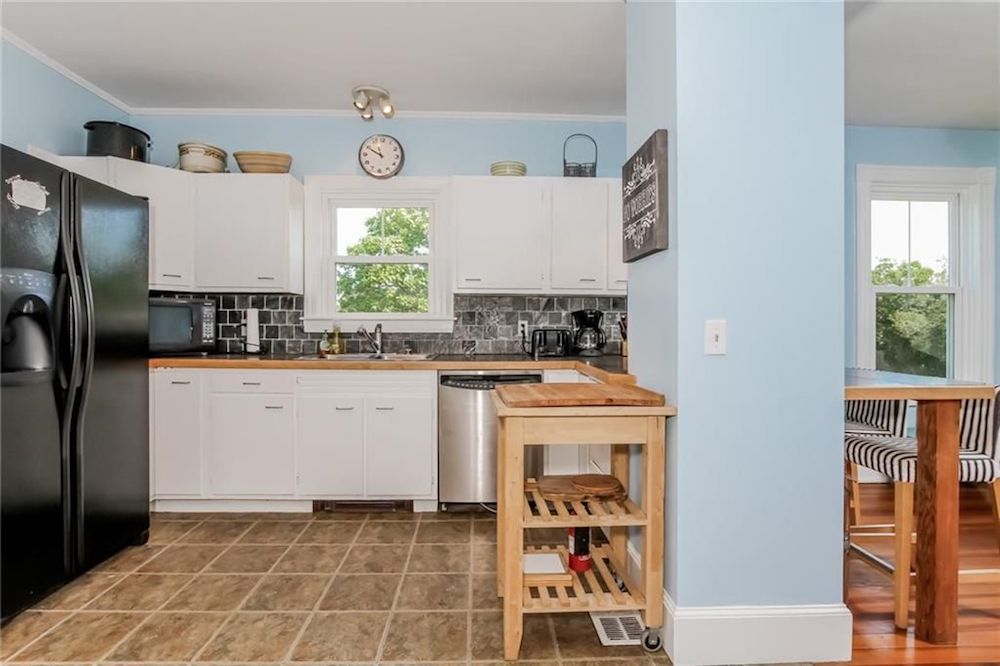 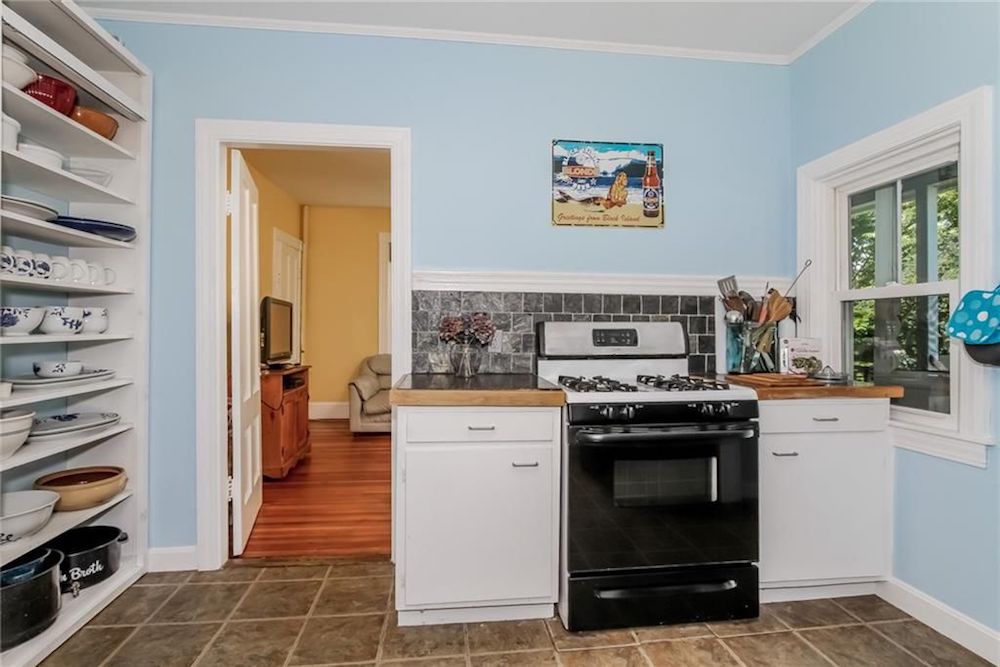 There's a living room just off the kitchen. 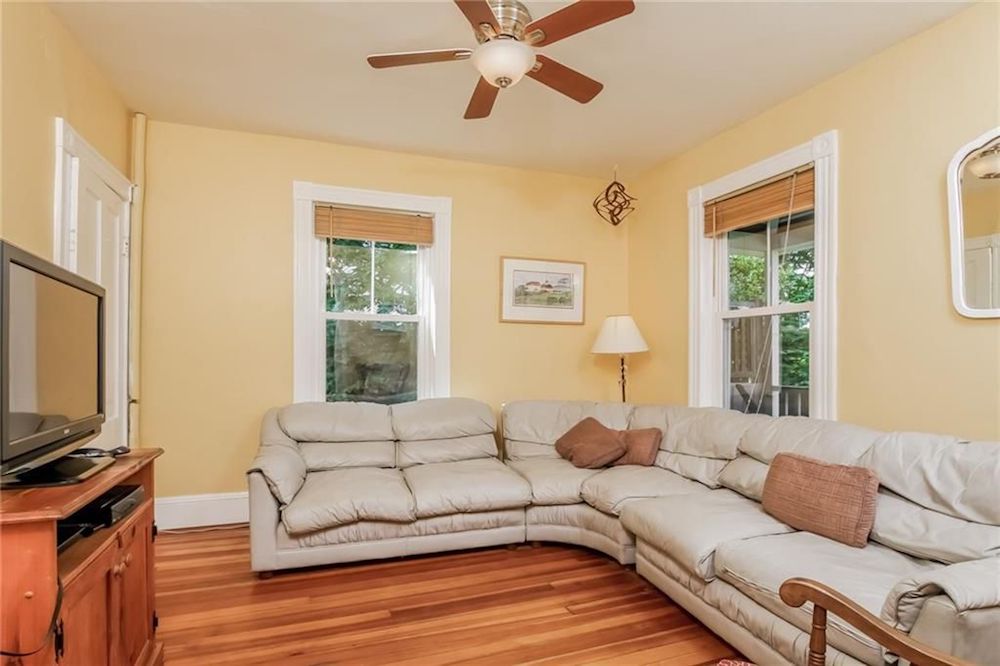 There are three good-sized, sunny bedrooms upstairs, all uniquely shaped. 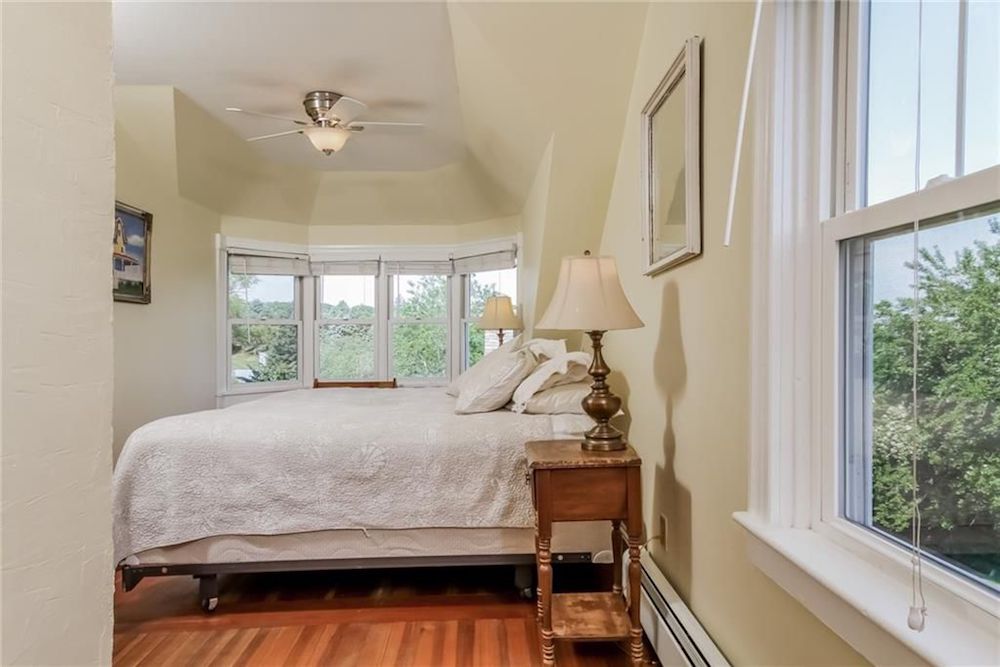 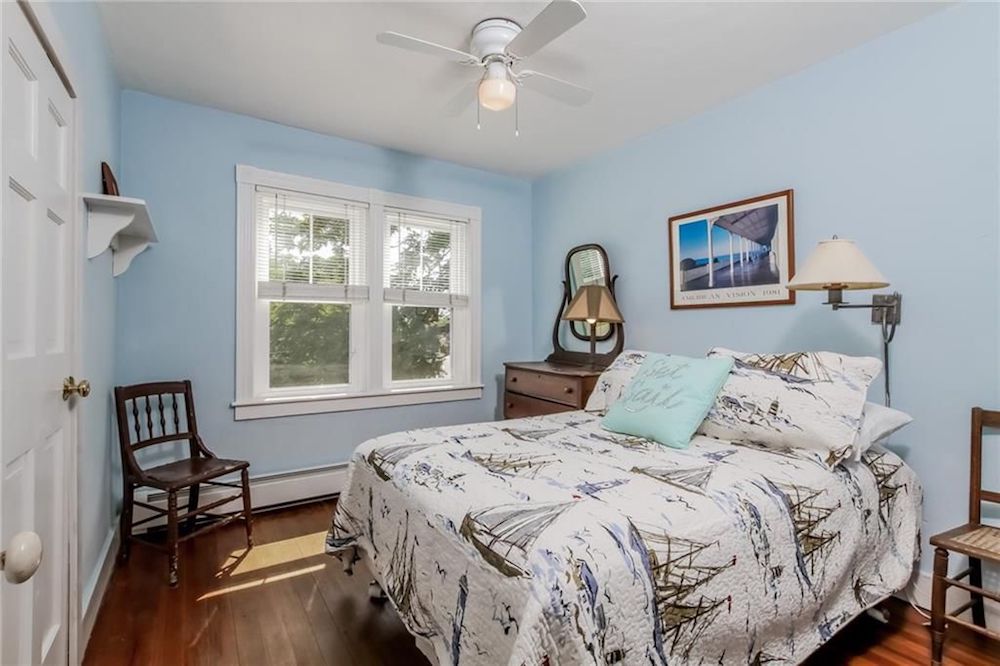 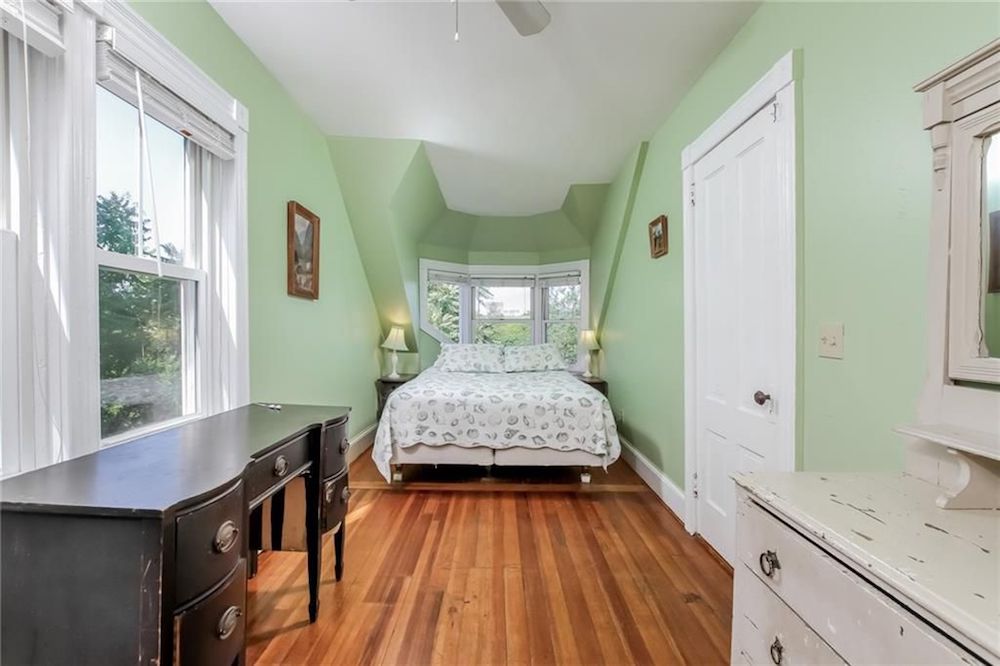 And there's a shared bathroom with basic finishes. 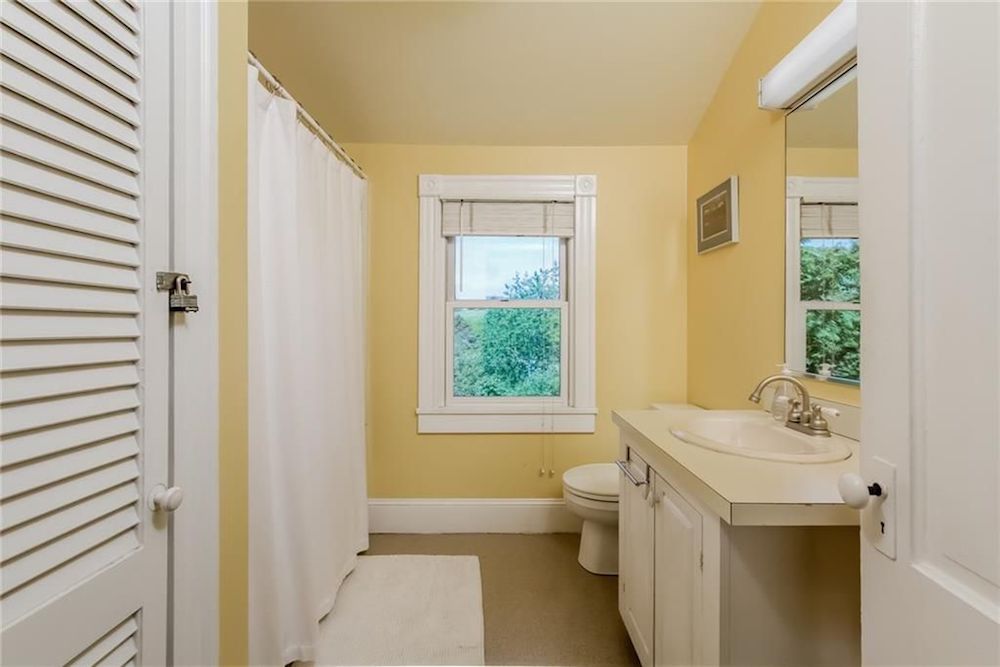 Under the main kitchen/dining level, there's a playroom that can be used as an additional bedroom. 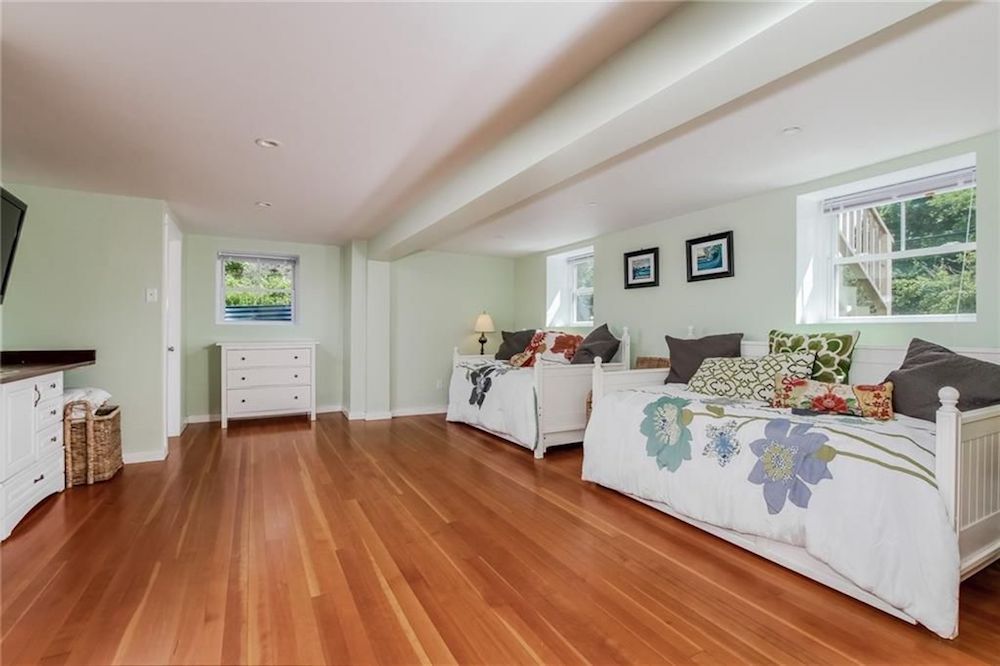 And there's another bathroom. 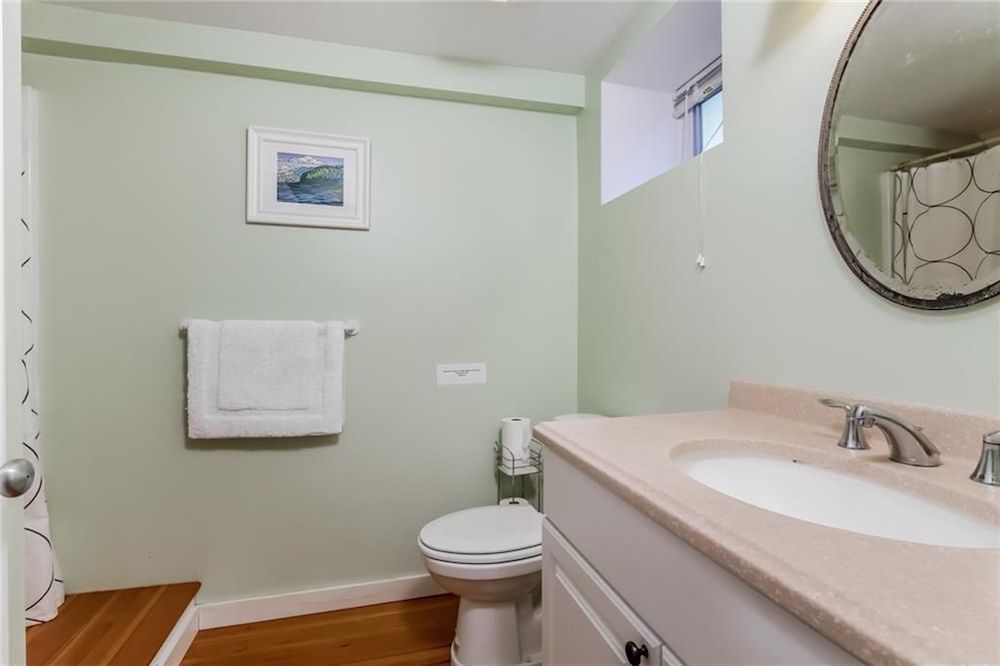 The backyard is spacious and gets a lot of sun. 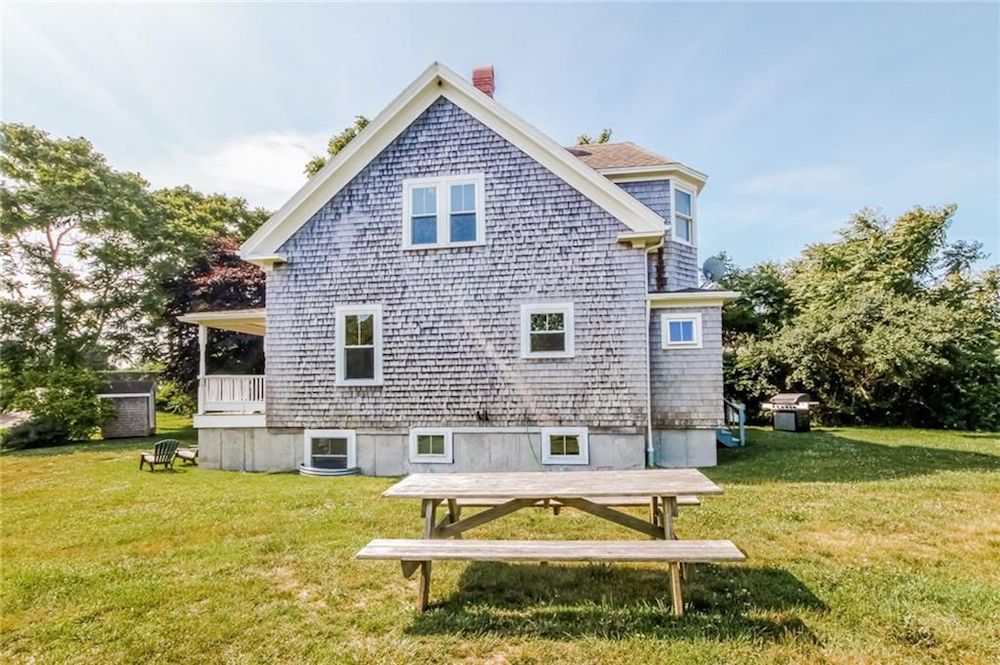 The yard is sandwiched between the main house and the smaller second cottage, which you could rent out or save for guests. 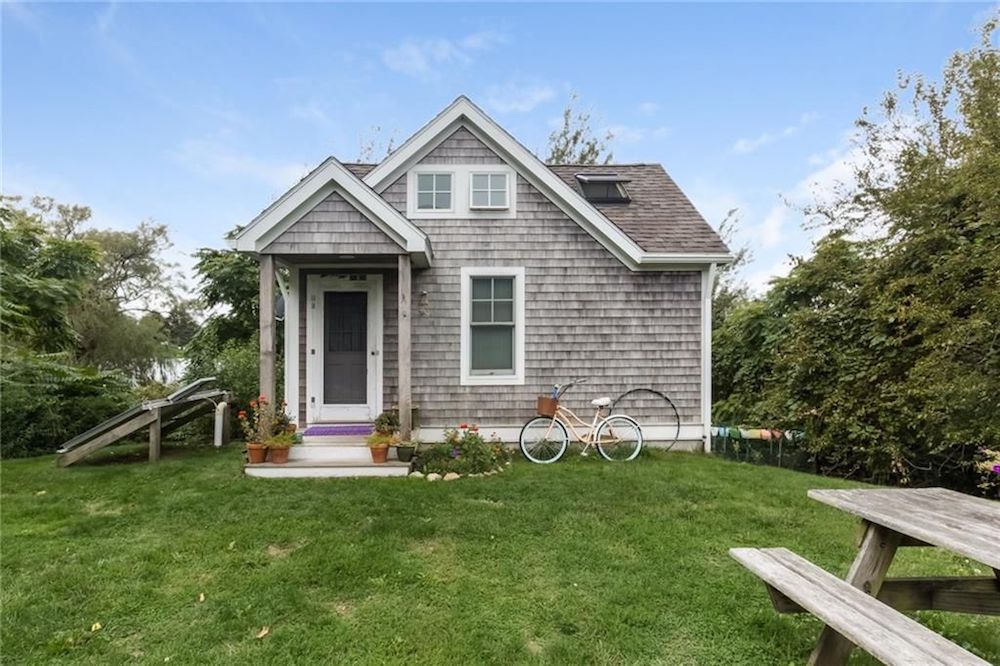 The guest cottage has a kitchenette and laundry area. 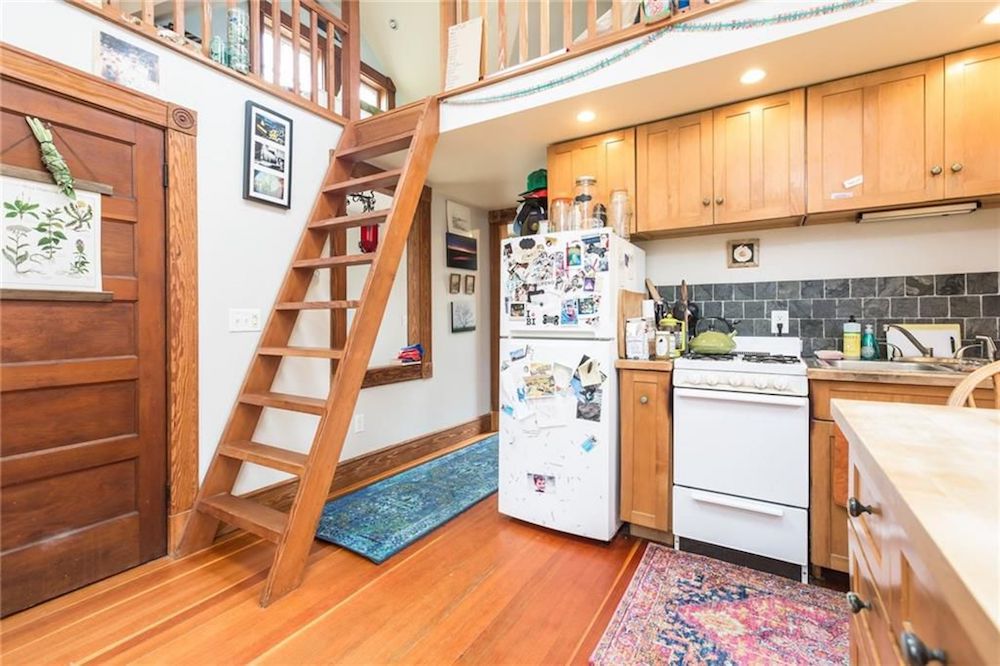 Up the steep steps is the lofted sleeping area, which has a neat skylight. Might be tough to figure out a curtain, though. 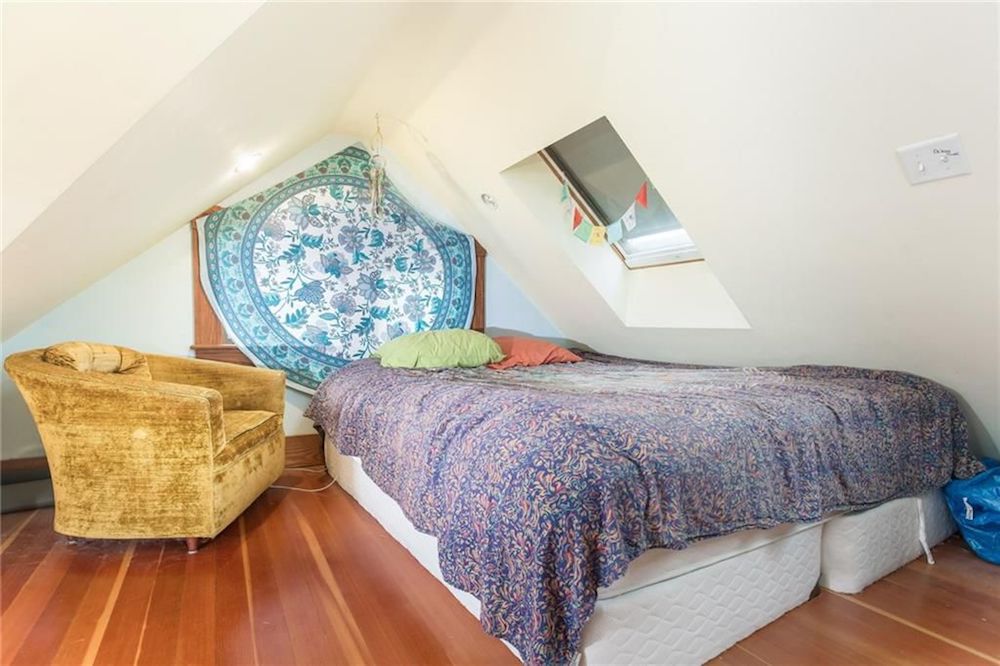 There's also a bigger bedroom in the guest house, though it looks like it may lack a closet. 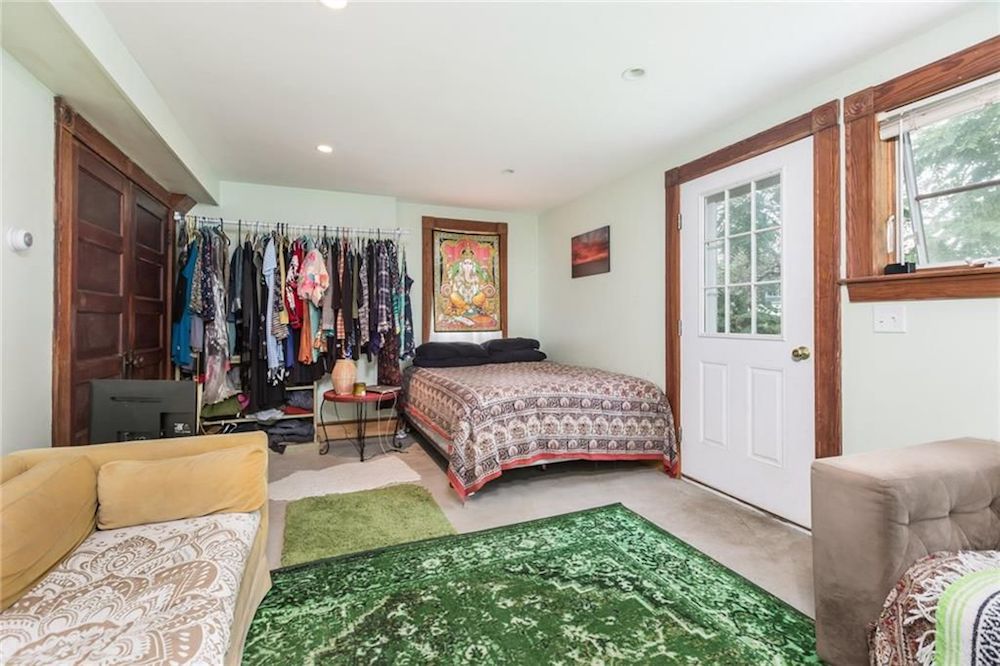 The house is a healthy walk or a short drive or bike ride from several beaches.

To get to Block Island, you can take the bus, Hampton Jitney or Long Island Rail Road to Montauk, then catch the ferry to Block Island. You can also take Amtrak to the New London, Connecticut ferry landing, or you can drive to either ferry dock. It's at least a four-and-a-half trip from the city and an even longer trek via public transportation, but very doable for a long weekend. The ferries don't take cars, so you'll have to park if you do drive, which will run $6-$10 a day.

Renting in the city but dying to buy a vacation house? Look before you leap

Escape pick of the week vacation vacation home
Brick Underground articles occasionally include the expertise of, or information about, advertising partners when relevant to the story. We will never promote an advertiser's product without making the relationship clear to our readers.
Share:

What is the Certificate of Occupancy, and why is it such a big deal?

Your neighbors fled the city. They left you their water bugs