The house has four bedrooms and five baths, and was built in 1920.

The town of Hyde Park, New York, is perhaps most famous for the Springwood estate, where former president Franklin D. Roosevelt grew up. Now, Springwood is a National Historic Site, a museum, and presidential library. And Hyde Park, meanwhile, is a lovely spot along the Hudson River, and a mere two-hour drive from the city.

In addition to Springwood, Hyde Park is home to the Vanderbilt Mansion National Historic Site, which is a gilded-age architectural masterpiece, as well as the Culinary Institute of America, and the Poughkeepsie Yacht Club, and it's a short drive from the Walkway Over the Hudson State Historic Park, a 6,768-foot span across the Hudson meant for pedestrians.

Other Hyde Park highlights include the Hyde Park Brewing Company, which has a pretty good brewpub, and farm-to-table eateries like American Bounty. There's also great dining at the Culinary Institute of America, of course, and there are plenty of local diners around for quick bites and brunches. Hyde Park's also got some lovely houses, including this four-bedroom, five-bath country house at 26 Curry Ln., now on the market for $950,000.

The house, which was built in 1920, has a bright open concept dining and living area stocked with light wooden floors and a white beamed ceiling. 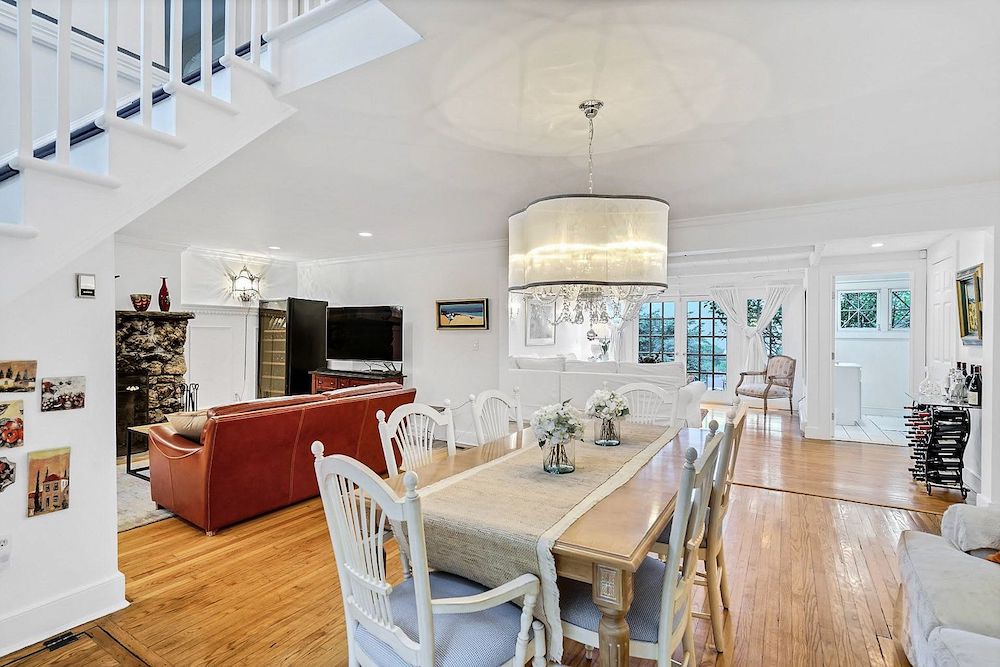 You can get a better look at the ceiling in the living area, which also has some nice French doors. 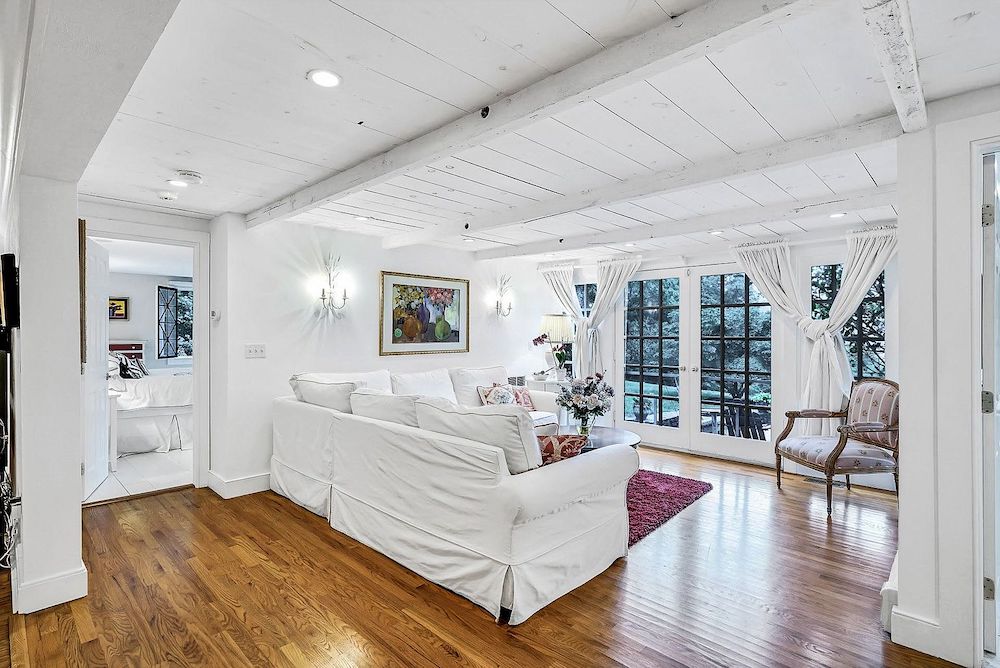 The eat-in chef's kitchen was recently updated, and has been outfitted with stainless steel appliances. 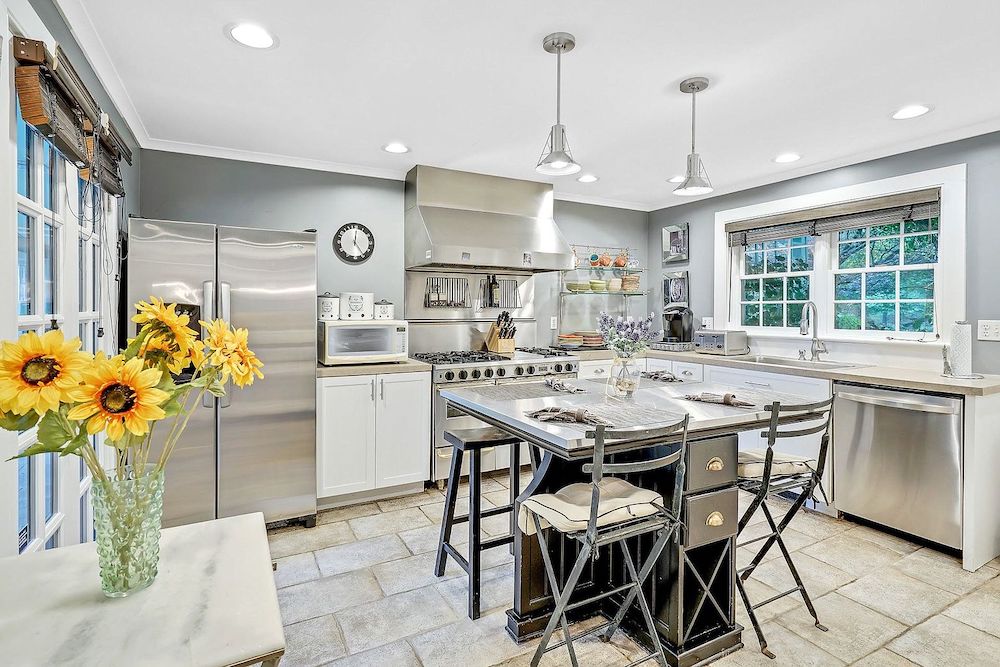 Here's another shot of the living/dining area. 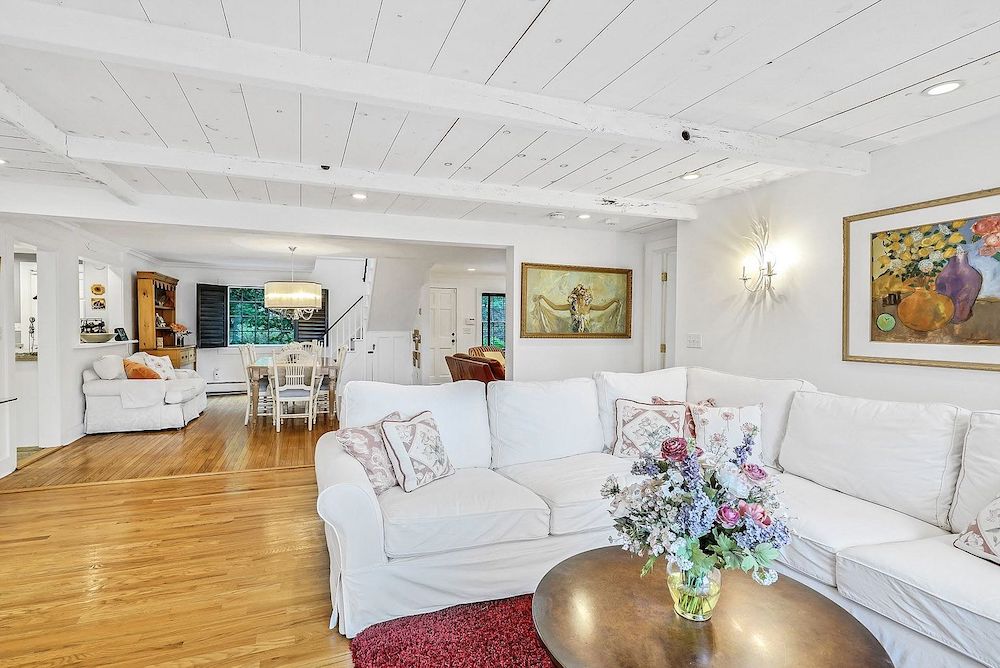 And here's another segment of the living space, this one with a stone fireplace. 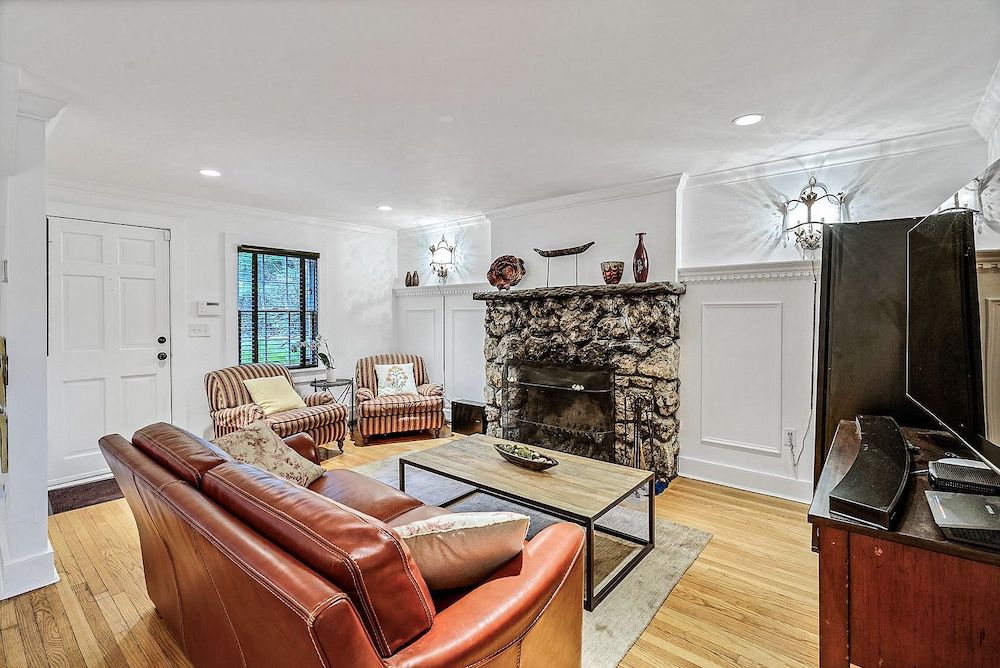 The master bedroom has a ton of closet space, in addition to French windows and a bay window seat. 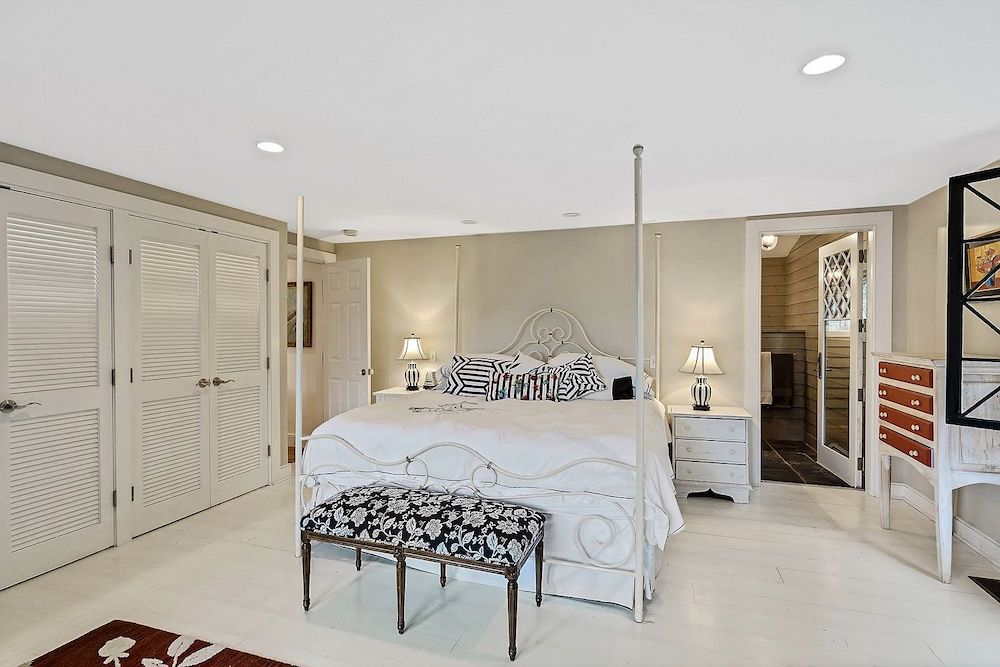 The Napa-inspired en-suite master bath's got a glass-door shower and a handsome exposed stone accent wall. 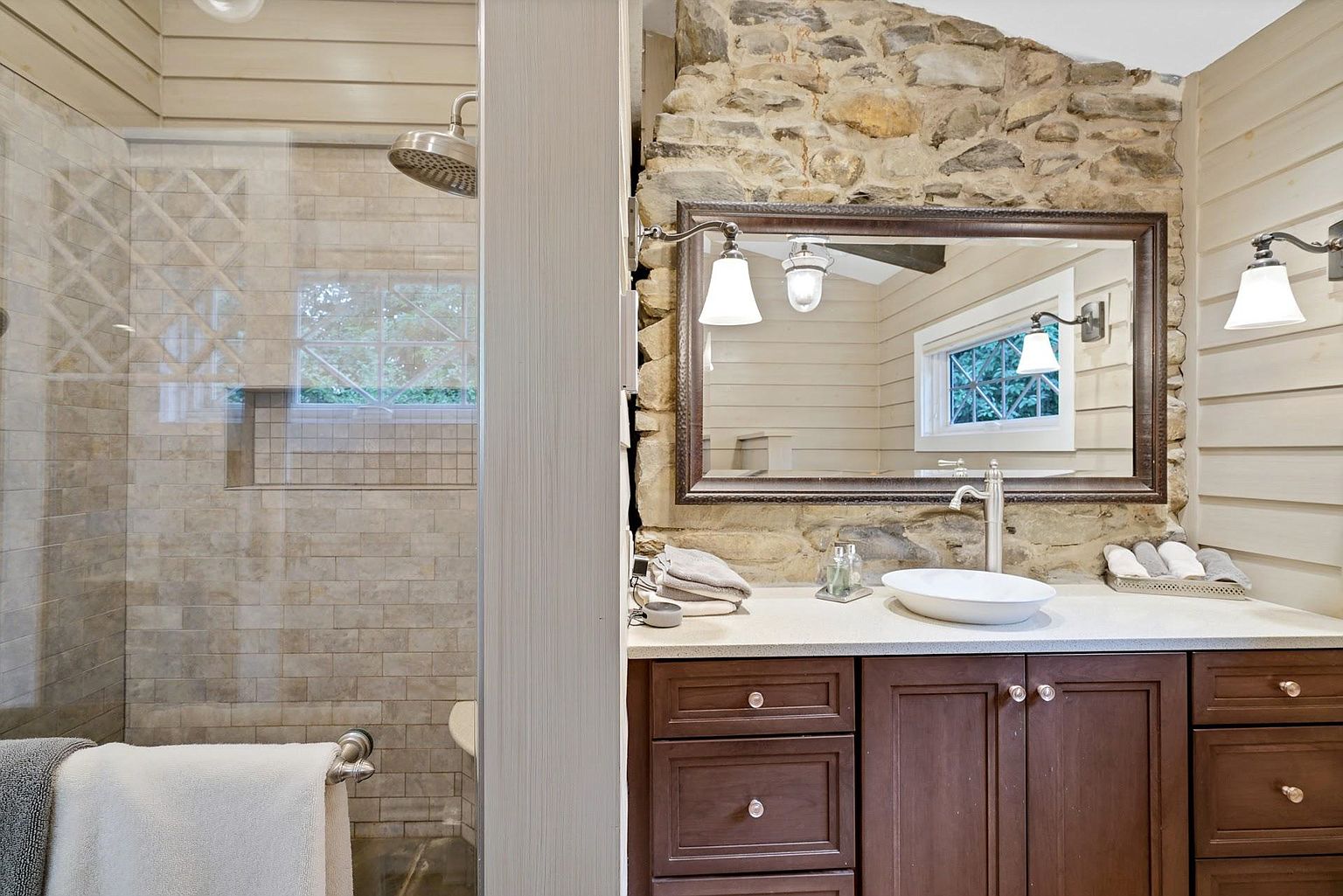 Here's one of the bedrooms on the second level. 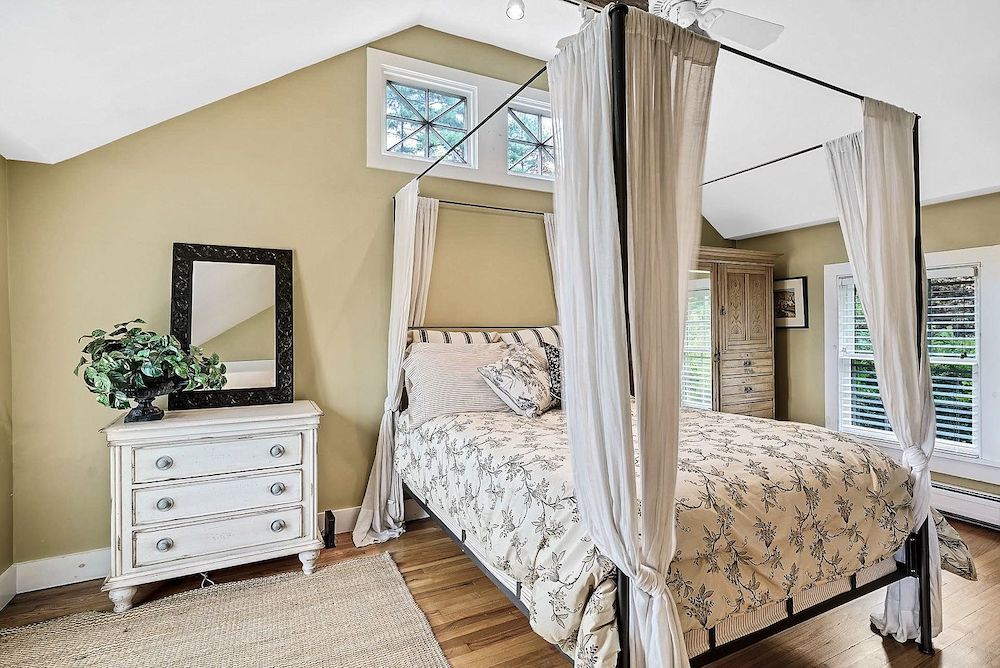 And another bath, this one with a white-tiled floor. 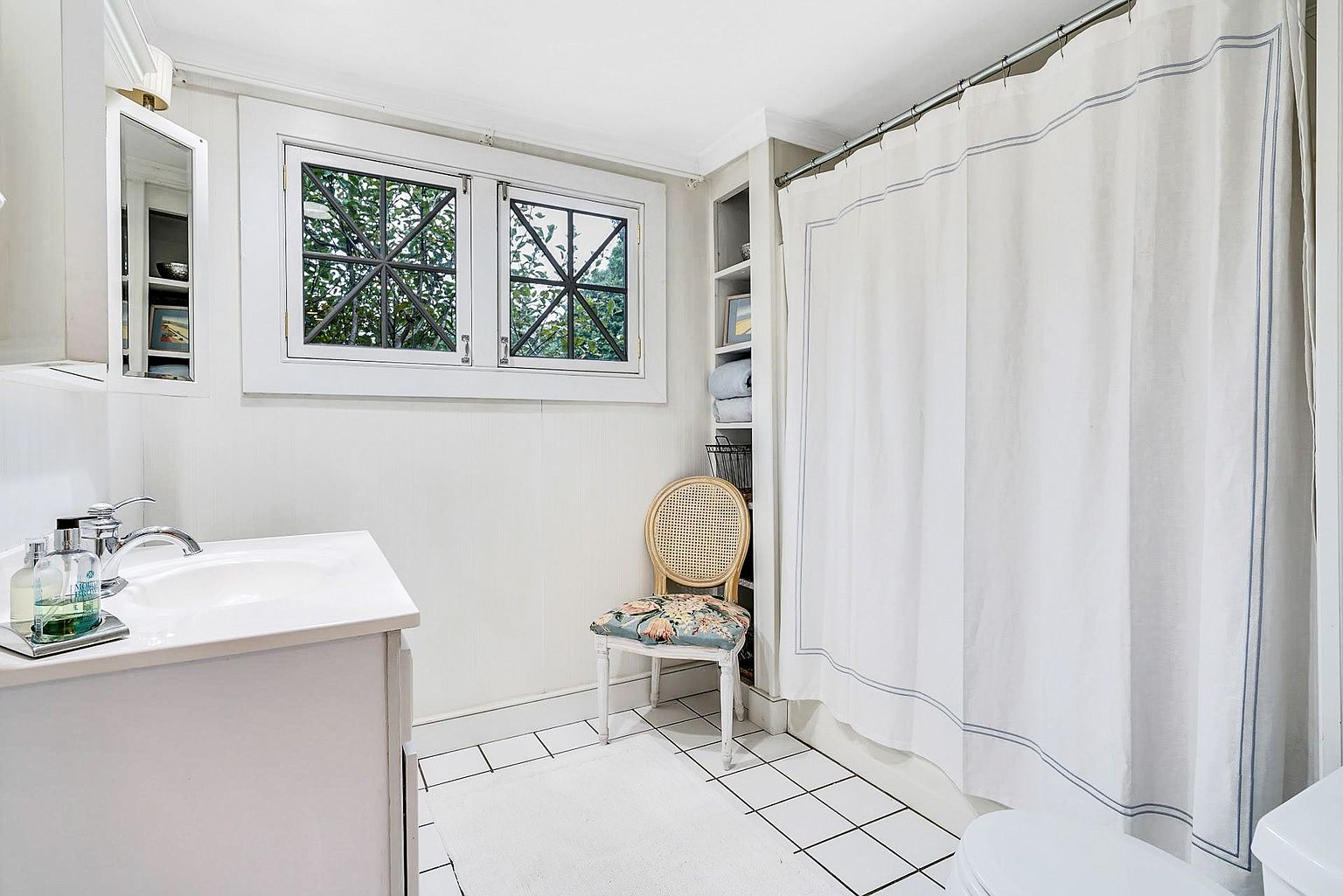 There's a second living room upstairs, this one located above the two-car garage. 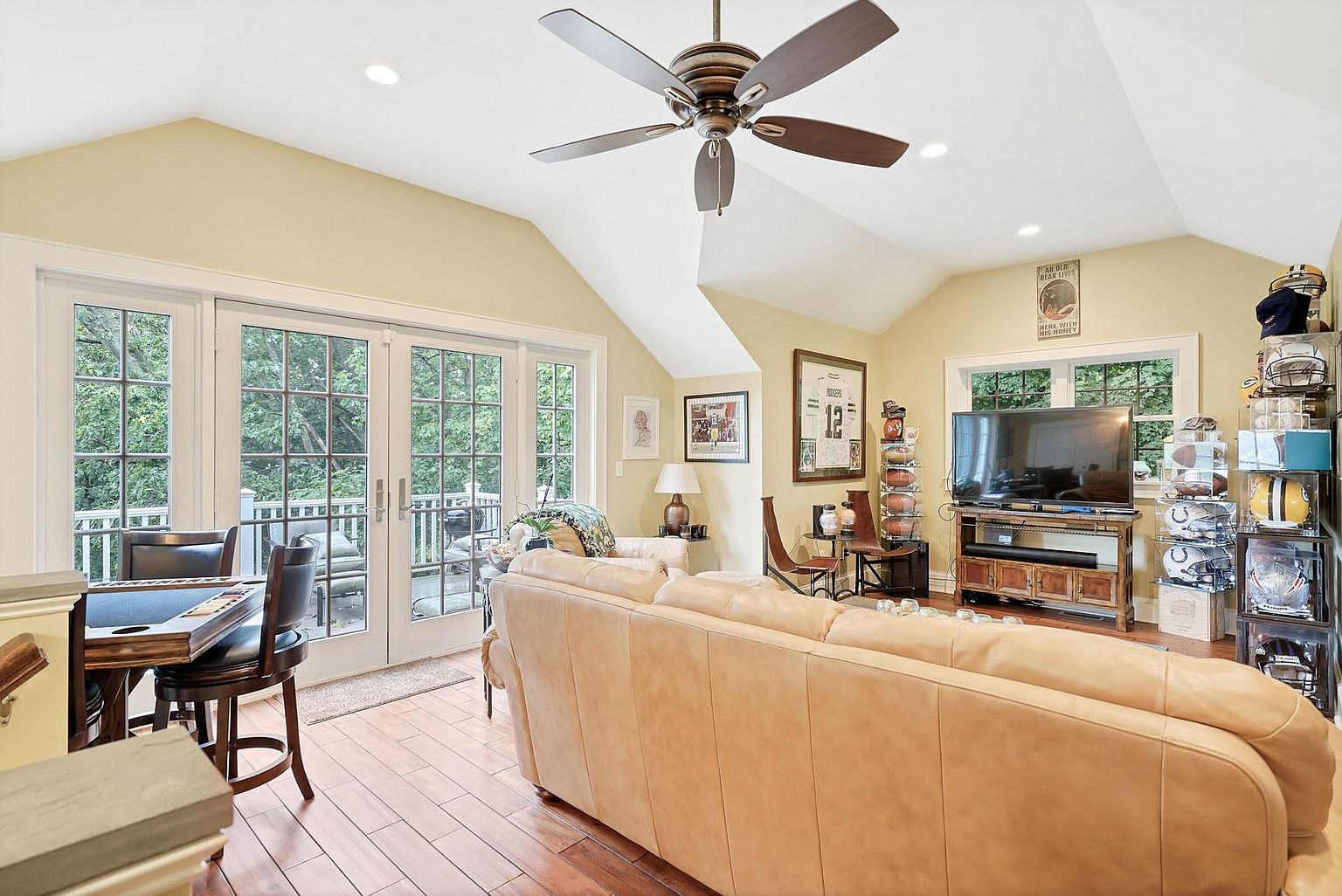 It's connected to the main house by this window-lined, heated breezeway. 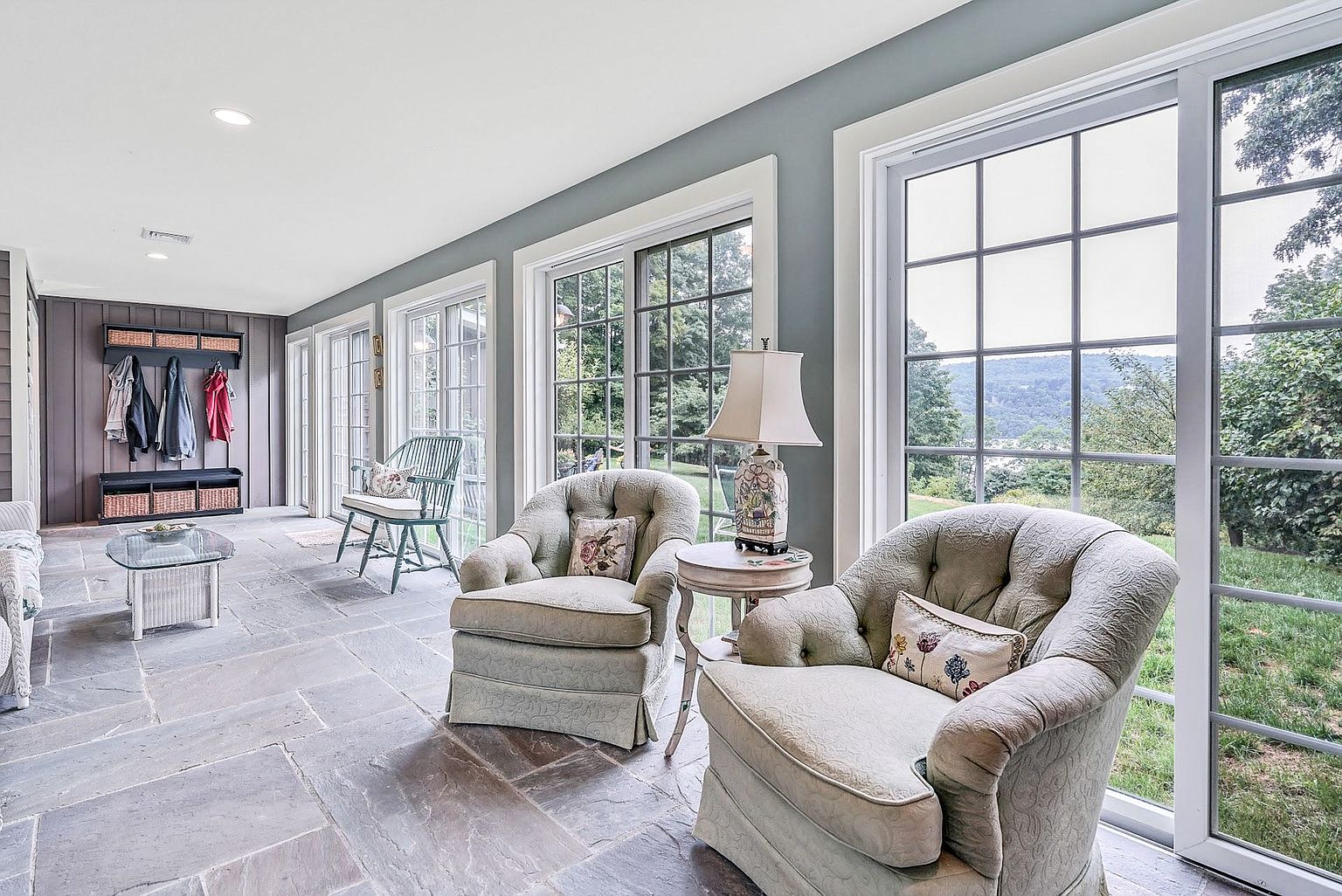 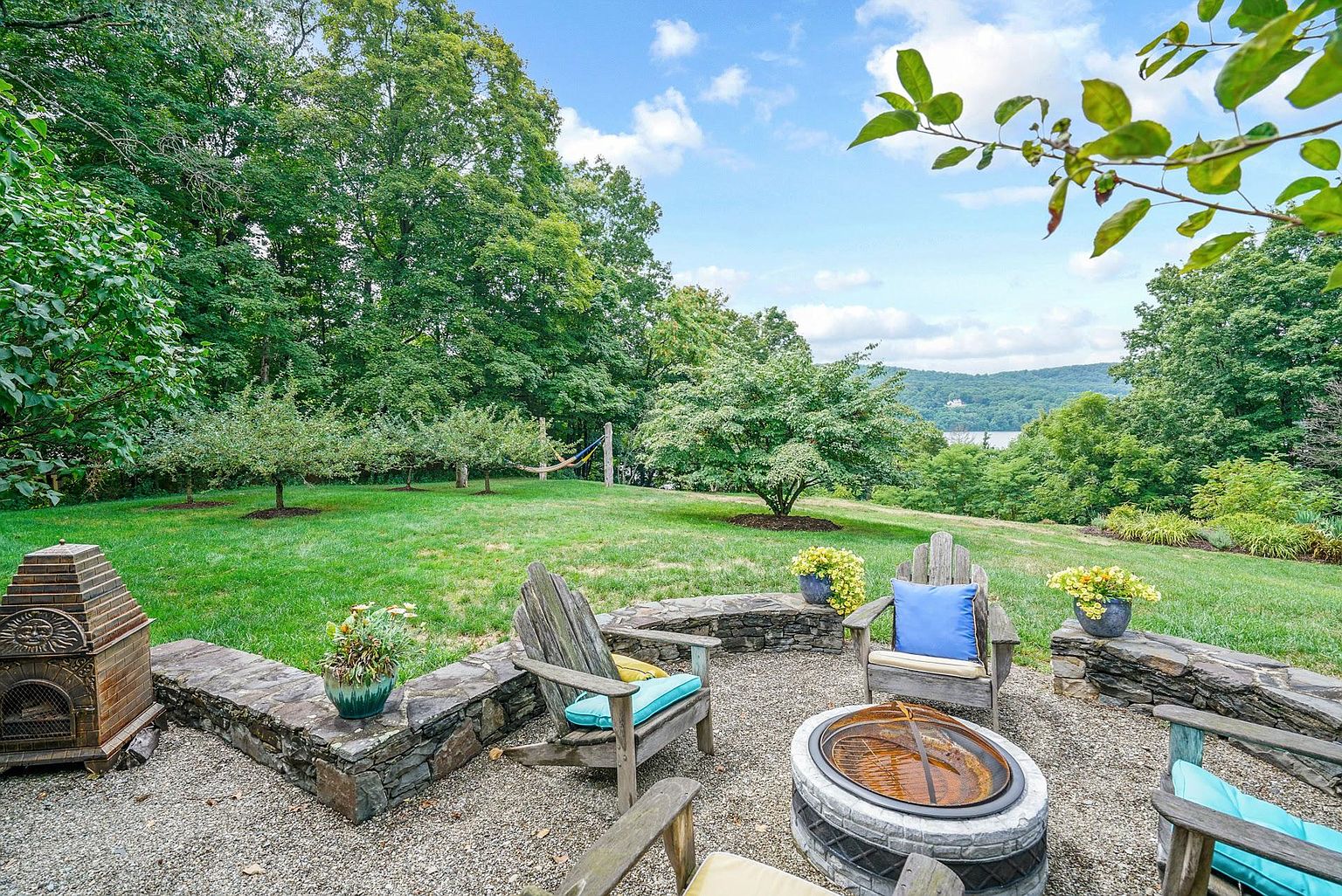 Here's a shot of the back of the house. 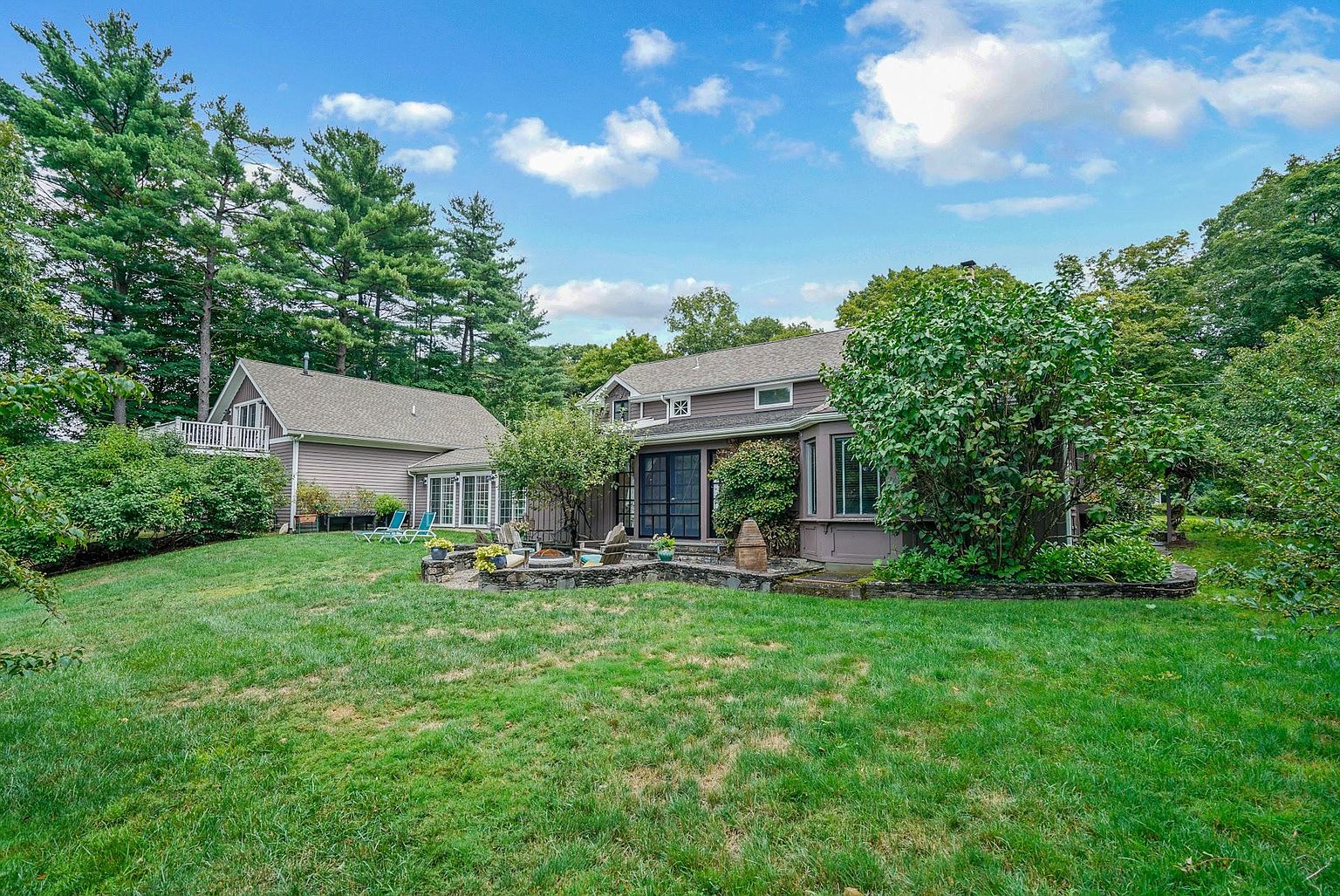 And here's the view. 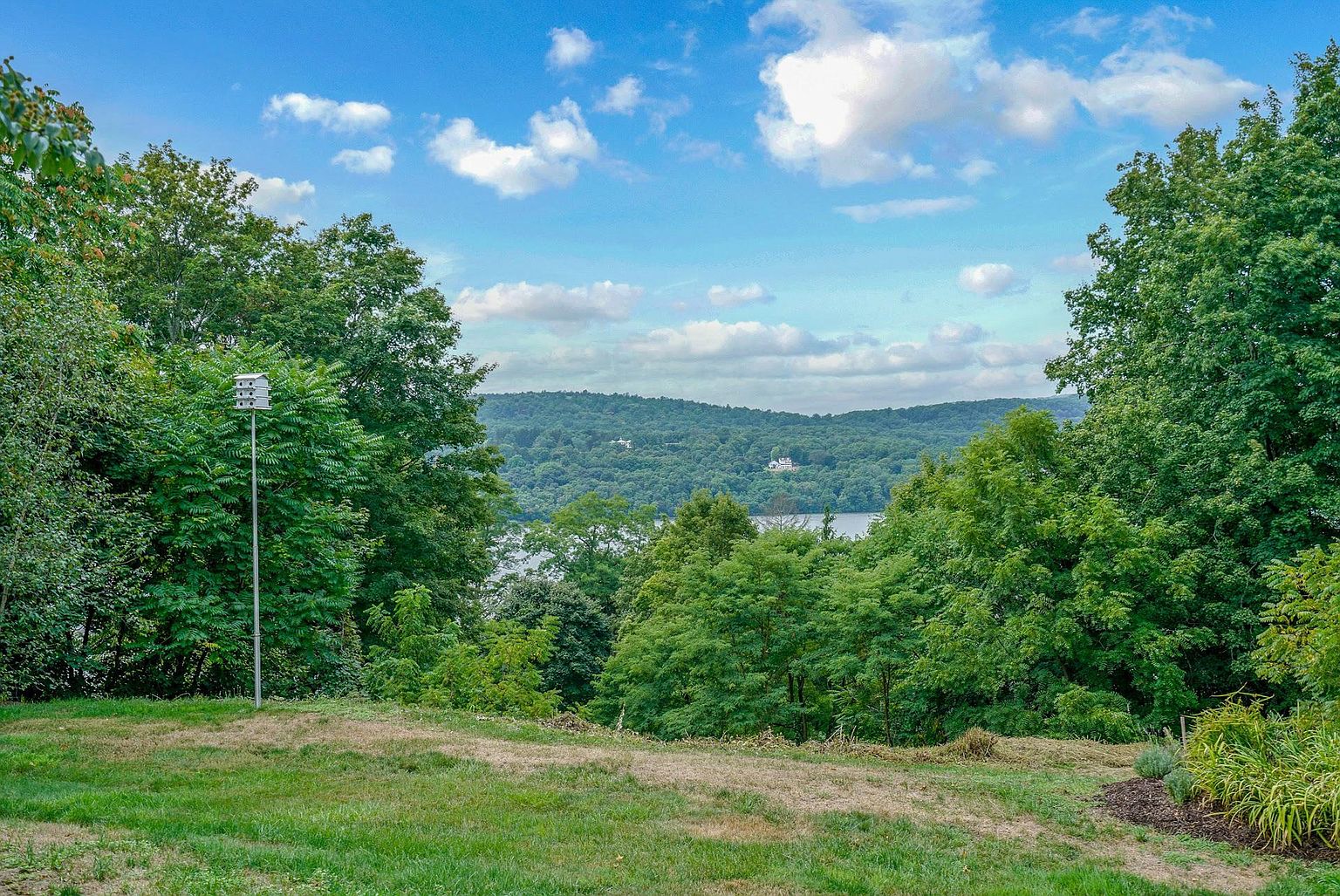 The house is just under a two-hour drive from Manhattan.

A fall-ready Victorian with a half acre of woods in Portsmouth, NH, for $629,900

fireplace history house outdoor space restaurants vacation home
Brick Underground articles occasionally include the expertise of, or information about, advertising partners when relevant to the story. We will never promote an advertiser's product without making the relationship clear to our readers.
Share:

From 1 room to 2: The insider's guide to temporary pressurized walls

New rules for the tenant blacklist, an obstacle for NYC co-op buyers, & more

How much are pet fees in NYC rentals? Do I have to pay 'pet rent'?