The village of Mount Kisco, New York, sits just northeast of Chappaqua, famously home to Hillary Clinton and her beloved woods. Mount Kisco is a tad more diverse and affordable than its neighbor—the median income there is $77,801, as compared with Chappaqua's tonier $213,040—but boasts the same natural beauty and expansive parks and woods.

There is, for instance, Leonard Park, a 116-acre park with swimming pools, playgrounds, sports grounds, and hiking trails; residents also love the 623-foot Kisco Mountain and the Peninsula Wetlands Trail, one of several protected hiking and walking trails in the area. The Marsh Memory Sanctuary Trail is also very popular, as is the Arthur W. Butler Memorial Sanctuary.

Parks and wetlands aside, Mount Kisco has plenty of independent and big box shops, restaurants, bars, and cafes. Standouts eateries include Village Social Kitchen + Bar, Turkish spot The Turk, and bakery La Tulipe. It's easy to get to and from Mount Kisco, thanks to Metro-North's Harlem line, which stops in town.

And, of course, there's the real estate, much of which is priced lower than what you might find in Chappaqua, but offers the same space and semi-rural seclusion. Take, for instance, the four-bedroom, three-bath Tudor at 21 Leonard St., now on the market for $633,500. The house was built in 1930 and features classic Tudor touches, including revival-style casement windows, as you can see in this photo of the entryway. 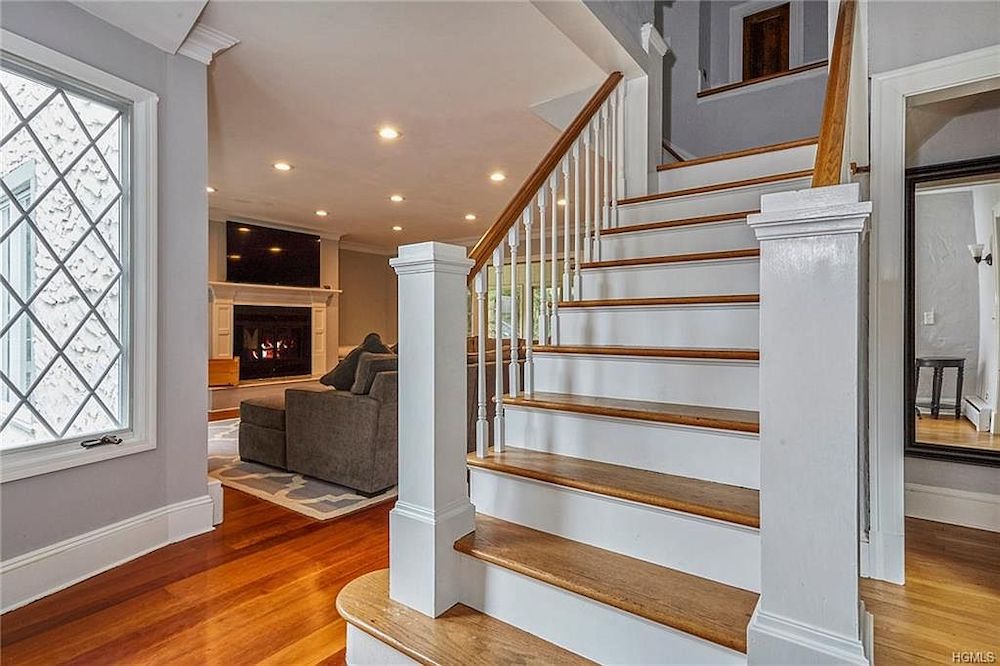 The living room has floor-to-ceiling Tudor-style windows and a cozy-looking fireplace. Other highlights include French doors and recessed lighting. 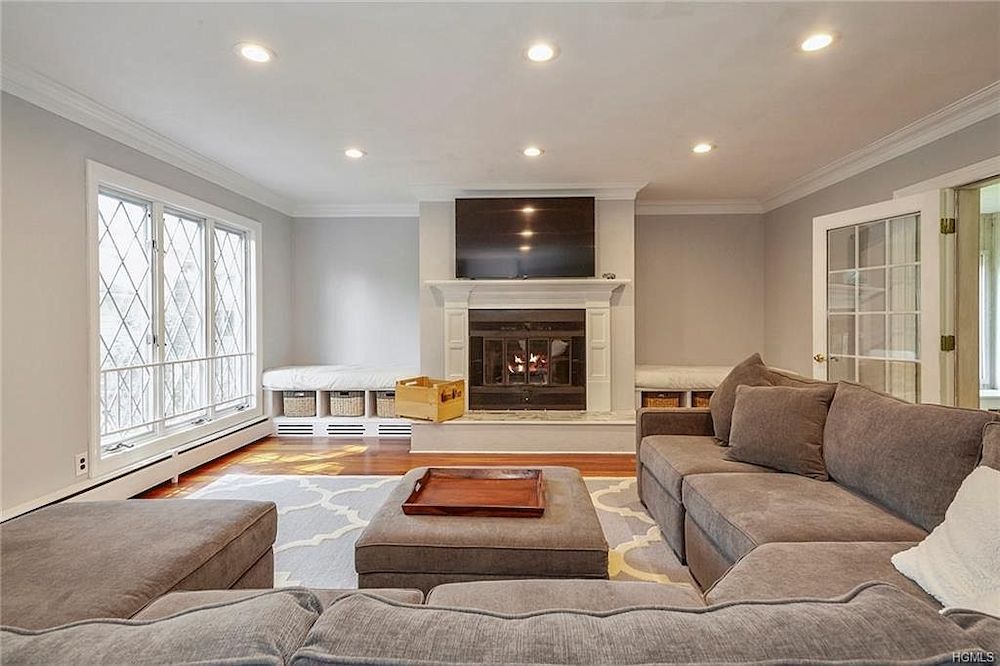 The formal dining room has another fireplace, this one quite ornate. There's a romantic mini-chandelier, as well. 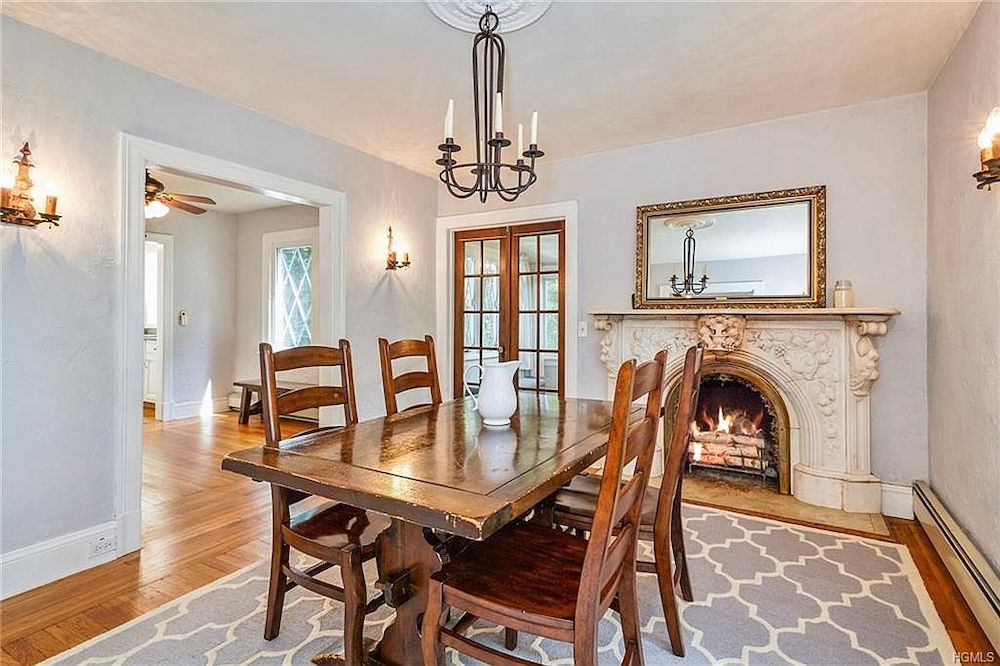 The kitchen has granite countertops and stainless steel appliances. 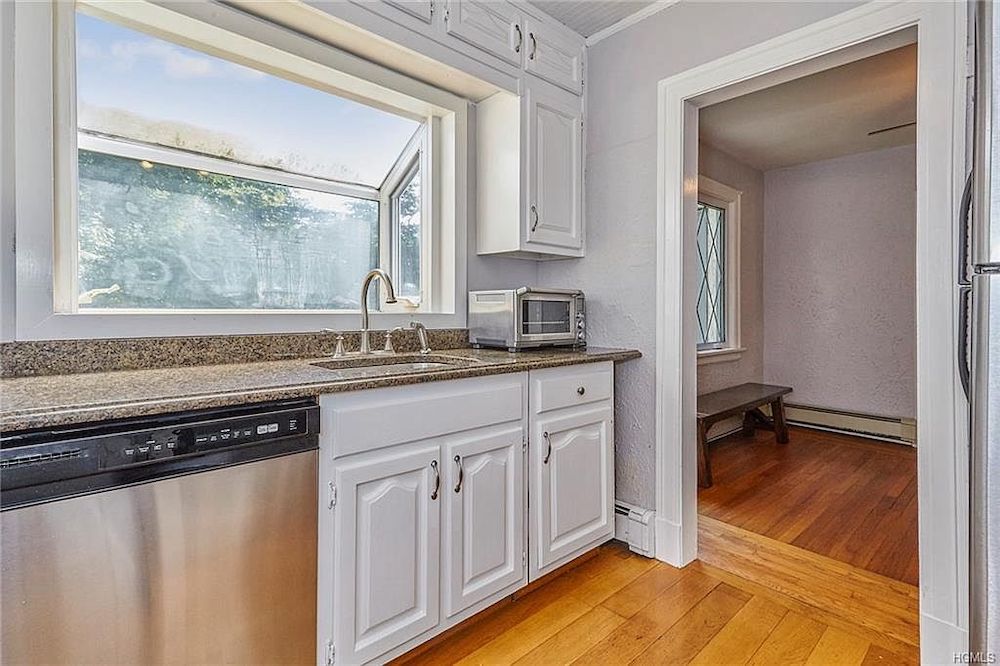 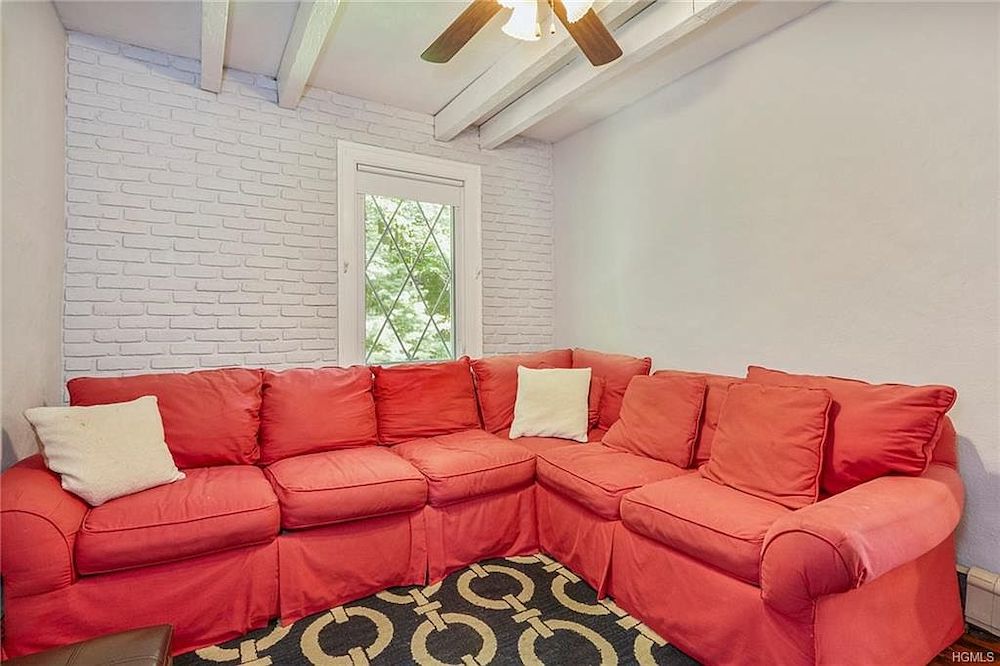 And a window-lined sunroom that's good for three seasons. 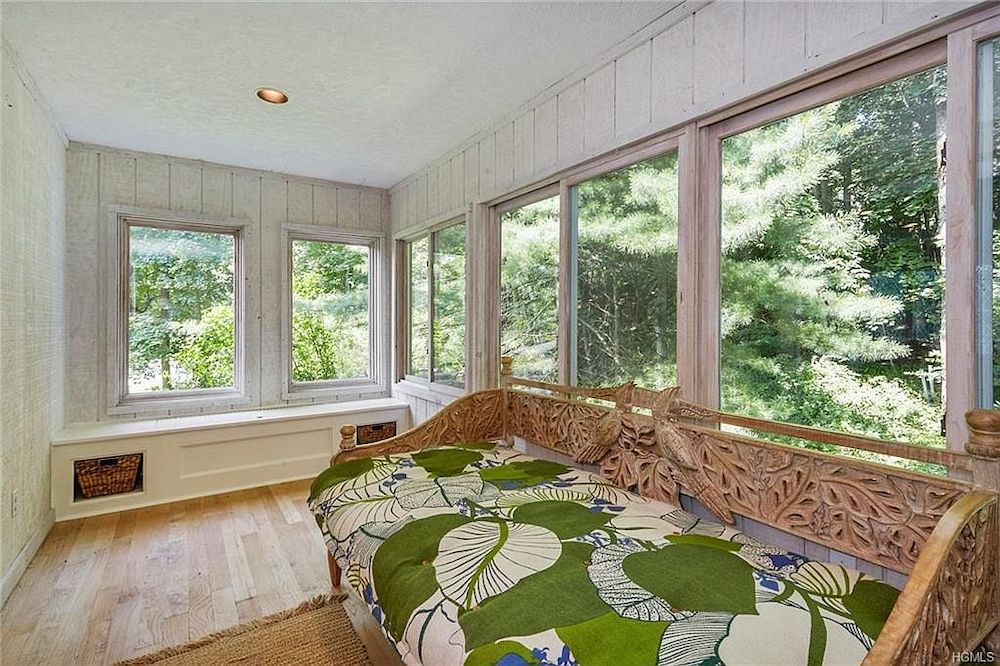 And here's one of the baths. 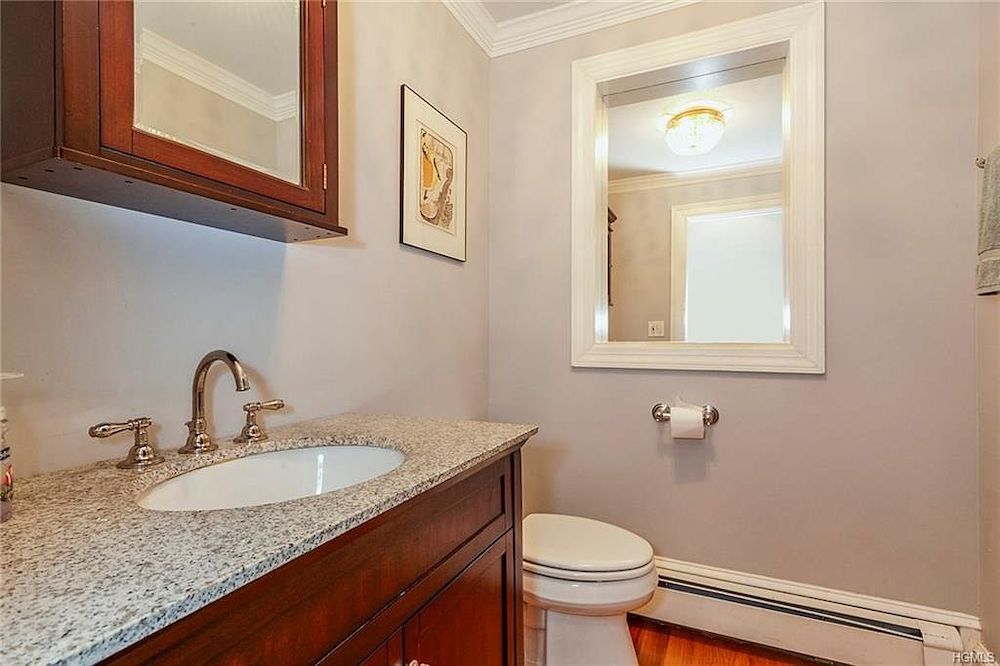 Upstairs, there's space for a playroom, though you could probably turn it into an extra bedroom if you needed. 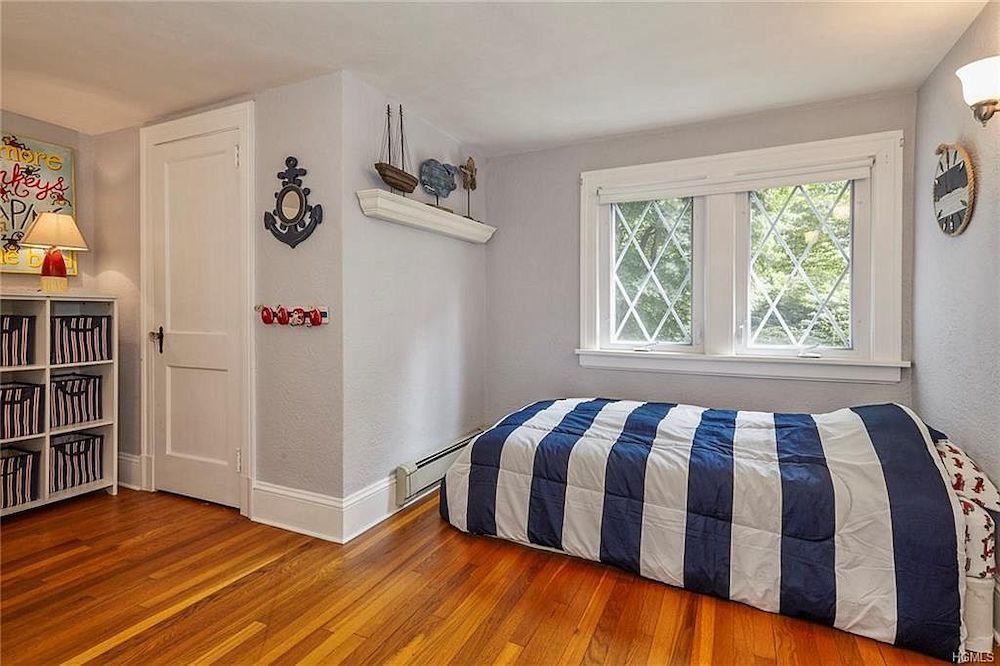 There's also a small office with lots of light. 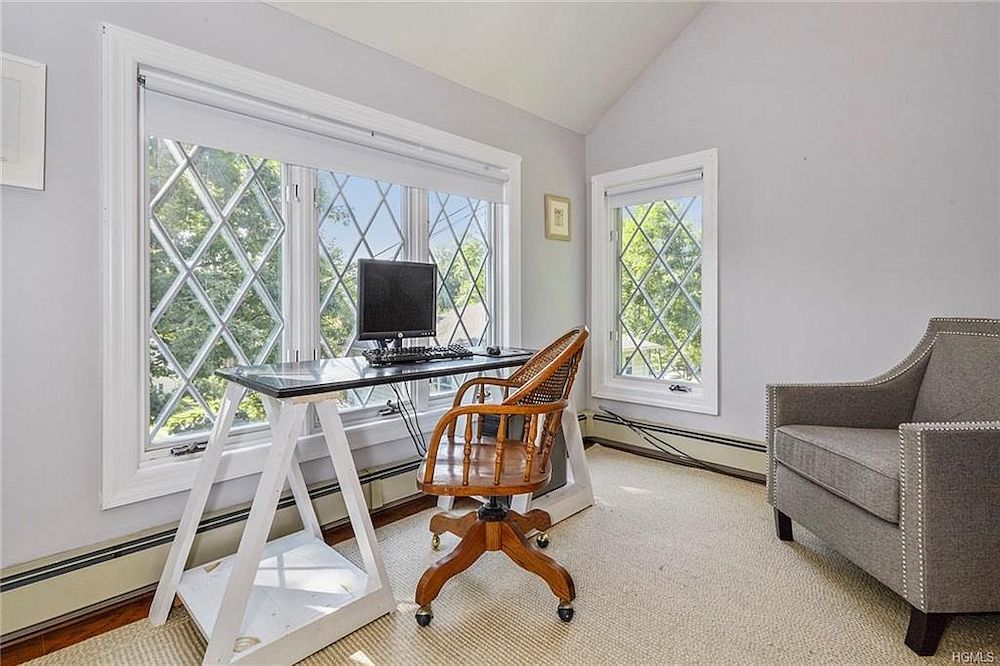 The master bedroom has its own wing, and room for a sitting area. 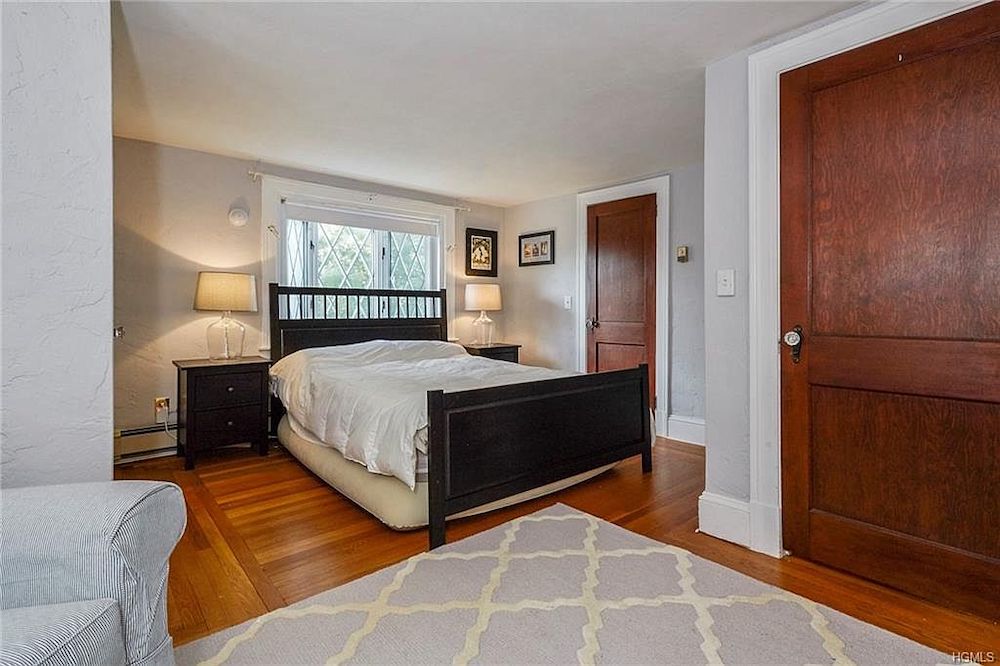 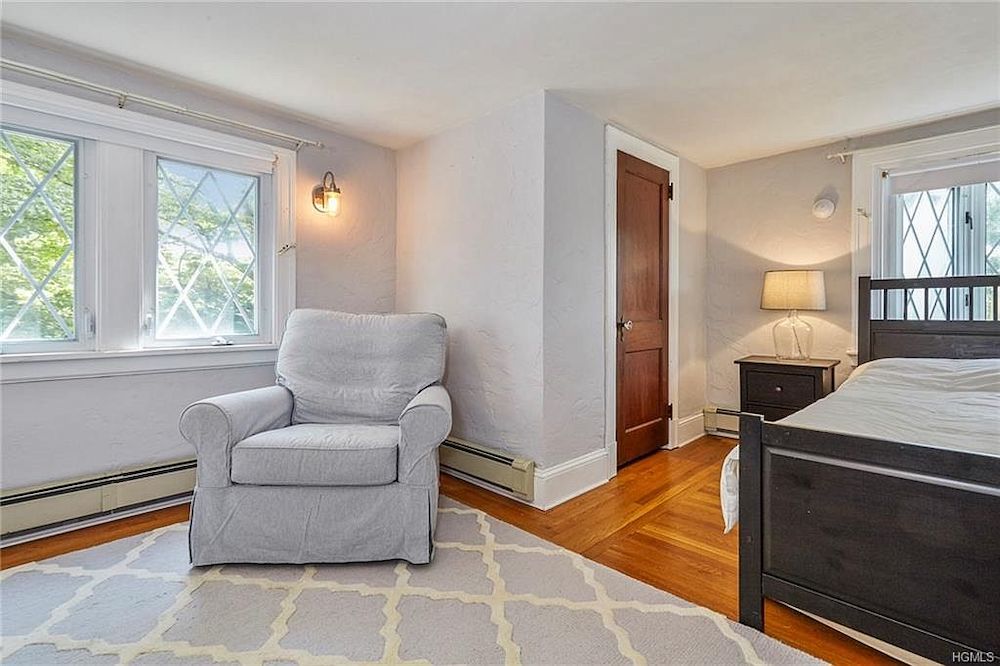 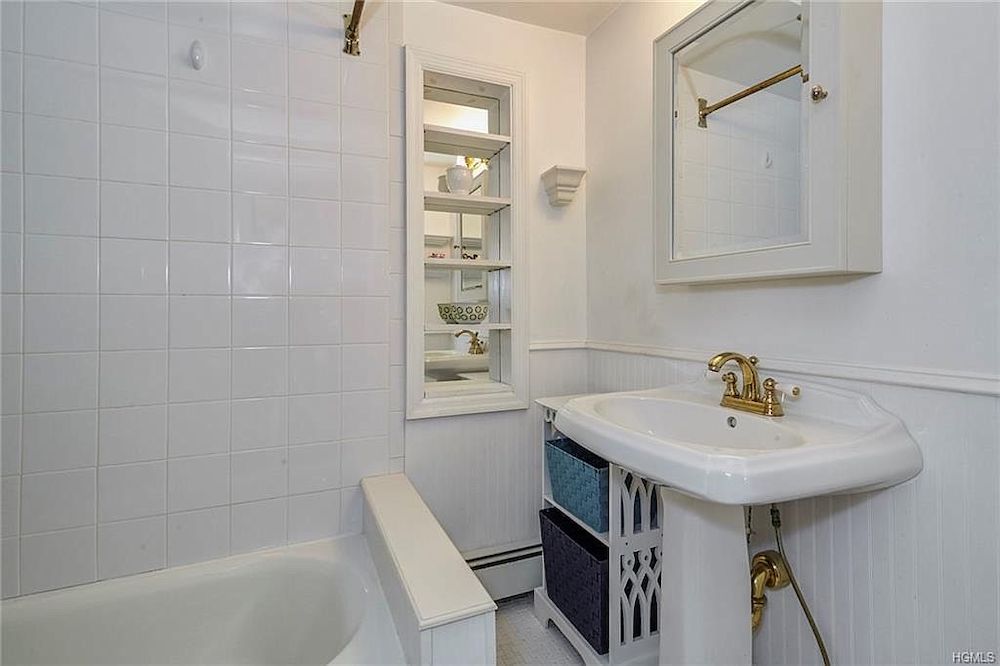 And here are two other bedrooms, which are next to each other in a separate wing from the master. 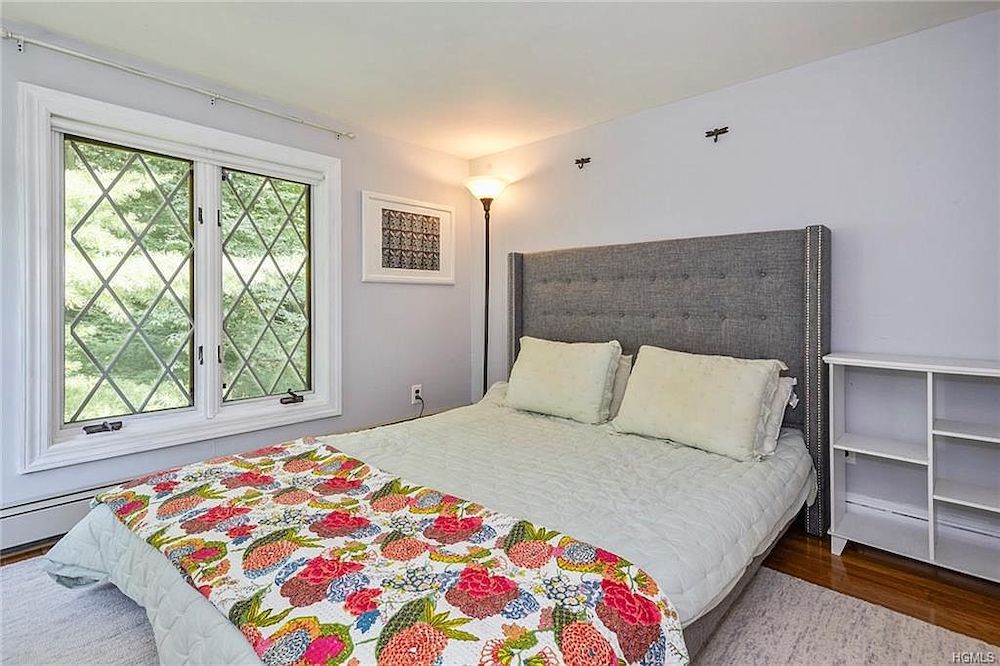 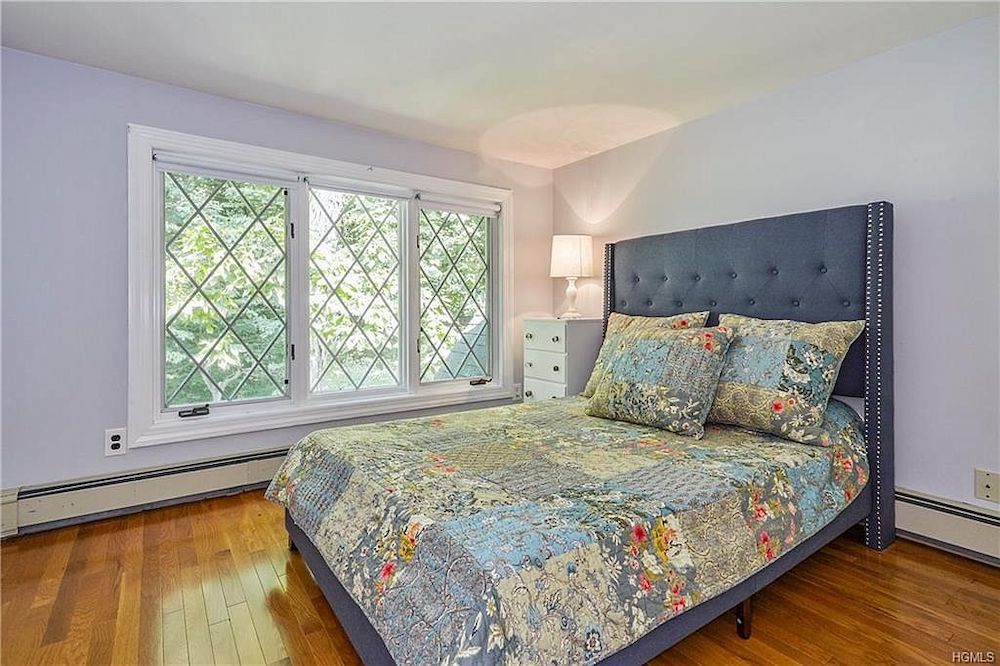 The Tudor windows are really gorgeous. 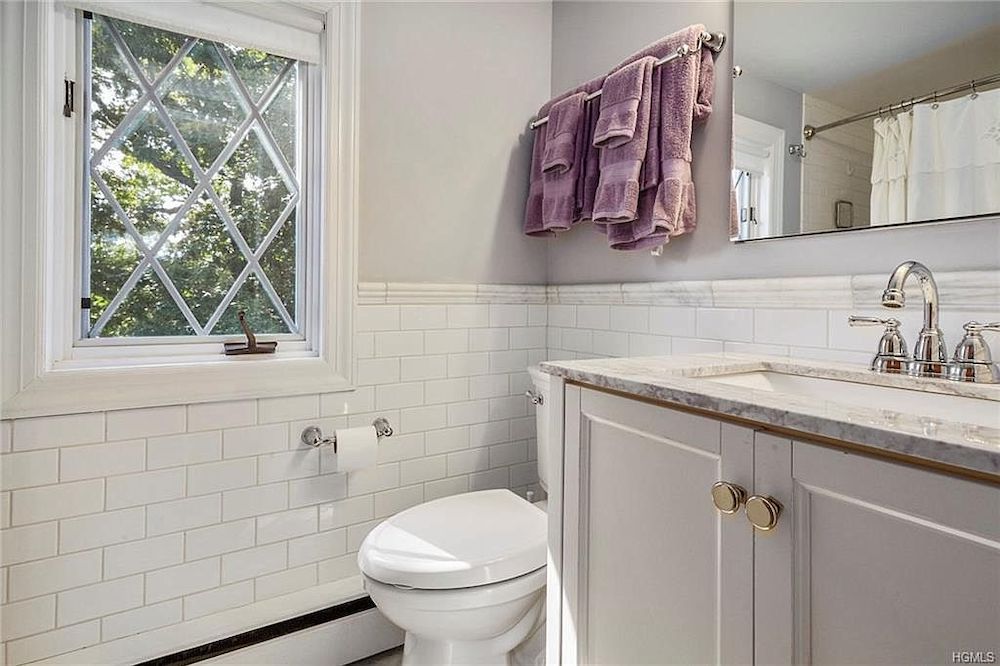 The house is under an hour's drive from Manhattan. You can also take Metro-North's Harlem line from Grand Central Station, which takes about an hour.

A four-bedroom colonial on a private island in Patterson, NY, for $850,000

A year-round cottage with an artist's studio in Martha's Vineyard, for $838,000

amenities fireplace house outdoor space restaurants windows
Brick Underground articles occasionally include the expertise of, or information about, advertising partners when relevant to the story. We will never promote an advertiser's product without making the relationship clear to our readers.
Share:

The price of living near the subway, free housing help in Queens, & more