This two-bedroom, three-bath house has 2,782 square feet plus a large deck.

The hamlet of Rhinecliff, New York, sits along the Hudson River in the town of Rhinebeck. It was founded in 1686, making it one of the oldest communities in the U.S., and it's listed on the National Register of Historic Places. Appropriately, the hamlet is still teeming with 19th century architecture, including the Rhinecliff Hotel, a former Victorian music venue that's now a hotel with waterfront views (the hotel also has a nice restaurant).

There's a lot to do in Rhinecliff and the greater Rhinebeck area. Ferncliff Forest in Rhinebeck is one of the Hudson Valley's oldest preserved forests, and has lots of hiking and bike trails. Outdoorsy types will also enjoy Tivoli Bays, a two-mile state park and wildlife preserve where you can kayak, hike, and fish. The area is home to a number of historic mansions, including the Wilderstein Historic Site, a 19th-century Queen-Anne-style house that belonged to Margaret Suckley, a cousin and close friend of President Franklin D. Roosevelt. Rhinebeck also hosts the annual Dutchess County Fair, a 174-year-old event with rides, games, and competitions.

Both Rhinecliff and Rhinebeck are full of independent shops and eateries, with some standouts including bread company Bread Alone's cafe and dining room, along with bistro Terrapin, which is located in a repurposed church, and the Amsterdam, which serves farm-to-table fair in a historic Dutch farmhouse.

There are plenty of 19th century houses for sale for residents, too. Take, for instance, the two-bedroom, three-bath house at 7 Charles St., now on the market for $595,000. The house was built in 1860, and has a distinct vintage look with a wood-paneled and beamed ceiling in the living room on the second floor. 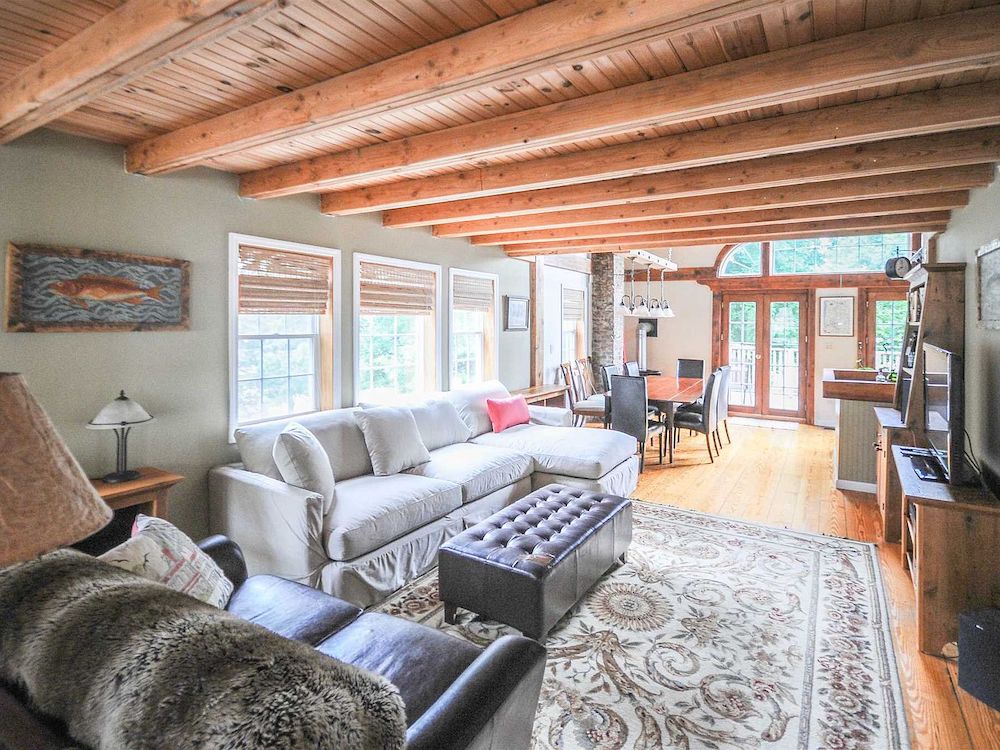 The open concept room is lined with windows and has a loft. 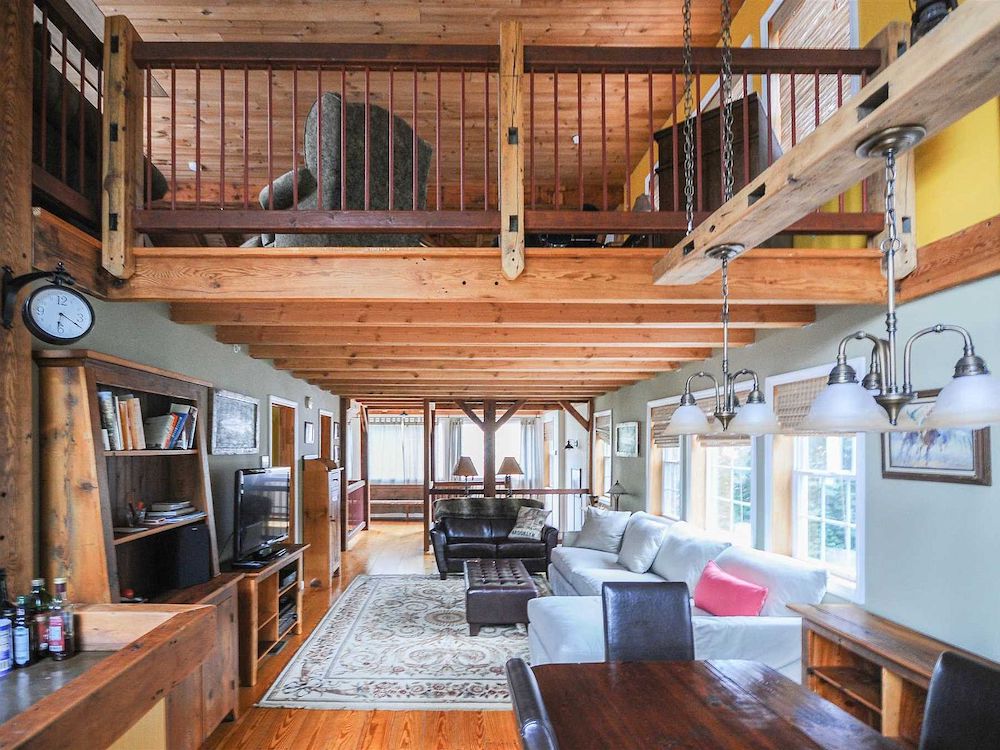 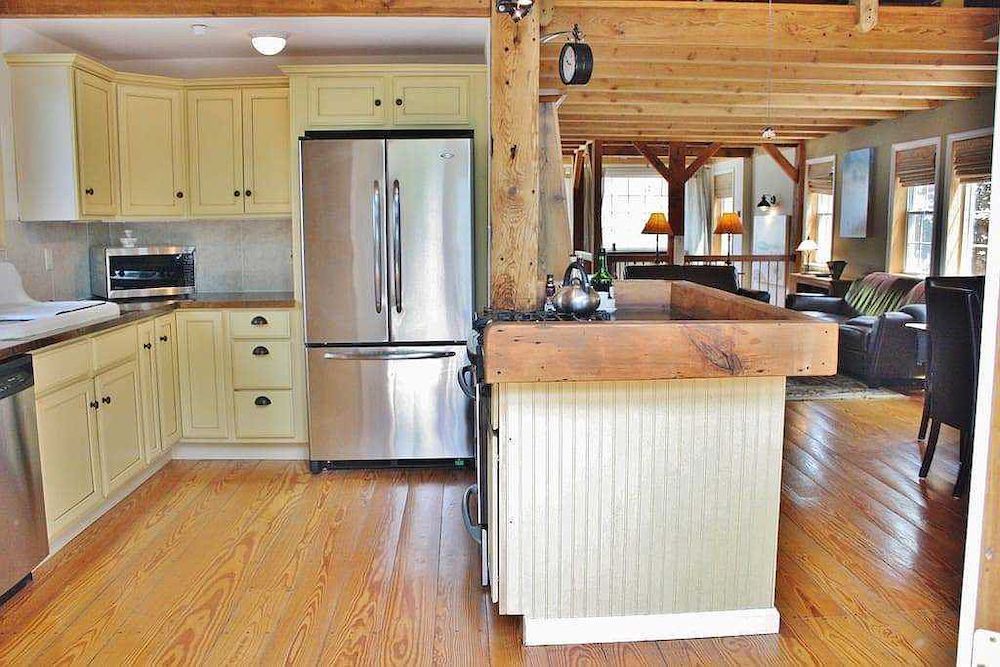 And there's a section for dining, with a view of some great wood detailing on the windows. 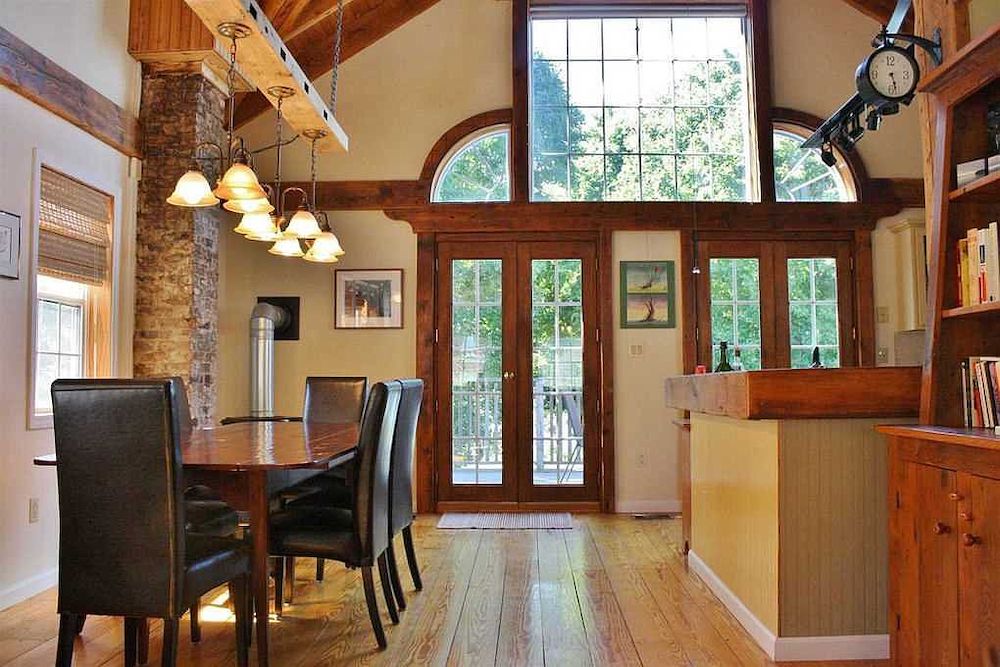 The living room also leads out to an expansive deck with views of the Hudson River. 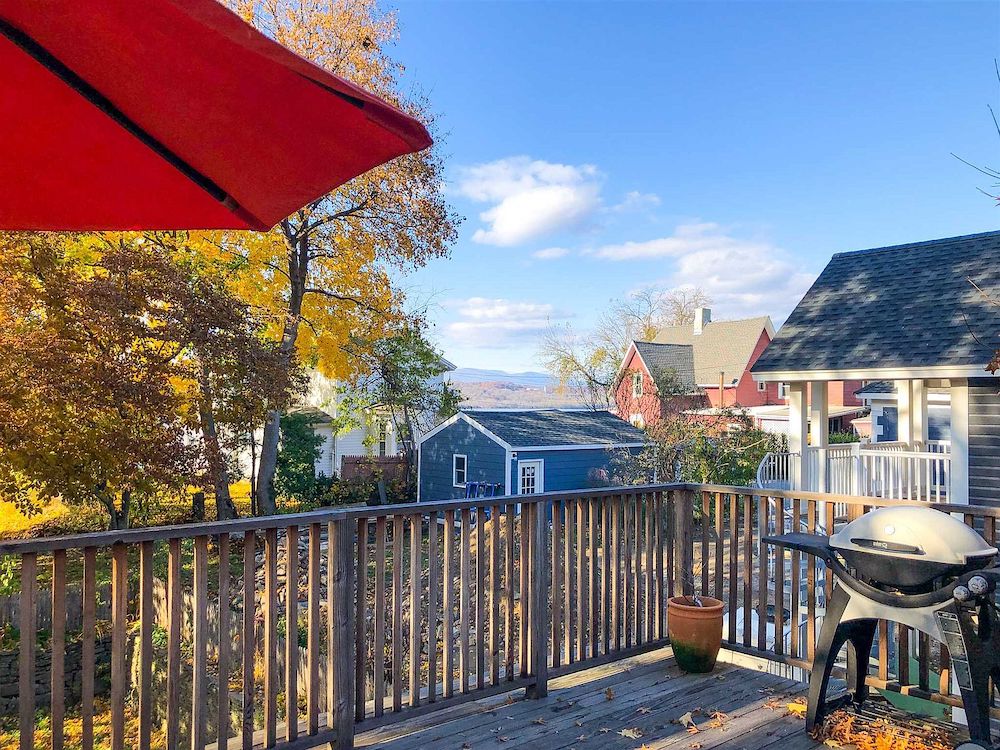 The current owners are using the loft area as an extra bedroom and office. 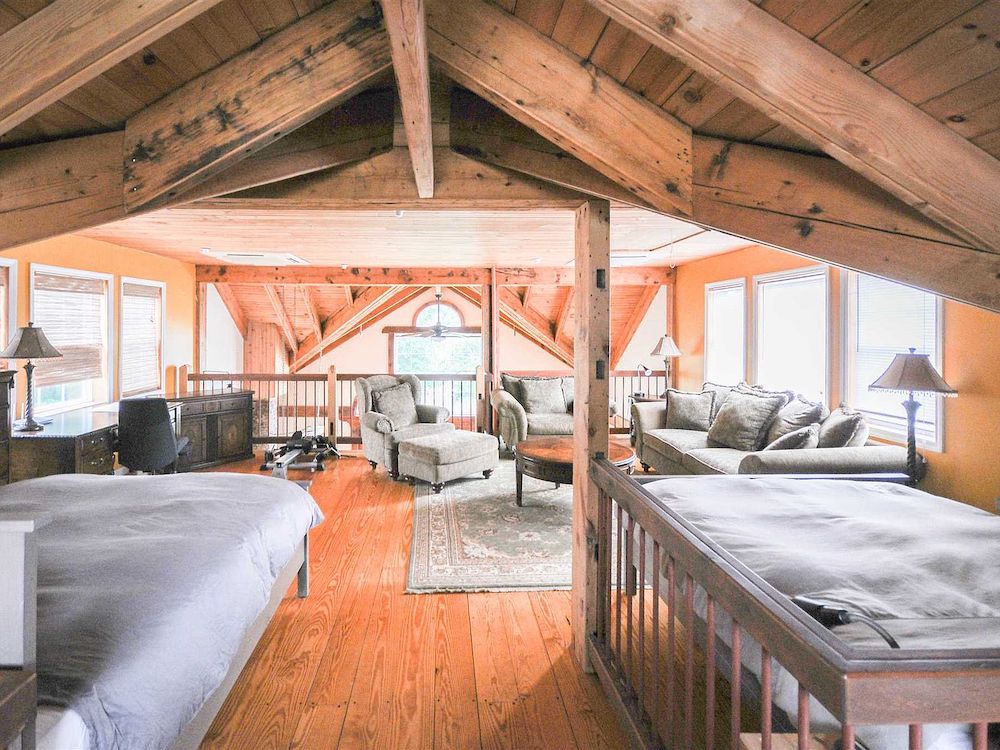 Look at that woodwork. 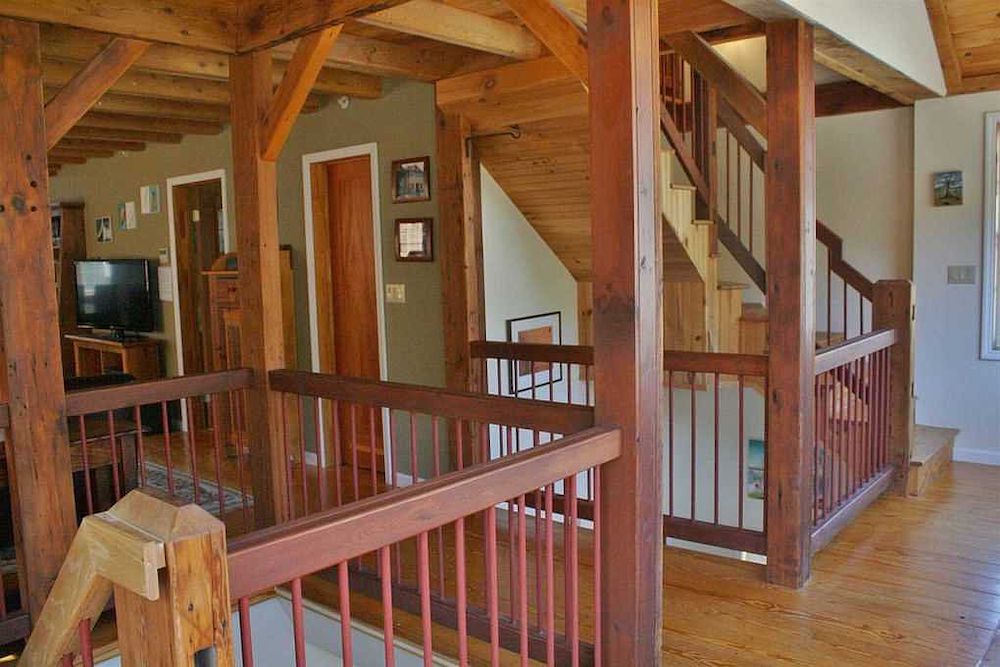 The master suite is downstairs from the living/dining room/kitchen. 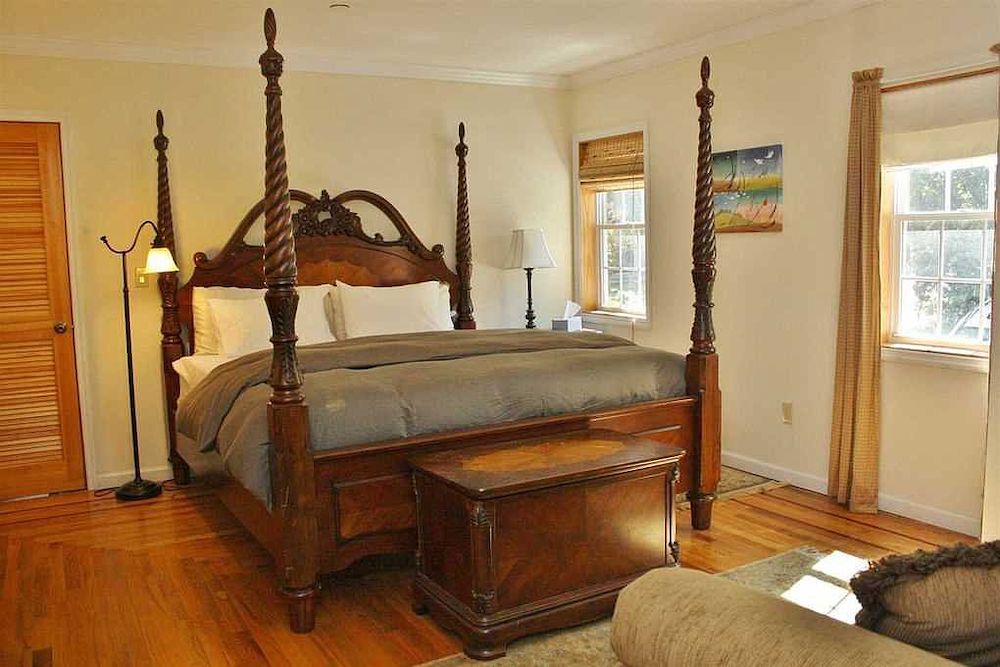 It has a door leading out to the backyard. 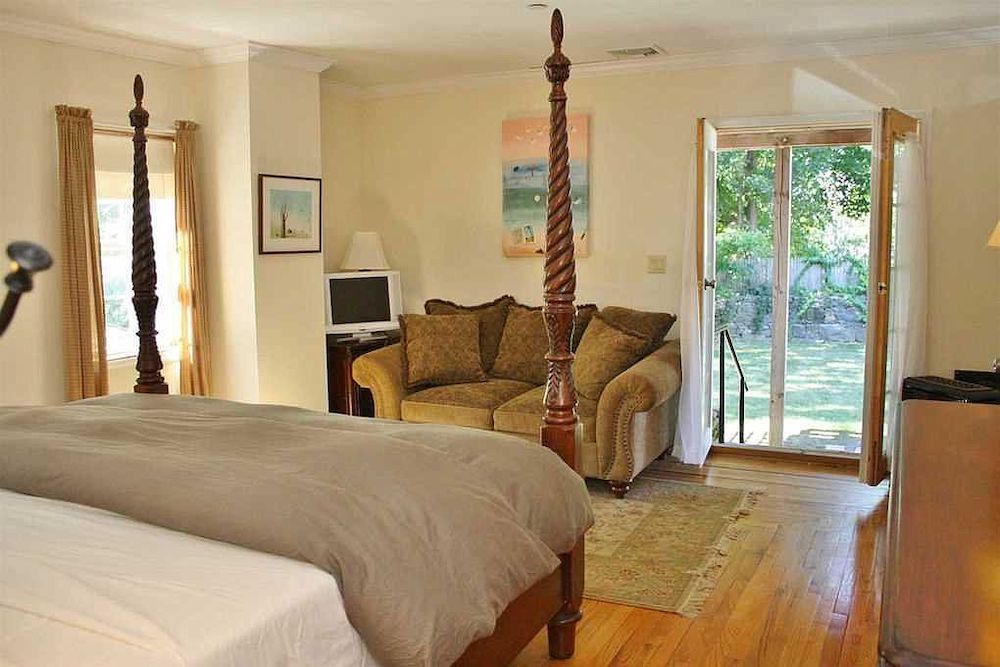 And here's the second bedroom. 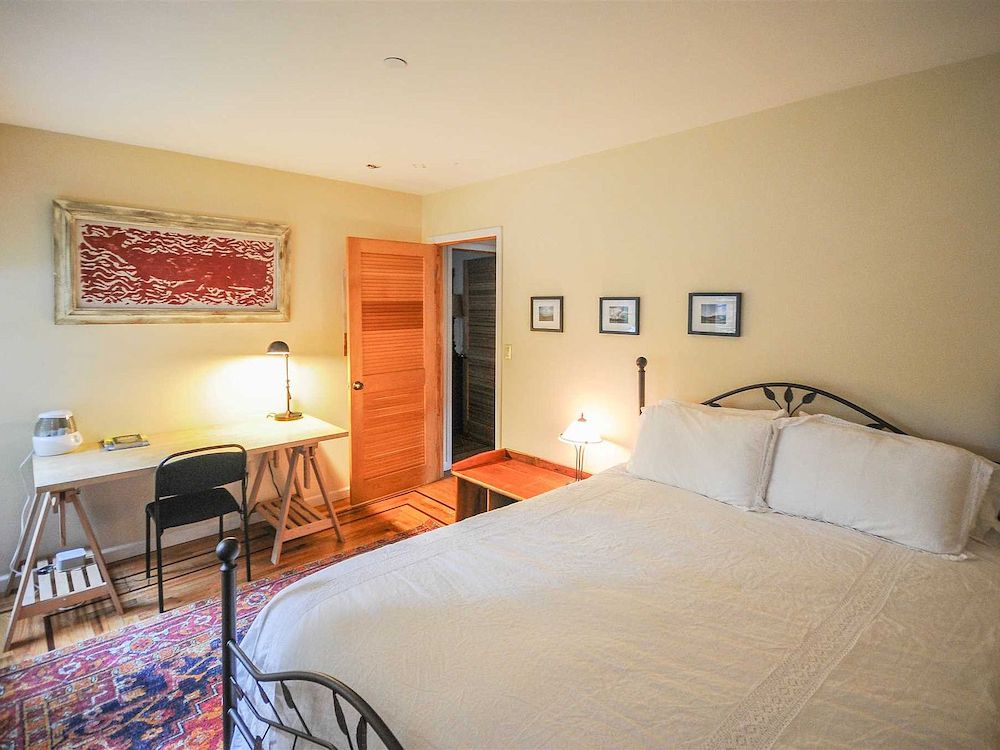 The house is about a two-hour drive from Manhattan; you can also take Amtrak's Empire Service line to the Rhinecliff station, which is only a one-minute walk from the property.

Take your pick: The number of houses for sale in the Hamptons increased 84 percent in the second quarter

A modern farmhouse in Cold Spring, NY, close to museums and hiking trails, for $865,000

amenities history outdoor space vacation vacation home
Brick Underground articles occasionally include the expertise of, or information about, advertising partners when relevant to the story. We will never promote an advertiser's product without making the relationship clear to our readers.
Share:

How can I insulate my ceiling to quiet my noisy neighbor upstairs?

Do I have to pay a broker's fee if I found the apartment?

How to prevent your smart home devices from being hacked

How to prepare for your building's elevator shutdown

An updated Kew Gardens two bedroom with a shared roof deck, for $425,000