Long Island's North Fork has rightly earned its reputation as a laid back (and somewhat cheaper) alternative to the high-priced—and often scene-y—Hamptons, and if you're looking for a quick, relaxing trip out of the city this weekend, it doesn't get much more peaceful than this four-bedroom "Sea Captain's Home" in East Marion.

As of press time, the property is still accepting reservations for this coming weekend for a minimum of two nights, and looks like the perfect antidote to a week of unpredictable weather and endless train delays. The 19th-century Victorian property features floor-to-ceiling windows, decorative fireplaces, and detailed woodwork in the main living areas, which have plenty of space for lounging and entertaining, including a rear parlor with a smart TV, and a Sonos sound system set up throughout the home: 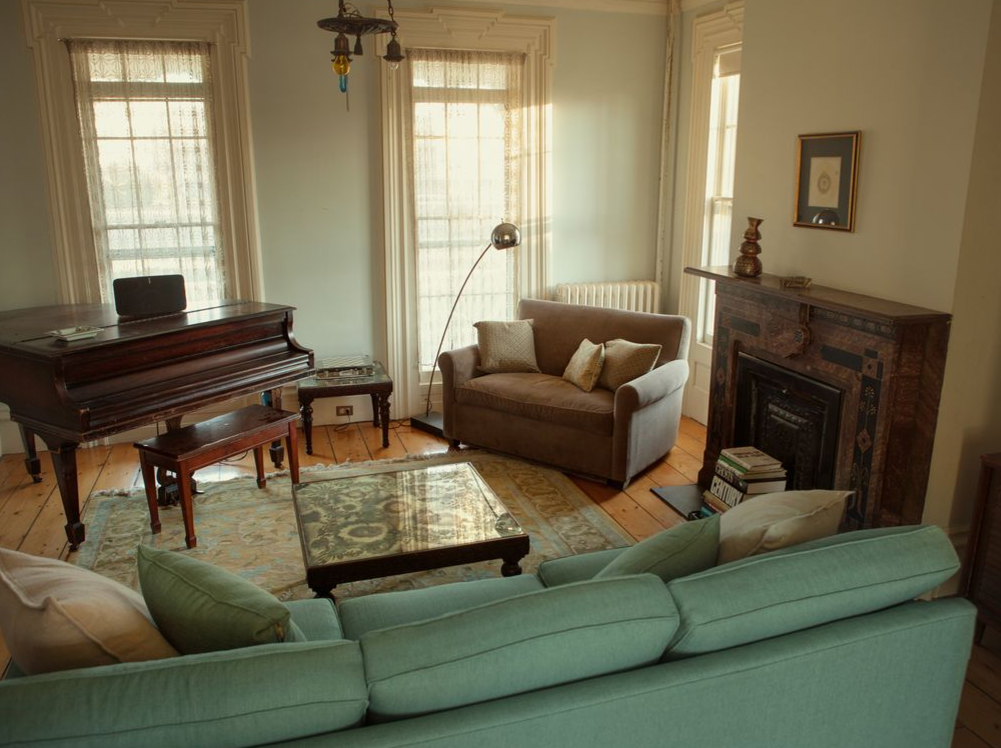 Even the kitchen is full of charming wooden detail, and opens into a large, separate dining room; a separate eat-in area in turn opens onto a sprawling backyard with room for outdoor dining, as well as two grills, an outdoor shower, and a hammock: 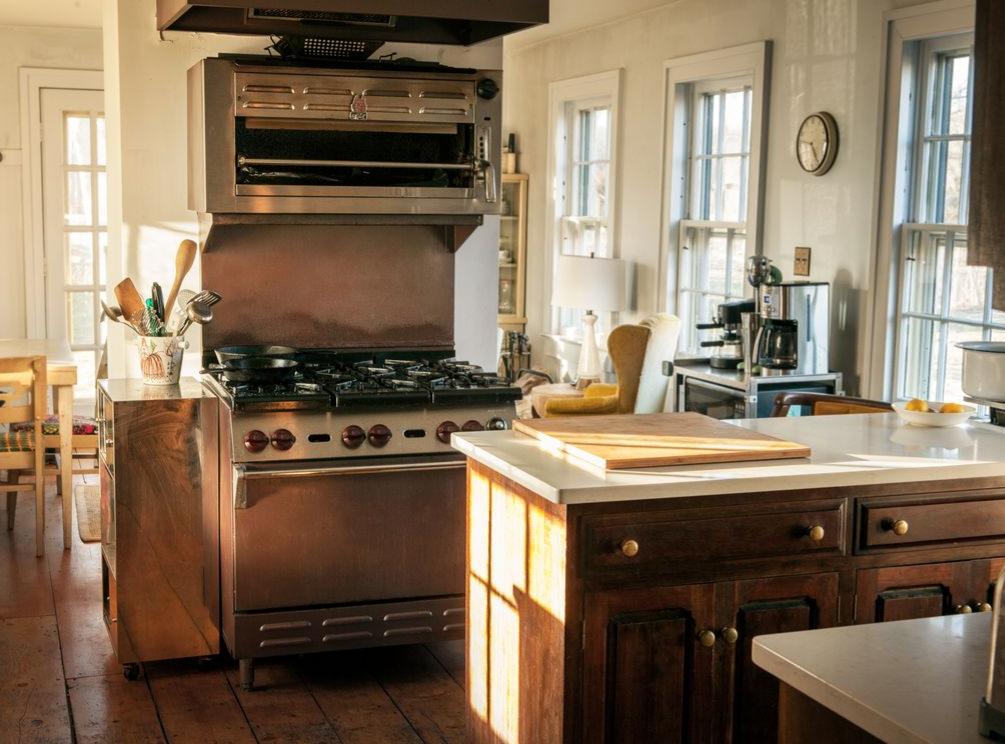 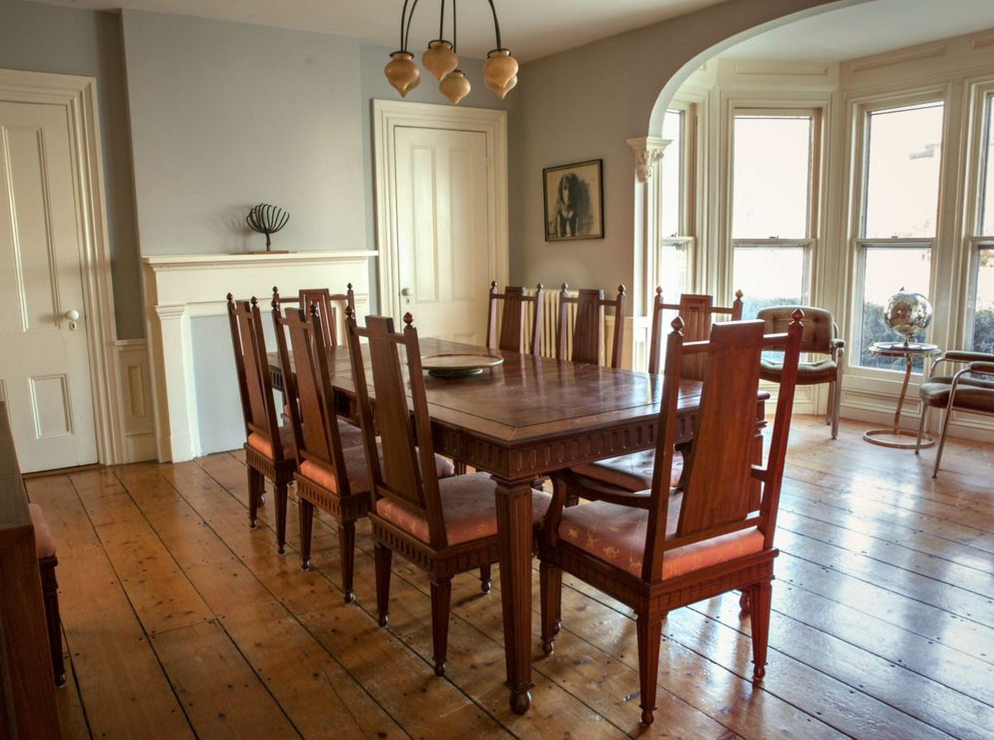 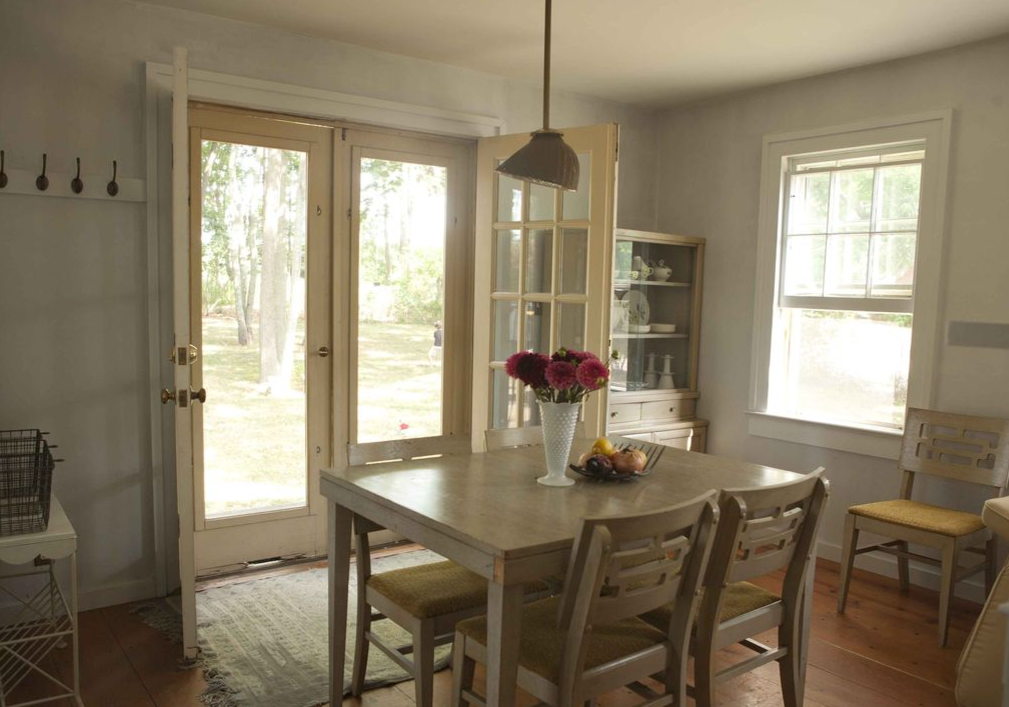 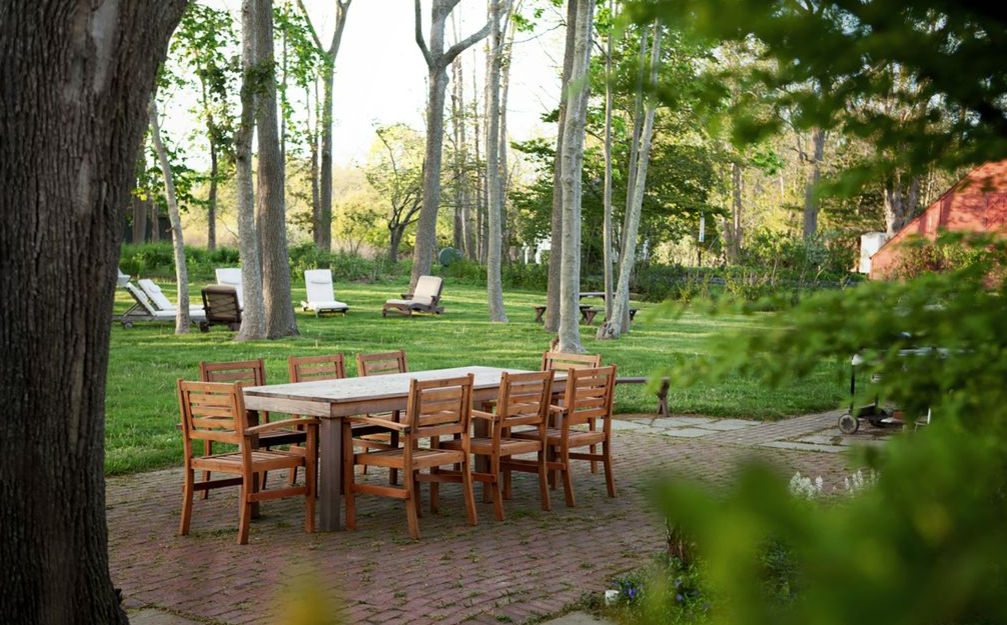 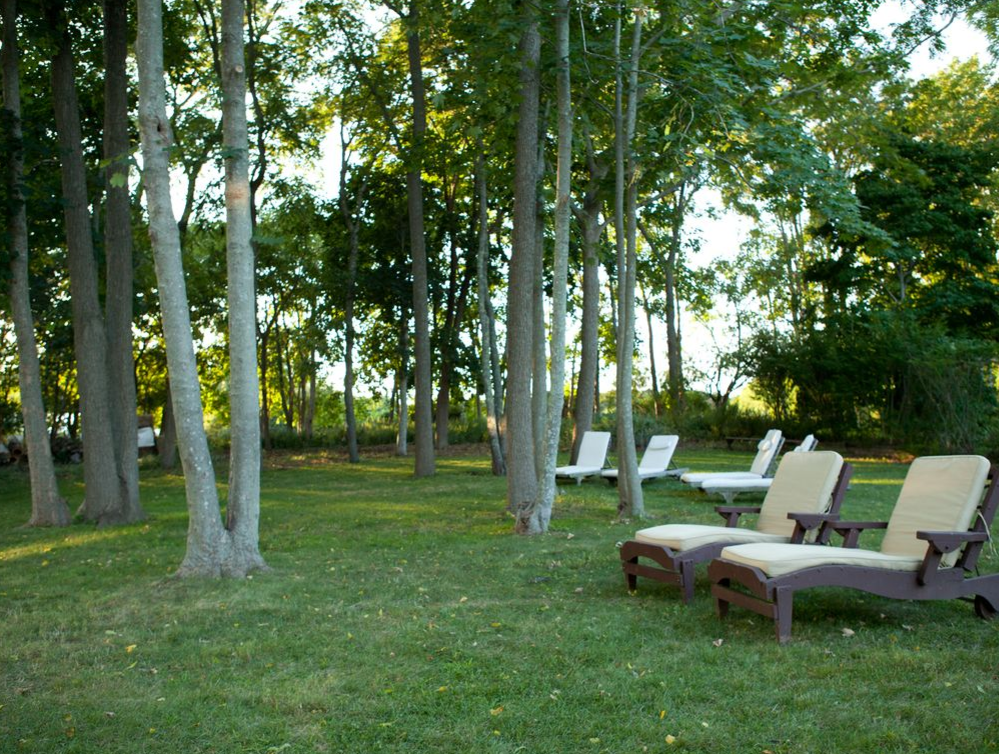 The are three well-sized bedrooms in addition to the master bedroom (each with air conditioning, the listing notes), and bathrooms that appear to strike the rare balance of historic-but-functional, with antique clawfoot tubs and hardwood floors: 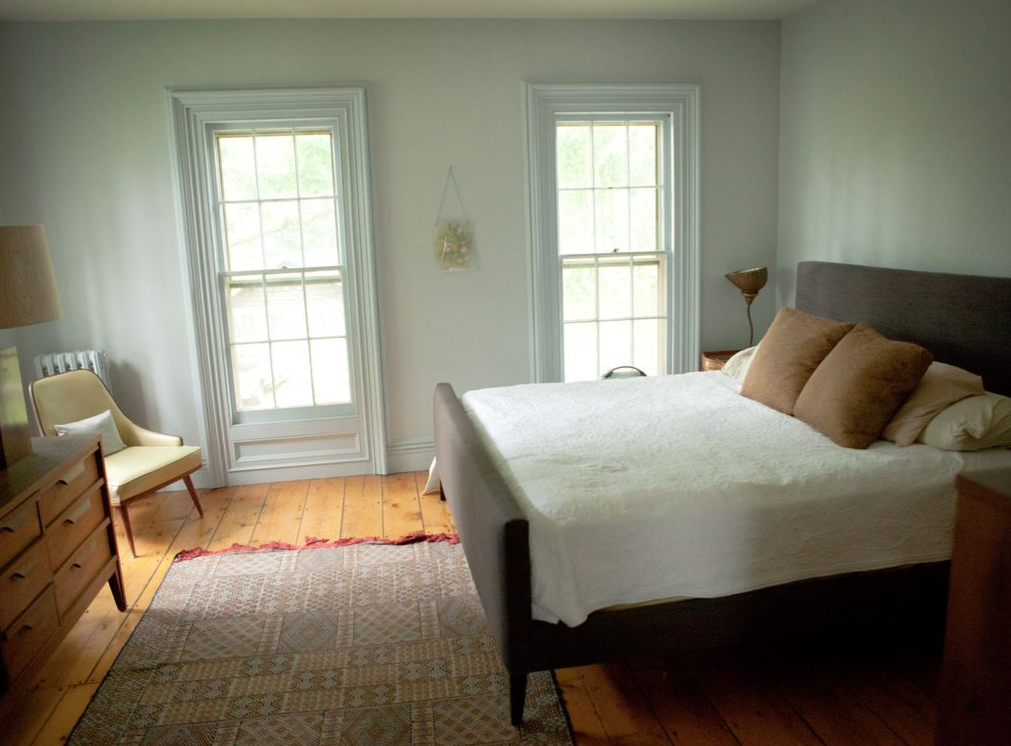 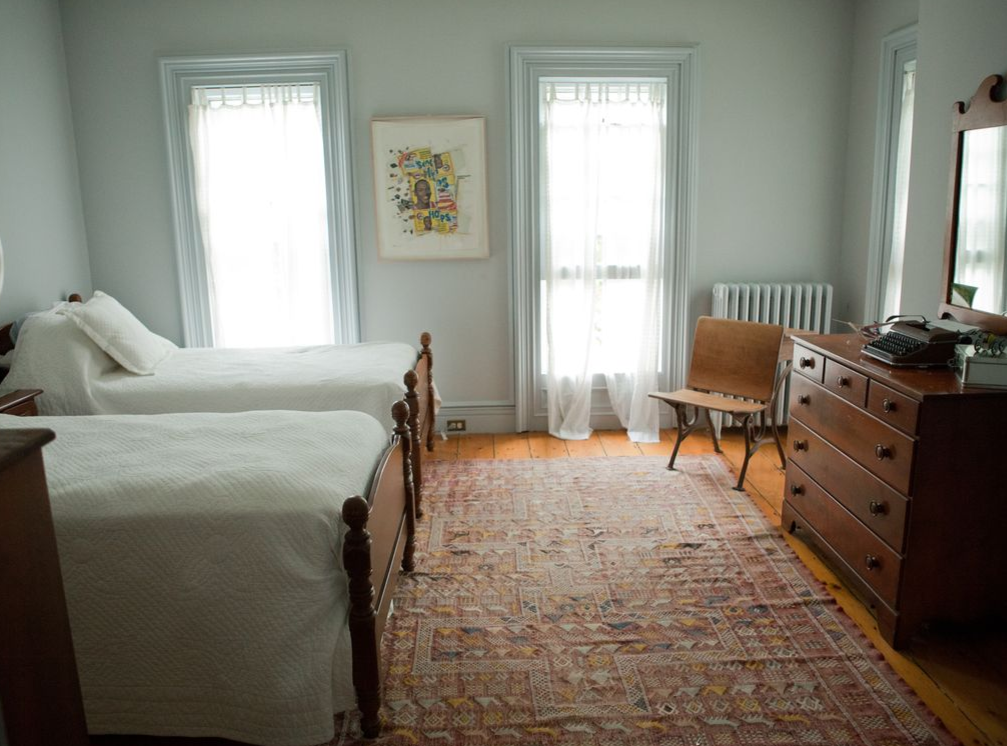 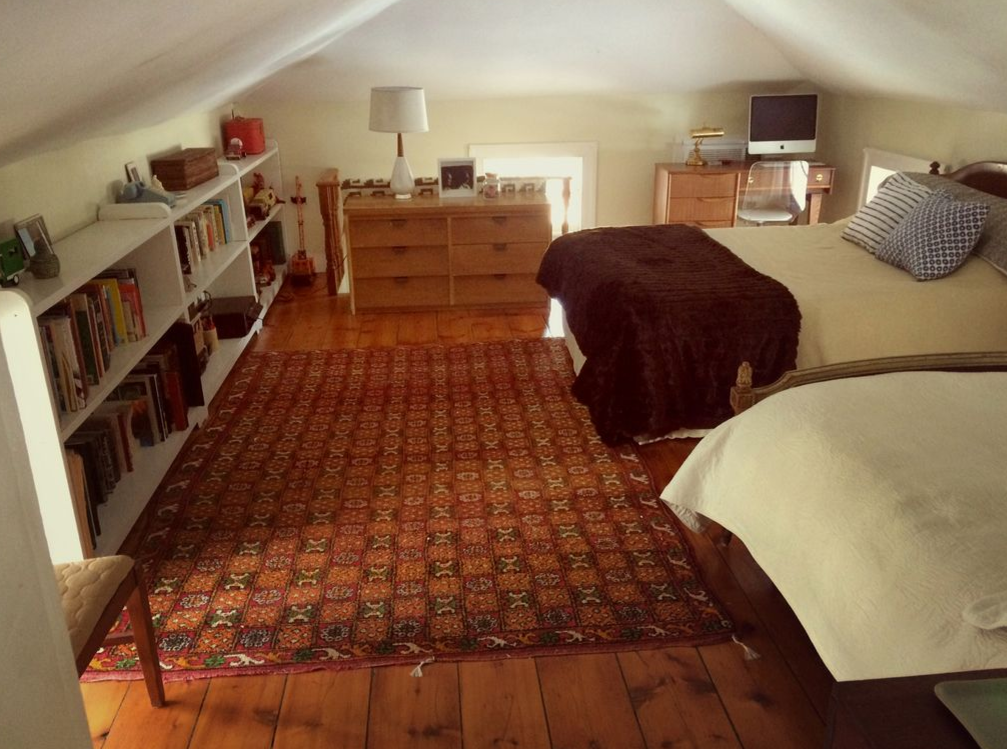 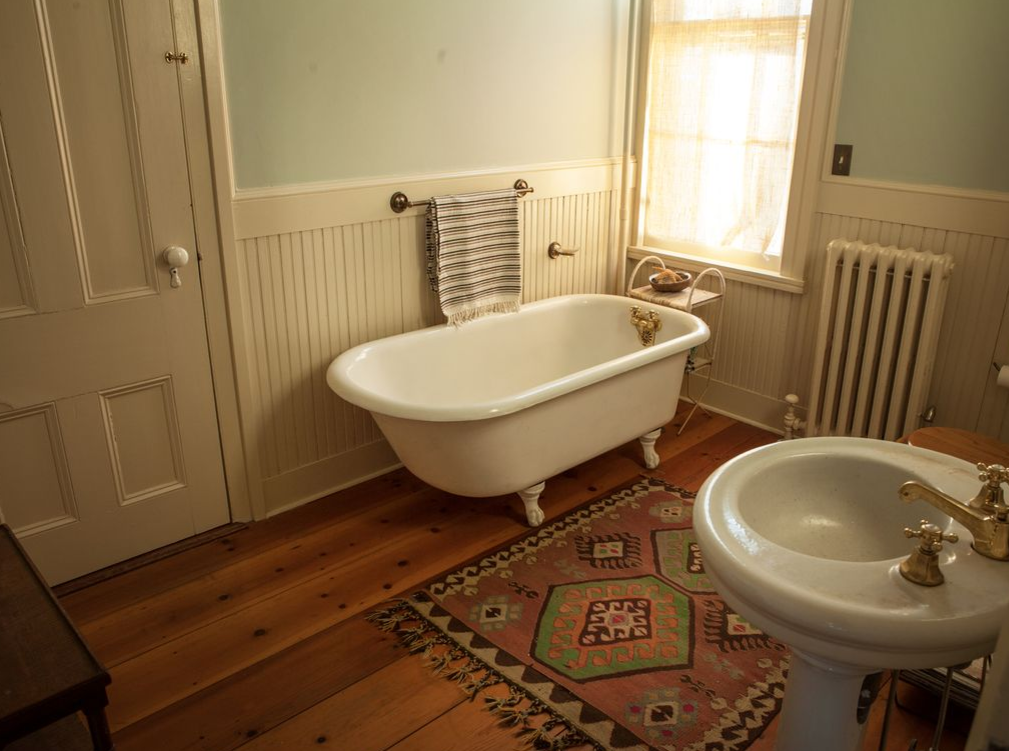 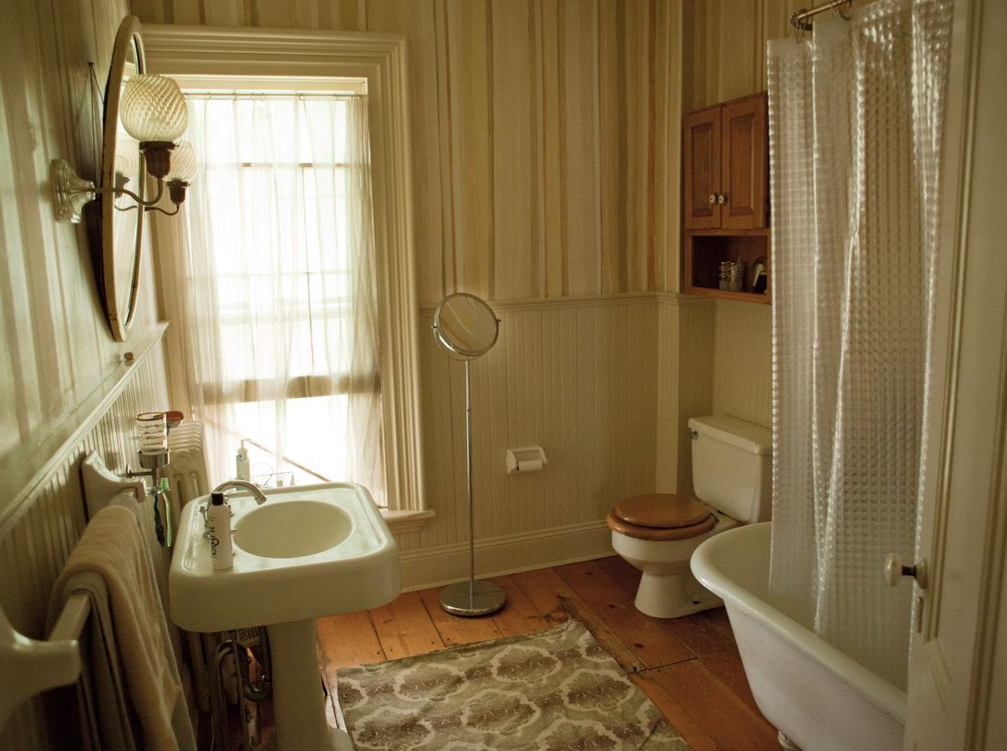 Pets need to be approved in advance, and the listing notes very specifically, "WE DO NOT ALLOW ANY PARTIES OR GATHERINGS AT THE SEA CAPTAIN'S HOME. Any celebrations are to be enjoyed by our overnight guests only." In other words, this is a better fit for families or a small group of friends, rather than a crew hoping to host a beach rager for the weekend. But given the size and quality of the home, the $450/night price tag seems like a relative steal, especially if you can split it up several ways.

The New Yorker’s Guide to the North Fork

Last-Minute Getaway North Fork
Brick Underground articles occasionally include the expertise of, or information about, advertising partners when relevant to the story. We will never promote an advertiser's product without making the relationship clear to our readers.
Share:

How to buy a NYC apartment: The international edition

The Brick Underground Podcast: What do the sweeping rent reforms mean for New Yorkers?