“This row of single-family houses with front yards and porches seems to belong more in a quiet Southern town than in the middle of Central Harlem," says historian Andrew Berman of the “wonderful surprise” of discovering Astor Row—28 almost identical houses that stand along the south side of West 130th Street between Fifth Avenue and Malcolm X Boulevard. “Not long ago many of these houses were dilapidated and missing their front porches and other original details," he adds. "Thankfully, much of that has been restored, and now  the row largely shines like a gem in the middle of an ever-more-gentrified but fortunately still very vibrant and diverse Harlem."

The story of Astor Row is a compelling one for anyone interested in the architectural history of the city. How and why the Row was built, how it became a magnet first for upper- and middle-class whites and then African-Americans, its precipitous decline in the middle of the 20th century, and its recent re-emergence as a “block beautiful” (the words used to describe it in 1928 novel) all attest to the creativity and resilience of New Yorkers.

1. The story begins with William Astor.

In the 1860s, Harlem was a favorite destination of fashionable New Yorkers who would travel north to picnic and enjoy the bucolic atmosphere. As New York grew and public transportation lines reached further and further north, the fashionable folks began to buy homes in the area, according to the Landmarks Preservation Commission's landmarks designation report. (Practically all of the homes that stand in Harlem today were built between 1870 and the first decade of the 20th century.) But, John Jacob Astor, a savvy investor who bought land in outlying areas of New York, figuring that the city would eventually need the land to expand, bought several lots in Harlem at auction in 1844.

And, he was right. When he died, the land passed to his two sons and one, William Backhouse Astor, got the the lot that became Astor Row, according to LPC.

The early residents were mostly single families of substantial means, single white families. According to the LPC’s designation report, at the turn of the century, Harlem’s black population increased dramatically when, for the first time, good housing in large quantities became available to New York’s black families. “Just as Harlem had been an exclusive white community, it became an exclusive black community, with more than 50,000 blacks living there by 1914,” according to the LPC. But, it was not until the beginning of the 1920s that the first blacks moved to Astor Row.

As the 1900’s progressed, many of the neighborhood homes, including the ones on Astor Row, became divided up into boarding houses and by the 1970’s, the AIA Guide to New York City, in describing the state of the Row, bemoaned the “restrained beauty which has been tarnished by years of economic distress”, citing especially the fate of their fragile wooden porches that had either collapsed or been entirely removed, according to Karen Ansis of the New York Landmarks Conservancy's New York City Historic Properties Fund.

Brooke Astor, who had been married to Vincent Astor, (the grandson of William B.) was on a driving tour around Harlem in the 1990s when she spotted the houses. “When Mrs. Astor got a look at the condition of the homes on the row she asked ‘What is this?’," says Ansis. She was appalled by their condition, particularly that of their distinctive porches that were in a state of serious disrepair or, in some cases, missing entirely.

After a conversation with the then-President of the Conservancy, Susan Henshaw Jones, Mrs. Astor pledged the first of two Astor Foundation grants that eventually totaled $1.7 million to jump-start the restoration of homes on the row. Eventually, $3 million was raised to do the work on the porches, as well as to repair toppling chimneys, damaged roofs, and cast-iron fences, and repoint and clean the facades. Two buildings that were vacant at the time were rehabbed and turned into limited equity cooperatives (four apartments in each home) for low-income buyers. Ansis oversaw the restoration initiative for the Conservancy.

Roberta Washington, an architect who played a major role in the restoration of the porches, says that “what you see now is all authentic.” Her team investigated all the details of the structural members and took great care in replicating the original materials. “We took paint samples and reproduced the original green color of the doors and trim.”

She particularly enjoyed working on the project “because I live in Central Harlem and can appreciate the block as a resident as well as an architect." She thinks that the project had a spillover effect: “Having a block with such distinguished elements attracts tourists and encourages people who live nearby to do the work of renovating and restoring," she says. 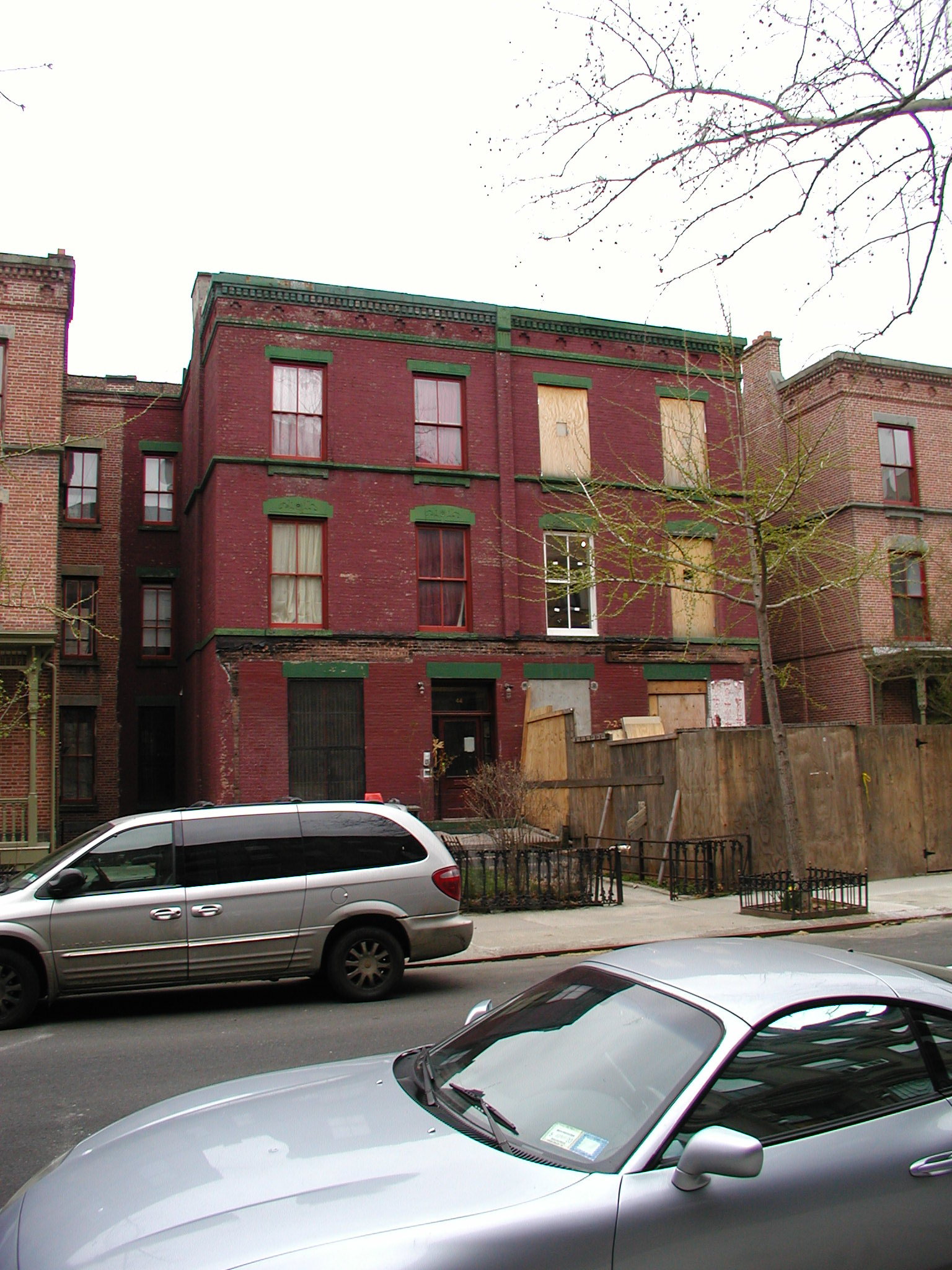 3. The homes on the row give the block the look and feel of a sleepy country town.

Having a row of houses with porches, front, and side yards is unique in Manhattan. “You may find a few homes with porches in other parts of Manhattan, but to have a row of 28 together is truly unusual,” according to Ansis.

In the New York Times, Christopher Gray wrote that the 1883 Real Estate Chronicle described the homes as “Philadelphia -style”. (Frankly, we’re thinking more like Savannah.) The homes are three stories tall, 20 feet wide, and set 20 feet back from the street. According to Gray, “the intelligence and ingenuity of their planning rebukes the standard high-stoop brownstones built across the street.”

The 28 homes were built in three groups. The first of eight was designed by architect Charles Buek who had built homes for the rich and famous throughout Manhattan, primarily on the east side on Lexington and Madison Avenues. The second 20 were built without an architect involved in the design and look very much like the Buek homes, except that they are built in pairs, not freestanding.

4. One home stands out from the rest, but not in a good way.

The cared-for look of most of the homes on the block is startlingly absent from number 28, and the Landmarks Preservation Commission is on the case. The Commission’s  lawyers filed a “demolition by neglect” lawsuit in August last year after the LPC staff spent over two years unsuccessfully trying to have the owner voluntarily make repairs to number 28. The interior walls and floors have collapsed and the roof is “largely collapsed,” according to the court papers.

“The owner has owned this property for almost three decades without making necessary repairs," says Lauren George, director of intergovernmental and community affairs at LPC.  "The Honorable Lynn Kotler issued a decision on November 4, 2015, ordering the defendant owner to expeditiously obtain all necessary permits to repair the landmark and to promptly begin and continue the work until the building is returned to a condition of good repair." The defendant hasn’t complied with the Judge’s order yet and George says that the city “is taking additional action to compel compliance with this decision”

The owner has told a lawyer for the Commission that she is trying to sell her house in Queens in order to fund repairs, according to a court order. Stay tuned.

5. The Row is a “real neighborhood” where you, too, can live.

When they were in a “charmless” building on the Lower East Side, Peter Holtzman and his wife Nathalia spent four-and-a-half years looking for a home with charm. At first they made 125th Street the northernmost boundary for their search. They looked at 132 properties before they broadened their search a few blocks north, and in 2003, found their Astor Row house. “It was in just the right stage of disaster when we bought it.”

The property needed a gut renovation, but Holtzman, who is an architect, figured that they could live in it while they fixed it up. The asking price was $750,000, and to make sure that they’d get it, they added $1500 to their bid. (In 2013, one of the homes sold for $2.4 million). They divided it into a duplex for themselves on the top floors—"bright with efficient space”—and two rentals, a one-bedroom on the garden floor and a two-bedroom on the parlor floor. There’s a wildflower garden in front of the house, pretty atypical for Manhattan living.

Now, the Holtzmans have two children and say they “love living here. It’s a real neighborhood. Living here is different from the typical anonymous experience of other parts of the city. When I interview people who want to rent an apartment in our home, I tell them ‘If you’re not willing to be neighborly, then this is definitely not the block for you.’” 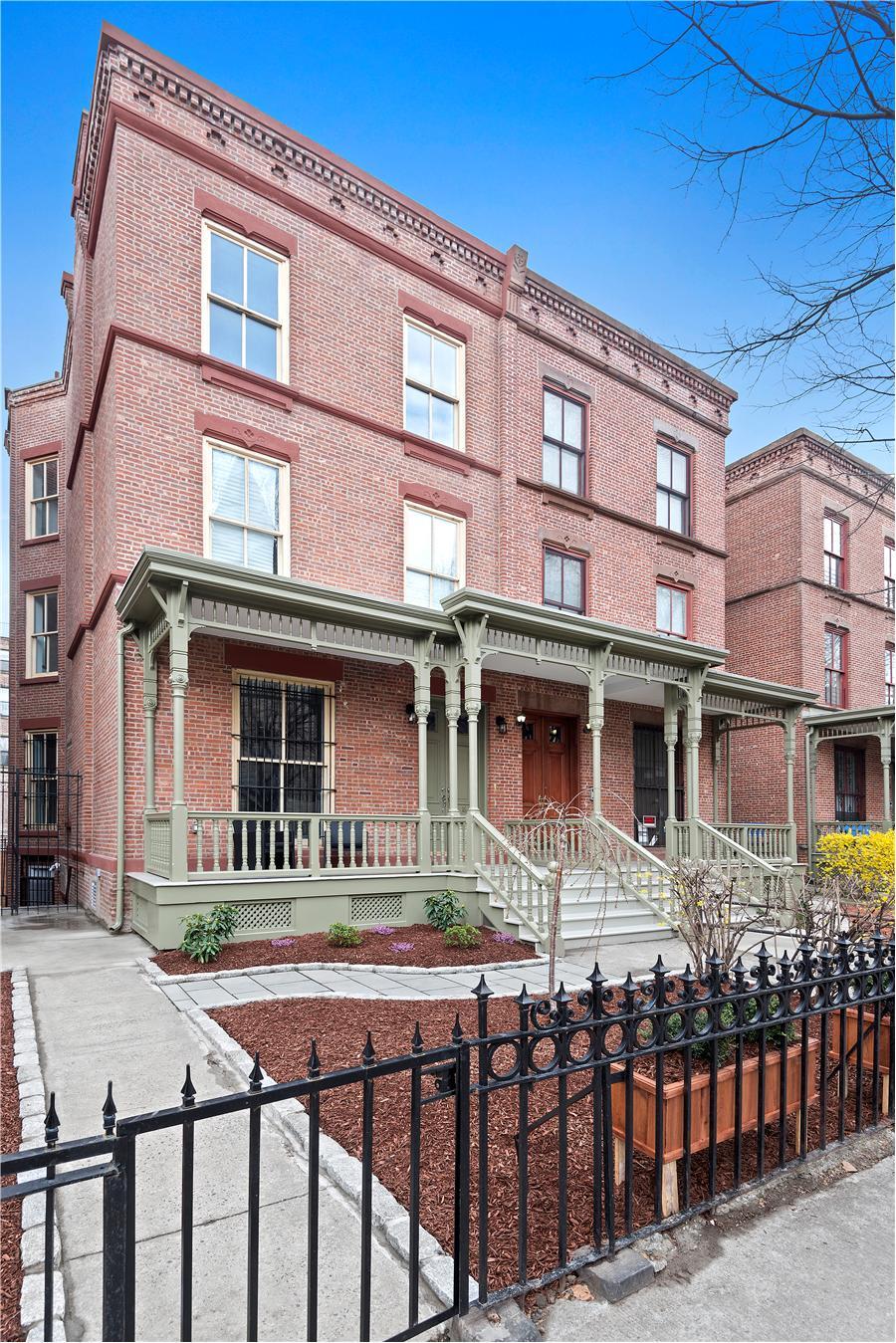 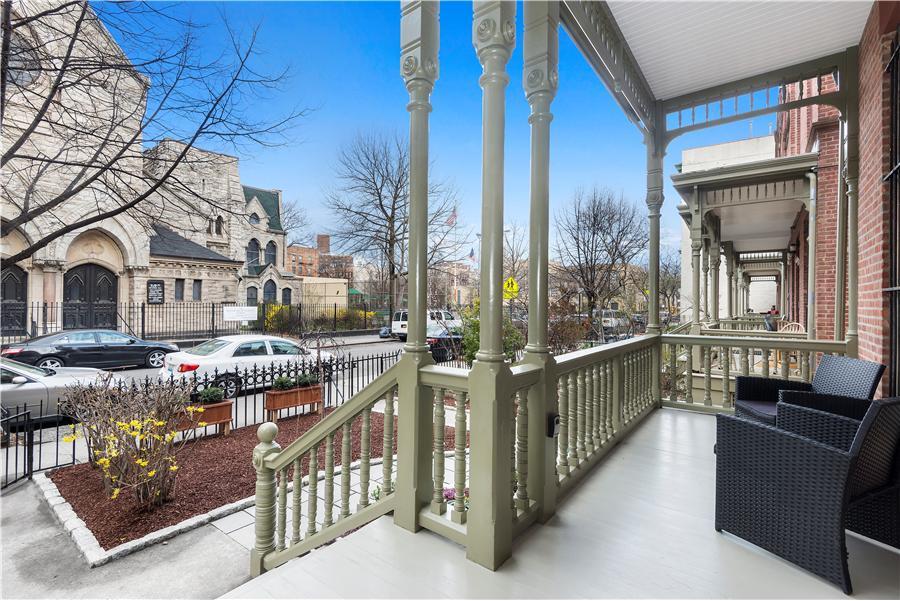 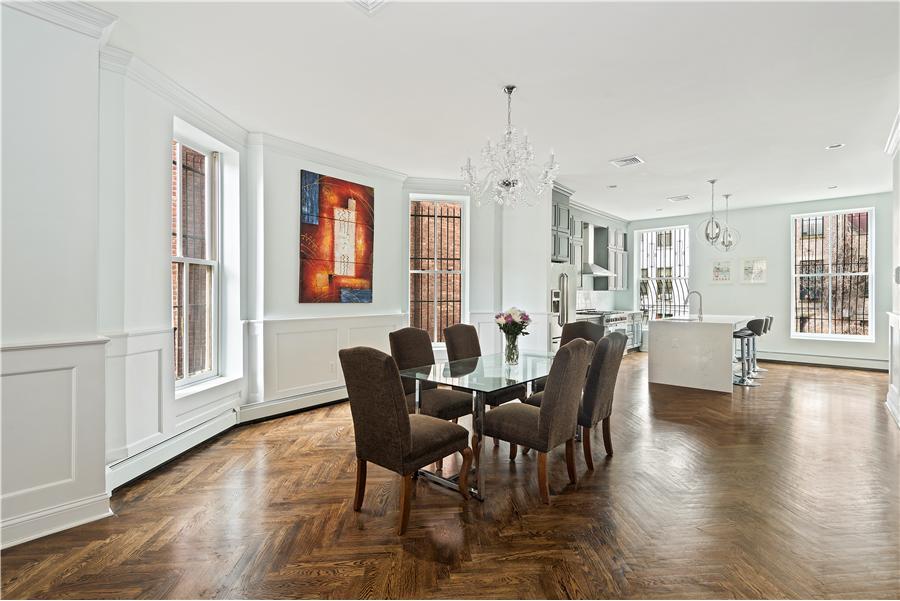 If you're looking to join the Holzmans on their block, you'll have to cough up $4.3 million for the house above, located at 15 West 130th Street. The house has been renovated into a four-bedroom, five-bathroom single-family house. And, get this: Taxes are just $188 a month.

Buy Curious: Which part of Upper Manhattan is right for you? A neighborhood breakdown

Warning: If you buy a landmarked property, better keep it up, or get sued

Strivers' Row is one of Harlem's most interesting and historic enclaves. It's pretty, too.

Will my maintenance fees go up if I renovate my co-op?