Parking app DropCar aims to be valet, parking garage, and chauffeur all in one

It's no secret that parking is an uphill battle in New York City—either you shell out exorbitant garage fees, or spend hours circling to comply with alternate-side parking and avoid expensive tickets. No wonder apps and building amenities have been emerging lately to help city dwellers bridge the gap.

Among the more recent options to enter the fray is DropCar, an all-purpose service that aims to replace the standard parking garage, while also acting as an on-demand valet and chauffeur—all for less than the cost of a space in a standard garage. The company lore goes that CEO and co-founder Spencer Richardson first got the idea when paying his roommate to move his car for alternate-side parking. And if that is, in fact, the specific service you're after, DropCar makes that an option, with a la carte by-the-hour parking and chauffeur services.

"We have two main consumer services: a monthly subscription, or on-demand," Richardson tells us. By-the-hour services run $15/hour, monthly parking services start at $349/month. For extra fees, you can also arrange for "car concierge" services such as maintenance visits, having the tank filled, and the like.

"For instance, someone might leave their key with the doorman, and arrange for the valet to come and find them a spot," Richardson explains. "Or if you're driving in to take your family to see Hamilton, you could have a valet meet you at your apartment, drive you to the show, park your car for however long you need, then drive you back home. That kind of hourly service basically eliminates the need for a garage, and gives you your own chauffeur."

Once your car is parked, he explains, the DropCar valet will drop a pin on a map in the app showing you its location, and will even take pictures to confirm its safe transport. As far as the logistics of making the handoff with keys, the service does seem better-suited to users who live in doormen buildings, so you can have a third party handle the transaction instead of manually having to hand over and pick up the keys from the valet in person.

If you're coming into the city from a weekend away, there's also a feature that lets you schedule a valet to meet you and pick up the car once you're back in town (the app connects to Waze, so it can track your progress and let the valet know your specific ETA). 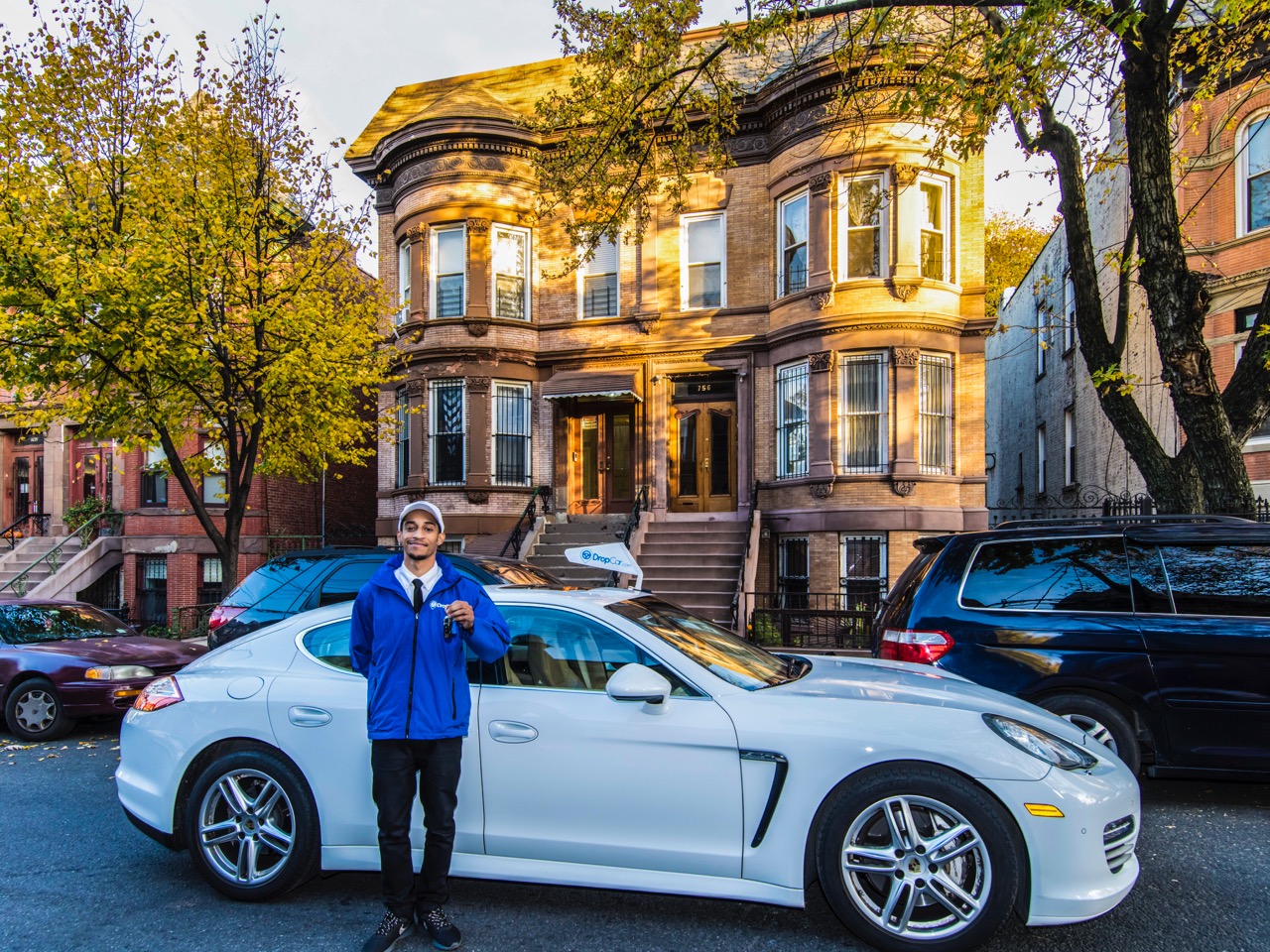 With the monthly option, you pay to have the service to store your car in one of its garages, and have the valet bring you your car on demand. "DropCar has garages where the cars are securely stored, covered, and insured," Richardson explains, noting that the company has both general liability and primary insurance with hired and non-owned auto coverage, meaning that you'll be covered even while another person is driving your car.

They also tout their driver training process, "DropCar University," which includes class room and field training, as well as basic mechanic and defensive driving courses. As an added safety measure, the service incorporates ZenDrive technology to monitor driver behavior, and make suggestions for improvements. The service will also cover any potential parking or traffic tickets that are incurred while the car is in a valet's control. (All drivers go through a preliminary background check, as well.)

It will take a little bit of planning to get your car when you need it, however. Richardson notes that most people schedule their pick-ups and drop-offs in advance, and that you'll likely be waiting around 25 to 45 minutes for your car to be brought to you. "We always have people on staff at the garages ready to bring you your car, and the app sends ETAs at all times," Richardson notes.

However, since many of the garages are in farther-flung locations such as the Bronx, it's not quite as immediate as having your car picked up from a nearby garage.

"We have one central garage in the Bronx, two garages in Williamsburg, one in Brooklyn Heights, and one in between the Barclays Center and Brooklyn Heights," Richardson says. (The service is currently offered in Manhattan, Brooklyn, and Long Island City.) The company is also working with developers to create offerings for buildings—and utilize spots in buildings garages—and some brokers in this concession-heavy market are reportedly offering buyers a prepaid year of DropCar up front as a means of sweetening the deal.

While it's still not as cheap as just using your trusty MetroCard every month, if you live in a neighborhood with scant or super-expensive parking options—and are willing to do some planning ahead of time—DropCar may be the ideal interim solution.

Everything you need to know about owning a car in NYC

What happens to NYC neighborhoods when parking lots disappear?

cabs & car services parking products & technology products, apps, & tech transportation
Brick Underground articles occasionally include the expertise of, or information about, advertising partners when relevant to the story. We will never promote an advertiser's product without making the relationship clear to our readers.
Share: