What "The Get Down" gets right about 1970s Bronx housing

Admittedly, we were skeptical when we first heard about Baz Luhrmann's new Netflix mega-show, The Get Down, chronicling the Bronx in 1977, the end of disco, and the birth of hip hop. His track record is heavily hit-or-miss, and on the heels of HBO's disastrous 70's show Vinyl, it didn't necessarily seem like the world need another flashback. But the years of research, high-profile consultants (including Grandmaster Flash and Kurtis Blow), and obsessive attention to authentic detail seem to have paid off. That, and the reported $120 million budget.

In between fantastical sequences—at least one character may or may not be able to fly?—and musical numbers, the show actually does touch on several real-life housing issues that faced the Bronx in the 1970s, namely lack of public funds and the well-publicized problem of landlords paying gangs to burn down buildings to collect the insurance money. In fact, one of the side plots involves Papa Fuerte (Jimmy Smits), a local political leader promising votes to then-mayoral-candidate Ed Koch in exchange for $10 million to create a massive South Bronx development project that would allow residents to own actual houses.

While the show was shot on location around NYC (and interspersed with vintage news footage), most of the actual apartments in question look to have been shot on sound stages. (Reportedly, the show had sets and production offices in Queens, the main hub of the city's production industry.) Zeke, the main character (and an aspiring rapper) lives in apartment 16G in a nondescript housing development, though we don't see much more of it than the kitchen he shares with his aunt and uncle: 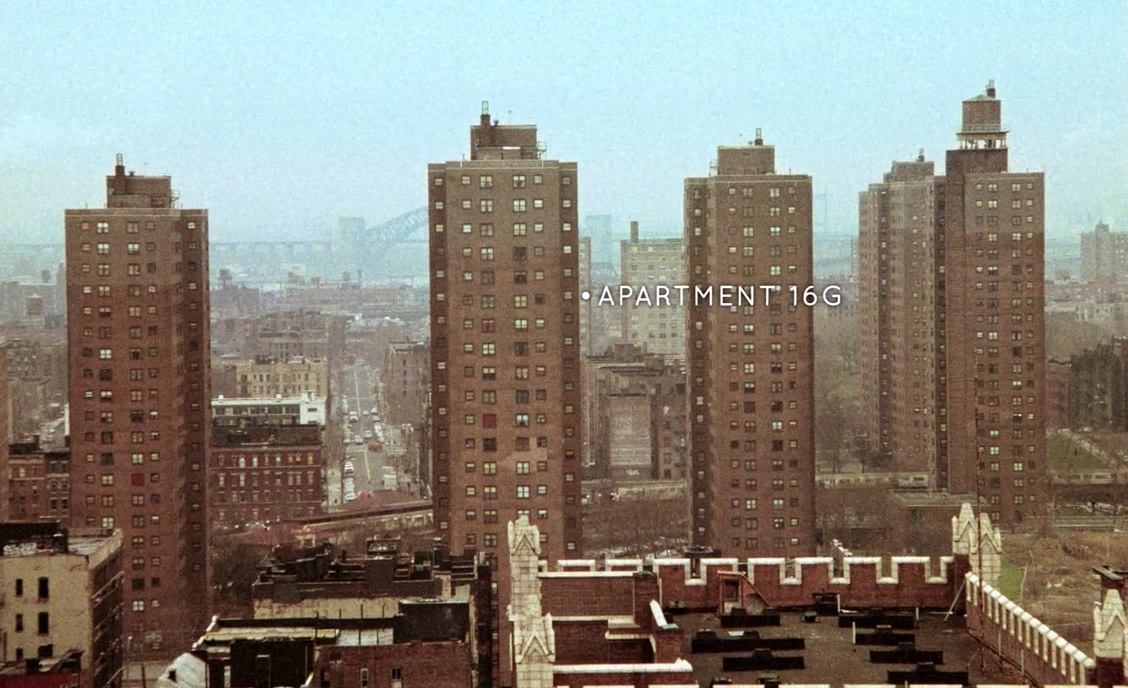 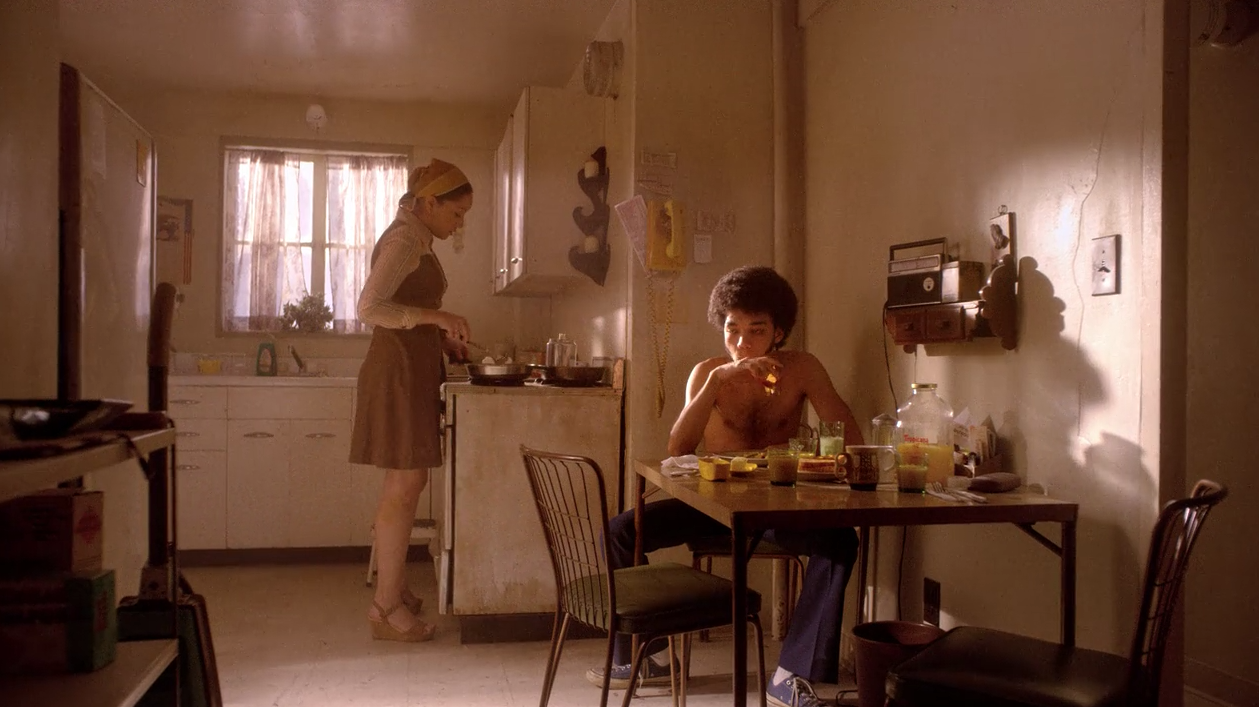 His friends have similarly generic apartments, though with different varietals of ultra-70s decor. (Note the macrame plant holder and avocado-green kitchen.) 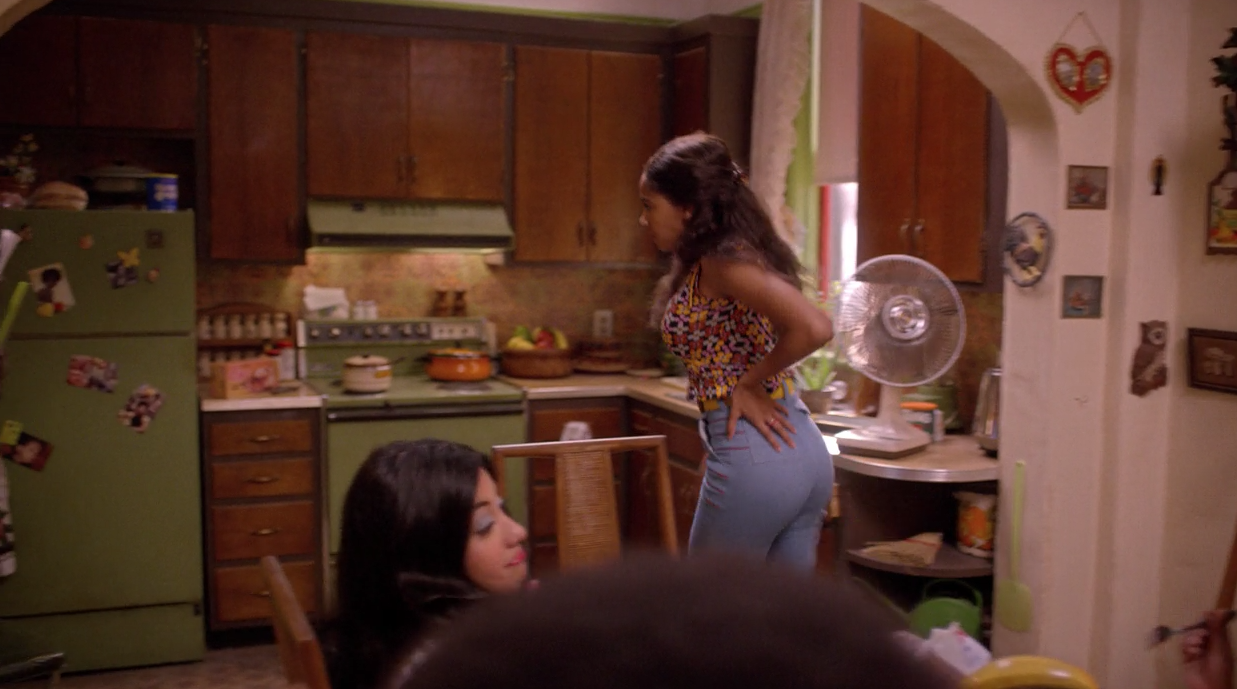 That said, at least one character lives in a real-life building (though it looks to have been shot on a carefully constructed set). Disgraced, drug-addled music producer Jackie Moreno (Kevin Corrigan) resides, appropriately enough, in a rundown setup at the Chelsea Hotel. The decor is very period-appropriate, but if you look at these Vanity Fair photos of current rooms in the building, the layout and room size actually looks about right. 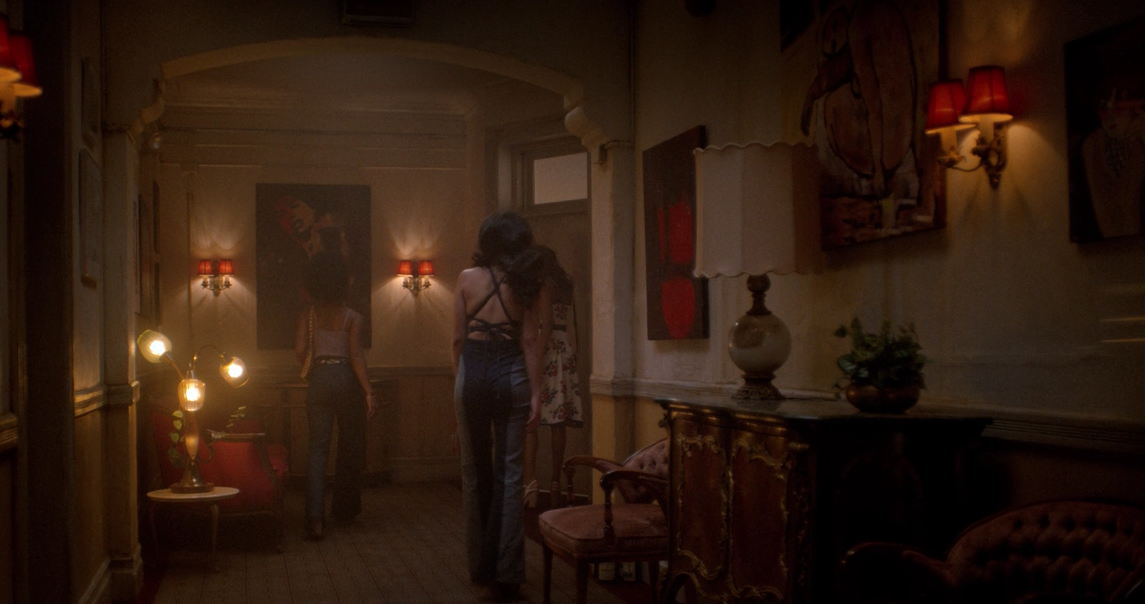 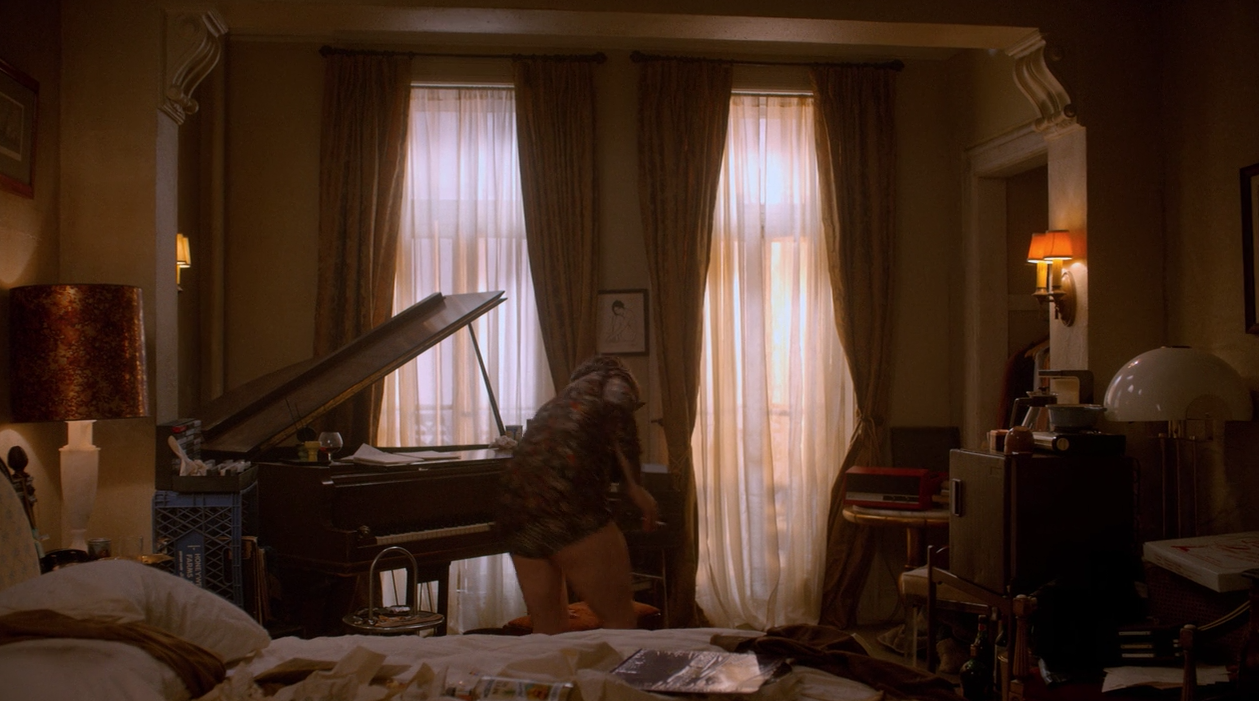 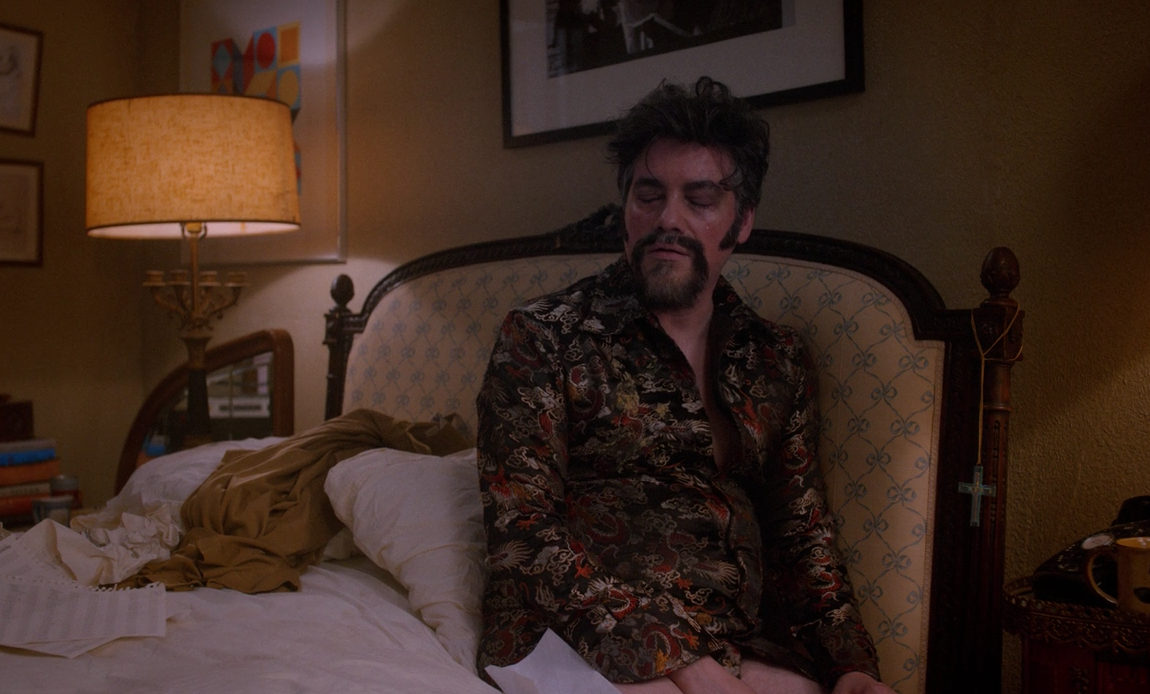 In spite of the careful attention to authenticity, there is one housing detail that doesn't quite line up with anything we've ever heard about 1970s New York: DJ Shaolin Fantastic (Shameik Moore) seems to have an uncanny knack for finding safe, serviceable abandoned buildings for Zeke and the rest of the Get Down crew to smoke weed and reherase in. There's even electricity and running water! 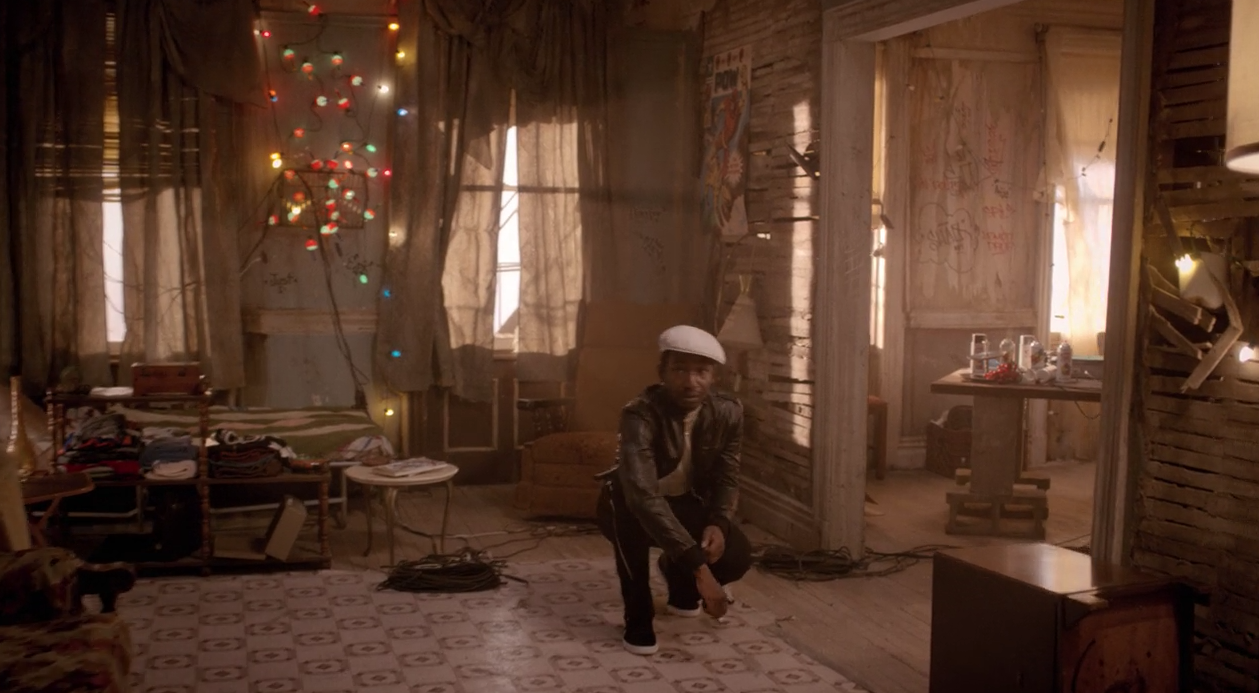 After his first hideaway burns down at the hands of paid arsonists, he upgrades, finding a full-on mansion to set up camp in (also pictured up top). 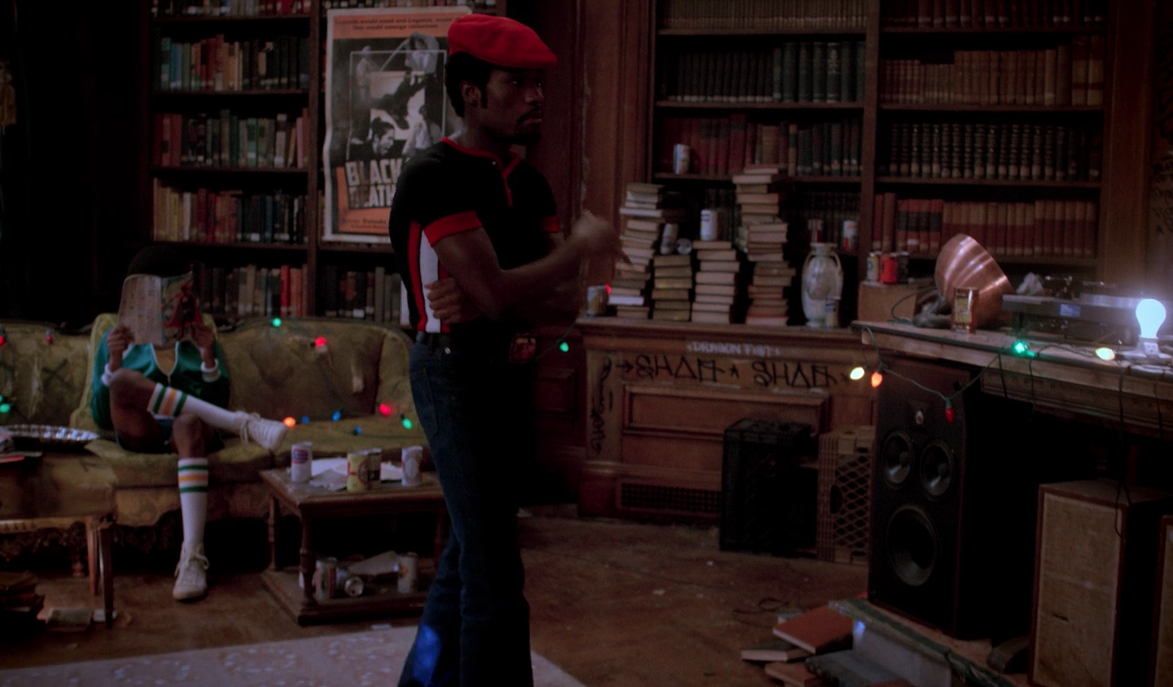 Then again, if living through one of the city's most troubled eras meant gallvanting around in grand, empty, old mansions (and you know, witnessing the birth of a defining American art form), then we'd really understanding why "New York in the '70s!" nostalgia has long been such an enduring phenomenon.

Why is the upscale townhouse on HBO's 'The Night Of' decorated like a tacky dorm room?

Bronx Reel Estate TV
Brick Underground articles occasionally include the expertise of, or information about, advertising partners when relevant to the story. We will never promote an advertiser's product without making the relationship clear to our readers.
Share:

For sellers and buyers, cash is king now more than ever

Shopping for a Murphy bed? The best wall beds for NYers, from budget to high end

A no-fee Astoria one bedroom with lots of amenities, for $2,450