It’s a big question to ponder if you’re searching for a small-ish pad: What’s better, a large studio with a Murphy bed (aka an in-wall or fold-down bed) or an apartment with a teensy living room and small, but separate, bedroom?

And, does that even matter to New Yorkers contemplating micro-urban living? We asked five city dwellers what they thought, and you may be surprised by their answers:

An open floorplan matters most I’m not a fan of tight spaces so I’d rather have a Murphy bed in a large studio with room to move versus a [tiny] separate bedroom. —Maria, Murray Hill

Too much hassle Even though I work out a lot, I feel like a Murphy bed would be heavy (do they come in automatic versions?) to lower down and raise up, so I’ll take a small living room with a separate bedroom thank you very much! —Erica, Tribeca

A girl needs her privacy I often have friends over and guests coming to New York from out of town and prefer having a separate room so I can have my privacy during those times. –Brittney, West Village

Separate space=happy marriage While I love my husband very much, separate rooms is instrumental in our successful marriage. If we had a studio (even a large one with a Murphy bed), I predict it would only take one Harry Potter marathon for him to re-think the vows he made!—Alison, Woodlawn

Everyone wants to visit This is New York City so, no matter the size of your apartment, everyone wants to stay with me. So please give me a separate room (with a door to close). —Margaux, West Village (pictured below) 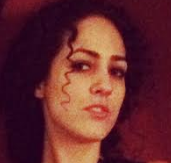 Live large in a small space: How to divide a studio apartment

NYC Renovation Questions: Murphy beds may be more practical than you think

Would You Rather?
Brick Underground articles occasionally include the expertise of, or information about, advertising partners when relevant to the story. We will never promote an advertiser's product without making the relationship clear to our readers.
Share:

Renters ask: What happened to landlords' promises to 'work things out'?

Is your dumbwaiter a firetrap? Here’s what you should do to protect yourself

Hostels may become legal in NYC, your rights as a renter, & more