When it comes to neighbor nuisances, what's worse: barking dogs or chain smokers?

When you live in New York, there’s almost always some annoyance from a neighbor that you have to deal with. For this installment of Would You Rather, we asked city dwellers to choose the lesser of two evils: living right by a cigarette smoker or an incessant dog barker?

Here's what they had to say:

Birds of a feather A cigarette smoker—I can deal with that more than noise. Also, I smoke, so… —Nicole, Bushwick
Every New York City living situation is a tradeoff You swap something horrible, like a smoker or an insane dog, for some major perk, like a dishwasher, or great light, or a landlady who bakes you cookies. I'd much rather live next door to a dog that barks constantly, because at least I can put on headphones or blast some Prince to drown it out. Smelling someone else's cigarette smoke feels like a personal invasion in a way that I feel powerless to avoid. -Chelsea, Astoria (pictured below) 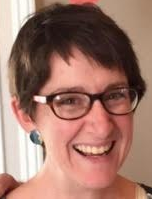 Sound you can mask, but not scent… I really don't know what's worse. I guess the dog will die sooner than the smoking habit, which is terribly morbid, but I'd go with the dog barking. Plus, I could hopefully drown out the barking with NPR or music. —Mary, Crown Heights
Dogs are less risky Dogs. They’re cuter, plus less cancer risk. —Melissa, Astoria
Light them up I smoke, though I’m on the tail end of it, so I guess I’d rather live next to a smoker. I could handle that more than the dog. —Tracie, Greenwich Village (pictured below) 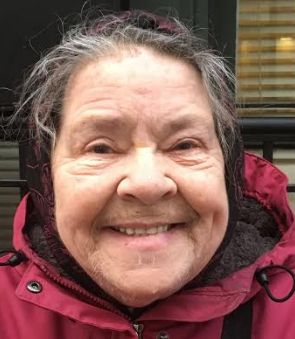 But, is the dog suffering? This is tough for me. I have a crippling fear of fire, so the increased risk of a smoldering [cigarette] butt would terrify me. But a barking dog is a constant quality of life issue, even though I love dogs. I'd rather live with the theoretical fear of fire (and maybe a crummy smell in the hallway) than listening to a suffering animal around the clock. —Nell, Williamsburg
In the city, quiet is everything Definitely a chainsmoker. The dog, I just couldn’t do the noise. I need peace and quiet, as much as you can get in the city. —Joshua, Bedford-Stuyvesant
Sorry, not sorry Smoker even though that's the more f---ed up answer. —Jeff, Marine Park
Too stinky Animal noises are nicer than human smells. —Anne, Hell’s Kitchen
Put in a Glade! Smoker. I feel like the dog is more of a disturbance. But it [the smoke smell] can get into your hair… But you can just plug in a Glade. —Saja, Flatbush
Verdict: Smokers have it, 6 to 4.

Dear Ms. Demeanor: Get my neighbor's cooking smells out of the hallway!!

noise nuisance odors Would You Rather?
Brick Underground articles occasionally include the expertise of, or information about, advertising partners when relevant to the story. We will never promote an advertiser's product without making the relationship clear to our readers.
Share:

Can I install a washer/dryer combo in my NYC apartment?

What is normal wear and tear on a NYC rental?

Something from nothing: Ideas for kids' play areas in small NYC apartments