In its first incarnation as a scrappy Brooklyn-based web series, High Maintenance had already become a cult favorite for New York viewers, in part due to its unusually realistic depiction of city apartments. And if the first episode of its new, longer-form HBO series is any indication, moving to a high-paying network doesn't mean it lost its touch. (For the uninitiated, the show follows an unnamed NYC pot dealer simply referred to as "The Guy," as he bikes around the city visiting different customers—and providing a prime opportunity to get a glimpse into a variety of apartments.)

The first 30-minute episode takes us through four different NYC living situations—with varying degrees of realism. The first stop is at the apartment of a new client, who, after some histrionics, turns out to be an actor working on a character with his coach, at the expense of his dealer. His apartment looks to be a duplex with outdoor space (and plenty of room for workout gear), which, combined with the $200 he spends on pot over the course of his "practice" session, left us with some follow-up questions about how a struggling actor could actually afford all of this: 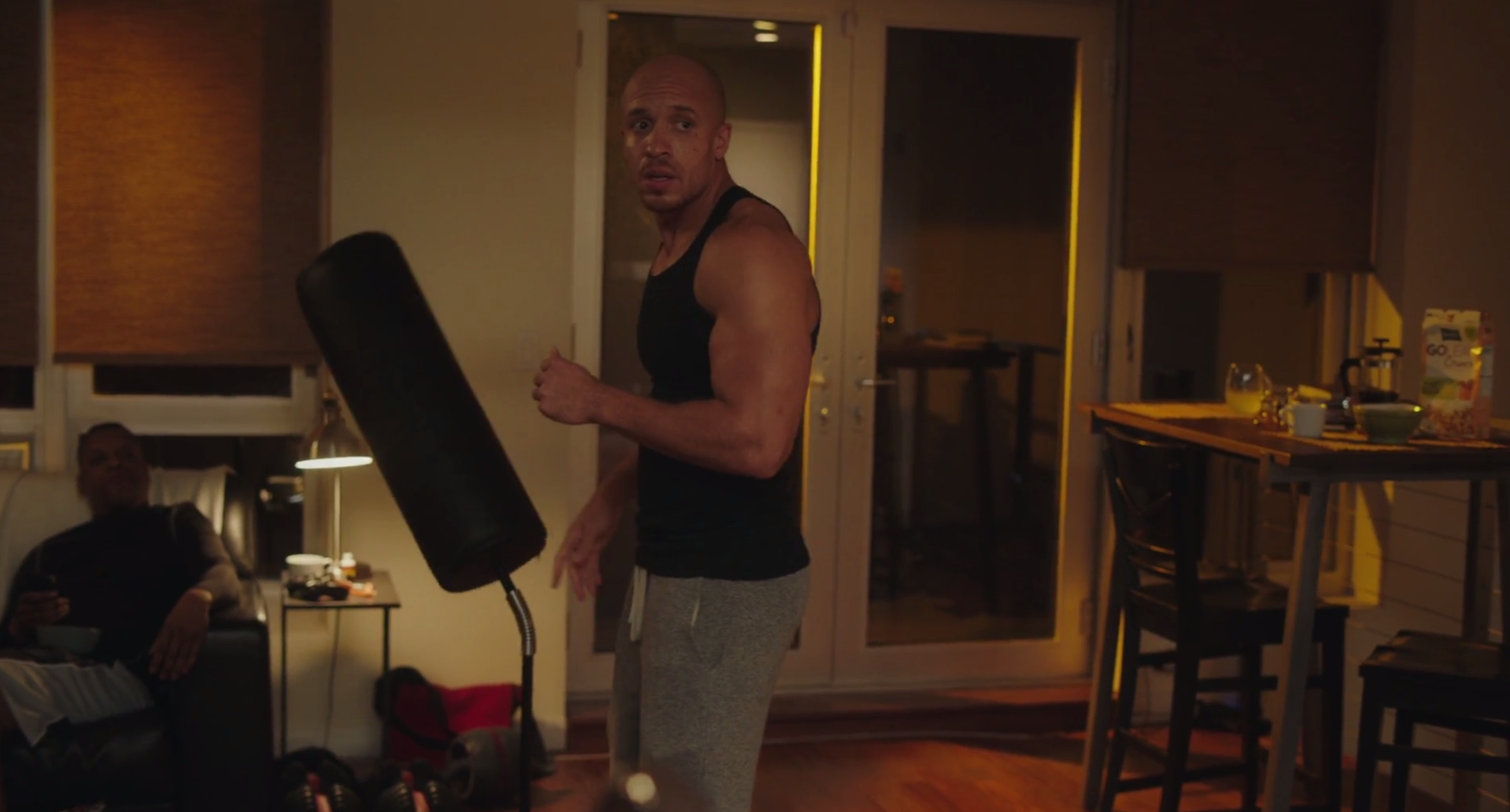 The next apartment—which belongs to toxic best friends Max and Lainey—is more realistic, and looks like a somewhat standard two-bedroom, most likely in Williamsburg or Greenpoint, judging from the exterior: 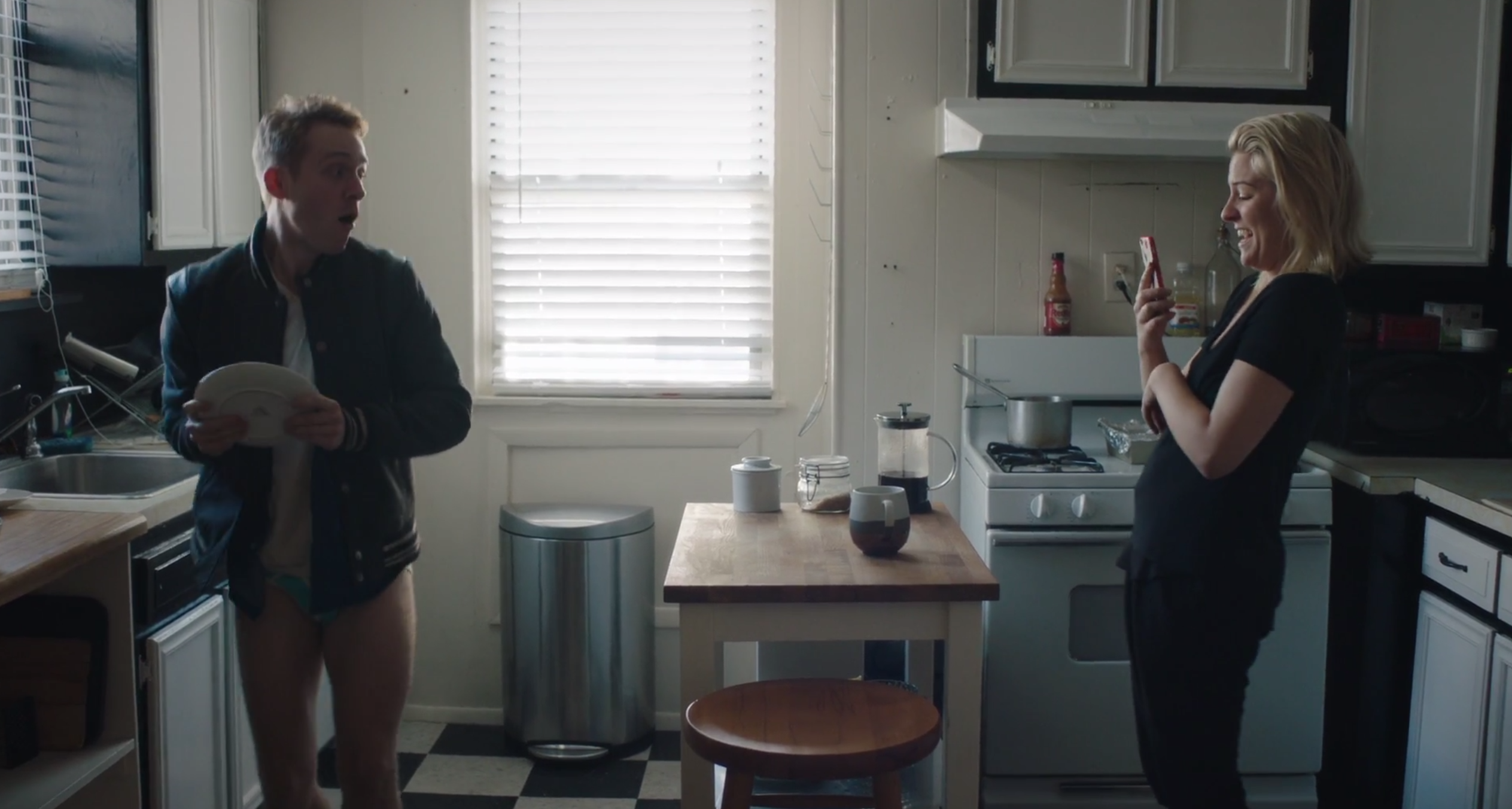 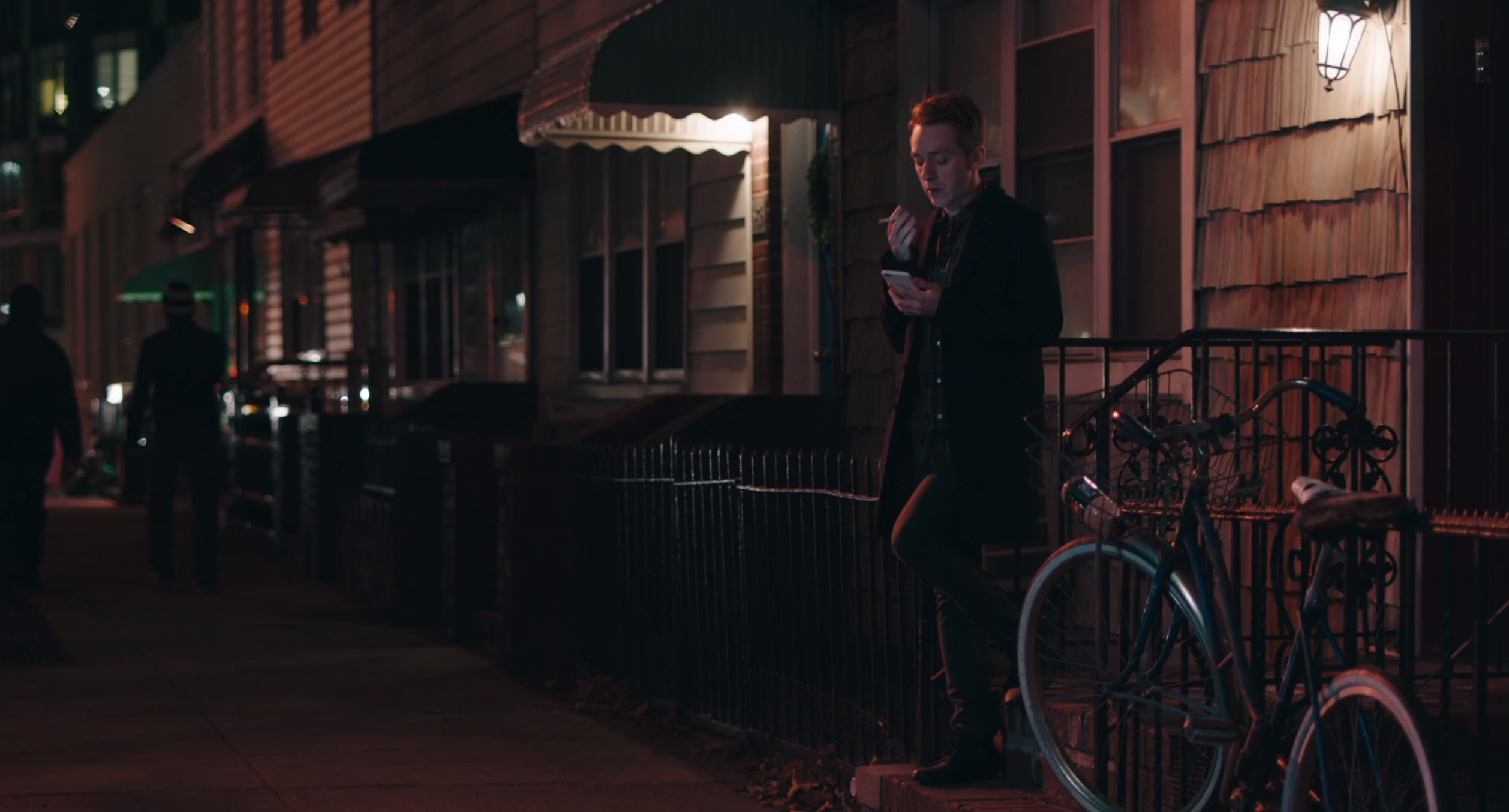 At one point, to escape a bachelorette party during which a guest pukes on their couch, Max flees the apartment for a Grindr hookup and ends up in a breathakingly nice apartment, full of what looks like custom woodwork, as well as a hammock (!), balcony, and an enviably huge kitchen. (He actually asks, "What do you pay in rent?" mid-hook-up, and who can really blame him. That's a true New Yorker!) 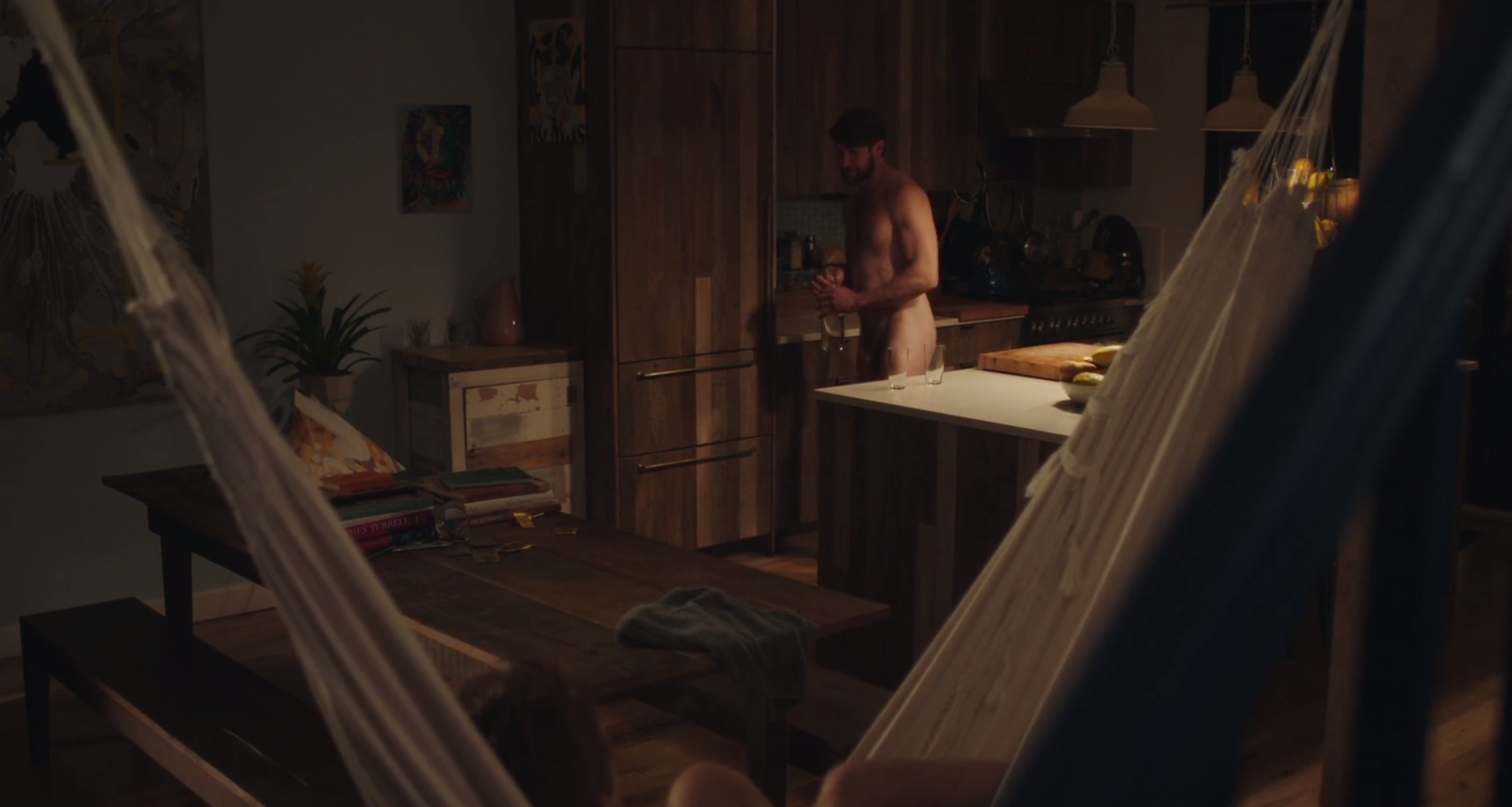 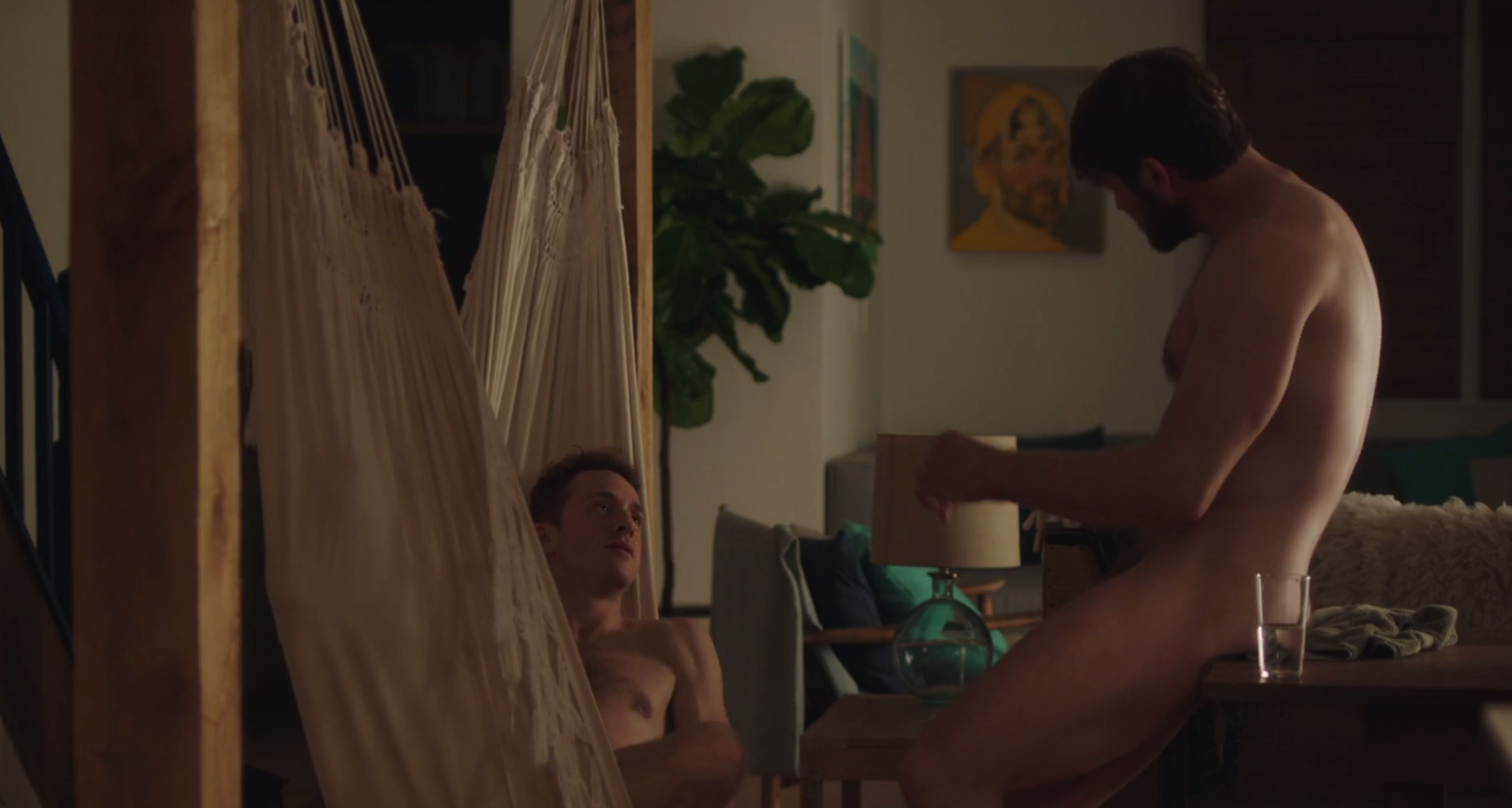 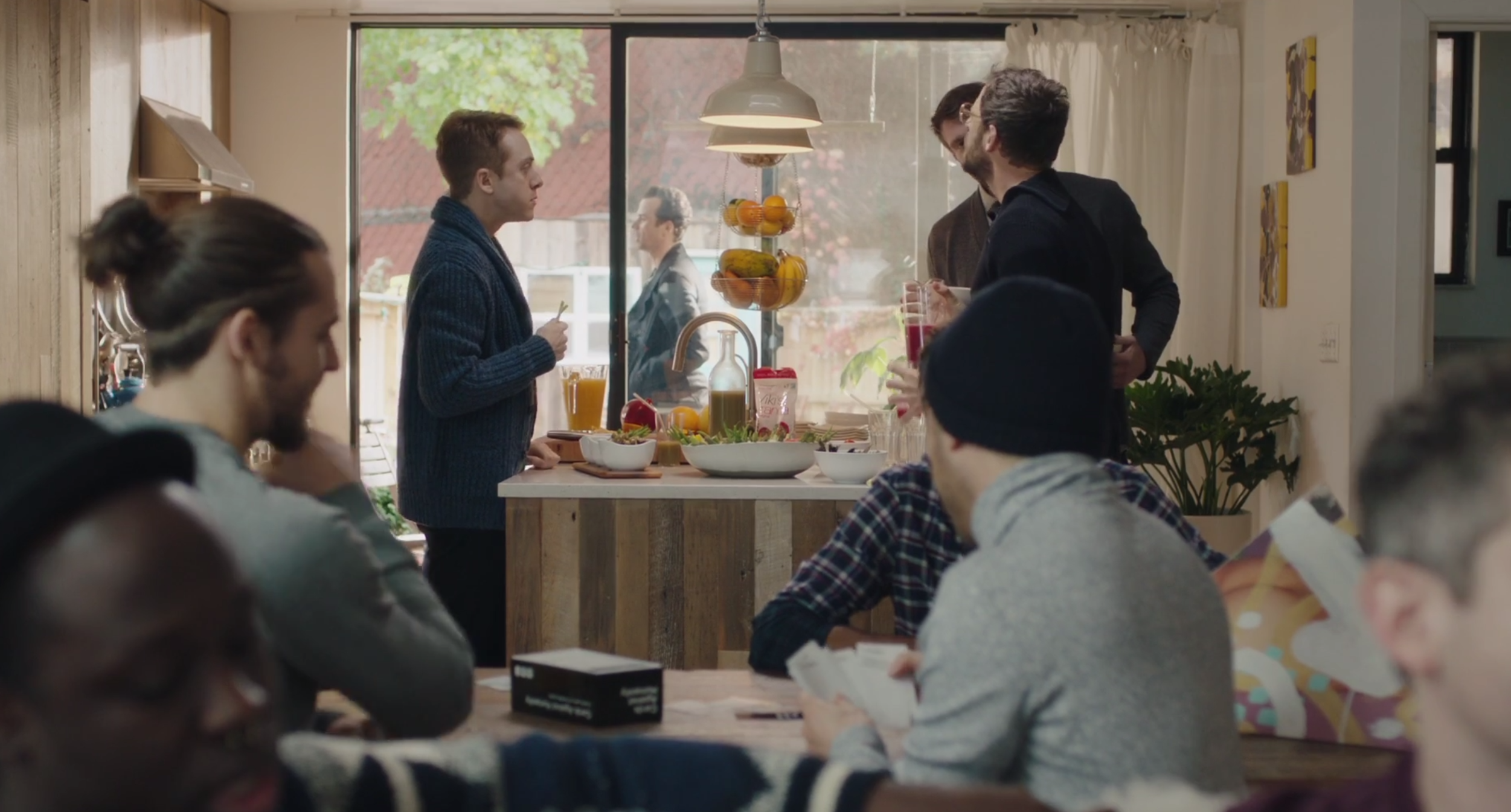 But maybe the most timely apartment in the mix belongs to The Guy's friend Chad, who's taken up residence in a Brooklyn theater, where he sleeps on a futon in the dressing room—the setup sounds eerily similar to the story last week about a guy in Williamsburg who pays $450/month to live in a venue's crawl space. 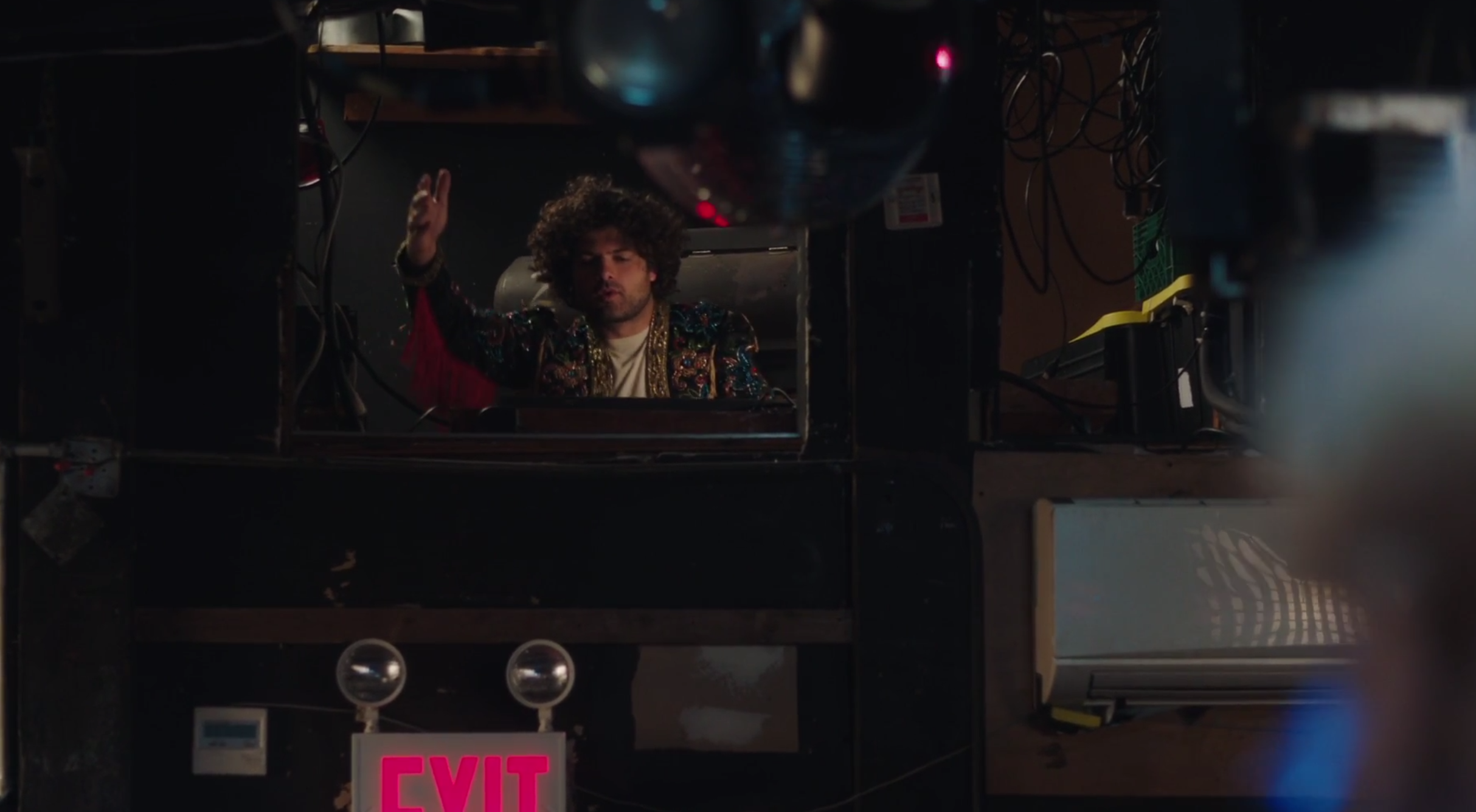 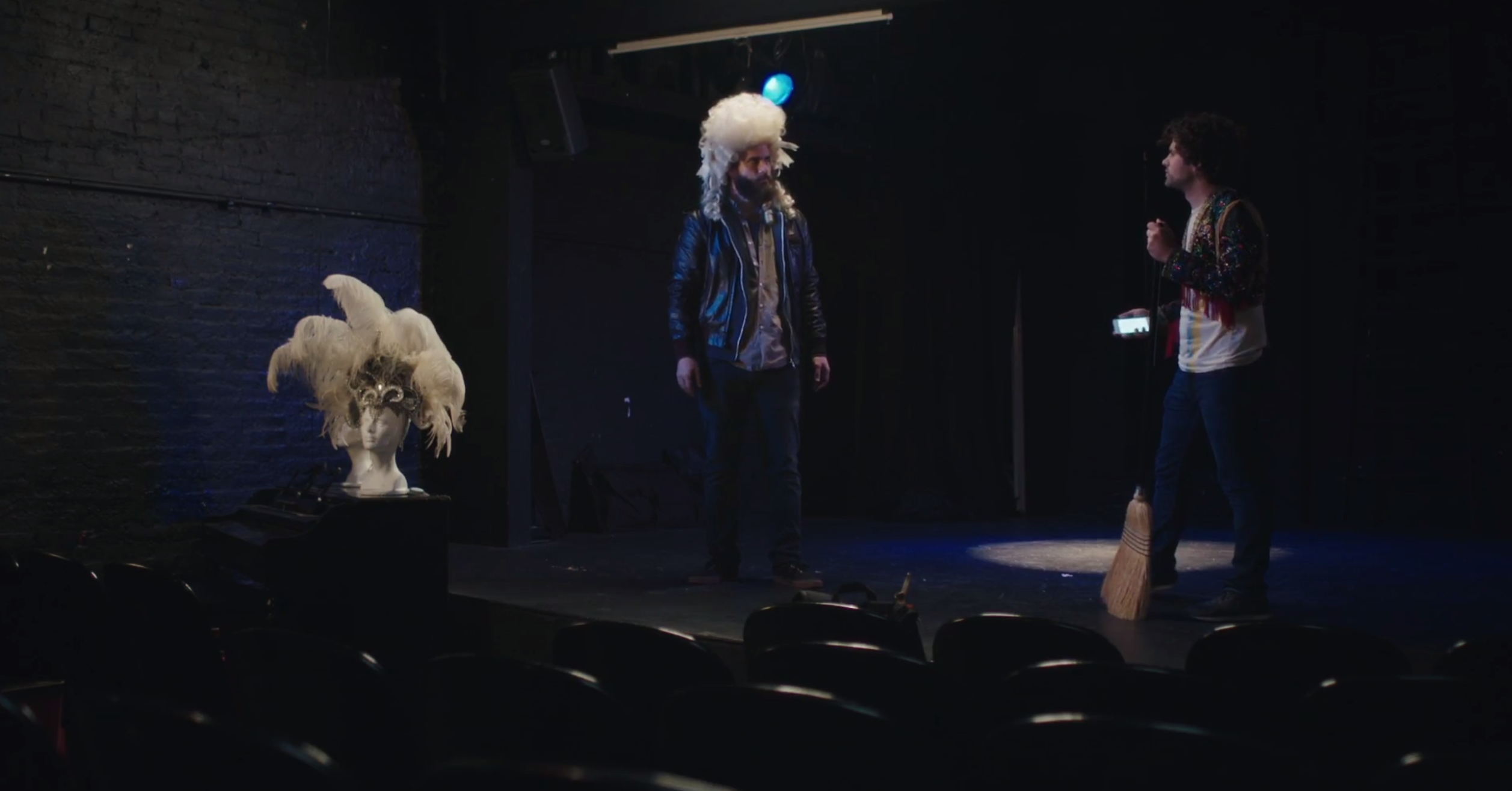 Chad invites The Guy to come by and visit any time ("Door's open, except twice on Saturdays and every night at 7"), but then leaves to shower at The Guy's apartment, since the theater doesn't have one, and he's been bathing at the "cheap gym around the corner." Granted, most of our apartment stiuations aren't quite that dire, but then, what are friends for if not to borrow their bathrooms when things in our apartments go awry?

My neighbor is a pothead—and the co-op board president

What "The Get Down" gets right about 1970s Bronx housing

Reel Estate TV
Brick Underground articles occasionally include the expertise of, or information about, advertising partners when relevant to the story. We will never promote an advertiser's product without making the relationship clear to our readers.
Share:

Fair deal? How I tracked down my stabilized apartment’s rent history

Manhattan co-op and condo sales dropped sharply in the third quarter, dragging prices with them

Waterfront streetcar plan moves ahead, the real story behind the 'Queen of Retail,' & more

A one-bedroom condo in the out-of-the-way Columbia Waterfront District, for $2,800