Skip to main content
RECOMMENDED IN RENT
Moving to NYC after college? Here's how to do it Brick Underground's 2021 guide to co-living spaces in NYC: How to tell the communal disruptors apart The 7 best ways to find a short-term rental while you renovate your NYC apartment NYC apartment leases with major concessions are coming up for renewal. Here's how to negotiate 5 things you should know about renting month to month in NYC
RECOMMENDED IN BUY
How buying real estate in NYC is unlike anywhere else The most expensive neighborhoods in NYC: A buyer's guide for 2021 Buying for the first time in NYC? Be sure to prep your finances first 10 steps to creating a stellar co-op or condo board application
RECOMMENDED IN SELL
A guide to using a no-fee renovation loan from a NYC real estate firm How much does moving to the suburbs cost vs. staying in NYC? What's the best shade of white to paint your NYC apartment if you're trying to sell? Should you sell now or wait? NYC brokers and experts weigh in
RECOMMENDED IN IMPROVE
How to make your NYC renovation more pet-friendly Renovating or adding a kitchen island to your NYC apartment? Here's a checklist The 7 best ways to get your landlord to fix stuff in your apartment Want to use reclaimed materials and appliances for a renovation? Here's what you should know How to deal with flood or water damage in your NYC apartment
Summer Shake-Up

Summer reading: 5 books that take place in steamy NYC (and one of its suburbs)

Let's face it: Summer in NYC is kind of rough. The hot and humid streets are rendered even more so thanks to busloads of tourists, subway platforms feel more like the gateways to hell, and mysterious stenches lurk around every corner. No wonder, then, that these works of fiction include scenes of summer New York City (and beyond) that are less than idyllic. You may want to look elsewhere for a light and breezy beach read--but if you want to connect with an author who commiserates with your summer-in-the-city woes, you've come to the right place. 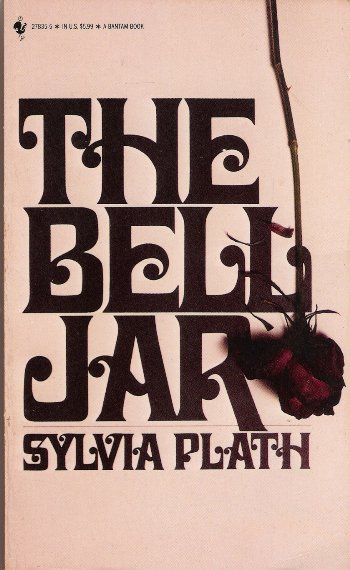 A classic roman à clef: Let's start with some light reading, shall we? Plath's novel, about the intense and intelligent Esther Greenwood, a college student and aspiring writer who moves to New York City in the summer of 1953 to intern for Ladies' Day magazine. Like many young people who arrive in the city seeking to be transformed and to assert themselves in the world, Esther is hungry for experience: "How could I write about life when I'd never had a love affair or a baby or even seen anybody die?" she wonders.

From her first days in NYC, though, Esther struggles to adapt; she feels alienated from many of her fellow interns, who are living at the Amazon Hotel. (The setting is on the Barbizon Hotel for Women, a boardinghouse on the Upper East Side where Plath herself stayed, while intering for Mademoiselle.) Esther's feelings mirror many of Plath's own during her time in NYC, an unease with the chaos of the city that peaks when she is assaulted during a date with a man named Marco.

Upon her return home, Esther plummets into a depression that makes her feel as though she is confined beneath the bell jar of the book's title. She's ultimately hospitalized, and the book's conclusion is ambiguous as to her recovery. It's a dark view of New York, to be sure, as her month in the city has devastating repercussions for Esther's spirit. But Plath's own summer in the city did prove transformative, and its influence on her prose and poetry was far-reaching enough to merit a book about it, called Pain, Parties, and Work: Sylvia Plath in New York, Summer 1953. 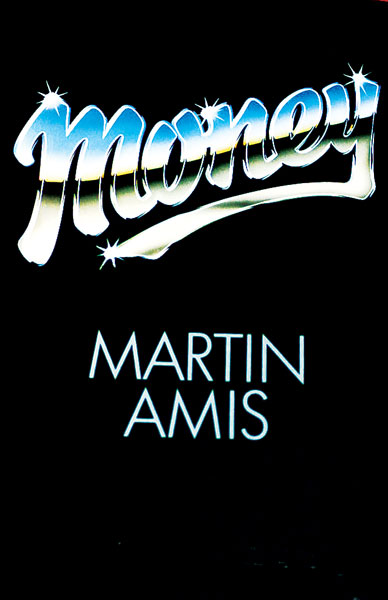 A satire for those fed up with NYC's excesses: Amis' 1984 novel is seen by some as the ultimate skewering of that decade's self-absorption, though it has much to offer the present-day reader who's just about had it with NYC's wealthy classes, too. It's central character, the aptly-named John Self, drinks, eats, snorts, and womanizes heavily, but his most crippling addiction is to money. The book isn't a morality play, though--it's hard not to find Self both hilarious and pitiable, though his grotesque behavior is sometimes so reminiscent of that of certain leaders that the laughter may catch in your throat.

The novel begins with Self, a British commercial director, arriving in NYC in the summer of 1981 to take the helm of a film called Good Money. (One of the stars is named Lorne Guyland.) We follow Self as he jets between New York and London, ostensibly in support of the movie's development, as he abuses actresses, bankrolls his enormous appetites, and undergoes a series of humiliations.

The sentence-level prose is frequently enthralling, plunging readers into the mind of a repulsive man who's nonetheless a master of wordplay. Consider the opening lines: "As my cab pulled off FDR Drive, somewhere in the early Hundreds, a low-slung Tomahawk full of black guys came sharking out of lane and sloped in fast right across our bows."

By the end of the novel, Amis (who also appears as a character in Money) has thoroughly destroyed Self--which some readers might find rather satisfying. 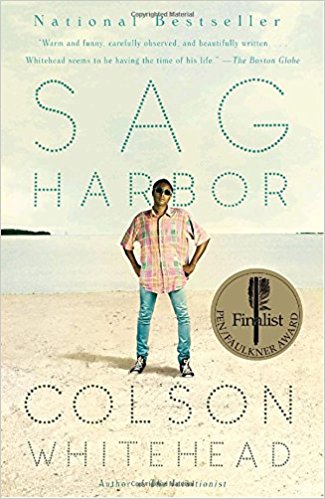 A detour to an NYC suburb: It's the summer of 1985, and 15-year-old Benji and his family have decamped to their summer home in Sag Harbor, one of those Hamptons towns that moneyed New Yorkers flee to the moment the city gets too sweltering. During the year, Benji attends a majority-white school, but within the usually lily-white, luxe beach towns of Long Island, he and his neighbors have carved out an enclave of primarily affluent African-Americans.

In Sag Harbor, Benji is loosed from the rules and restrictions of ordinary life, and the book's plot meanders much in the way teenagers do when granted freedom: They wander around in search of topless beaches and sunbathing girls, work at a neighborhood ice cream parlor, spot celebrities, and engage in a BB gun war.

Occasionally, though, the outside world punctures Benji's idyll--and privilege--with reminders that his race makes him stand apart. In his New York Times review of the book, Touré points out that while life "affords him the time to figure out who he wants to be," Benji is still forced to confront, in the middle of his peaceful summer, a bully who mocks his skin color and a father who reminds him, with violence, that he must always be prepared to fight back. 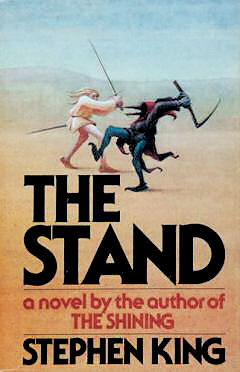 A vision of post-apocalyptic NYC: If you think summer in New York can be rough now, imagine an NYC filled with people in the throes of a deadly plague. Stephen King's other massive horror tome, It, is getting a new movie adaptation soon, but we're partial to the 1,000-plus pages of The Stand, his vision of an America in which over 99 percent of the population has succumbed to a pandemic.

The novel spans numerous locations, from Maine to Las Vegas, and one of its many subplots traces the journey of Larry Underwood, a musician from NYC who turns out to be one of the outbreak's few survivors. By the time the proverbial smoke has cleared, Larry has found another New Yorker lucky (?) enough to be immune to the disease, and together, they decide they have to flee a city now filled with the bodies of plague victims in the midst of summer. Their escape includes a harrowing journey through the Lincoln Tunnel that will make you grateful that you only have to deal with ordinary traffic.

This is only the beginning of the trials for the plague's survivors, but The Stand's NYC sections may make for a good read when you need to take stock and remember that life in the city could always be way, way more difficult. 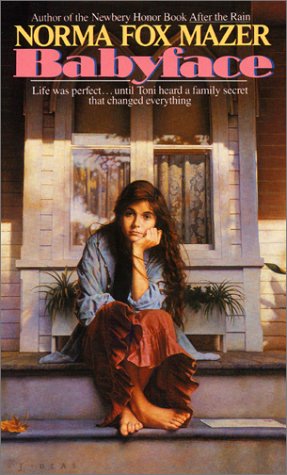 A dose of YA realism: Children of the 1990s know that YA books weren't always about teenagers murdering each other in dystopian landscapes; in fact, they used to be thoughtful, nuanced explorations of the pains and pleasures of coming of age. In Norma Fox Mazer's Babyface, protagonist Toni, 14, has a pretty easy-going suburban life; her worst problem is her best friend moving to California.

But then her father has a heart attack, and while he recuperates, Toni is shipped off to stay with her snippy, emotionally remote older sister Martine, who lives in New York City. There, Martine discloses to her a secret about their parents that upends Toni's perception of her family--though even this turns out to be fairly mild, compared to what adults get up to in books like The Hunger Games.

This section of the book also includes refreshingly realistic depictions of a stiflingly hot NYC summer, and of the typical apartment of a young person trying to make it there. Consider this a true beach read that could make for a good palate cleanser after heavier fare like The Bell Jar or The Stand.

Improve Summer must-reads: 5 novels and memoirs where NYC and its apartments are characters
Improve Summer reading for city kids: 5 children's books that celebrate NYC and New Yorkers
Beach Serious beach reads: 5 New York-centric books to pack on your next vacation
Brick Underground articles occasionally include the expertise of, or information about, advertising partners when relevant to the story. We will never promote an advertiser's product without making the relationship clear to our readers.
topics:
books summer Summer Shake-Up
SHARE
TWEET
BRICK’S PICKS