HBO's "Crashing" might be a dud, but they get the real estate exactly right

If you've been concerned that there just aren't enough semi-autobiographical TV shows starring white male comedians, well, Judd Apatow has you covered. On HBO's new offering Crashing, comedian Pete Holmes stars as a struggling would-be comedian who, after finding his wife in bed with another man, moves out of their small suburban home and spends each episode crashing on the couch of a different, more well-known comedian. (Apatow is a producer on the show.)

As you'd expect based on the premise, this means you get a peek inside a different apartment each episode. Based on the first two episodes, the show is notably short on laughs, but has a sharp eye for how people in New York actually live. At the beginning of the series, Pete lives with his wife Jess (Lauren Lapkus), who pays their bills while he half-assedly pursues a career in standup. Shockingly, she turns out not to be satisfied with the marriage, and Pete walks in on her trysting with another man.

But before that happens, we get a look at their modest house (also pictured above), in a generic, unnamed upstate town, which looks about right given that only one half of the couple is pulling their financial weight: 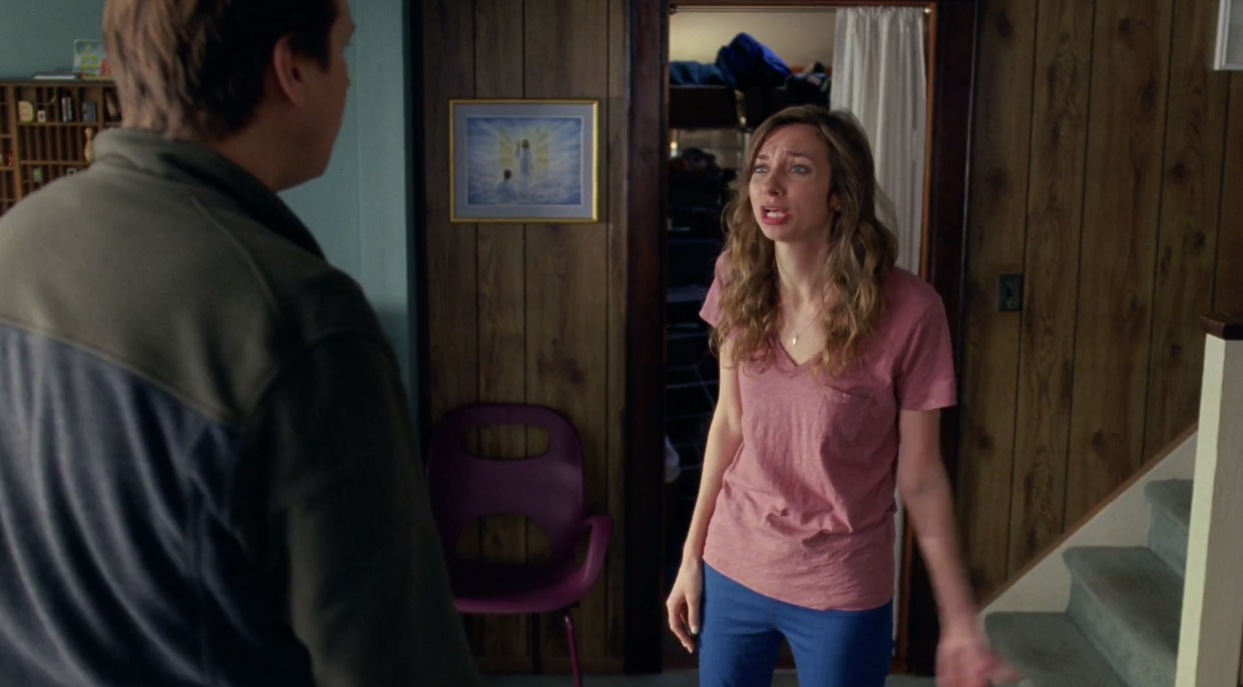 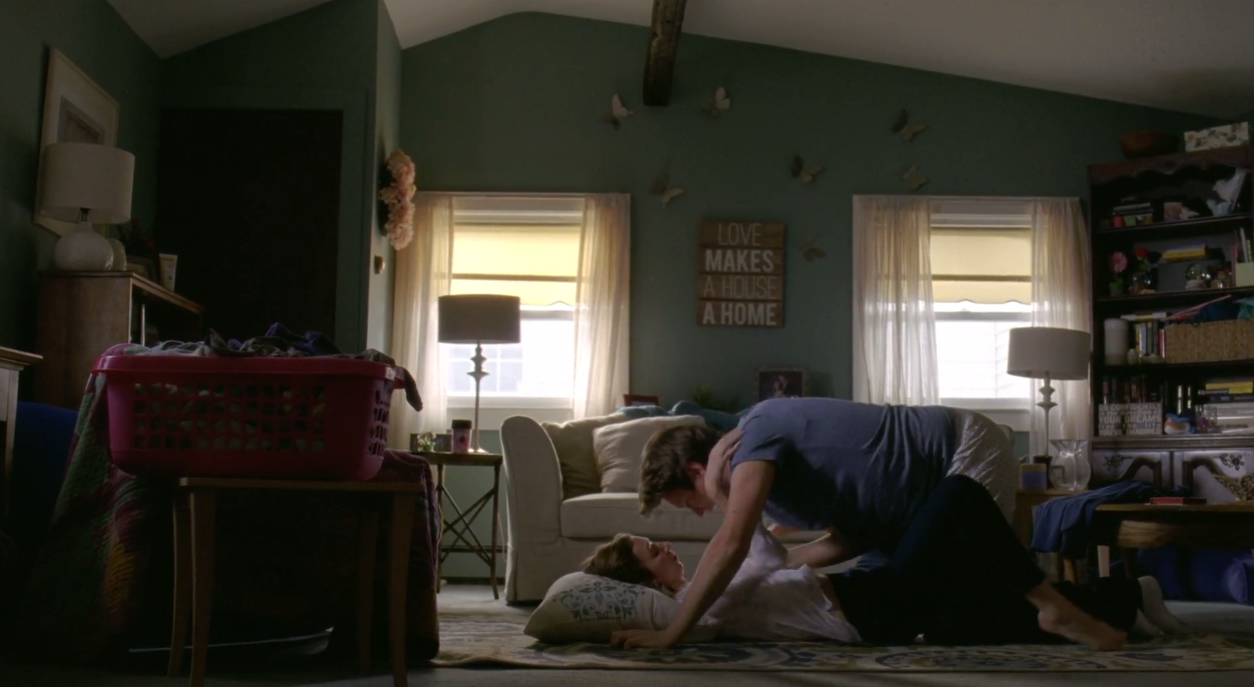 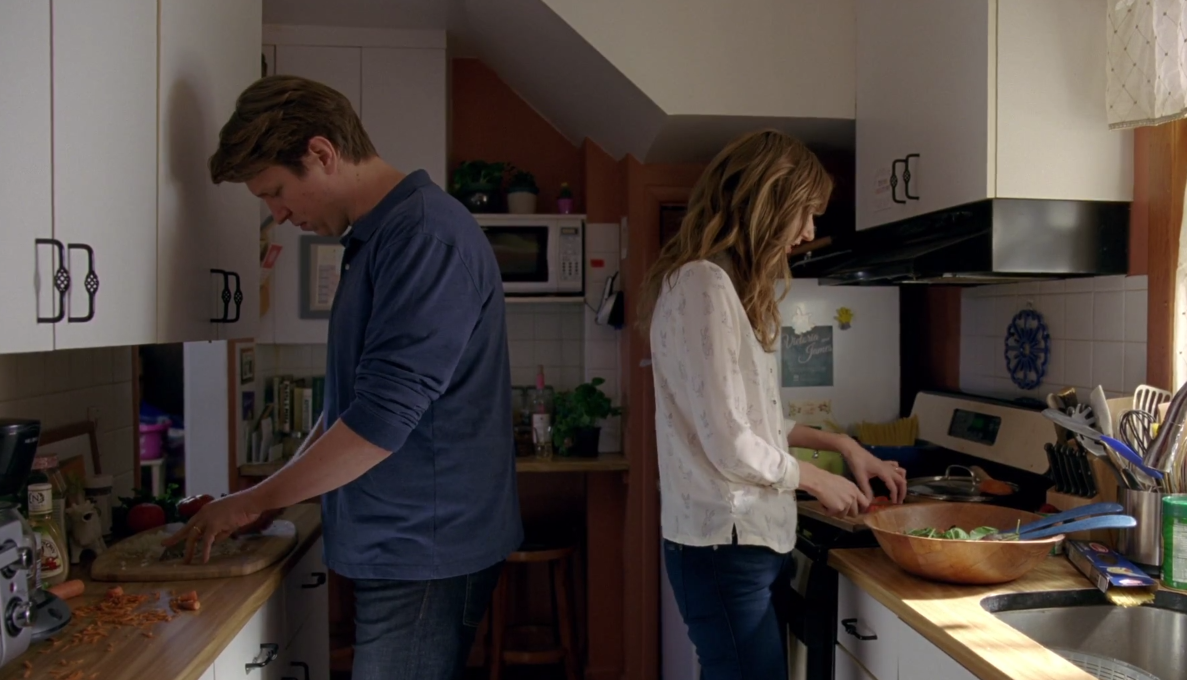 There aren't a lot of details about the actual town, other than the fact that at one point we see Pete getting off the train on his way back in from the city: 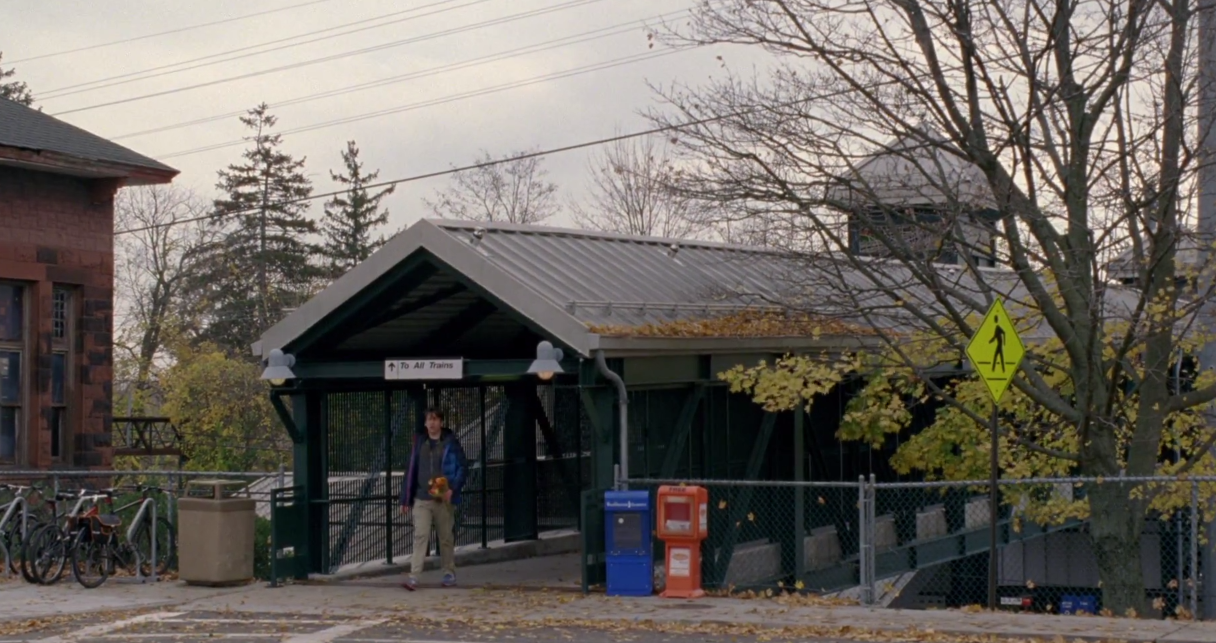 After a disastrous comedy set in the city, Pete befriends comedian Artie Lange (playing himself), who eventually lets Pete spend the night in his apartment. We don't find out where it is—the lack of real estate detail is frankly annoying, by the way—but it looks like one of those big, prewar rent-stabilized buildings you'd find in south Brooklyn or Upper Manhattan—big entranceway, poorly-maintained hallways, and all. (Plus, rent-stabilization status would explain how a no-longer-successful comedian could afford a large one-bedroom to himself, though the show never addresses this.) The bathroom in particular is realistically dingy and tiny, complete with the standard issue crappy showerhead: 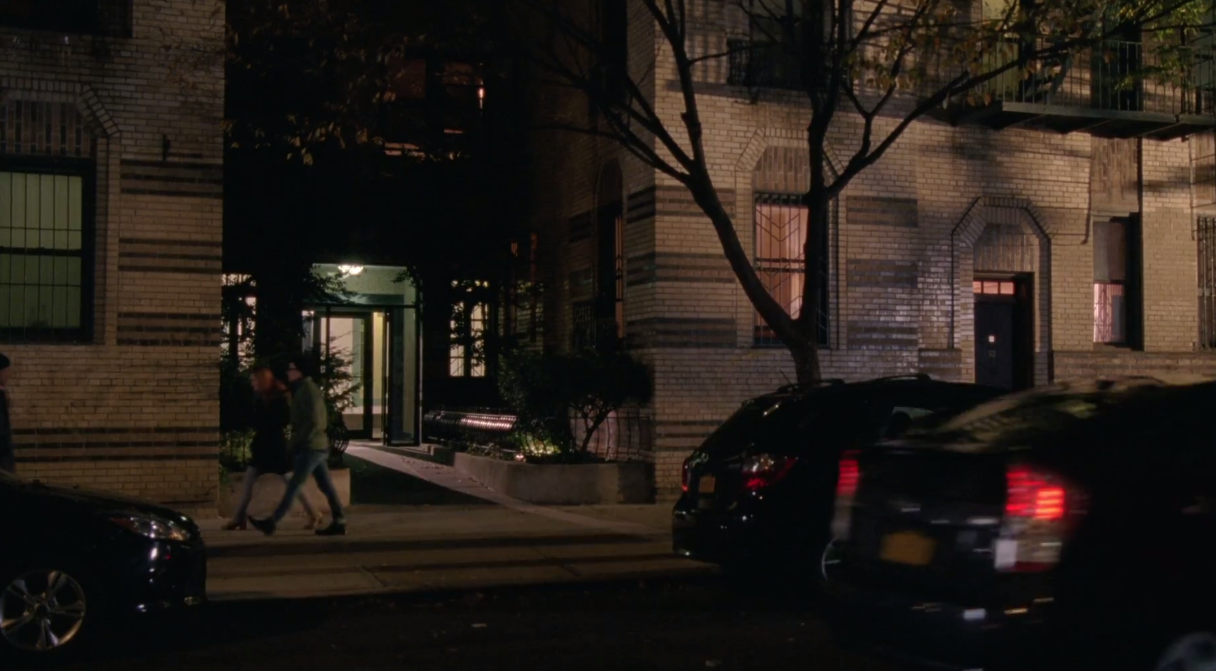 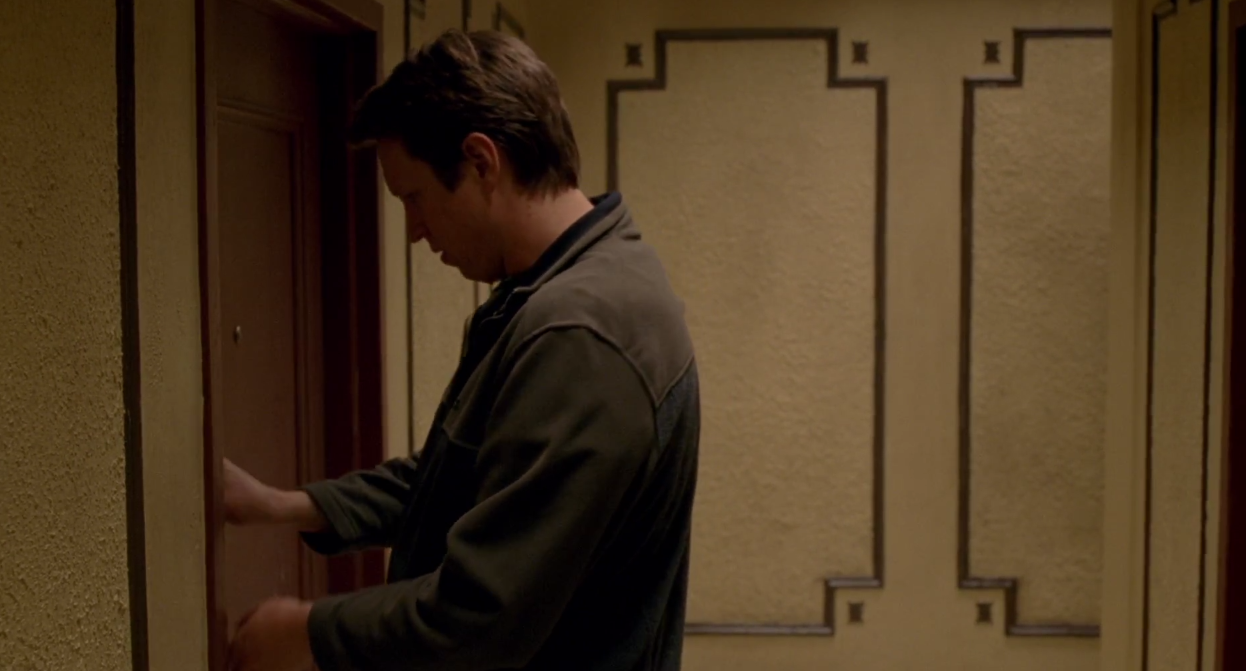 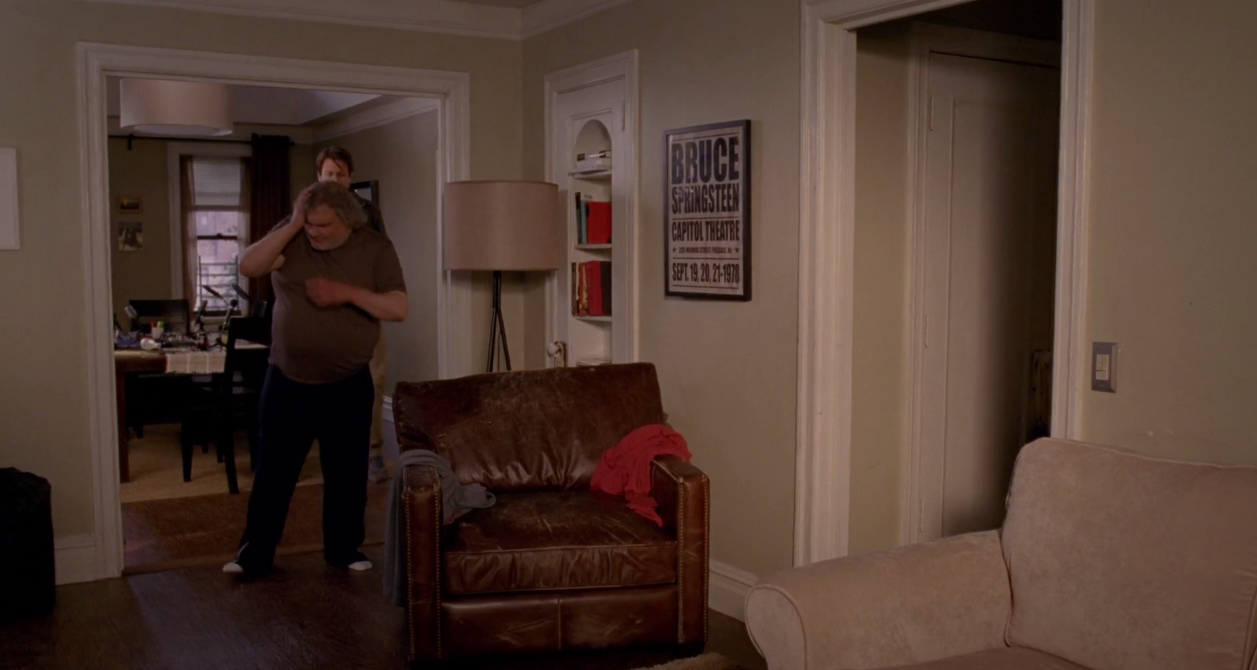 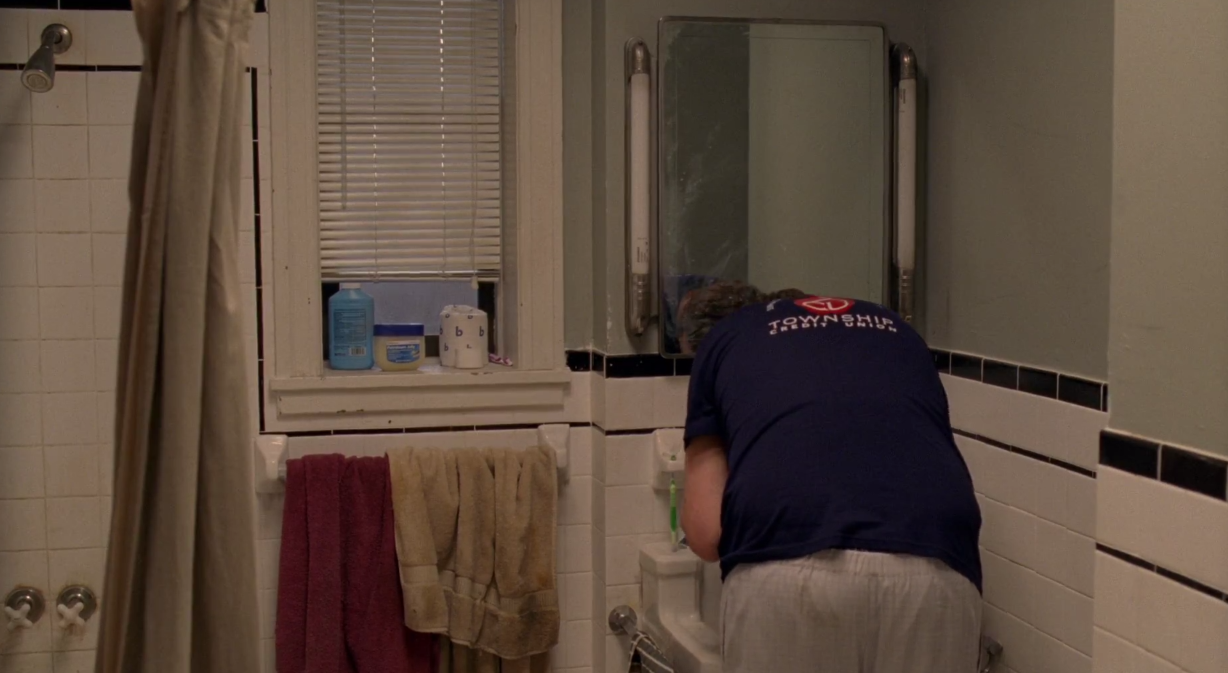 The only pointedly unrealistic moment is when Artie shows up to the door and nearly attacks Pete with a baseball bat, chastising for knocking instead of buzzing. ("Everyone buzzes!" he says, though we've been known to knock on friend's apartment doors without being physically assaulted.)

Well, that, and the fact that any New York comedian would let a wannabe standup (and virtual stranger) stay in their apartment for any length of time.

In any case, we wouldn't really recommend the show to any viewers who are on the fence, but credit where it's due: The writers and producers clearly know their way around the world of ultra-budget New York real estate.

"The Money Pit" will make you reconsider that quaint fixer-upper

"Colin Quinn: The New York Story" gets a lot of things right about city living

Reel Estate suburbs TV
Brick Underground articles occasionally include the expertise of, or information about, advertising partners when relevant to the story. We will never promote an advertiser's product without making the relationship clear to our readers.
Share:

Brick Underground’s Gross Rent Calculator: How to figure out the rent you’ll actually owe each month

I live above a NYC subway station—it’s noisy and hectic, but I have no plans to leave