A view of New Brighton, on Staten Island's North Shore in 1857.

The biggest island in the harbor has changed a lot since Giovanni da Verrazzano (yes, that’s two Zs!) sailed into the Narrows, “discovered” it, then headed north after little more than a wave to the natives. Since then, a Revolutionary War battle was fought there, its oysters became the world’s favorite, the movie industry’s first Westerns were committed to film there, four bridges were built to connect it to Long Island and the mainland, and the world’s largest garbage dump has come and gone.

But you knew all that, right? Whether you did or didn’t, here are a few secrets you probably don’t know about the place Henry Hudson named "Staaten Eylandt.”

The Island is split by the Staten Island Expressway (that’s Interstate 278 between the Verrazano-Narrows and Goethals bridges) into the densely settled older neighborhoods of the North Shore and the post-1964 boomtowns of the Island’s once-bucolic South Shore. In this article we will focus on the North.

For years, water has bubbled up from beneath the ground between Ontario Avenue and Logan Street. No one knows where it comes from, but people have drunk from it for years, gulping from it after playing ball at nearby Clove Lakes Park, or filling up bottles and bottles and taking them home. This doesn’t sit well with the owners of the private land around the spring, so it's now fenced off.

The Arthur Kill Vertical Lift Bridge carries trains onto and off of the western side of Staten Island, and raises for ships to pass.

But it doesn’t get used by cars. The Arthur Kill Lift Bridge, the world’s longest drawbridge for trains, was opened in 1959 to connect the Island's now-defunct North Shore Rail line to New Jersey. It hides in plain sight next to the Goethals Bridge.

The lift bridge was out of use from the early 1990s until the late aughts, when it was refurbished for two reasons: so the Howland Hook Marine Terminal could ship by rail, and to get garbage off the Island by train.

The Staten Island Railway runs the length of the east side of the Island, and is free up to the last two stops near the ferry.

There used to be more ways to travel by train

The Staten Island Railway, the Island's answer to the Toonerville Trolley, still runs from St. George to the South Shore’s Tottenville, but there was a time when three lines terminated at the ferry. The North Shore line once received Queen Elizabeth from Washington, D.C. in a special car, and the South Beach line took revelers to Happyland, an amusement park on the water that rivaled Coney Island.

The New York Metropolitans in 1882, four years before the short-lived team moved to Staten Island.

No, not those Mets. In 1886, Staten Island developer Erastus Wiman thought baseball would get people to use his ferry from Manhattan, so he built the Staten Island Grounds near the spot where Richmond County Bank Ballpark—home of the minor league Staten Island Yankees—stands today. The early Mets only lasted two years on the Island, racking up a 97–171 record, which was a bit better than the 1962–63 Mets squads.

The NFL had a team here

The Staten Island Stapes, short for “Stapletons,” had a heated rivalry with the New York Giants between 1929 and 1933, playing at Thompson Stadium in, you guessed it, Stapleton. Hall of Famer Ken Strong got his start with the team before moving to the Giants, and there’s still a bar named for the team’s owner Danny Blaine on Bay Street in Rosebank. The burgers are great, and it has a screen door.

Citi Field isn’t the first stadium in the city named for a brand. Legend has it that when promoter Gabe Rispoli needed money to fix up his racetrack in Port Richmond, he promised his friends at the Weissglass Dairy that in return for the 700 bucks he needed, he’d name the park for the company. Weissglass Stadium was born in 1953 and survived to 1972, hosting stock car races and demolition derbies, with Weissglass paying $1,200 a year in naming rights.

The Howland Hook Marine Terminal, right, is the busiest in New York City, though it's eclipsed in activity by the nearby facilities in Elizabeth and Newark, New Jersey.

There is still a working waterfront

The city laments the death of jobs on the docks, but Staten Island still has them. The Howland Hook Marine Terminal, also known as the New York Container Port, or the Global Container Terminals New York, is the city’s busiest port. It is located just beneath the Goethals Bridge.

Then there’s the Caddell Dry Dock, repairing ships along the Kill Van Kull since 1903. Tugboats have berths on two docks along the North Shore. Oh, and there’s that big old ferry.

There is a National Lighthouse Museum

Why, you ask? Because Staten Island was once home to the the Federal Lighthouse Depot, where all things lighthouses were built and stored, located right next to the St. George Terminal. There are still some caves in the area that were once used to store the oil that fueled the lights. The area will soon be home to a hotel, condos, shops, and restaurants. 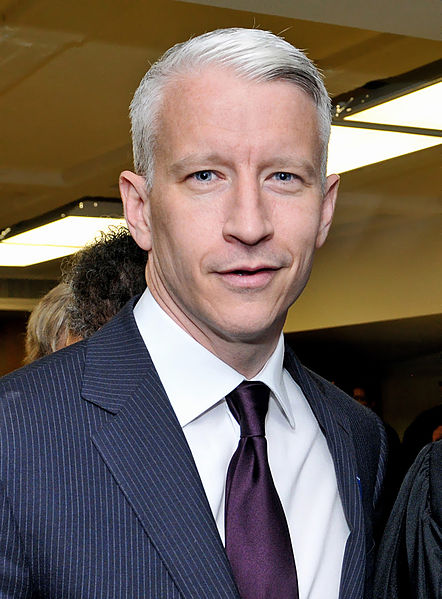 His great-great-great-grandfather was Staten Island-born Cornelius Vanderbilt, one of the richest men in American history, whose first job was carrying passengers and freight between the Island and Manhattan. He’s buried in Moravian Cemetery.

An 1879 view of the hospital on Swinburne Island that was built following the torching of Quarantine Hospital.

A mob once burned down a hospital, and no one got in trouble

The Quarantine Hospital was a walled facility in Tompkinsville that took in diseased immigrants. Problem was, walls didn’t stop germs, and when residents living nearby started to get yellow fever, things got ugly. Ten years of demands the state close the hospital fell on deaf ears, so over two nights in 1858 mobs torched the place. Cops and firemen looked the other way, and no deaths resulted directly from the fires. A hospital-hating judge acquitted the ringleaders, whose lawyer argued that they acted in self-defense. To address the unrest, the city built—yes, built—two islands off Staten Island’s shore (Hoffman and Swinburne islands) where a new hospital and holding area were built.

The Lighthouse Museum is hosting a talk on the aftermath of the burning of the Quarantine this Sunday at 3 p.m. For more information click here.

He grew up in Bayonne, New Jersey, across a once-beautiful bridge that has since be “lifted” and now looks really weird, and his young mind created a place across the Kill Van Kull known to readers of Game of Thrones as Westeros. It's true! You can look it up.

13 things to love, and hate, about living on Staten Island

Neighborhood Secrets
Brick Underground articles occasionally include the expertise of, or information about, advertising partners when relevant to the story. We will never promote an advertiser's product without making the relationship clear to our readers.
Share:

Moving to NYC after college? Here's how to do it

How NYC sellers can adapt to the new normal: Brick Underground's best advice

What you can afford to compromise on when renovating your brownstone