Photos: See the dramatic transformation of the Meatpacking District since the 1990s

Washington and West 14th Street circa 1990. All images courtesy of the Greenwich Village Society for Historic Preservation.

We have a weakness for vintage New York photos (who doesn't?), in part to scratch a nostalgic itch and also to remind ourselves of how drastically the city has changed over the past few decades.

One particularly striking example: vintage 1990s photos of the Meatpacking District, long before the advent of the High Line, the Apple Store, and countless high-priced boutiques. As part of a series of recent additions to their online historic image archive, the Greenwich Village Society for Historic Preservation has added a new collection of photos taken in the Far West Village and Ganesvoort Market.

To say the difference is dramatic would be putting it gently.

"Even for someone who lived through those times, you almost forget how much these areas have changed," says GVSHP Executive Director Andrew Berman. "I knew the Meatpacking District before it became what it is today, but looking at these images and remembering that the Hugo Boss store used to be a fruit and vegetable market with a handwritten sign, it's very dramatic to see."

"The Diane Von Furstenberg building is particularly dramatic, it's such a striking building," Berman adds. "It was also powerful to be reminded of the Nebraska meat plant, which was where the Standard Hotel now is." 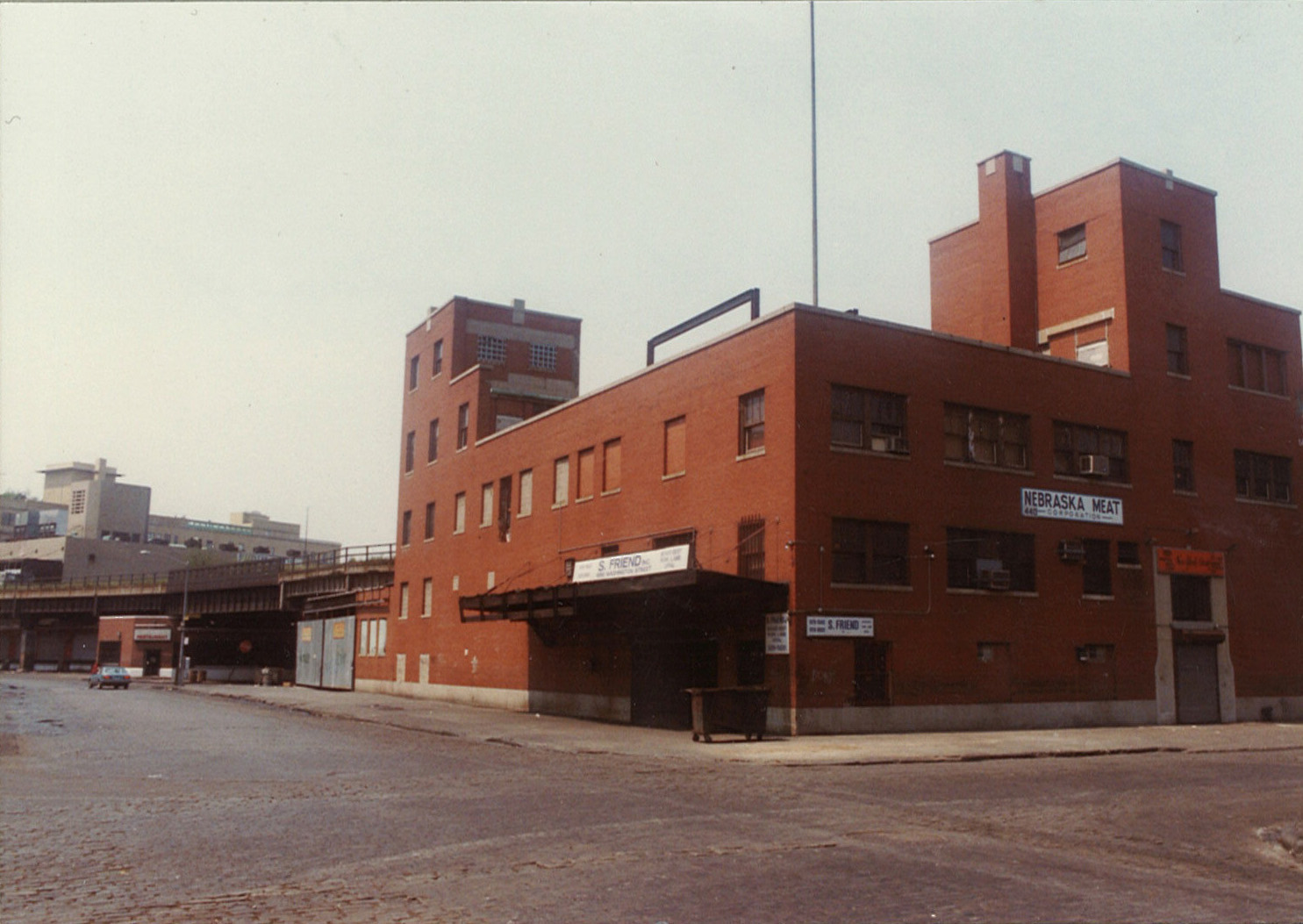 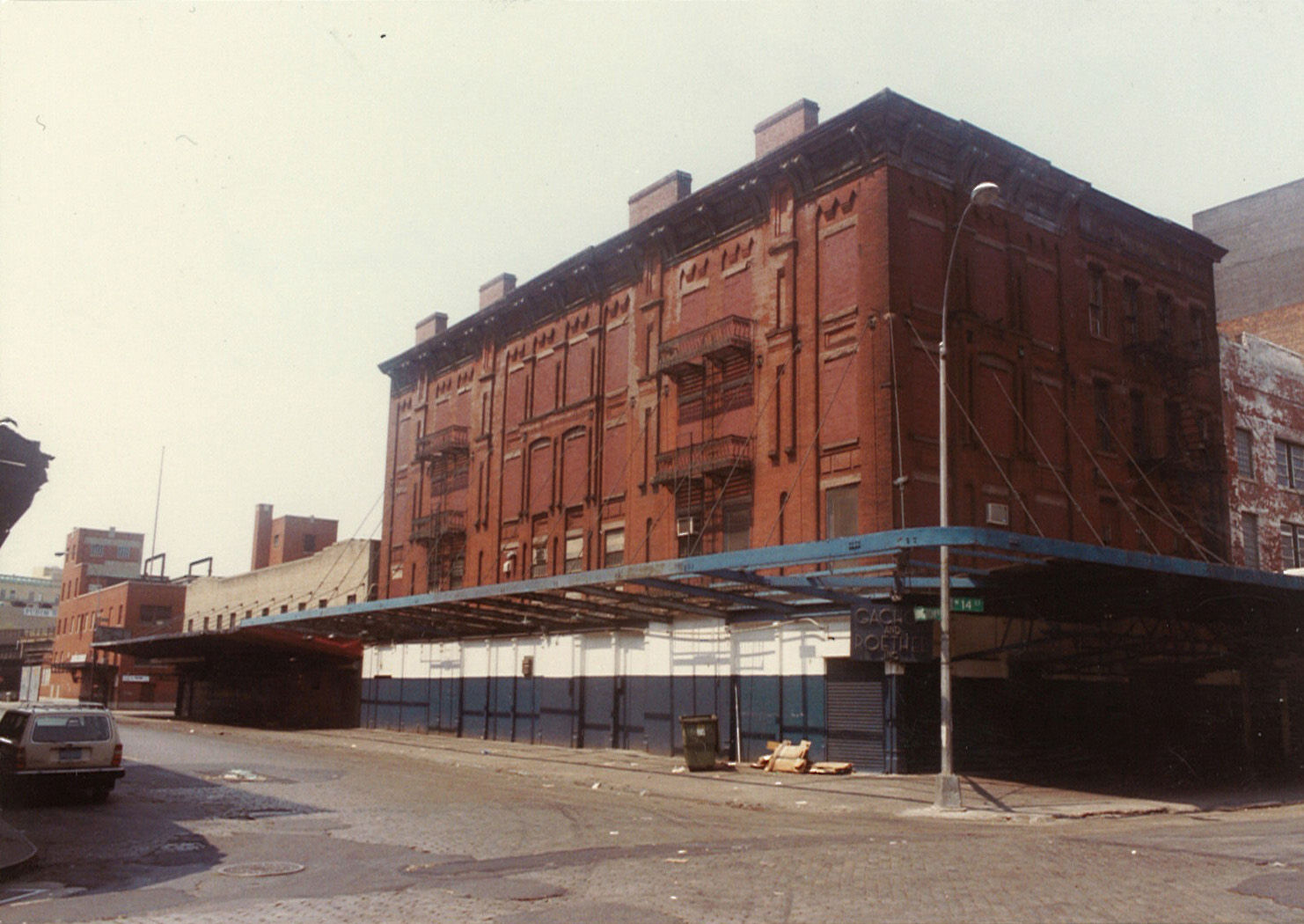 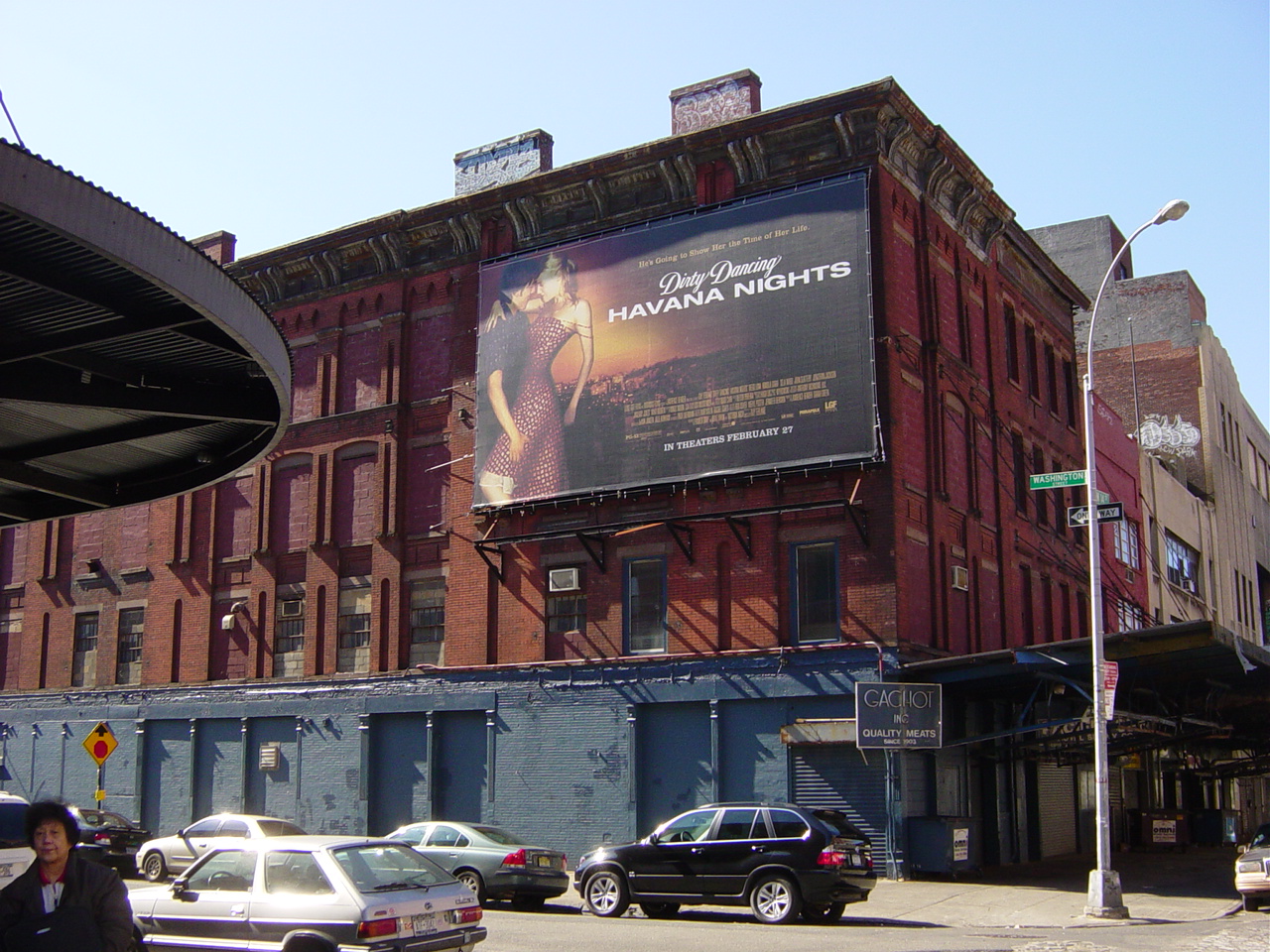 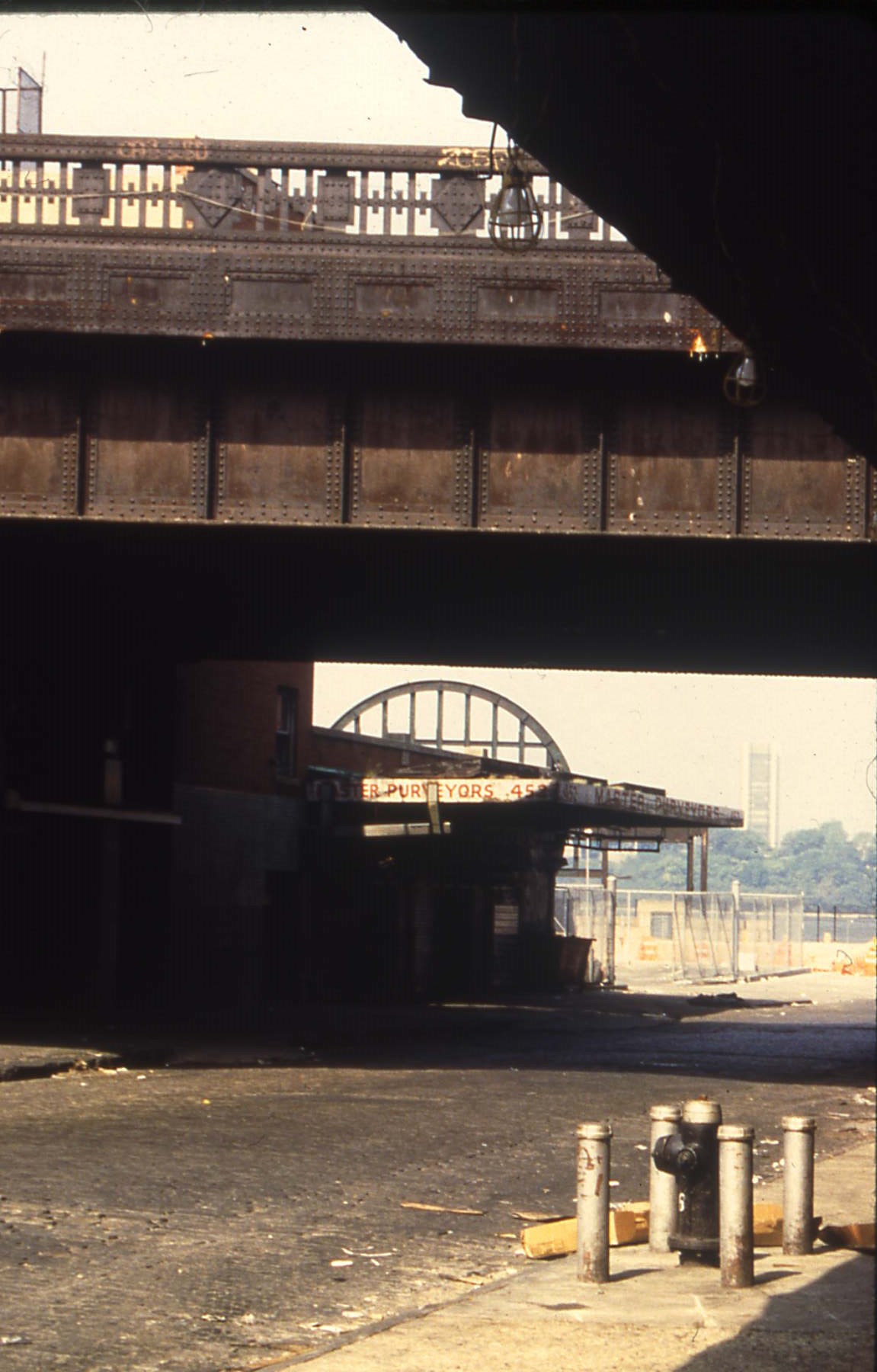 (From Top to Bottom: Nebraska Meats at 848 Washington Street circa 2000; 440 West 14th Street, current site of Diane Von Furstenberg Store, circa 1995 and 2003; West 13th Street looking to Pier 54 Circa 1990. All images courtesy of the Greenwich Village Society for Historic Preservation.)

The images are largely a mix of photos taken over the years by the GVSHP, as well as contributions from the public. "A lot of the Far West Village and Meatpacking photos we took ourselves for record-keeping, and didn't necessarily think of as historic photos," says Berman. "With the passage of time and so much change that's taken place, though, they've become these historic documents, because they show how what's there now is so different from what was there before." 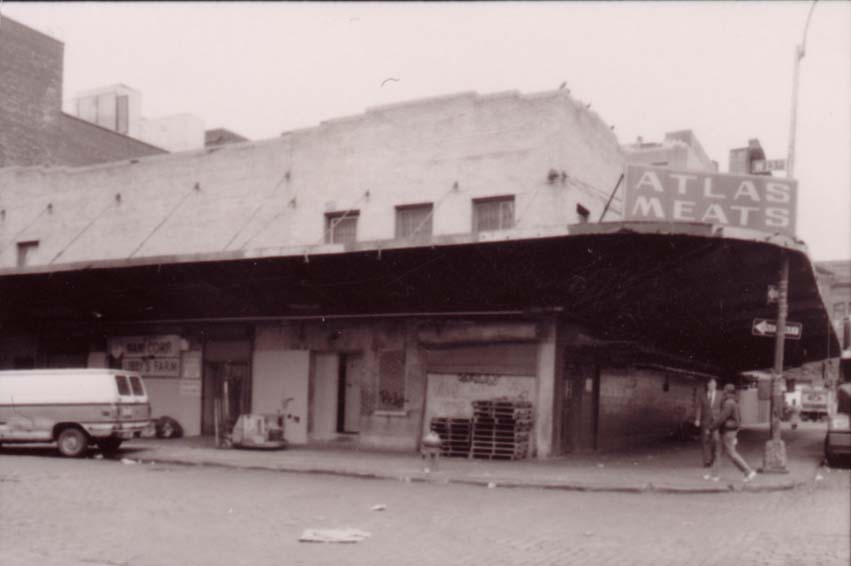 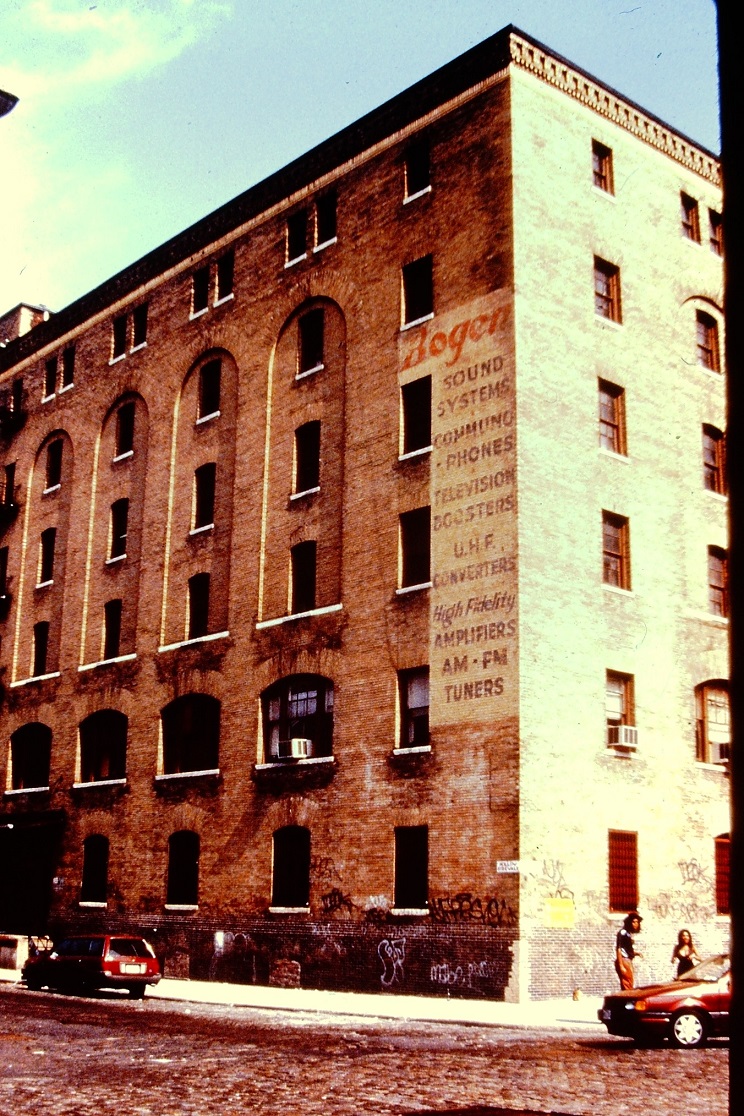 (Top to Bottom: 437 West 14th Street circa 1990; South Side of 29-35 Ninth Ave circa 1995. Images courtesy of the Greenwich Village Society for Historic Preservation.)

Currently, the GVSHP is working on scanning and identifying the locations for a cache of photos from around the East Village and Noho in the 1970s and 1980s. In the meantime, new collections to the archive include the Veselka collection and the Cooper Square/Old Postcard collection, showing two very different aspects of downtown history.

You can also toggle through the photos using the interactive map, embedded below. Consider it a historic city walking tour you can take from the comfort of your couch:

history photography
Brick Underground articles occasionally include the expertise of, or information about, advertising partners when relevant to the story. We will never promote an advertiser's product without making the relationship clear to our readers.
Share:

How much are pet fees in NYC rentals? Do I have to pay 'pet rent'?

Just moved to NYC? How to make a city of 8 million people feel like home

Got a tiny, unused space in your NYC building's basement ? Here are 8 things you can do with it

With layoffs soaring, calls increase for a NYC rent freeze

A spacious one bedroom in the West Village for $1,595,000, no board approval required