A sunlit two bedroom with exposed brick in Chinatown, for $3,000

The rent is less than the median for comparable apartments in the neighborhood.

An exposed brick wall is a quintessential New York feature in lots of older buildings here. While it's more visually interesting than the cookie-cutter white walls found in many new buildings, a brick wall can also make a space feel dark and cave-like,  becoming too much of a good thing.

But that’s not the case with 15 Essex St., #14, a bright, two-bedroom, one-bath apartment in Chinatown with an exposed brick wall. Listed for $3,000, it’s about $200 less than the median asking rent for two bedrooms in the neighborhood and in nearby Little Italy and the Lower East Side, according to StreetEasy. It's not clear what floor the apartment is on, but this building, like many in Chinatown, is a walk-up, so that's something to keep in mind.

The apartment, which has hardwood floors, high ceilings, crown moldings and brick in various shades would be ideal for roommates (who don’t mind sharing a bath, of course) because the bedrooms are on opposite ends of the apartment, but the layout would work for just about anyone.

The living room, seen in the top photo, is bright thanks to a large window and the light streaming through the French doors of one of the bedrooms.

Furniture layout could be tricky because of an odd wall angle, and because the kitchen is against the wall opposite the window. The kitchen doesn’t appear to have a lot of counter space or cabinets, but there is a full-size stainless steel stove and fridge. 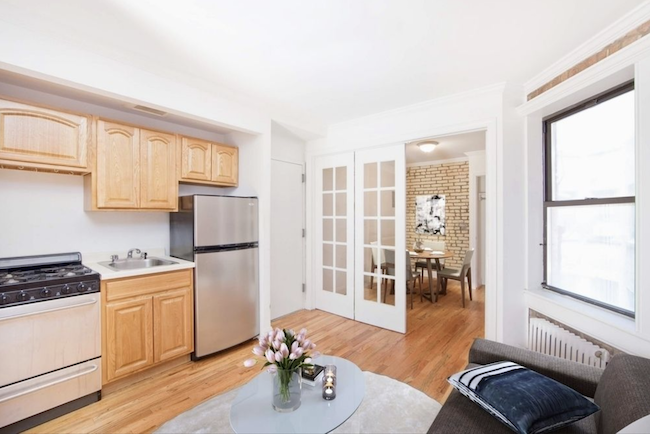 There's space for a dining table through French doors just beyond the living room.

According to the listing, both bedrooms are queen-sized and have closets. One has two big windows; one that appears to look out over Essex Street and Seward Park, while the other gives a view of a brick wall. The second bedroom has a big window and a small built-in closet in the corner. 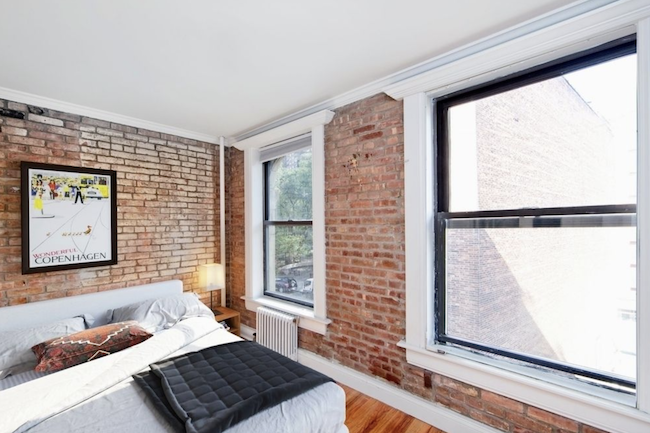 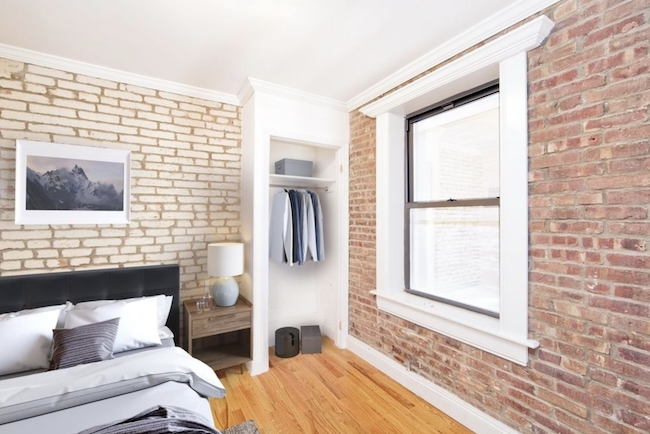 The all-white bath is nothing spectacular, but it looks to be good condition. 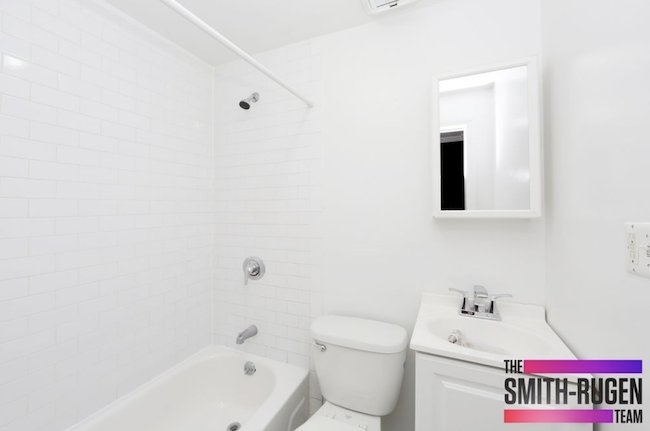 Though not pictured, the listing says the apartment has an in-unit washer and dryer, which is helpful for a walk-up building.

Right across the street from 15 Essex St. is Seward Park, which opened in 1903 and was the country’s first permanent, municipally built playground.

The apartment is just up the street from Mission Chinese Food and in close proximity to lots of other bars and restaurants, including Meow Parlour, the city’s first cat café.

The F is less than a block away on East Broadway, and B and D trains are seven minutes away on Grand Street.

Renting in NYC after college? 6 ways your apartment hunt will probably shock you

Chinatown: The insider's guide to living there

brick Chinatown Rental pick of the week rentals renters walk-up
Brick Underground articles occasionally include the expertise of, or information about, advertising partners when relevant to the story. We will never promote an advertiser's product without making the relationship clear to our readers.
Share:

There's mold in the ceiling of a co-op apartment. Does the building or the shareholder file an insurance claim?