A Greenpoint two bedroom, two bath, with a tricky Manhattan commute, for $3,000

The rent is above the median for the neighborhood.

The Brooklyn neighborhood of Greenpoint, the longtime home to one of the U.S.'s largest Polish populations, also draws creatives and young professionals, but not in the same way that neighboring Williamsburg does.

The area is mainly served by one subway, the G, which doesn't go into Manhattan. (Greenpoint's Manhattan-bound commuters take the G to the 7 or L lines, and then likely another train. The ferry is also an route.) The limited transportation options have kept developers at bay, preserving some old world charm, but that appears to be changing. You can find new development going up in the area, especially along its waterfront where the Greenpoint Landing mega-project is underway. The development will eventually have about 5,500 apartments, 1,400 of which will be affordable housing. The development also includes a new public waterfront park.

If you’re not put off by a tricky commute to Manhattan, here’s 642 Humboldt St., #2R, a two bedroom, two bath that rents for $3,000, which is about $200 above the median asking rent for a two bedroom in the neighborhood, according to StreetEasy. The apartment features a spilt layout—and each bedroom has its own bath.

The living room seems small, and furniture placement may be tricky because of the placement of the entry door, a bedroom door, and a small radiator along the wall. But there appears to be a skylight that makes the room nice and bright. 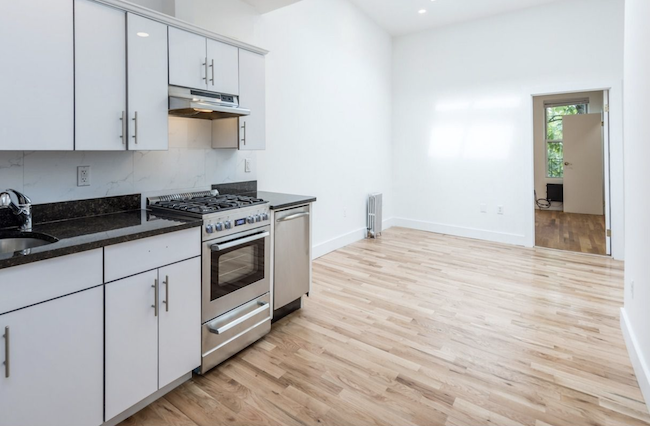 The kitchen, which is also seen in the main photo above, has full-size stainless steel appliances, including a dishwasher, as well as some counter space and several cabinets that have space for storage above. A small table could fit along the wall opposite the appliances. 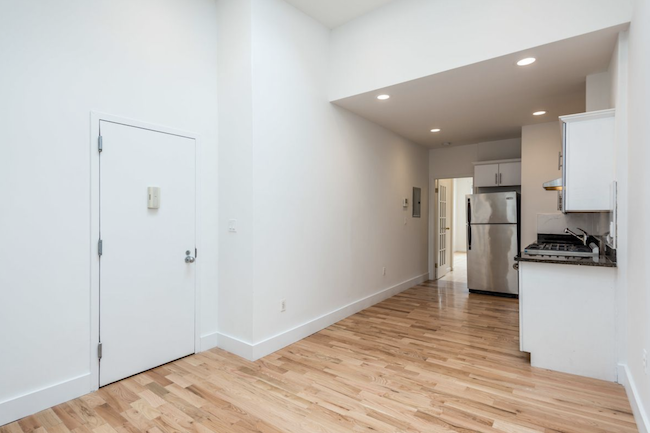 Both bedrooms seem to be a nice size, with room for a queen-sized bed and other furniture. The one seen below is off the kitchen and has two windows and two closets, one with a storage cubby above. Its bath is just inside the door. 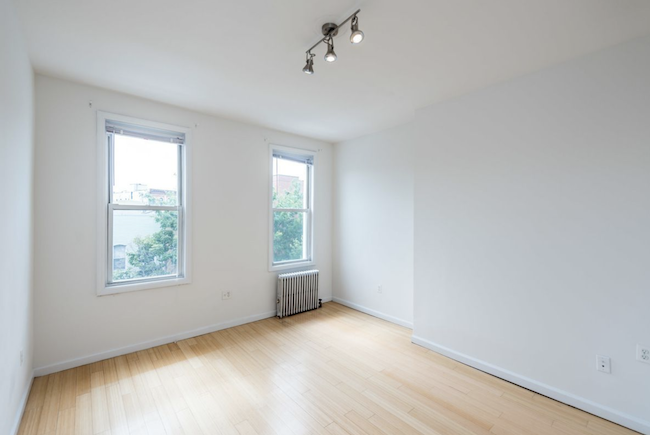 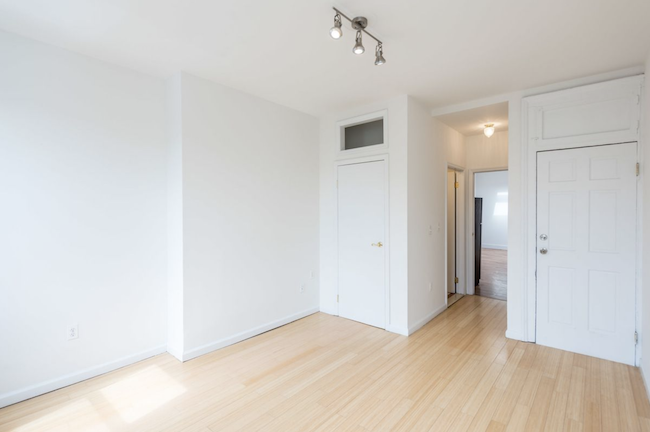 The other bedroom is right off of the living room and also has two windows. According to the second picture below, the bath seems to be through the open door by the window. 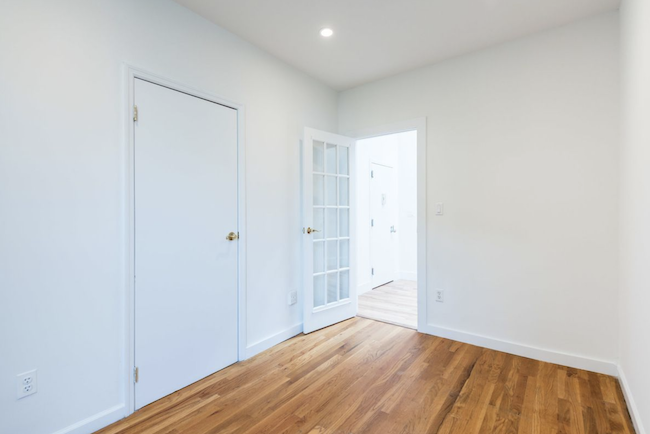 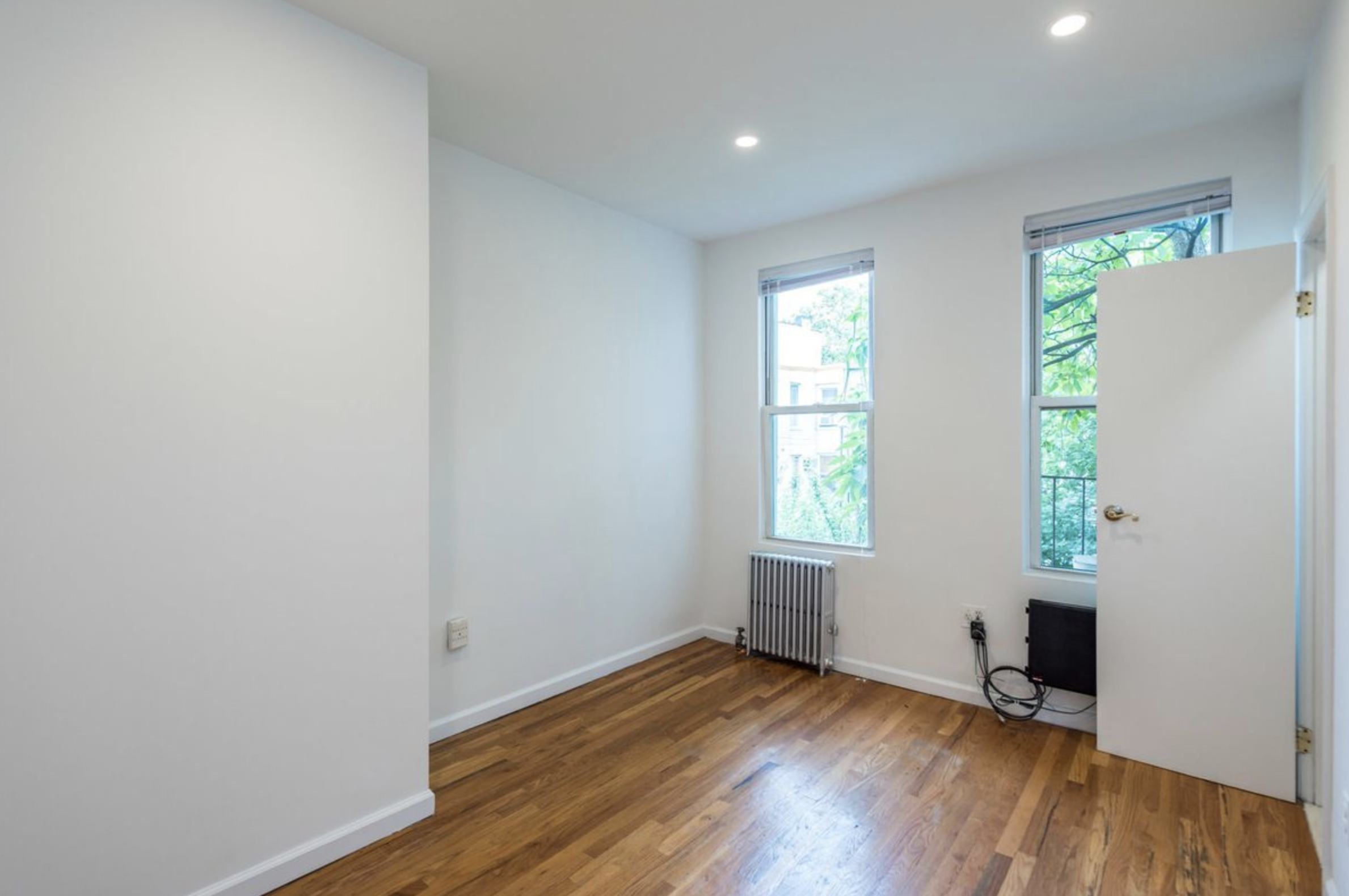 It is unclear which bath is located in which bedroom. Though the rest of the apartment seems to have been recently updated, both baths are a bit dated, but seem to be in decent condition. One has just a shower, while the other has a tub with shower. 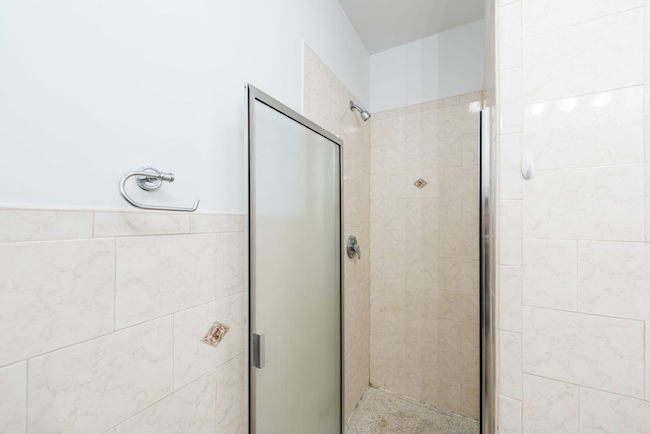 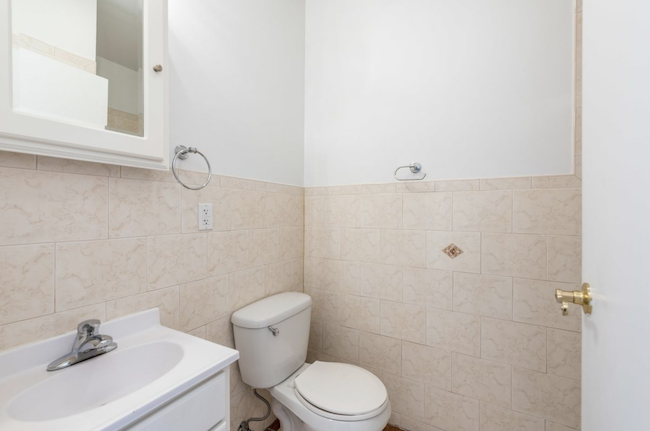 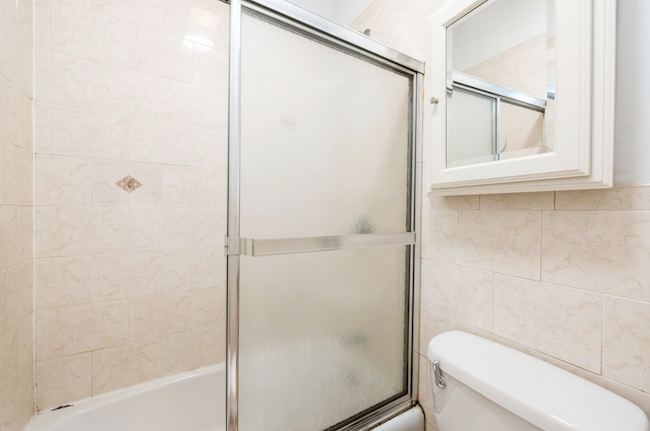 The three-story building was built in 1931 and has five other units. Heat and hot water are included, and there is a broker fee. Pets are accepted upon approval. There is an open house until 8 p.m. Wednesday.

642 Humboldt St. is around the corner from Monsignor McGolrick Park and just a few blocks from McCarren Park. Bars and eateries, as well as the Warsaw concert venue, are also nearby.

The G train stop on Nassau Avenue is a five-minute walk.

Brooklyn Greenpoint rent Rental pick of the week rentals transportation
Brick Underground articles occasionally include the expertise of, or information about, advertising partners when relevant to the story. We will never promote an advertiser's product without making the relationship clear to our readers.
Share:

The virtual co-op board interview may be here to stay

My Brooklyn garden brings me tons of joy, especially now

Ask these questions before accepting an offer to buy your apartment

With layoffs soaring, calls increase for a NYC rent freeze

Quick ways to spruce up the bathroom in your NYC apartment