Report: Battery Park City's 10282 is the most expensive zip code in the U.S. for renters for third consecutive year

In what probably comes as no surprise to New Yorkers, Battery Park City's 10282 has topped a list of the most expensive zip code for renters for the third straight year in a row—thanks to a steep year-over-year increase.

The average rent in Battery Park City is $6,211, according to the RentCafé's annual report. This is a 12.4 percent increase from last year, making it the most significant rent growth among the 50 most expensive zip codes for renters in the U.S. Not only did Battery Park City’s zip code take the number one spot in the report, it’s the only zip code to break the $6,000 average rent ceiling.

Manhattan dominates more than half the list with 26 zip codes, Brooklyn and Queens are also represented with one zip code each. 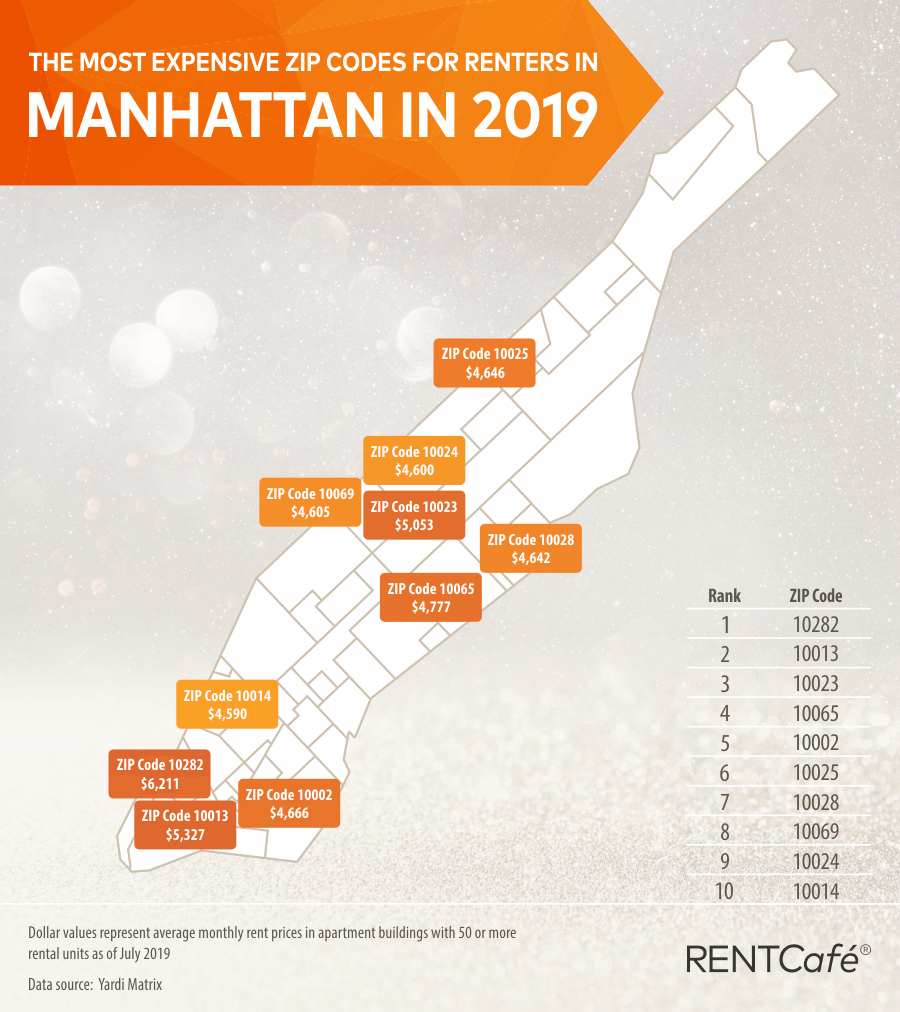 The report looked at rent in apartment buildings with 50 or more rental units in over 130 U.S. markets.

With buyers clamoring for rentals, and pressure from new laws, landlords ask for higher rents in Manhattan and Brooklyn

Tribeca vs. Battery Park City: Which neighborhood is for you?

Which type of non-doorman building is safer in NYC, a walk-up or one with an elevator?

Chinatown: The insider's guide to living there